We have told the story in a previous review of how we first were introduced to Yamaha acoustic guitars back in the mid to late 60s. Not going to bore you again only to say that at the time we thought it was a great sounding guitar. And, if they could sort out the action, which was a little high and stiff, then it would do well.

They did lower the action, and it has done extremely well. And the company has gone on to produce quality, real quality acoustics, for the last fifty or so years.

One of their most popular and respected product lines the FG series goes back those fifty years, and may well have been one of the originals we tried out.

It has developed into one of the most used acoustics, noted for its resonant and warm sound and used by players at all levels.

The FGX series is the smaller bodied version of those impressive guitars.

So, Let’s Take A Look At The Yamaha FSX730SC Acoustic Electric

They have been around for a number of years and as we said were introduced as the smaller versions of the popular FG series. Initially, Yamaha stated in their advertising blurb that they were guitars for ‘smaller women and children,’ though that seems a little strange. 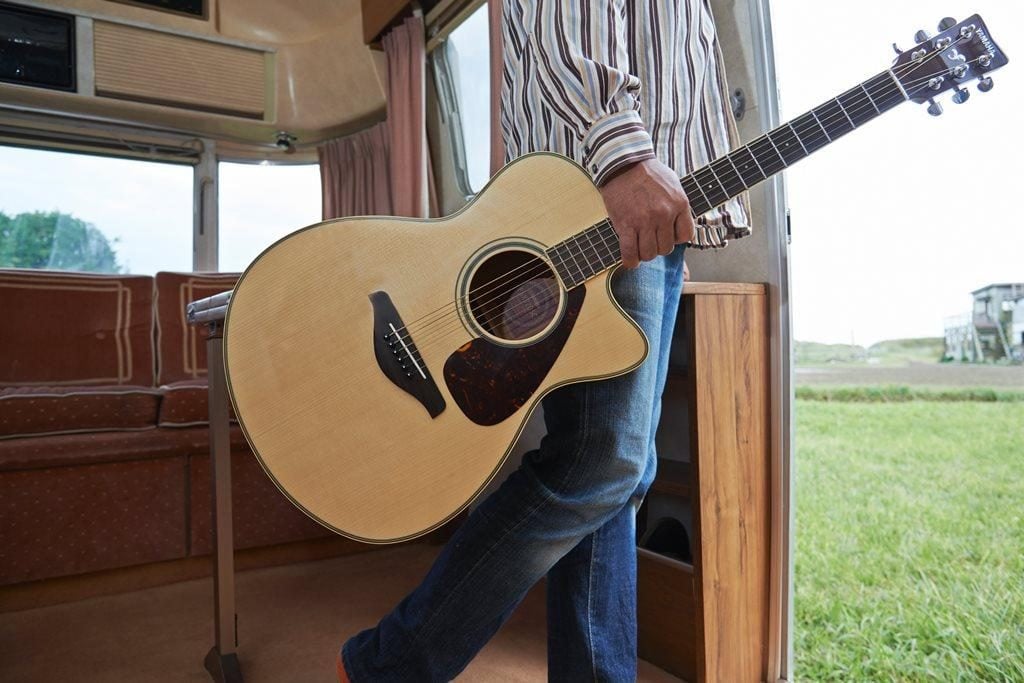 Children we understand but smaller women?

They have since been used by ‘smaller men’ and some very large men as well as presumably some larger women and Uncle Tom Cobley and all.

They are a quality guitar so it can be used by just about anyone!

There are different styles available to suit individual tastes. But, the 730 is built in a Concert style albeit a slightly scaled down version. The look is good and somehow very Yamaha. The spruce top and the pickguard probably going a long way to enforce that idea.

So, let’s see how it is made and what’s on board…

The construction of the back and sides is from Indian rosewood. A wood known for its resonance and warm sound. There is a single cutaway which gives access to nearly the complete fingerboard.

The top is a solid piece of Sitka Spruce, again a wood that is known for its warm sounds. One advantage of combining Rosewood with Spruce is that both kinds of wood mature with age and sound better the older they get. 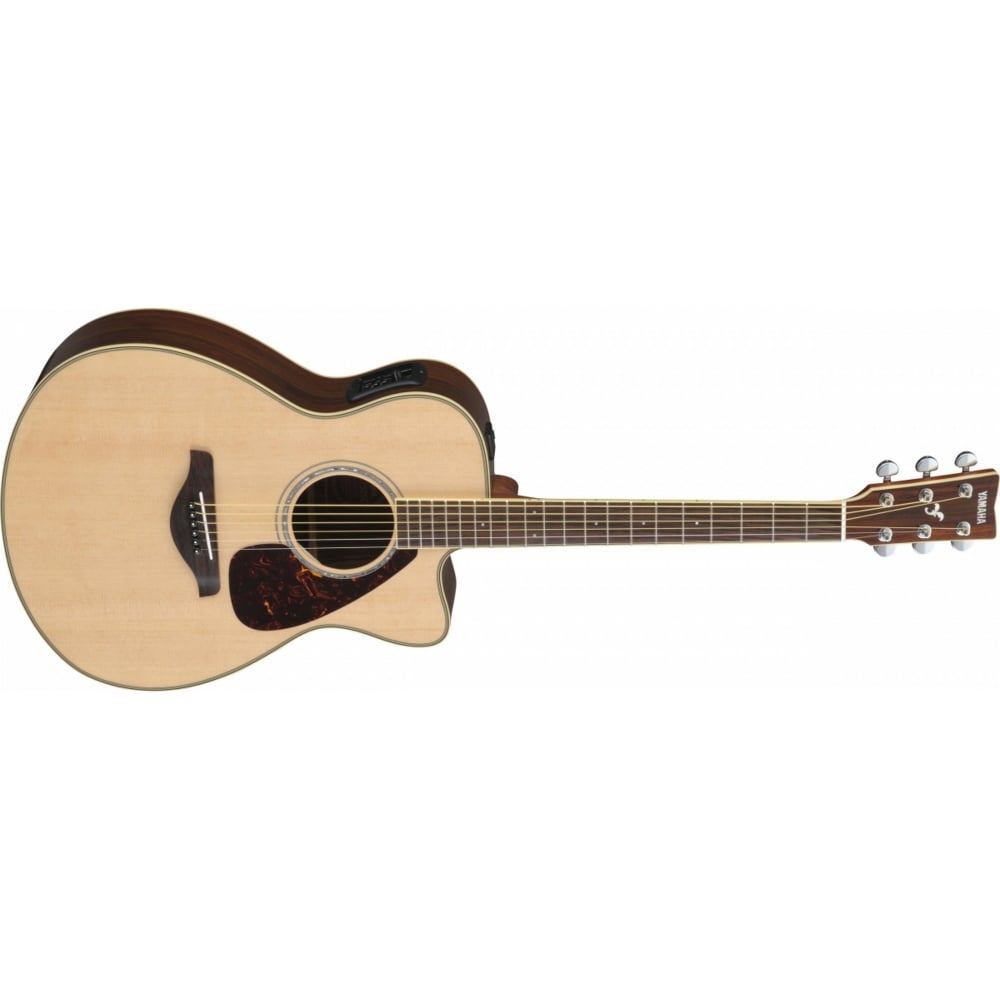 They have utilized there familiar non-scalloped bracing. Which while strengthening the top against the tension of the strings is able to add to the quality of the sound.

Yamaha has included some nice edging around the body. There is also some around the soundhole, giving it a nice look. Plus, there is an attractive tortoiseshell pickguard.

You certainly cannot fault the design, basic and functional as it may be.

Being made in Yamaha’s factory in China, the workmanship is of high quality.

The neck is a full 25 inches and is made from Nato wood. This is a wood that is similar to mahogany. It is finished off with a Rosewood fingerboard with white dot inlays

The neck is fitted to the body using a dovetail neck joint that is hand-fitted. No metal parts are used to make this fitting; thus, the vibrations are made wood to wood. This gives the body the best chance of creating a great, natural, warm sound.

It has a truss rod and a very comfortable playing style with an easy playing neck that is quite slim. 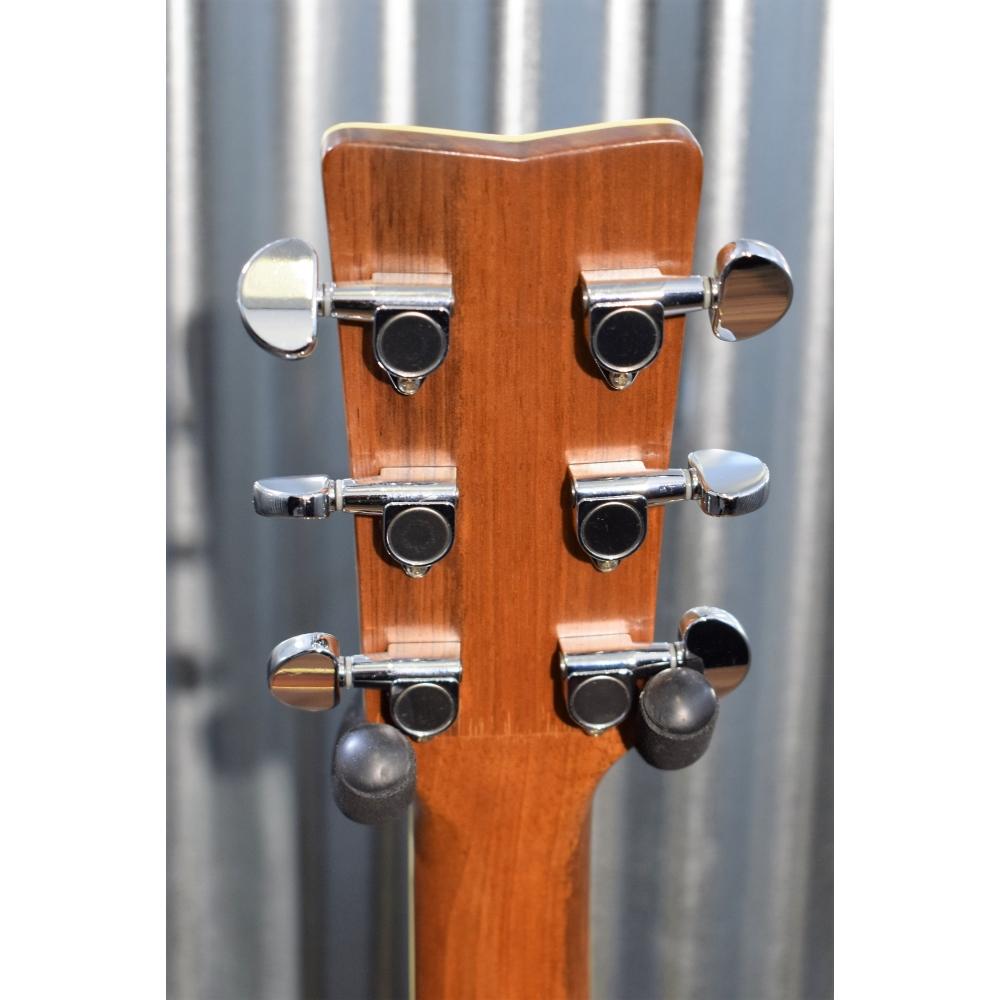 Yamaha has placed on board this guitar some impressive electrics. There is a Piezo pickup located under the saddle, and it uses the respected ART transducer preamp. This has a three band EQ for some tonal variations.

One of the most impressive things, though, is the onboard tuner. This is always such an advantage with an acoustic-electric but so often excluded by some manufacturers. The preamp runs on two AA batteries.

Yamaha hasn’t gone overboard with the hardware, but then there is no need to. It just needs to be reliable and functional, and Yamaha hardware is certainly that. The tuners are made of die-cast chrome and are of good quality, and there is a Rosewood bridge. The nut is plastic.

One thing you can say about Yamaha is that they produce guitars that sound great, acoustic, or plugged in. Acoustically this has a warm, resonant tone that is nicely balanced. The bottom end is there but doesn’t boom out, and the notes are crisp.

The top end rings out and is not too overpowering

The fact that it is a slightly smaller body doesn’t seem to have affected the sound too much. And the resonance is still very good. It sounds good, strummed, or played finger-style. And, it is also surprisingly loud for a guitar with a smaller body.

When it is plugged in, it becomes a slightly different animal

The tops and bottom end are, of course, accentuated; you would expect that. But, the onboard EQ allows you to control and boost the mid frequencies to give you a warm, full, and rich tone.

This means you can set the tone to suit your style of playing whether you are strumming or playing finger-style. It gives you everything from some warm rhythm to some steely picked notes.

Yamaha builds very good guitars. There is no denying that, and have done for many years. What they do that is even better though is build great guitars at a cost-effective price. This instrument is a case in point.

If Yamaha has a problem, it is in the perception of their general quality in some quarters. Even though there are many, who recognize how good these guitars are, we hear so often if it isn’t made in a particular country, then it cannot be good.

We hear people announcing their status symbol of this make of guitar or that make of guitar when asked what they play, assuming that if it is anything else, it cannot be quality.

There was a time that those feelings were quite right, but not so much now.

Beats the socks off the competition…

At the top end of their range, Yamaha make guitars the equivalent of any of them. But, it is here at the premium end that they beat the socks off the competition. Because unlike some, they do not use inferior materials. They also largely keep some of the hardware and other onboard attributes the same as what goes into their expensive stuff.

In that way, they are better manufacturers. 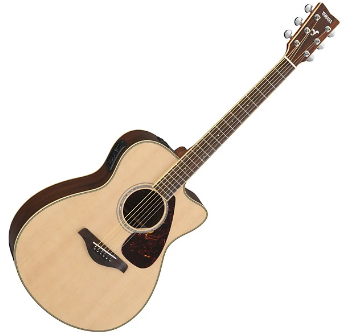 This guitar is a quality instrument all around. And, the only issue to ponder is how on earth they can produce a guitar this good at this price. In our view, it is better than some of the others three or four times more expensive.

This guitar is going to sing…

Yes, it could be a starter or learner guitar. It is smaller in size, easy to handle and play, nice action, but it is far more than that. In the hands of an experienced player, this guitar is going to sing.

Maybe it is a little too good for someone just starting out. Though obviously the better the instrument, the easier it will probably be for them.

This guitar, if bought as a back-up, is likely to take the place of the guitar that it is backing up. It is one of those guitars that makes you just want to play.

Take us to the shop.

We really shouldn’t be surprised this guitar is so good. Quality manufacturer, good materials, well crafted and built, great electrics and a great look about it.

Of course, it is going to be good, and the price?

Its cost puts this guitar at a level all on its own. You will not find better quality made by anyone, anywhere than this. It is a great guitar and goes on our Christmas list.

We really do, though, have to try and find something we don’t like. Just for the sake of balance, but it is very hard with this guitar.

The only thing we can think of is that it doesn’t come with a case or a gig bag. You wouldn’t expect a case at this price, but maybe a bag could have been included.

Hardly an issue though and one we are more than willing to overlook.

So… we raise a glass to the ‘smaller ladies’ whoever and wherever you are? For inspiring a work of art and a great guitar.