Home » Drums » Who Was the Drummer for Nirvana?

Nirvana was a very short-lived but huge band from the 1980s and 90s. But who was the drummer for Nirvana? While they had an unsuccessful string of drummers at the beginning, the longest-serving and best-known drummer in the band was none other than Dave Grohl.

Yes, Dave Grohl was the drummer for Nirvana…

If you’re familiar with Grohl but still have to ask about his Nirvana credits, that’s probably because you know him from the Foo Fighters. This was a solo project he started after Nirvana that has grown into a very successful band. But before the Foo, Dave Grohl was a Nirvana alumnus. 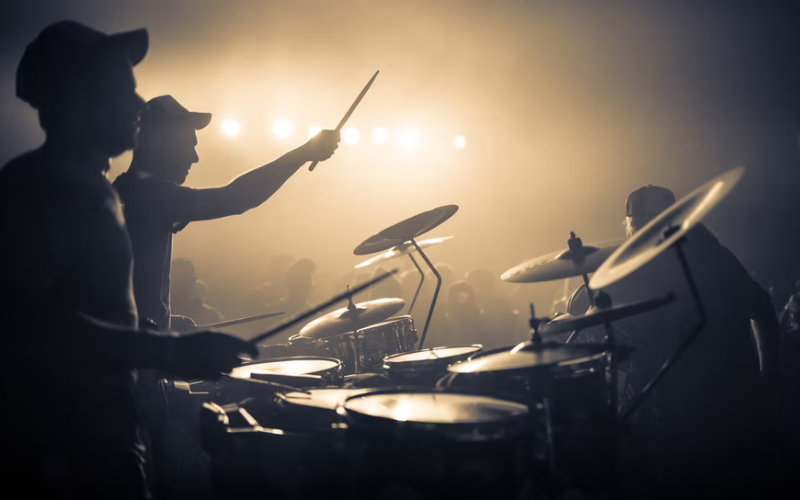 Dave Grohl was the last and longest-serving drummer in the band Nirvana. He joined the band in 1990 and was a member until the end. But before him, six other Nirvana drummers were either members or temporarily played with the band.

The first drummer known to have played with Krist Novoselic and Kurt Cobain together was Bob McFadden. He only lasted a month, however, and this was arguably before the band was actually a band.

Recruited in 1987 before they had settled on a name. They variously called themselves “Fecal Matter,” “Pen Cap Chew,” “Ted Ed Fred” (a play on Right Said Fred), and, ironically, “Skid Row.” Cobain and Novoselic both moved to other cities and lost contact with Burkhard, and that was basically that.

In 1988, the band started to practice together again, this time with drummer Dale Crover from the band the Melvins. Crover played on Nirvana’s first demos, which they recorded in January 1988. But after that, he moved away to San Francisco, once again leaving the band without a drummer.

However, Crover recommended Dave Foster to replace him. Foster played with the band for only a month before having to do a stint in jail. And while he was in jail, guess what? He was replaced. This time, Aaron Burckhard. However, Burckhard was reputedly unreliable and was apparently fired from the band by Cobain after being too hungover to attend practice.

From 1988 to 1990, Nirvana worked with drummer Chad Channing. According to him, though, he was never officially a part of the band. His work included being the drummer on Nirvana’s debut album Bleach, which was released in June 1989.

But like all the other drummers before him, Channing’s time in the band was to come to an end. Cobain and Novoselic weren’t altogether impressed with his drumming, and Channing wasn’t happy with not being a part of songwriting. So in mid-1990, he left the band.

After that, Dan Peters of Mudhoney worked with Nirvana, recording drums for their single “Sliver.” Dale Crover also came back to fill in on a West Coast tour.

But in the end, there can be only one…

In September 1990, Buzz Osborne from The Melvins introduced Cobain and Novoselic to Dave Grohl. He was playing with Washington, D.C. hardcore band Scream, but that band was destined to break up.

Grohl auditioned for Nirvana, and in Come As You Are: the Story of Nirvana, Novoselic is reported as saying, “We knew in two minutes that he was the right drummer.”

So the list of drummers who worked with Nirvana is Bob McFadden, Aaron Burckhard, Dale Crover, Dave Foster, Chad Channing, Dan Peters, and finally Dave Grohl. In a nutshell, that’s the short answer to the question, “Who was the drummer for Nirvana?”

Nirvana was the 80s and 90s band known for helping to bring the Seattle grunge scene into the spotlight. They were also known for wild onstage antics, and, of course, their tragic ending. Let’s look at how they got started on this rollercoaster ride.

Kurt Cobain and Krist Novoselic met in high school in Aberdeen, Washington. As we’ve already seen, they enlisted a long list of drummers to play with them before finally settling on Dave Grohl.

The band played in and around Washington state in the late 1980s and recorded their first full album, Bleach, with Sub Pop Records. That album was released in June 1989 and was a big hit on college radio around the US.

The band was doing OK…

But, Cobain thought they could be more successful and that they had a new sound to offer. So, they went looking for a new label and found it in DGC Records. They then recruited Dave Grohl to complete their well-known lineup and recorded Nevermind, their 2nd studio record.

On September 24, 1991, Nevermind was released and became huge. The song “Smells Like Teen Spirit” was powered by an exciting and strange video to become a massive hit that nobody saw coming.

The rest of the album also took off and became a signpost on the journey for the success of grunge music. The album was certified Diamond by the RIAA and sold over 30 million copies worldwide.

A collection of their rare recordings and bootlegs was compiled into the album Incesticide and released in December 1992. By this time, Nirvana was a worldwide phenomenon, touring the US and appearing on the MTV Music Awards as a guest and awards recipient.

The band returned to the studio in 1993 to record In Utero, their follow-up to the smash hit Nevermind. By this time, frontman Kurt Cobain had already become married to rocker Courtney Love. Recording In Utero was difficult, and the album was delayed.

It was finally released on September 13th, 1993. Although it went Platinum in the US and other countries, it wasn’t the huge follow-up hit many people were expecting. The band also recorded an MTV Unplugged session which was ultimately released as a live album in 1994. This performance showed a very different side of the band, further extending their following.

Despite their incredible success, the band struggled to find relevance and a way forward. Cobain also fought with alcohol, heroin, and other substance abuse as well as depression. In April 1994, this came to a head, and Cobain was found dead in his house. It was ruled a suicide, and a note was left quoting Neil Young’s lyrics, “It’s better to burn out than fade away.” 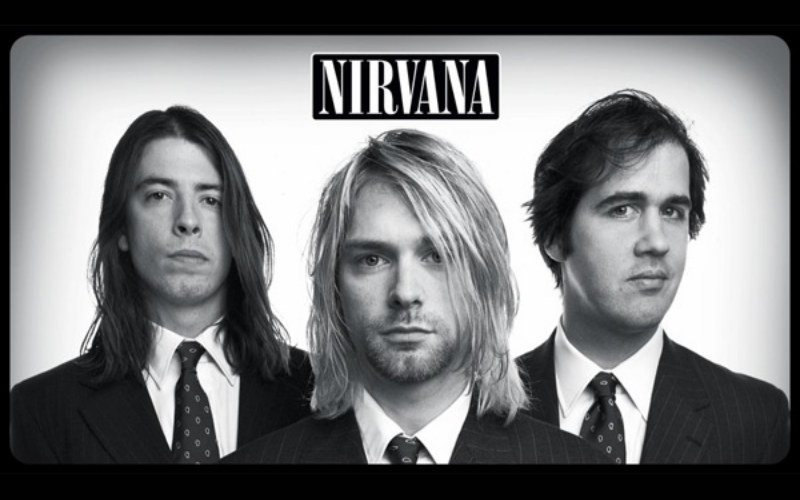 The tragic ending to Nirvana threw the other band members out of whack. Novoselic ultimately ended his career in music and pursued other interests. But Dave Grohl, the drummer for Nirvana, felt music was his life.

In late 1994, he recorded a solo demo of 15 songs with nearly all the tracks played by him. That’s right; he could do more than just drum. While he passed the demo around, Grohl tried out drumming in other bands, like Tom Petty and the Heartbreakers and Pearl Jam.

But in the end, the interest he got from his demo inspired him to put together a band and also to release his re-mixed demo as the first Foo Fighters album in July 1995. A “foo fighter,” by the way, is a long-used military term for a UFO or other unknown phenomena.

The band went through growing pains, including changing drummers in 1997. But they forged on and found a new line-up that would be more or less consistent up until the present day.

Grohl is well known for relentless touring and powerful, interactive concerts. The band has released ten studio albums to date, with their last album, Medicine at Midnight, dropped in 2021.

Grohl normally sings and plays guitar in this band, both live and on records. However, he does once in a while show his stuff on the drum kit in live shows and has recorded a few drum tracks himself. However, he claims that Taylor Hawkins, the Foo’s drummer since 1997, is the best drummer in the world and way better than himself.

Besides being the best-known drummer in Nirvana as well as the Foo Fighter’s frontman, Dave Grohl has stuck his fingers into a bunch of other pies.

He has performed on drums, guitar, and voice with other performers and bands as diverse as David Bowie, Bruce Springsteen, Tony Iommi, Tenacious D, Queens of the Stone Age, Nine Inch Nails, Garbage, Slash, The Prodigy, and many more acts.

In 2009, he started playing in the supergroup Them Crooked Vultures with John Paul Jones of Led Zeppelin and Josh Homme of Queens of the Stone Age. This band took a big break in 2010 but have loose plans to get back together again… sometime.

In addition to music…

Grohl has also done a lot of work in TV and film. He has performed as an actor, produced videos for his and other bands, and directed documentaries. With all the bands he has played with, Grohl has been a musical guest on Saturday Night Live 14 times, more than anyone else to date.

You may also like our handy articles on How To Set Up Your Drums, Songs With Incredible Drum Solos, Hardest Songs to Play on the Drums, Derek Roddy’s Double Bass Technique, and The Nashville Number System for Drummers Explained for more useful information about playing the drums.

Who Was the Drummer for Nirvana? – Final Thoughts

As we saw, Nirvana had a string of drummers before settling on their final and most well-known Nirvana drummer – Dave Grohl. He contributed to two of the band’s three studio albums and toured the world with Nirvana until their tragic ending.

But, the unstoppable Grohl moved on to other projects. He’s now the guitarist and lead singer of the Foo Fighters and has worked with dozens of other acts as a drummer, guitarist, and singer. In short, Dave Grohl is an unstoppable music machine whose successful career started with Nirvana and continues today.

1 thought on “Who Was the Drummer for Nirvana?” 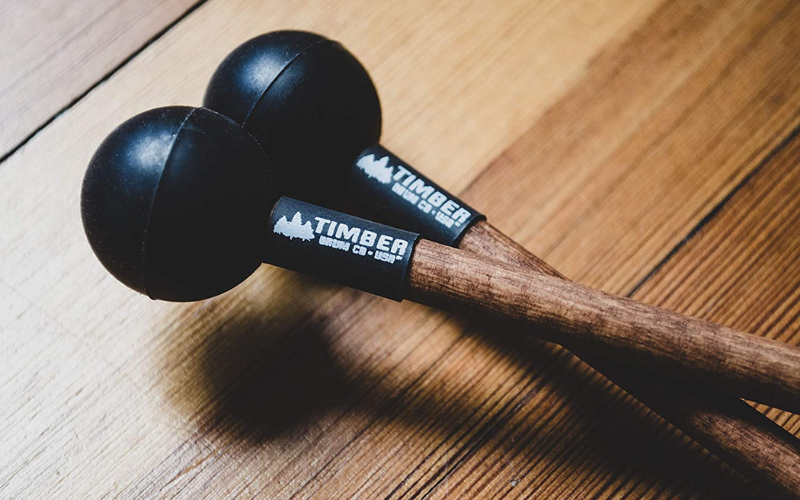 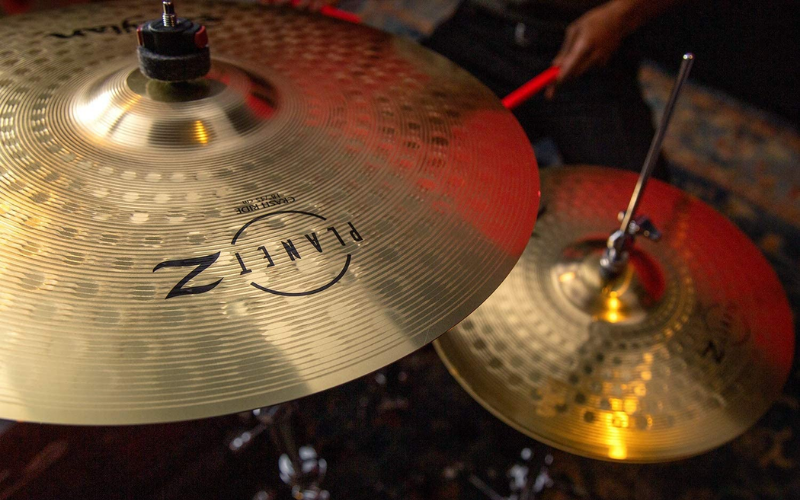 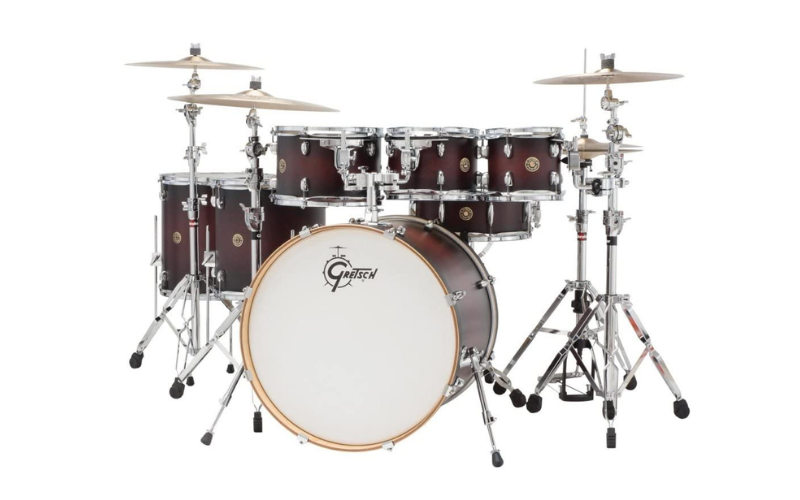 1 thought on “Who Was the Drummer for Nirvana?”