The Vox amPlug was first launched in three variants: Metal, Classic Rock, and AC30.  Since then, more versions have been produced, and we project more in the future as amPlug continues to spread its wings. Other versions currently on the market include Classic Rock, Blues, Bass, Metal, Lead, and Clean. This article, however, covers the Vox amPlug 2 AC30 review.

All versions have the same basic features, but the difference is in the sound that the musician is looking for. The concept behind Vox amPlug is that you plug the amp directly into your electric guitar, then insert headphones.

But, what is a guitar headphone amplifier?

The AC30 is a guitar headphone amplifier, basically an extremely small portable amp, and allows you to hear the same sound as you would from a standard amplifier when you play via headphones, but in a smaller version.

With this compact amplifier, you can play your guitar in total silence when you are traveling or when you don’t want other people to listen to what you are playing. 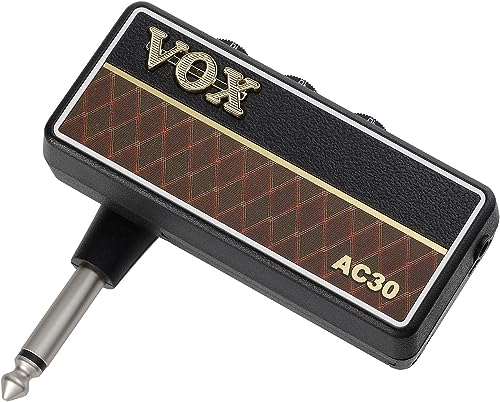 If you always find yourself playing your guitar in crowded rooms, you and possibly the other people sharing the room will love the amPlug 2 AC30. The amplifier lets you practice at any time without interfering with other people, let them watch the TV while you noodle away. Plus, you will not feel self-conscious because no one else can hear you.

If you travel a lot, the amp provides a better way to continue playing your guitar without bringing a traditional big heavy amp with you everywhere you go. 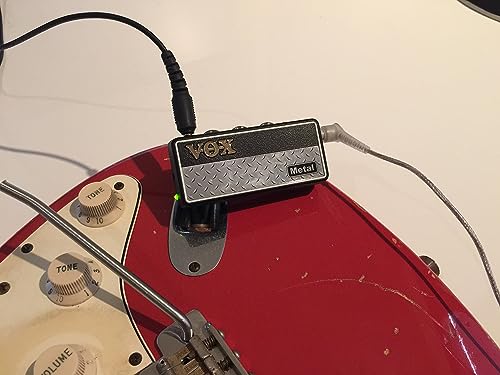 If you are working to improve or enhance your skills, the Vox amPlug amp gives you the opportunity to play in silence. Your housemates or family members will most likely hate to hear the same sweep picking exercise 200 times, so the AC30 offers an impeccable way to practice.

Plus, if you like simple tones from a guitar straight through an amplifier without any effects, the AC30 provides a direct sound suitable for simple rock tones.

Features of The AC30 Amplifier

The amp will fit your palm comfortably. It is made of plastic and easily plugs into your electric guitar. It comes with a 6.35mm jack for use with different instruments. But because it plugs directly into the guitar, caution must be observed when putting the guitar down. It would be best if you use a guitar stand. 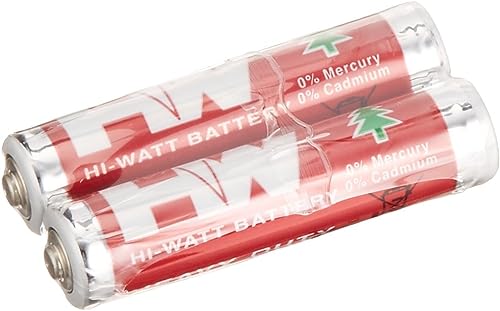 The power switch is located on the side and comes with two settings – ON and standby. Some models have an FX option, though. Three control knobs are available for controlling volume, gain, and tone. By tweaking these controls, you can get anything from a nice clean tone to medium distortion.

The aux input allows you to connect different devices, including an MP3 player, smartphone, or an iPod, basically anything that has a 3.5mm jack. This is useful for backing tracks or drum machines.

You need to use the 3.5mm output jack to connect to your headphones. You can also plug the amp into any speaker system with a 3.5mm, such as computer speakers.

Using the Vox amPlug 2 AC30 easy. Just plug it into your electric guitar and connect your headphones or speakers. You may have to adjust the controls from time to time, though to get the tones you are looking for. 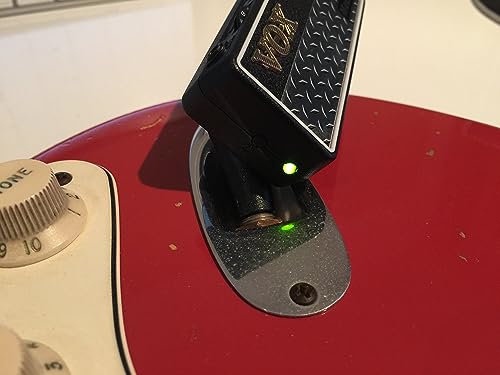 If you are using a strat-type guitar or any other that has a jack on the face of the body; it will be easier because the amplifier will sit at a convenient position. With a guitar that has a jack on the side, such as a Les Paul or Telecaster type guitar, the amp will not be visible from a normal standing or seated position.  So, you will have to flip your instrument over to use the controls.

This is only a small inconvenience, and once you find the right tone, you will not need to worry about it. The AC30 produces a simple sound. And because there are no preinstalled effects, you simply tweak the gain settings and tone to your desired sound, and that’s it.

The amPlug 2 AC30 amp features 100 percent analog circuitry. Thus, if you do not like digital modeling technology, the Vox amPlug AC30 might suit you. Despite being a compact device, the amp produces an excellent tone.

It produces the AC30 style sound. Remember this device is designed primarily for silent practice, and even though you could use it to record, do not expect the highest quality sound-wise, this is fun, cheap and cheerful, not studio quality.

The amplifier does not have enough gain for heavier metal tones, which is the reason it comes in different models suited for various styles. If you are looking for a high gain setting for metal, consider a metal version.

Similarly, if you like to play the lead, a lead version would suit you. As noted earlier, all amPlugs share a lot of the same features and quality, so you can choose the version that suits your style of music.

We found this amp to be perfect for rhythm parts and had a lot of gain for a simple classic rock or pop tone. We felt that the lead sound required some slight gain because it was quite thin. Nonetheless, everyone player is different. So, this shouldn’t put you off.

Being made of plastic, the AC30 can easily break or damage. It would be great to see a version made from metal, although this would make it costlier. So, you need to be careful when putting your guitar down while the amp is connected.

When it comes to built and design, both models look and weigh almost the same. All amPlug amps are super light, but also sturdy.  The plastic casing has a solid built, although it may break if it hits the floor very hard.

Both models use two AAA batteries, but the difference between the AC30 and the regular model is that the former comes with an On/Off button while the latter has a switch. Although not a major improvement, it lets the amp power off automatically.

Also of interest might be our review of the Fender Super Champ X2 Tube Amp.

The Vox amPlug 2 AC30 is an ideal device for musicians who do not want to carry a lot of accessories and makes simple practice incredibly quick and easy. The amp is a built-in device and doesn’t require a separate cable, just plug it into your guitar and use it. The advanced analog circuit produces bright and organic tones that are similar to those produced by an actual AC30.

Additionally, the modes, setting, and effects allow you to experiment as much as you want, and find your desired sound. Plus, if you are one of those people who forgets to turn your amp off, the auto-power off function will come in handy.

The Vox amPlug 2 AC30 is worth every dime! 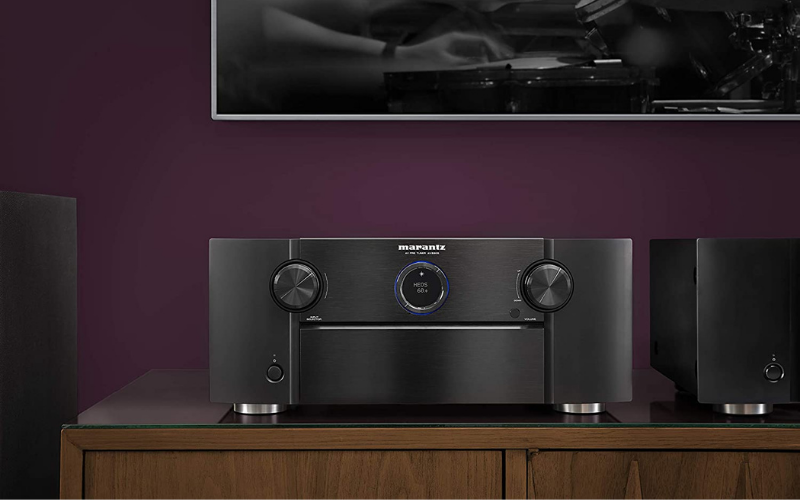 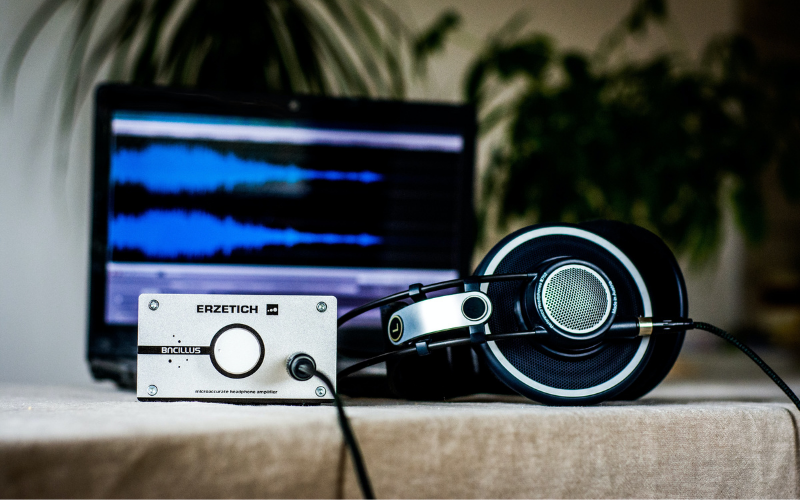 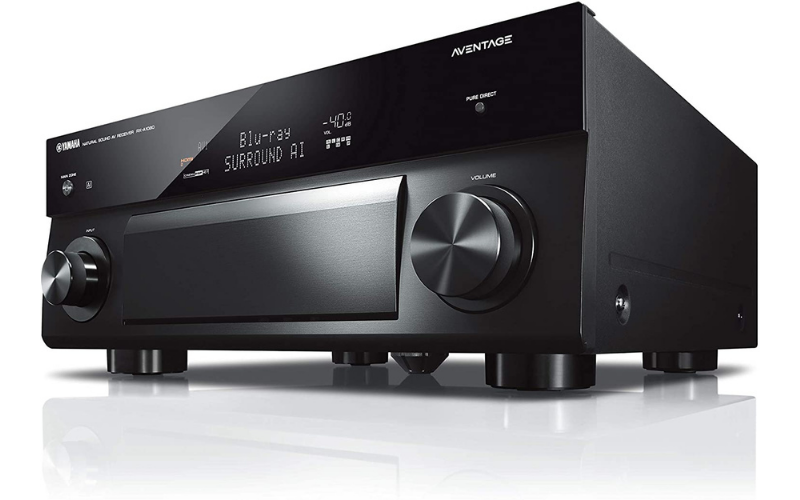