The second-generation Ultimate ears Boom has just got better.

We liked the first waterproof generation of UE Boom. There was plenty to like and we think that there’s plenty to like with this version too. This Boom 2 undoubtedly ticks a lot of boxes for a go-anywhere, tough and rugged little speaker.

The Ultimate Ears BOOM 2 speaker is very much a case of evolution rather than revolution. There have been a few tweaks here and there, but otherwise very little has changed.

So, the question is, has the new Boom 2 evolved enough to persuade you to part with your hard-earned cash?

So, let’s get this Ultimate Ears BOOM 2 Review underway and find out…

The Ultimate Ears Boom is a robust and feature-packed Bluetooth speaker.

It weighs just 1.2 lbs and measures a compact 2.5 x 2.5 x 7 inches and this lean weight and size are a huge part of its appeal. There’s other cool stuff too of course.

As you’d expect from a product aimed at the younger market segment, the UE boom has plenty of modern connectivity. This includes Bluetooth, but that clever kind, you know, the one with one-touch NFC connectivity.

We found the Bluetooth connection to work seamlessly and uninterrupted for the entire time it was used. It claims to keep a signal up to 100 feet which we don’t doubt. We managed a slightly less 80 feet with no problems at all. 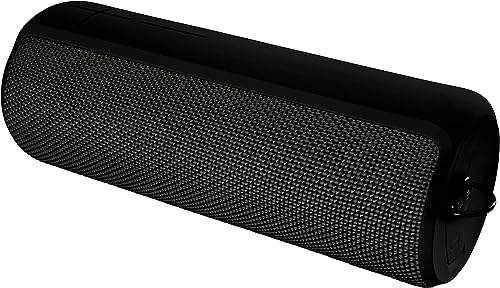 Happy it still has the 3.5mm input…

For anyone who doesn’t want to use wireless connectivity, in this day and age that’s no one under 25, it’s got a standard 3.5mm input and micro USB. It’s probably worth pointing out that the new Boom 3 will be doing away with the 3.5 mm input.

This is clearly the way things are going but we think that may be a bit premature.

The Ultimate Ears Boom 2 speaker now has Tap Controls that were missing from the original model. You can operate your music by simply picking up the speaker and tapping it.

This works in very much the same way as with modern headphones and is certainly a useful and easy way to quickly change tracks.

Nice and easy and just how we like it.

To get the most out of this speaker there’s no doubt that it’s worthwhile downloading their app.

The app has a few nice little features up its sleeve.

Once you’re in the app it gives you the option of using the equalizer to shape your sound. Additionally, if you want to add some extra noise to the party, you can connect to another 50 Ultimate Ears devices via Bluetooth.

We’re impressed if you know 50 people, all at the same party, with an Ultimate Ears Boom 2 speaker.

We like this feature, but even better, the Block Party feature allows another two devices to connect to yours, select tracks and get into the Djing with you. But don’t worry, if their musical choice sucks, you have an override track selection feature.

It has rechargeable batteries that are rated as having a battery life of 15 hours. That’s honestly optimistic, guys. Even at ¾ volume, we think closer to 10 hours is a more realistic figure. It’s not 15 hours but never the less it’s still very respectable.

One last feature is that the Boom 2 can also be used as a speakerphone to take calls. Simply press the Bluetooth connect button once to connect your call and press it twice to disconnect the call.

We have to hand it to the guys and girls at UE, they built this thing tough, really tough.

There aren’t many speakers you can drop from 5 feet, roll around in the mud, and then drop into the pool, and still expect to work. However, this is one of them.

No need to actually do this with it…

We don’t advise you to do any of these things, and probably neither do UE, but it’s reassuring to know that if you do, there’s a good chance it will still be working.

The Boom 2 is certified IPX 7 so we do think it reasonable that it will adhere to these standards.

The tubular design and near 360-degree wrap-around metal mesh looks great. The six new, and we think better, color choices look great too. The contrasting colors of the main body of the speaker, and the mesh, work well in all the color variants.

The only markings on the Ultimate Ears Boom 2 is a subtle UE logo and an elongated cross on the main body of the speaker. It’s all very understated and works perfectly with the rest of the design. 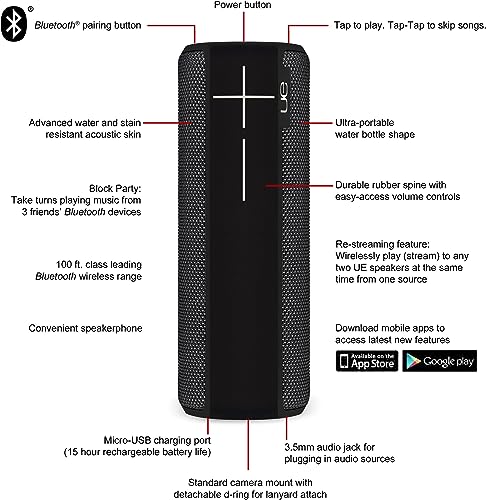 Nice carrying case, if you insist…

One final thing is that there’s a Boom 2 carrying case, available by separate purchase, should you feel the need. Since the speaker itself is as tough as nails and has a carrying loop on the top of the speaker, we don’t really see the point though.

Now what we’re sure you really want to know is, does the sound match the killer looks and the bulletproof build quality?

The Ultimate Ears Boom 2 has been updated from the previous model and now claims to be 25% louder. The two drivers have grown from 1.5” to 1.75”. Additionally, the passive radiators have been beefed up from 2” to 3”.

This has definitely been enough to make an impact and we feel the 25% increased volume claim is accurate.

Avoid pushing it to its limits…

The old and new model’s sound starts to get a little bit messy at around 75% volume. Consequently, you will get some better sound clarity at higher volumes. Our advice remains the same with both models. Where you can, try to avoid pushing the Boom 2 to its limits.

If you stick with this advice, the good news is that when the Ultimate Ears Boom 2 speaker is played within reasonable limits, it sounds surprisingly good. Other than clearer sound at higher volumes, the change to the drivers hasn’t appeared to produce any further improvements in sound quality. To our ears, everything else has stayed the same.

The bass has stayed nice and punchy though, not surprisingly, the speaker struggles to reach down to the lower frequencies. However, given the limitation of the size of the speaker, it performs pretty well. The treble is accurate and clear and gives plenty of detail right up to the higher frequencies.

The mids are possibly the least well represented of all the main three frequencies. The sound isn’t as scooped out as some speakers and headphones but they still sound overwhelmed by the bass at times.

Worth playing around with the app…

The truth is though, that since the Ultimate Ears Boom 2 speaker has an App, that can be used to do some sound shaping, we don’t see the thin mids as being a deal-breaker.

The Ultimate Ears Boom App is a great tool to get creative and add in some of those mids. Or even take them out if the music and crowd demand it.

Basically, these speakers sound a lot better than we’d expect for a fashion speaker. With all the features the Boom 2 has to offer, we feel the sound quality is very fair. Of course, you can find better-sounding for this price but you can find a lot, lot worse too.

The bottom line is that the Ultimate Ears BOOM 2 will give you plenty of features together with a granite-like build quality.

Considering the price, we think you get an amazing looking speaker that has all the modern connectivity you’d ever want, and the ability to be taken wherever you want, for a fair price. We also think that the sound quality, again considering the price and speaker design, offers fair value.

For any of you wanting to party outside or wanting to take the party where ever you go, the Boom 2 speaker is a hard package to beat. 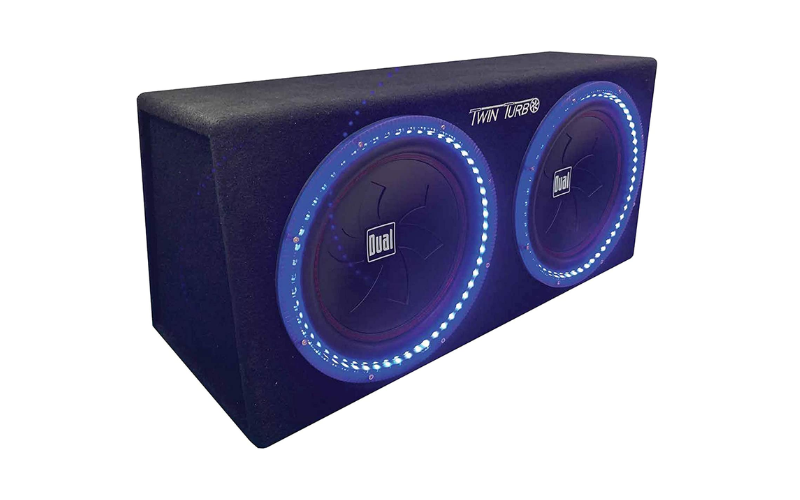 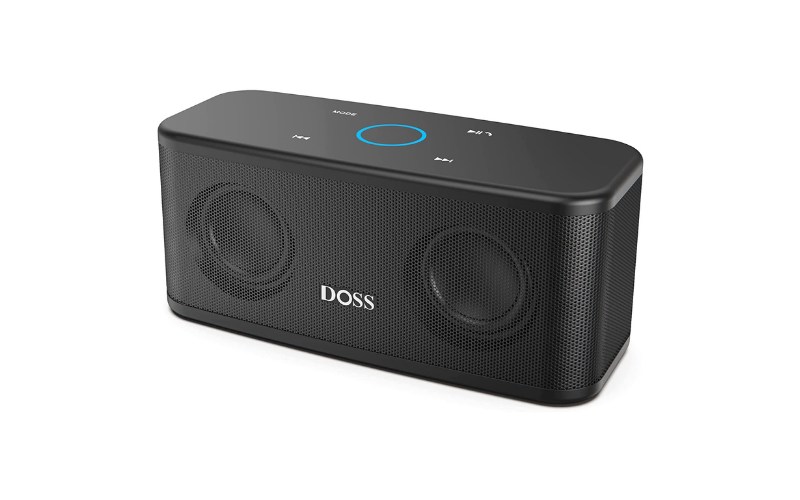 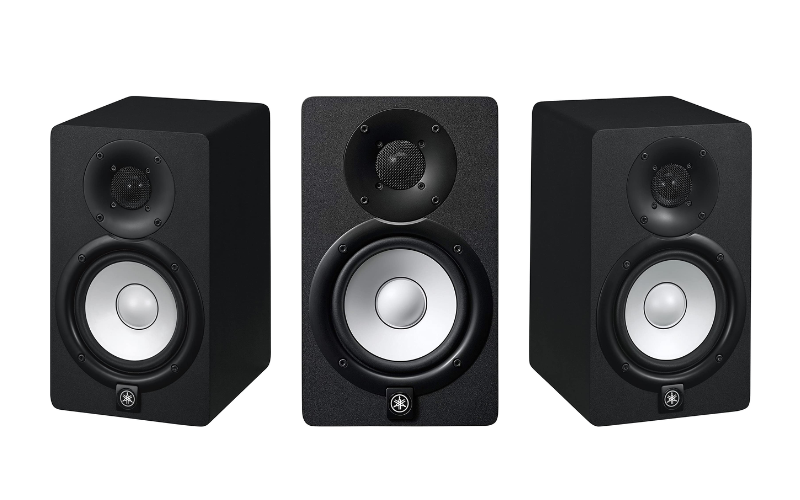