When it comes to the sound a guitar makes and how it plays, there’s a component that often gets overlooked. Especially as it relates to intonation and tension on the strings, and that would be the bridge.

There are a few different types of guitar bridges. Each has a certain “niche” when it comes to playing styling and musical genres. However, there is one type of guitar bridge that remains mostly ignored – the Roller Bridge.

It’s not a Japanese Game Show

Although, it could be with a name like that. Contestants must cross moving bridges while wearing roller skates and simultaneously getting pelted with Nerf balls.

I might just tune in for that show. But, this is the guide to roller bridges for guitars. So, put away those knee pads Hiroshi, it’s time to learn all about roller bridges.

What are Roller Bridges? 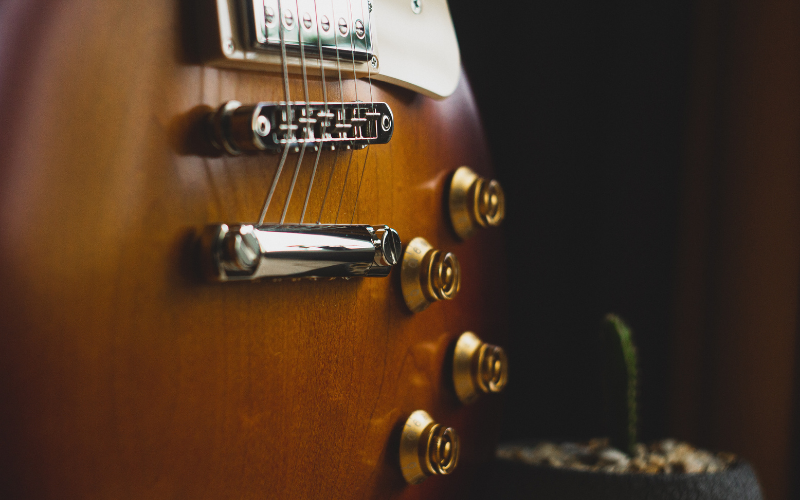 In the most basic terms, a roller bridge is another version of a Tune-O-Matic bridge. We will get to comparisons between the two later on. But the main purpose or “niche” of a roller bridge is for guitars with a Bigsby-style tremolo system. Otherwise known as a whammy bar or tremolo arm.

One thing to clarify are the terms “vibrato” and “tremolo.” The whammy bar systems you find on some guitars are accurately called “tremolo systems,” but the effect they create is vibrato. This is because vibrato refers to pitch changes, while tremolo refers to volume changes.

As a result, the two words are often interchanged when talking about these kinds of guitar bridge systems. And because both effects are a kind of modulation, they sound very similar. Further adding to the blurred meanings.

So, when Leo Fender rolled out the first “Tremolo System” on the 1954 Stratocaster, the name stuck. When in actuality, his new system was changing pitch (vibrato) and not volume (tremolo). But hey, when you’re Leo Fender, not many people stand up to correct you.

Roller bridges first appeared in the 1960s. They came about being touted as the bridge system that works best with Bigsby tailpieces. That meant most were seen on Gibson, Epiphone, and Gretsch guitar models. Usually on semi-hollow body guitars geared towards jazz and blues styles of playing.

The main thing that makes roller bridges different from other tremolo system bridges is the saddle design. As the name suggests, the saddles roll along the strings. The saddles look similar to little spools, rather than the wedge-shaped saddles with v-cut grooves where the strings sit found on other kinds of guitar bridges.

The idea is that a rolling saddle reduces tension, pressure, and friction on the strings when using the tremolo arm (aka a whammy bar). Thereby reducing damage to the strings and ensuring greater intonation stability and accuracy. That’s one of the main benefits of a roller bridge. In simpler terms, a roller bridge “stretches” the strings rather than “bends” them.

Roller bridges allow for more string movement than many other types of guitar bridges. As a result, they work best with Bigsby tailpieces. This is because a Bigsby tailpiece clamps the strings, which is not very “tight” when compared to something like a locking bridge system.

Additionally, you will find roller bridges used in combination with Floyd Rose and Kahler tremolo systems. Both benefit in the sound and intonation department of the roller bridge design.

But, as stated, you could put a roller bridge on a Strat or Les Paul. The thing is, it’s not made for those guitars, and it will change the way they play and sound. Especially a guitar like a Stratocaster, which has notoriously “tight” strings. Part of the reason Strats have such nice sustain is because of the bridge type commonly found on them.

Who Are Roller Bridges For? 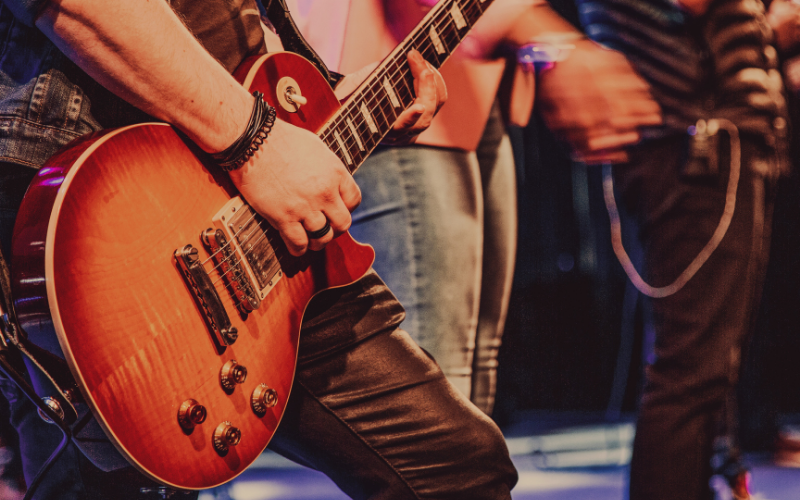 The obvious answer is guitar players who use any kind of tremolo system on their guitar. However, it is not limited to only them. Because rollers allow the string to move side-to-side as well as up-and-down, they have the benefit of reducing string breaks at the bridge.

So, if you use a lot of string bending in your playing, there’s a real advantage to using roller bridges. Furthermore, this applies even if your guitar does not have a tremolo system. Just be aware that you’re likely to lose some of the sustain you used to have.

Likewise, guitarists who play fast and hard can reap the advantages of a roller bridge. The same logic applies to the string-benders. Roller bridges reduce friction at the point of contact between the saddle and the string. Therefore, speed playing won’t wear out the strings as quickly as another bridge type would.

Roller Bridge or Tune-O-Matic Bridge – Which is Better?

As mentioned early, roller bridges are a kind of Tune-O-Matic bridge. Anyone who has a Les Paul knows what a Tune-O-Matic bridge is. It first appeared in 1954 on Les Paul Custom guitars and one year later gained iconic status as the bridge of the Les Paul Goldtop.

Of course, that group goes beyond just Les Paul owners. Without the Tune-O-Matic, guitars would not be what they are today. It is the most commonly used type of guitar bridge in the world. Broadly speaking, in my opinion, Tune-O-Matic bridges are better than roller bridges. But, that is based primarily on the versatility of the Tune-O-Matic bridge.

Having said that, it doesn’t mean that is always the case. For some guitar players, roller bridges are better than Tune-O-Matic bridges. It will depend a lot on the kind of guitar you have, the genres of music you normally play, and your playing style.

The Guide to Roller Bridges – Pros and Cons

Looking for Some Great Guitar Gear?

Hopefully, you learned everything you wanted to know about roller bridges from this little guide. The bridge of a guitar plays a much larger role than is often thought. And as you specialize your sound and playing style, the more important choosing the right guitar bridge will be. So, knowing about one of the least known types of guitar bridges can be a real asset.

I can’t tell you which kind of guitar bridge is the best for you. It may just be a roller bridge, while others will prefer something else. Either way, learning more about the possibilities that exist for changing or refining your guitar sound and the way you play won’t do any harm. 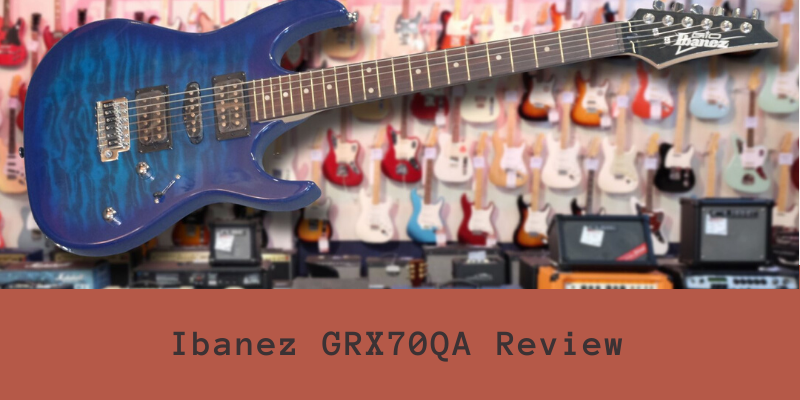 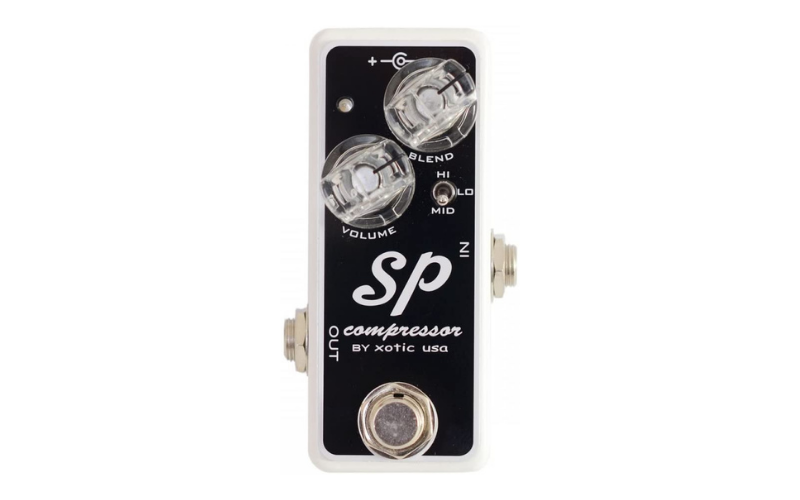 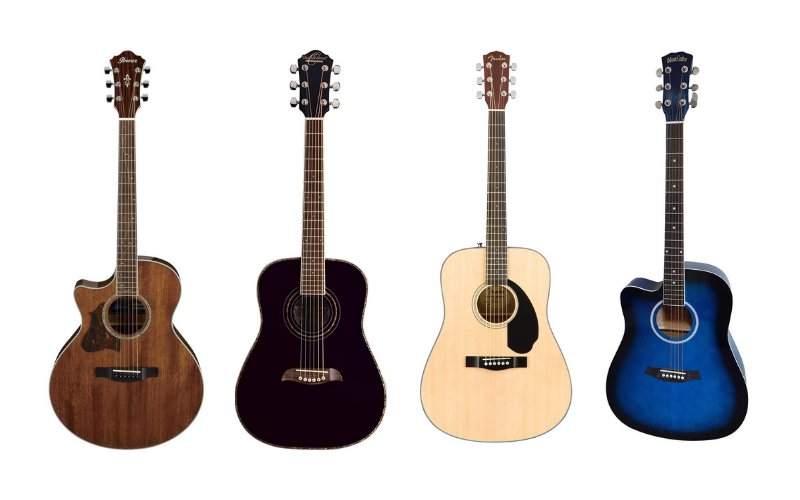