Home » Blog » The Essential Instruments in a Rock Band

Now, this is a much more difficult question to answer than you might initially think. For starters, how do you define a rock band? To answer that, you’ve probably got to define ‘rock’ music. And we are already opening up a can of worms with that one.

Was Yes a “rock band”? What about Led Zeppelin or The Who? And what about The Beatles? Ian Anderson of Jethro Tull and Thijs Van Leer of Focus on Flute. Where does that fit in? All vastly different in what they played and how they performed.

If we are to look at the essential instruments in a rock band, we have got at least to make some attempt at giving a definition of a rock band.

We can see that just from the few bands I have mentioned that defining rock music, and therefore, rock bands, is almost impossible. There are too many ‘crossovers.’ Too many genre ‘swaps.’ And what one person would call a ‘rock’ band, another would not.

For this article, though, I will take a broad view and include a range of instruments that have been essential to various ‘rock’ bands.

No Stable Lineup To a Rock Band

Despite what some people try to say, there isn’t a stable lineup within a rock band. I have heard it said that a rock band has two guitars, bass, and drums. I don’t think so. If that is how you define it, that would rule out three-quarters of them.

And the lineup can be made up of a range of instruments as well. That being said, we will start with the guitars.

I am only going to label it ‘guitar.’ Sometimes there are one, sometimes two, and there have even been three, as was the case with Fleetwood Mac in the 60s, the Bluetones in the 90s, and with Radiohead at times.

Some bands just have a single guitar. They take on essentially a cross between lead and rhythm duties. They will provide a chord-based backing where necessary and also undertake the solos.

The chords can often be in the form of riffs. This depends on what other instruments are in the band, of course.

The guitarist in a one-guitar rock band lineup needs certain skills that fit into the style of the band. Some well-known single guitarists and their rock bands have are and have been:

This tended to be a format that evolved during the 60s. However, you will still find bands with this lineup today. There were usually two guitars in the band, where one was designated as the lead guitar and the second guitar as the rhythm guitar.

At times, you might find the guitars playing together in harmony or even changing roles for solos, riffs, etc. The idea came from the thought that two guitars helped to fill out the sound.

This was true before the advent of Jim Marshall in West London and amps that blew your socks off. Then, the guitar came up in volume dramatically. Some bands didn’t need a second guitar.

Some said that without a rhythm guitar, any song would collapse. But don’t tell Led Zep, The Who, or the others that.

Nevertheless, there have been some second or rhythm guitarists who have played an important role in the sound of the band.

Bands like Judas Priest, Iron Maiden, and to an extent, Thin Lizzy, and others developed the idea of having two guitars. They didn’t have lead and rhythm, but rather two lead guitars, sharing some duties and playing together at other times. The results speak for themselves.

Does the keyboard play an important role in rock music? It certainly does, and it always has. Just cast your mind back to the likes of Jerry Lee Lewis and Little Richard, or even Fats Domino. Not strictly members of bands, but the keyboard in a variety of formats has always been important in rock music.

It can be a straight piano, organ, or synthesizer; they have all played their part in creating great rock music. Freddie Mercury and Axl Rose certainly showed how important the piano is to a rock band.

An Alternative To The Second Guitar?

In some circles, it was thought of as an alternative to a second guitar. It offered an alternative sound and provided some more than adequate filling and padding to the song. The Dave Clark Five, Procol Harum, and The Animals in the UK explored what could be done.

But creativity in music is never far away, and the organ/piano/synthesizer came to be a focal point in some bands. Especially in what might be termed “Progressive Rock Bands.”

Some bands just would not have been the same without it. And there have been some memorable tracks and musicians. Some who have made a great contribution are:

Would you consider them to be essential instruments for a rock band? I don’t think there is any doubt about that. Let’s move on to the rhythm section of the band. 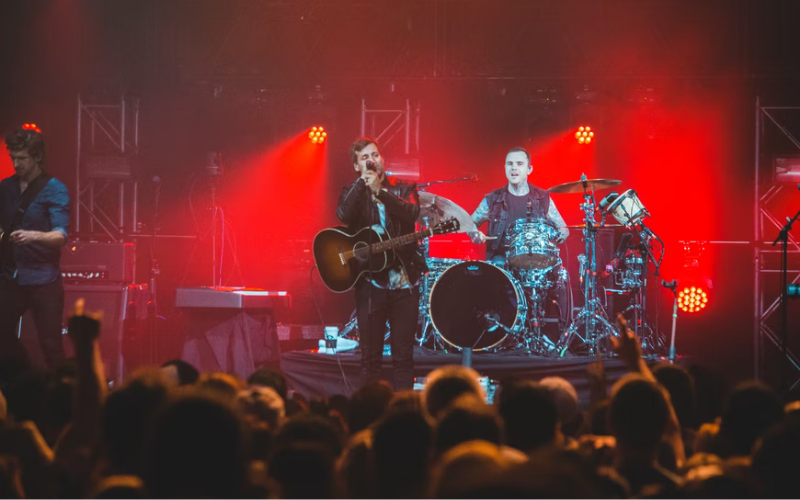 Sometimes, the first instrument of the instruments in a rock band you might think of. Of course, there have been some great tracks recorded by rock bands that have had no drums at all. But, in a rock band, the rhythm is probably the most important aspect. That is provided in part by the drums.

Most modern drummers prefer acoustic drums. Although, there was a period when electronic drums became fashionable for a while. The basic elements of the drum kit haven’t changed much over the years.

A second bass drum was added by some with a pedal for each. These days you can get a ‘double-pedal’ that allows you to get the same effect from one bass drum with double hits. Drummers will use multiple arrays of cymbals.

Essentially, rock drums have usually been kick drum, snare drum, floor tom (sometimes two), and either one or two toms on a rack. Plus a hi-hat and other cymbals, usually a mixture of different sizes of crash and ride.

There have been some great drummers over the years, including:

Is percussion an essential instrument in a rock band? Santana, Osibisa, and similar bands would say so. There are rock bands whose sound is based around percussion instruments of varying sorts. And other bands just use them occasionally.

But, if you’re talking about essential instruments, then they certainly are in some circumstances.

The other half of the rhythm section, along with the drums. This is the instrument that links the drums with the guitars and keyboard. It does so in a rhythmical way. Rhythm with notes, if you like.

The bass guitar as we know it came as a replacement for the double bass. Up to that point in time, that was what was being used. Old footage of Buddy Holly will give you some idea.

Leo Fender introduced the first ‘real’ practical bass guitar in the 50s, the Fender Precision. It was a bit slow to catch on because it didn’t have a bass amp to go with it. Hence, it blew the speakers on all the guitar amps. Leo fixed that, of course, with the Fender Bassman amp.

Not at all; it is vital. I would actually go as far as to say that it is the only instrument a rock band can’t do without. Take it out of any song, and you will see what I mean.

But, it is essentially a rhythm instrument. It locks into the kick drum and embellishes and adds depth to everything. You will get those who think it is ‘cool’ to rattle away, slapping, and whatever else.

Its job is to work with the tempo and the rhythm to give the music its foundation. Take the foundations away, and the house falls down. There have been some great rock bassists:

Anything Else To Consider? 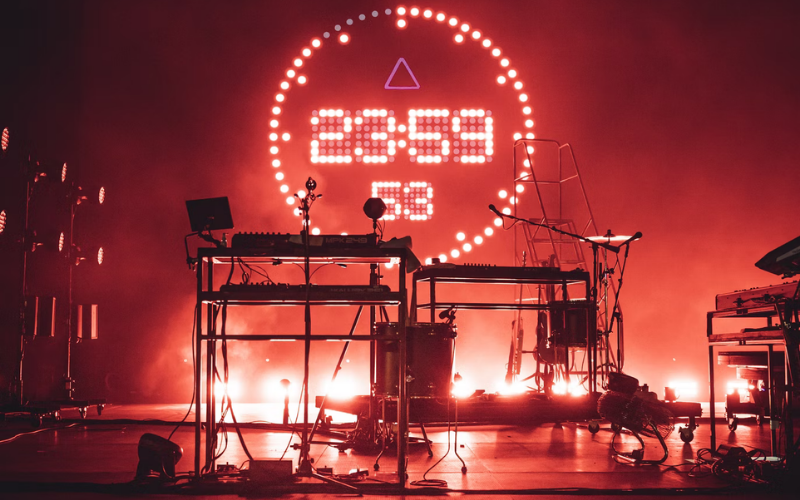 What is essential to one band might not be another. Most bands won’t need a flute. But, take it out of Jethro Tull, and you have a problem. It was certainly an essential instrument to them and for Ian Anderson. A man who essentially took a Classical instrument and made a rock instrument out of it.

The same applies to Thijs Van Leer of Focus. Flute player extraordinaire and all-around genius at just about everything.

Something that some might not consider essential, but is it? Certainly to Blood, Sweat, and Tears. Certainly to Chicago and a host of others. And, just pause for a moment to think of how many hit records have featured brass sections.

Essential? It is to them and would have to be included as an essential instrument. Some of these instruments, of course, are more common than others in the bands. That goes without saying. But who is to say the lesser-known ones are not essential.

Examples of The Essential Instruments in a Rock Band

If you are thinking about getting an instrument that is important for rock bands, here are some suggestions.

Squier makes some good guitars under license from Fender, and they offer exceptional value for money. A great example is the Squier by Fender Affinity Series Stratocaster. Likewise, an Epiphone Les Paul Studio is a good guitar that offers great value.

In the past, I have used Squier by Fender Classic Vibe 70’s Precision Bass, and it plays beautifully. A recreation of the 60s Fender Precision (of which I own two), and they’ve got it right.

Are You Ready to Rock?

We have you covered. Check out our in-depth Fender Player Stratocaster Review, our Epiphone SG Special VE Review, and our Squier By Fender Classic Vibe 50’s Hand Telecaster Review for awesome guitars you can buy in 2022.

Also, take a look at our Ibanez GSR200 Review, our Sterling by Music Man StingRay Ray4 Review, and our Fender American Professional Precision Bass Review for some amazing bass guitars currently on the market.

The Essential Instruments in a Rock Band – Final Thoughts

As we have seen, there are many configurations for rock bands. And many of them use instruments you might otherwise have thought wouldn’t be suitable. But, they are all essential to the sound of each band.

There are the most common, of course, but there are plenty of others. Basically, as far as a rock band is concerned – anything goes.

Until next time, Rock On. 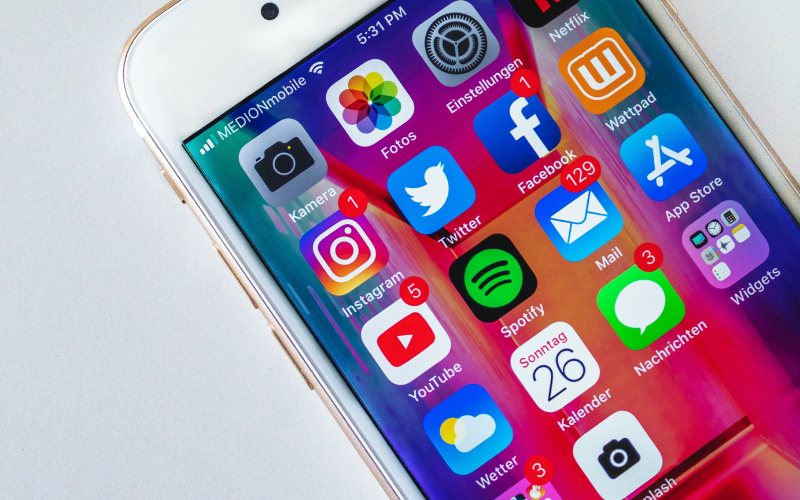 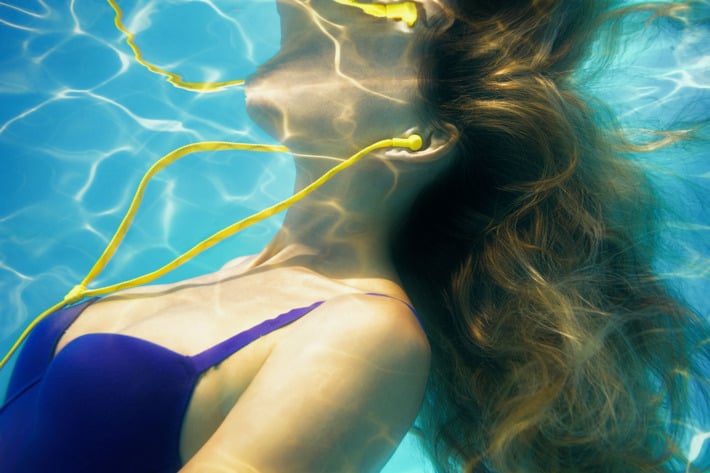 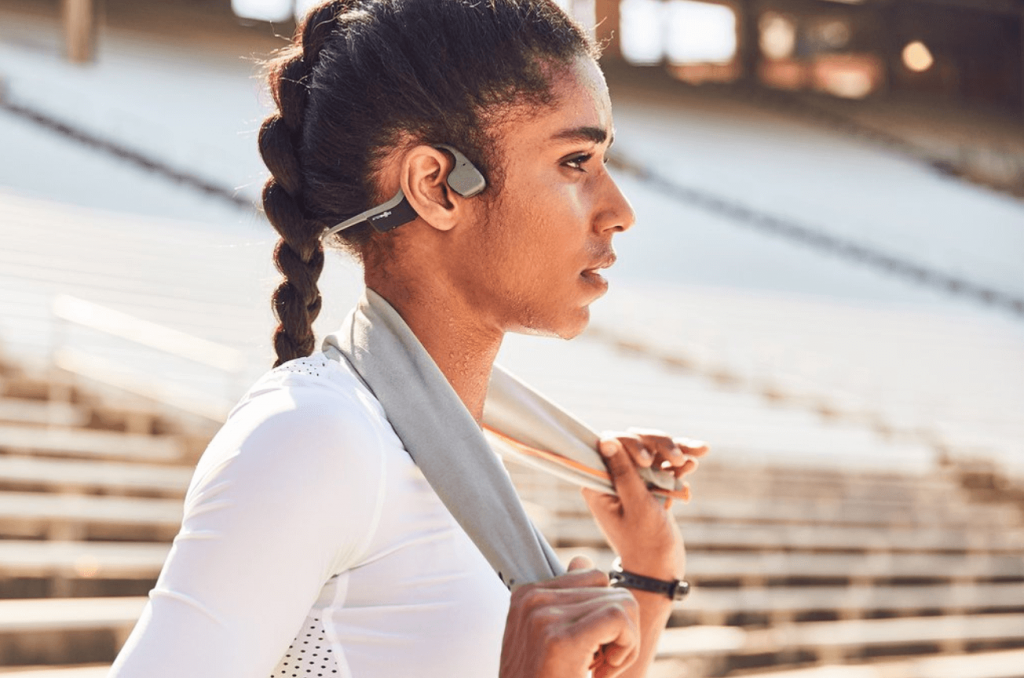