Is there anything else that needs to be said…

…or does the picture say it all?

Indulge us for a minute. When we were kids growing up and all thinking we were John Lennon there was a music shop in our town. It sold sheet music for piano, a few clarinets, and small woodwind and the odd cheap acoustic guitar every now and then.

But one day there were dozens of kids just staring through the window. It was right at the front. On a saxophone stand. As the minutes past the crowd grew bigger as non-musical people wanted to know what was going on.

It was 1964 and our first sight of a real Fender. A Telecaster. A butterscotch Telecaster with a black scratchplate. Much the same looking guitar as in the picture. The guitar that essentially started it all.

Fast forward fifty-five years, and it still moves us, is still churning out the sound. There have been lots of varieties of Telecaster manufactured by Fender, some very good others not so.

What started out as Fender’s ‘premium’ range made by Squier, the string company acquired by Fender, also had their range of cheaper versions for those that couldn’t afford the ‘real’ thing.

From a cheaper start, Squier now produces some Telecaster’s that are virtually as good as the Fender versions. You can hardly tell the difference at times.

In the 50s the original Telecasters and their look-alike predecessors the Esquire and the Nocaster were made from Pine. Leo Fender later moved on to harder woods saying he wasn’t sure about using softwoods for the body.

Squier has gone really vintage and built the body once again from Pine. Pine, despite being a softwood, has a great resonance to it and was one of the reasons these guitars sounded so good.

That period of time produced some of the most sought after guitars in today’s world. 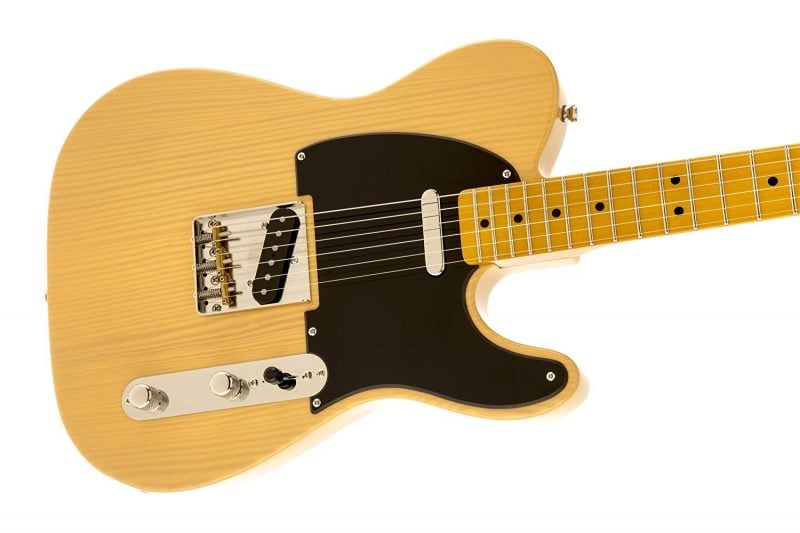 Sealed with coats of polyester to protect the wood, the color and the sight of the wood grain showing through takes you back to the 50s.

Well made from good materials, the body is a beautifully crafted finish.

Naturally, if you’re going for the real 50s thing with this guitar, the neck has to be right. They have again returned to a vintage feel and idea with the one-piece thin line maple ‘C’ shape neck and fingerboard which makes for soft, comfortable playing.

You won’t have to fight an awkward feeling neck; it wants you to play it.

It has a 9.5-inch radius, wider than the norm to allow some serious note bending and all twenty-one frets are playable by virtue of the standard Telecaster cutaway.

The neck is lacquered and has a nice sheen to it as you would expect, but it is not overdone, and the hands glide effortlessly up and down the fingerboard.

The neck style is finished off with black inset dots. 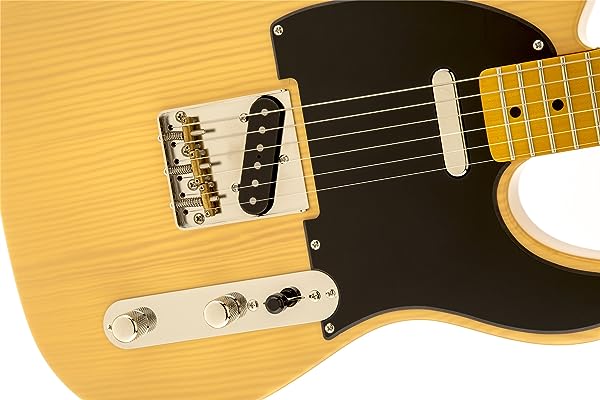 We have a standard vintage style bridge with through the guitar stringing and three fully adjustable brass barrel saddles.

Vintage style tuners with their closed rectangular box fitting give the headstock its traditional feel. For a vintage Telecaster, all standard of course and both bridge and tuners do their job admirably.

Ok, so we’ve had a look at the construction, how it’s put together and the materials they have used. So, let’s move on to something that is just a little bit important, the pickups. The sound a guitar delivers is impacted by its construction and the materials used. You need the wood the body is constructed from to be right and the neck to give it playability, but ultimately the sound will come from the pickups.

If you want to create a vintage Telecaster sound, then there is only one option. Single-coil vintage sounding at both neck and bridge. That is the Telecaster way. And, fitted with Alnico V single coil pickups that vintage sound begins to sing at you.

Push the slider control to the left. The neck pickup has the warmth that some jazz players used to like. Soft and clear it has a welcoming mellow feel that you could say is unique to this guitar.

It’s not just jazz either that has benefited from this sound. Blues players will use it, and it has a sweet ease with either single notes, part chords or full chords.

Now push the slider all the way to the right. The bridge pickup, of course, is where the ‘Tele twang’ comes from. Crisp and sharp, there have been times when it has been too much and has had to be pulled back a bit before it shatters someone’s eardrums. 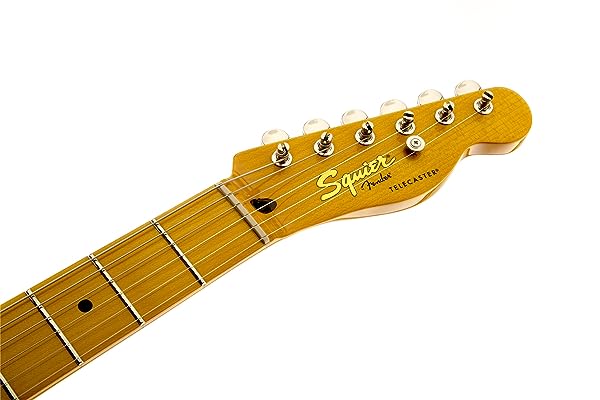 Not with this model…

Yes, it’s sharp and crisp, it has to be, but not so heavily laden with too much top. And, those who delight in using this pickup for their sound will not be disappointed.

Now put the slider control central, sit down and strap in because ‘that’ sound is there. Putting the two pickups together you get the warm bottom end, but it’s mixed with that sharp clippy top. The sound is distinctive, almost unique. Just brilliant.

For us, it is ‘the’ Telecaster sound

But, the sound has to be earned. The Telecaster will not just give it to you on demand. The sound is there, but it’s how you play it and use it to achieve ‘that’ sound.

There have been some of the worlds legendary guitarists, no names mentioned, who haven’t been able to do it. One in particular who on their first album made his vintage Tele sound like he was playing it with a cheese grater.

A great guitarist, again no names mentioned, once said to us…” playing a Tele is like driving a Formula 1 car. You have to know how to do it”.

Exactly. And, it’s all in these pickups if you think you can handle it. 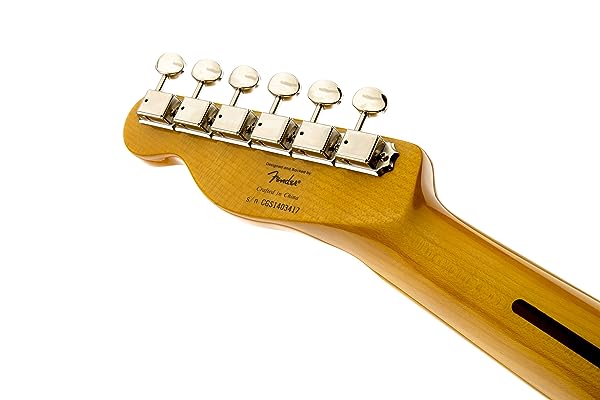 Not much needs to be said here. Slider control for pickup selection, volume and tome and that is it. That is all you need.

We have to say though; the tone control seems to have a wider range than it used to.

Perhaps that is one feature they have improved on?

What Do We Think Of The Squier Classic Vibe 50’s Telecaster?

Spectacular. Just excellent in every way!

The build, the materials, the way it looks, the sound, just a brilliant guitar.

It is almost worth buying one to hang on the wall to look at, but it wouldn’t stay there long, you’d want to play it. It plays so easily and creates the sounds that forged a generation of music makers.

And just have a look at the price. How Squier can produce such a brilliant guitar at that price is beyond us. If you can find better value for money anywhere, we’d like to hear about it.

It has too many Pros to start listing them, we haven’t enough room, but we have found one major fault with it that we should list as a Con. Once you start playing it, you ain’t gonna put it down. Be warned.