When Sony released the WF1000XM earbuds almost three years ago, they were heralded as some of the very best by the company who does it best.

According to many reviewers, Sony had made the best pair of wireless earbuds to date. Famed for noise cancellation and sound quality, the WF1000XM was what everyone wanted out of a pair of good wireless earbuds.

They also offered something no other manufacturer was able to copy or come even close to at the time. A practical battery life.

Things have changed a lot since then…

More accurately, they’ve changed completely. Good sound quality and noise cancellation are now a given. No matter what type of earbuds or price range. Forget practical numbers for battery life; modern users expect days of battery life. And, in some cases, they’re getting it.

Many users were excited to see that Sony was releasing a new pair of its flagship line. In many cases, fans were shouting, “Daddy’s back!” But I decided to remain neutral until I had proof of the pudding.

The new WF1000XM4 comes in at around $250. That easily places them among some of the most expensive wireless earbuds you can buy. And, unlike its predecessors, the XM4 has a lot of stiff competition. So, let’s see how they stack up in my in-depth Sony WF-1000XM4 Review.

Saving weight and space seems to have been high on Sony’s list when making the XM4. The earbuds are 10% smaller than their predecessors. These are available in either black with rose gold accents or a more traditional grey.

Sony has also attempted a more “Green design,” with the packaging being 30% smaller and made entirely from recycled paper.

The case is where the real weight-saving is. It’s 40% smaller, and users will be glad to hear this as the previous XM3 received a lot of criticism for the large case. The case features one LED to indicate the battery life. It’s small and compact enough to be carried in your trouser pocket with ease.

The XM3 earbuds were more elongated, sort of beans without a kink in the middle. This design made them lumpy and not very secure in your ear. The XM4 is a huge improvement in terms of design and fit.

The more rounded design fits snugly in your ear. And, they don’t protrude from the side of your head like a prop from a cyberpunk film.

You get three pairs of tips, which according to Sony, are a hybrid of silicone and foam. Some users might be put off that there aren’t more options at this price point. However, I found that these tips are stellar. They make for a very snug fit and create a better seal than any earbud I’ve ever tested.

The XM4 comes with an IPX4 rating. This means you can comfortably wear them in the gym or jogging. And, you won’t be put off by a bit of rain or some light splashes. All told, these are some of the best fitting wireless earbuds on the market. 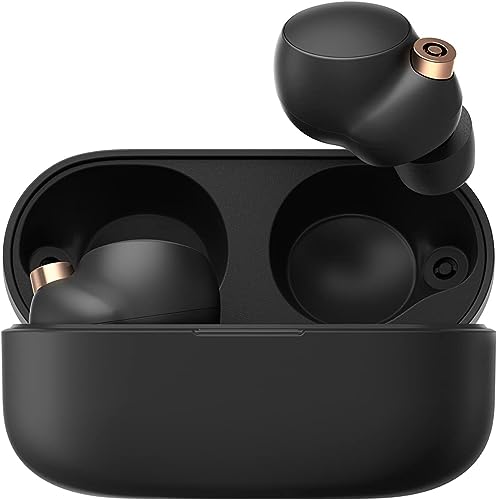 Bluetooth 5.2 connectivity on the XM4 is super fast and easy to set up, thanks to Google’s fast pair for Android devices. Opening the case when close to your device engages the pairing function via a popup notification.

This also allows you to ring the earpieces should you leave them somewhere. Additionally, you can check their last known location on your smart device.

One downside to mention…

With the XM4 being so expensive, the lack of multipoint pairing is a bummer. There are not many high-end competitors that offer this function. But, the fact that one or two budget pairs do, ought to be enough motivation.

When watching videos on TikTok, YouTube, etc., there is essentially no latency since those apps automatically compensate for it. Although, if you do any mobile gaming, you will notice a slight delay.

The XM4 also features Swiftpair for Windows 10 or 11 laptops or smart devices. Simply having the XM4 close to your device and turned on, will engage easy pairing via a popup notification.

The XM4 sees the return of Sony’s DSEE (Digital Sound Enhancement Engine). This will upscale your low-res audio files a bit. While there is sadly no aptX support, you do get Sony’s LDAC which is a wonderful lossless format.

Furthermore, these earbuds support Mono Mode for users who like to rock one earbud at a time. There is also auto-pause and play functionality. As well as fantastic touch controls which can be customized, but I’ll get to that later.

The Sony headphones app has been praised since its release. And, thanks to firmware updates and a lot of investment in the development of the app on Sony’s part, the praise seems to keep on coming.

The app allows you to view the battery life of each bud as well as the case. There’s a built-in music player with advance/back controls.

The Adaptive Sound Control function was developed by Sony to make it easy to change audio preferences on the go. The feature allows you to switch between different profiles for different situations depending on certain gestures, or your location.

When you come within a certain distance of your specified workplace, the earphones will automatically adjust to the profile you associate with that area. Such as letting surrounding sounds filter through and decreasing the ANC.

The XM4 also features Sony’s Speak to Chat. This feature automatically turns down the playback volume and increases the volume of ambient sounds when it detects you speaking. This feature does work quite well. But, if you speak to yourself, even a little, it’s best to leave this turned off.

The headphones app allows you to turn the ambient sound on or off, as well as regulate its intensity. The same goes for Active Noise Canceling.

Furthermore, there are handy ear fit tests built into the app to help you find your ideal pair of tips. You can customize the touch controls and play with power-saving settings like auto on/off.

Finally, there is access to an EQ with a selection of presets and the ability to create and save custom profiles. 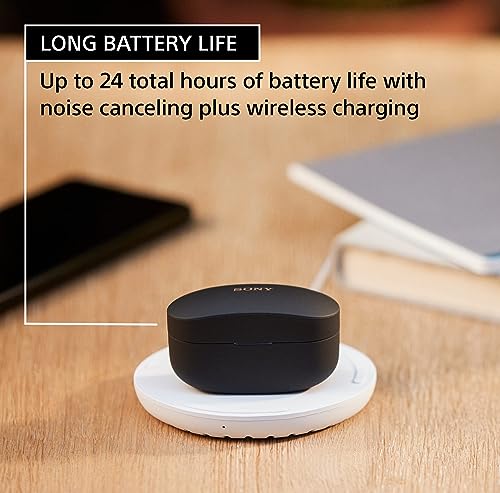 On a single charge, the XM4 delivers a very impressive eight hours of playtime with ANC turned on. This can easily be extended to around 12 hours if you leave the ANC turned off.

The case adds two more charges in both scenarios. This means with ANC engaged; you’re looking at 24 hours of total battery life. With ANC turned off, it shoots to a very respectable 36 hours.

The XM4s support QI wireless charging and can deliver up to three hours of playtime from a 15-minute charge. With most high-end competitors topping out at around five to six hours of battery life on a single charge, the XM4 earbuds are knocking it out of the park.

Don’t get too excited…

There are some budget earbuds than can top these figures. Still, considering the functions and sound quality, which I’ll get to next, the XM4 scores quite high for battery life. So, it’s fair to say these are some of the best battery life wireless earbuds in the premium price range.

The default sound signature on the XM4 is bass-forward. This was also the case with the XM3, but, like before, it’s not that bad a thing. Furthermore, if you want some of the best bass wireless earbuds you can buy, these are going to fit that need.

So, how do they sound?

If you listen to EDM or Hip-Hop unequalised and pumped to a significant volume, you’ll be rewarded with some warm and punchy sounding bass. It’s when your try some blues, classical, or rock music that you’ll want to reach for that EQ.

Whether you reach for the EQ or not, you’ll notice that mids are in charge where they should be. But, with some tweaking via the EQ, they can be brought to their full potential and soar over every mix. Unfortunately, the treble side is where things become a bit worrisome.

Using the EQ does correct some of the high-end problems. That said, the highs are always a bit timid, and in some cases, sound entirely without presence or power.

When attempting to fix this with the EQ, it ends up brightening the mix to such an extent that the entire sound is ruined. I’m not saying the highs sound bad, just that they never sound quite good enough to match the mids or the low-end.

Easily one of the very best you’ll hear on any pair of true wireless earbuds. While I am not trying to elevate this to groundbreaking levels, these earbuds truly do start to give you a sense of direction like a pair of over-ear headphones. 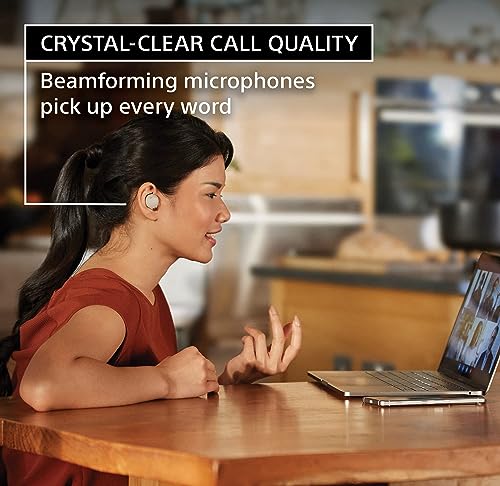 As far as getting rid of background noises, I found the XM4 to be very good. I performed a test walking outside on a windy day with cars passing quite regularly. The person on the other end noted that they did not hear a single car go past. Nor did they notice it was windy. This means that Sony’s V1 processor most definitely does its job well.

However, the quality of the actual voice can be rivaled and beaten by competitors. The voice has no low-end, making it sound nasal. Also, it sometimes appears muffled for a reason I cannot fathom.

Don’t let that discourage you…

These earbuds are more than good enough to get the job done if you plan on using them regularly for calls. Overall, the XM4 can be ranked among the best sound quality wireless earbuds. Sure, you may have to tinker with that EQ a bit, but once you do, there’s no looking back.

Need a Pair of Great Earbuds?

Also, take a look at our detailed reviews of the Best iPhone Earbuds, the Best Earbuds for Running, the Best Wireless Earbuds For Small Ears, the Best Wired Earbuds, and the Best Cheap Earbuds Under $100 currently on the market. 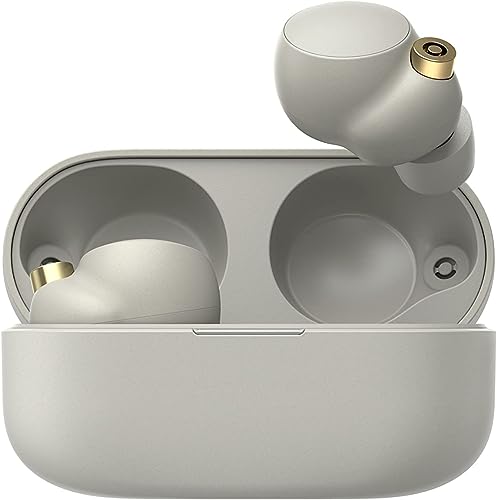 They sound far above average, and once you get tweaking with the EQ, you’ll be surprised at the depth of sound they can deliver. The battery life is excellent when compared to high-end competitors. While some budget earbuds offer the same or better, they don’t sound nearly as good as the XM4.

It’s just the lack of multipoint pairing and that high-end that you’ll have to forgive. And, of course, the high price. The final score is 8 out of 10. 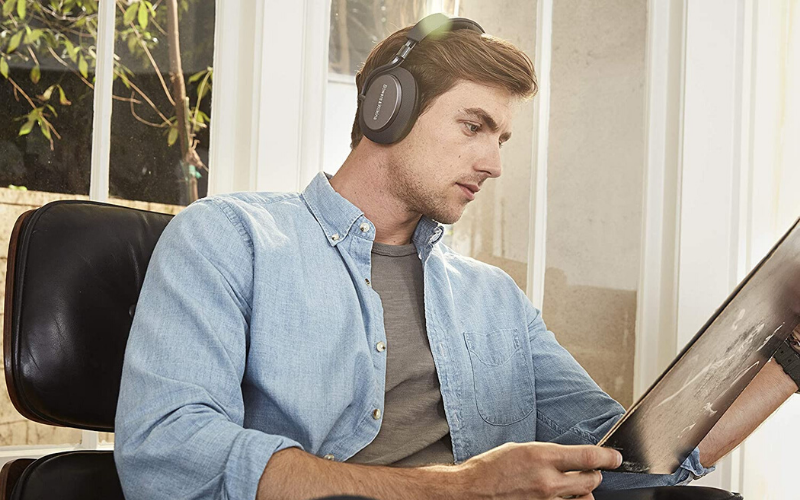 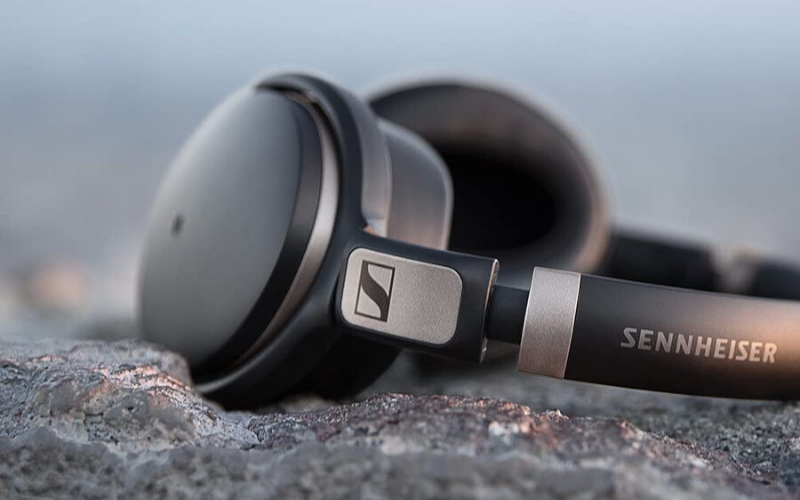 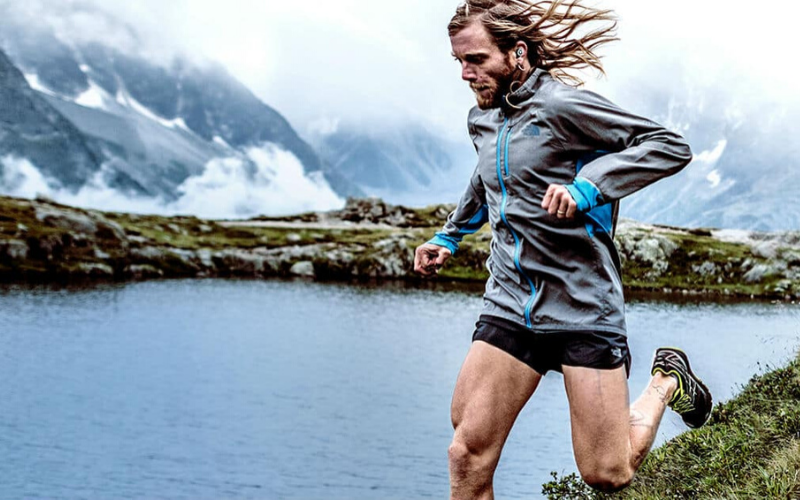