Don’t you just love a drum solo? I know I do, especially when it’s me doing the soloing. Shirt off, sweating profusely and rocking a concert with thousands of screaming fans.

But when I’m not dreaming, I enjoy drum solos that are full of energy and perfectly placed into songs. Let’s face it – no one wants to buy a record of someone doing a 20-minute drum solo, no matter how good it is.

The Importance of Drum Solos 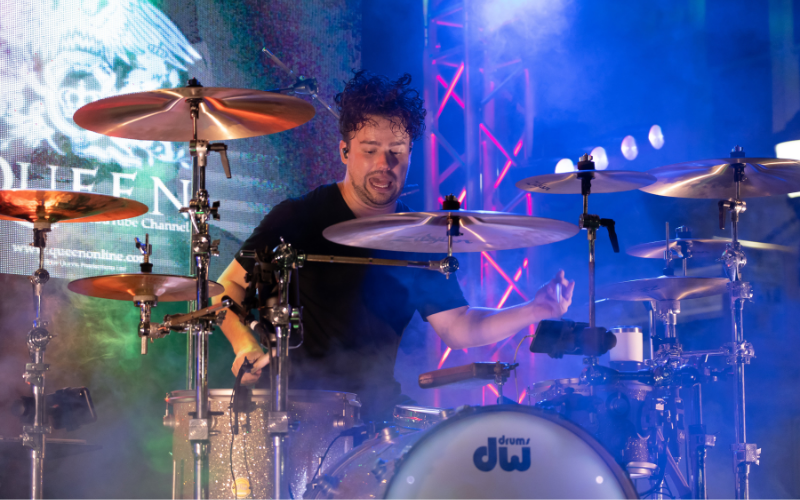 Dropping out the rest of the band and letting the drummer get some is a great trick. It can showcase the drummer’s chops, of course, but it can also do more than that. Taking away the beat (which is secretly kept in the drummer’s heart) can disorient the audience. Bringing things down to a primal level only to let them explode in relief as the band starts up again.

While live concerts feature a lot more solos, here are my top songs with incredible drum solos that they definitely couldn’t do without.

Let’s start with Gene Krupa. Way back in 1945, before any of us had even thought of playing the drums, Gene Krupa was already hitting his stride. His swinging jazz style was electric and full of energy. He was also possibly the first drummer to lead his own ultra-popular band.

On the joint track, “Lover/ Leave Us Leap,” Krupa plays several blazing solos on a minimal kit. He explores each piece with volume and texture, all the while playing with bright energy and a whole lot of chutzpah.

Art Blakey was another drumming bandleader whose work in the 50s and 60s is nothing short of legendary. But in stark contrast to Krupa’s swing style, Blakey played and essentially invented the hard bop style of drumming.

On the title track of Night in Tunisia, Blakey kills the drum solo. Working in dynamics, call and answer, and a whole lot of blazing quick hands, this is probably one of the greatest jazz drum solos ever recorded. It’s wild, powerful, and seems to be completely out of control. But trust me, it ain’t!

Written by sax player Paul Desmond, “Take Five” was recorded in 1959 and has since become a jazz standard. Why? Because it’s in 5/4 time but still has a great pulse that, unlike most oddly-timed songs, most people could snap their fingers to.

Legendary drummer Joe Morello, a little more than a lad on this recording, does a whole lot more than just snap his fingers. Apart from laying down 5/4’s most memorable groove, Morello takes a big piece of the song with a very distinct drum solo.

For Morello, it’s less about showing his rip-roaring speed than jolting and confusing the listener, all the while keeping time in his head like a boss. In live versions, he would often drop his sticks and play bare-handed just to have a bit more fun.

Let’s move on to the 60s, which feature one of the most iconic and well-known drum solos of all time. And as much as it pains me to say it, it was written and performed by a high school student.

Ron Wilson of the California surf rock band, Surfaris, played a simple solo that has been a starting point for pretty much every single aspiring drummer since. If you can learn to play this pounding tom piece, you may just have it in you to become a drummer. And even if you can’t, you can still enjoy it as some high-energy rock and roll.

No list of songs with incredible drum solos would be complete without the legend himself, Buddy Rich. If anyone took over Gene Krupa’s crown, it was Rich whose incredible power and speed on the kit are still the stuff of legends. I’m pretty sure he also invented sweating like a pig while drumming. Why would anyone drum like a maniac while wearing a sweater… indoors?

Buddy Rich has laid down so many powerful and creative solos that it’s impossible to choose his best. But his work on the West Side Story music, especially in the Medley, is astounding. Rich plays all over the kit, laying down some excellent hi-hat and rim work that would make any drummer drool.

Bonham. Bonzo. Here’s a drummer that’s literally on everyone’s list of the best rock drummers of all time. Why? Because he played hard and heavy and with a whole lot of heart. Yet, he managed to keep his impressive beats in the background to allow Led Zeppelin’s heavyweights to shine on their own. Well, most of the time.

In “Moby Dick” from Led Zeppelin II, Bonham takes over most of the song with a massive drum solo featuring his legendary Bonham triplets and much, much more. In live concerts, though, his soloing could go on for as long as 30 minutes while the rest of the band went for a “powder.”

Ginger Baker was all over the shop. Having played on some of the 60’s best psychedelic rock records, he went on to Afro-beat with Fela Kuti and jazz jamming with Charlie Hayden and Bill Frisell.

In Cream, Baker’s frenetic drumming really took shape. And on the track “Toad,” his dexterity is especially highlighted. In his massive solo, Baker plays a relentless beat with excellent footwork and extensive jazz influences. Check out the 1968 live performance at Royal Albert Hall for the most amazing version of this song.

The Who “Won’t Get Fooled Again” (Keith Moon)

The Who were a 1960s-70s phenomenon that became huge on both sides of the Atlantic. This was thanks in no small part to their drummer, Keith Moon, who became something of a pioneer on the drum kit scene.

It was Moon, along with Ginger Baker, who started using double bass drums in their kits to create a wall of sound. Moon pushed his kit bigger and bigger, starting the trend towards massive drum sets with huge gongs in the back that dominated 80s rock.

In “Won’t Get Fooled Again,” Moon takes his solo by smashing heavy crashes and pounding the life out of toms. He travels around his massive kit incorporating every piece. Luckily, this destructive drummer didn’t smash his kit at the end – the only thing he destroyed was his wicked solo.

If you don’t know Billy Cobham, let me know your address, and I’ll send you a record. Or just listen to his track “Tenth Pinn” online. Whatever.

Cobham is renowned for playing jazz, rock, and fusion, playing with legends like Miles Davis, Sonny Rollins, and the Mahavishnu Orchestra. He’s known for handling some of the strangest time signatures out there with exasperating ease.

On Tenth Pinn, a recording of his own as bandleader, Cobham starts in with a thoughtful solo. Then things go ballistic, with him playing at blistering drum & bass speed with the band, and alternating with insane solos.

Steve Gadd is a massive studio drummer who has played with just about everyone. In Steely Dan’s relatively laid-back track “Aja,” he plays a nice sedate for most of the song.

But towards the end, he turns on the jets and starts to propel it forward into space with excellent use of timing and rhythm. Rather than blast with speed and strength, Gadd plays with thoughtfulness and precision. Helping to highlight the music rather than just his own drumming.

SABBATH! Anyone who is into heavy and hard styles has Black Sabbath to thank. These early pioneers of metal pushed the boundaries and laid down a legacy for future bands to follow. And while Ozzy may have made too much reality TV to keep his edge, Sabbath’s original drummer Bill Ward kept his.

In “Rat Salad,” apparently a reference to Ward’s unkempt hair, this drummer hits heavy and hard. The instrumental track is not so much a solo as a collection of heavy hits perfectly with guitarist Tony Iommi’s riffs, solo fills, and shattering rhythms.

Rumor has it that Ward used to play solos for up to 45 minutes to fill time the band was contracted to play on marathon gigs. So, this couple-minute solo probably didn’t even make him break a sweat.

Legendary Canadian band Rush is known for odd timing and highly technical weird rock. “YYZ,” named after the code for Toronto’s Airport, is no exception.

Like in most Rush songs, drummer Neil Peart plays all over his massive drum kit to lay down funky mixed-up beats. But during his solo, he lets his short hair down. He lets go of his precise counting and smashes out a solo filled with power, texture, and speed. The man even incorporates a xylophone, for Pete’s sake!

I’m going to round out my list with one of the best modern songs with an incredible drum solo. Tool’s drummer Danny Carey plays some complicated, heavy beats at the best of times. But on the admittedly very odd track “Chocolate Chip Trip,” he has the show to himself.

Playing over an electronic beat that he programmed himself, this track shows off the drummer’s insane chops, including machine gun pedal work. But to be honest, most Tool songs have beats so complex they’re like solos in themselves.

Have a Passion for Drums?

Also, have a look at our detailed reviews of the Best Bongos, the Best Hang Drums, the Best Congas, and the Best Cajon Drums currently on the market.

And don’t miss our handy guides on Tips to Teach Yourself Drums, How To Set Up Your Drums, The Nashville Number System for Drummers Explained, and Derek Roddy’s Double Bass Technique for more useful information.

Drum solos are much rarer on recordings than they are at live concerts when the energy of the crowd is pulsating, and the rest of the band needs a rest. But a great solo dropped into a track can add a whole different dimension to the song while spotlighting the drummer’s talent for the rest of us drummer’s to drool over.

My list includes some of the most impressive, the most familiar, and the most creative drum solos ever. But there are many, many more. A solo is a time to shine, and drummers need to get some too! 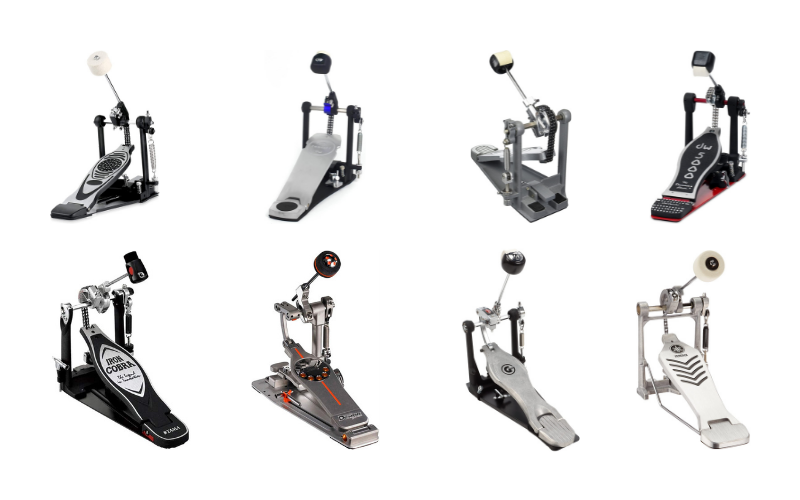 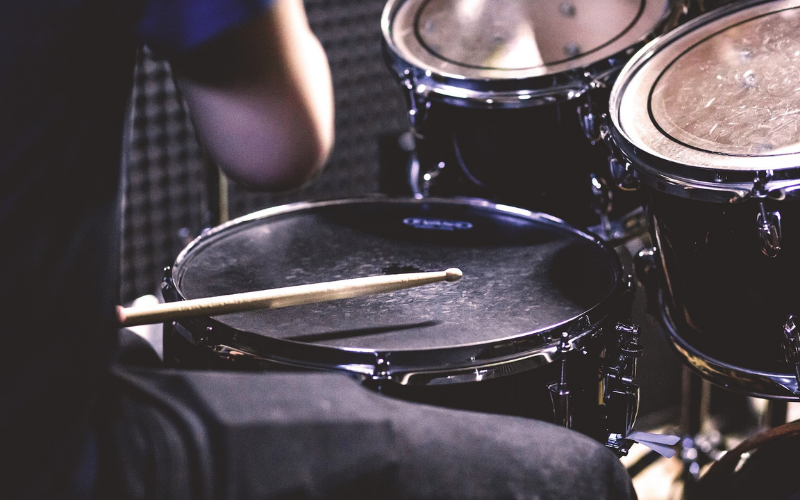 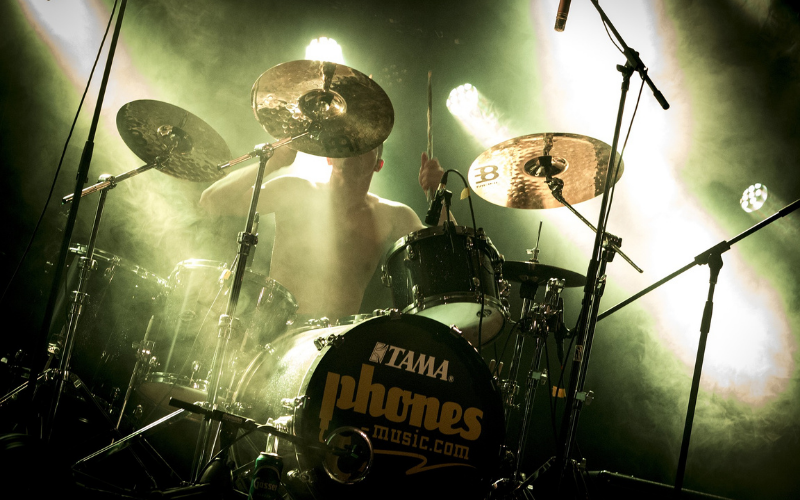 Tips to Teach Yourself Drums – Top 8 Tips for Beginners