When it comes to writing music, songwriters have gravitated towards some subjects more than others over the years. Some things are just eternally relevant. And money is one of the most written and sung about subjects in history.

The pursuit of money, the things money can and cannot buy, and the lengths that people will go to attain money. These are all things sung about countless times and will probably continue to be in years to come.

So, I’ve decided to take a look at songs about cash, moola, benjamins, dough, paper, greenbacks, stacks… yes, it’s money, baby. So, in no particular order, here are some songs about money, starting with the classic… 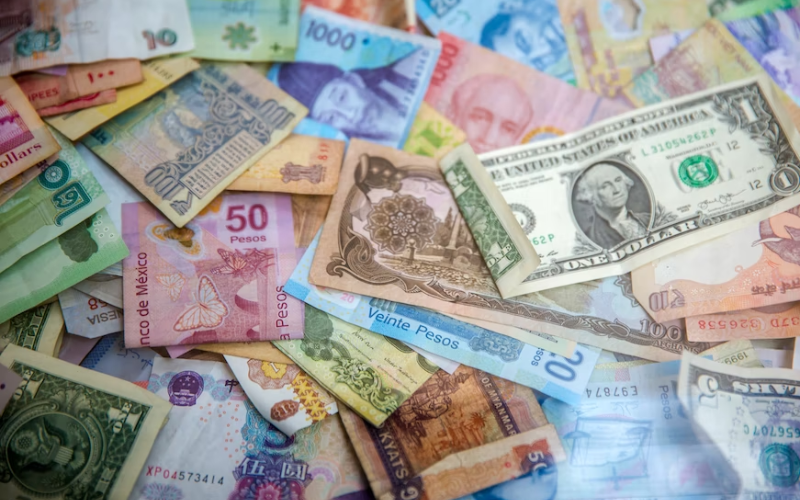 Starting with a bang, we have probably one of the first songs that come to mind when you think about money. It was released as the second single from the Swedish group’s fourth album, Arrival. Since then, it has become etched into the halls of Pop Music history.

That being said, it’s a good thing that this song stays in the past. Lyrically, “Money Money Money,” tells a bit of an outdated story which is no longer a reflection of how women view the important things in life. Not that I’m trying to suggest it ever was.

The idea of a desperate female gold digger has become a tired cliche. And while the track doesn’t paint an accurate picture of society, it does stand up as a great dance tune from the mid-seventies, as well as one of the biggest ABBA songs ever.

It made some money for the band…

“Money Money Money” was ABBA’s sixth consecutive #1 in Australia. It was also #1 in Belgium, France, West Germany, The Netherlands, Mexico, and New Zealand. Likewise, it was a top three track in Austria, Ireland, Norway, and Switzerland.

This track holds quite a bit of significance in the Notorious cannon, as well as in the halls of Hip-Hop history. However, I’m quite sure if you were to ask B.I.G about the subject matter, he would have told you that there was nothing new about it.

Money has been doing bad things to people’s minds and hearts for thousands of years. In the music industry, there are countless cases of greed, betrayal, conflict, and outright untruthfulness surrounding money.

Although, in Hip-Hop, you find it addressed more brutally than in most genres. Wealth inevitably attracts folks with insincere motives. B.I.G puts it bluntly, “I don’t know what they want from me/It’s like the more money we come across/The more problems we see.”

The track was made quite famous by the music video, which made the two distinctive red jackets worn by Puffy and Maze symbols of pop culture. The video also featured archival footage of Notorious B.I.G cleverly synced to make it appear that he was rapping along to the song.

B.I.G is the only artist in history to have two #1 singles on the chart posthumously. The track also earned a Grammy nomination for Best Rap Performance by a Duo or Group. And, it remains a great song warning about money problems.

If there is one thing that Rap and Hip-Hop can provide in copious amounts are hard doses of reality. This track may not be a chart smasher, but it’s built up a rep since its release that has taken on almost historic holiness. Many consider it one of the greatest Hip-Hop compositions ever.

The track’s biographical nature, relaxed style, and storytelling aspect placed it apart from the other tracks on the album. Musically, the song is at a slower tempo, which lends weight to the three narratives that Raekwon, Inspectah Deck, and Method Man lay down to the beat.

According to Raekwon, the beat for the track had been sitting around for quite some time before it was used for “Cash Rules Everything Around Me.” And originally, the track was called “Lifestyles of the Mega-Rich.”

The opening piano riff and drums come from The Charmel song, “As Long as I’ve Got You,” which were sampled to create the loop that plays throughout the track.

Despite low chart performance, C.R.E.A.M. has taken on legendary status in music and Hip-Hop. Time Magazine placed it on their 100 greatest songs of all time in 2011. And Rolling Stone magazine ranked it 11th on their list of the 50 Greatest Hip-Hop songs ever.

Money Changes Everything by Cyndi Lauper

Originally, this track came out as an independent release in 1978, then included on the eponymous album by The Brains in 1980. However, it would be on another debut album that the song would find success three years later.

Cindy’s first album gave no signs of being a “light listening experience.” It’s not often that you see a Pop singer debut an album so blatantly critical of modern society that ends up helping their success. And, as far as songs about chasing money go, this one continues to impress.

Cyndi was in her element…

A vocal highlight of this track comes at the song’s climax. And, it is proof that Lauper’s singing ability was unquestionable even from the start. The production was much sharper and refined than the Lo-Fi sound of the original version, and it matched the performance and tone of Lauper’s voice perfectly.

“Money Changes Everything” was a Top 40 hit in the US and various other countries. It was the only single from Lauper’s debut album not to break the top ten of the US Billboard Hot 100. An acoustic version was recorded for Cindy’s 2005 album, The Body Acoustic.

You Never Give Me Your Money by The Beatles

The Beatles were no strangers to writing songs about money. This makes a lot of sense when one takes into account their fame and the numbers that would be involved when it came to settling the fine print.

It’s credited to both Lennon and McCartney, but the song is said to have been written by Paul. It was primarily written in march of 1969 when McCartney was staying with his wife, Linda, in New York after their wedding.

The group was going through a frustrating period. Not least of which was due to financial matters and how they ought to be handled. McCartney and his new wife would escape on adventures to the country during this period to get away from what was becoming an unpleasant situation:

Paul later stated that he had written certain parts of the song with the group’s then-manager, Allen Klein, in mind. As well as saying that the song was “basically a song about no faith in the person.”

The end was near…

Paul had already realized that Abbey Road could end up being the last The Beatles record. So, he and producer George Martin conceived a medley that would encompass the second side of the album.

The stitched-together song begins with a piano ballad that then crosses over into a sort of boogie-woogie rant. Then, it crosses over into various other things, including some very aggressive arpeggiated guitars, before finally ending in a nursery rhyme.

As with the entire Abbey Road album, the track is a masterpiece of recording and mixing done the old-school way.

Bitch Better Have My Money by Rihanna

Album: Bitch Better Have My Money

Compared to the single that preceded it, “Bitch Better Have My Money” was a plunge into a completely different direction. One that showed a healthy appetite for experimentation by the artist and producers.

The track, and its awesome music video, drew inspiration from a real-life situation involving Rihanna’s previous accountant, who had poorly managed her finances. The mistakes he made ended up costing her millions.

Directed by Megaforce and Rihanna, it stars Mads Mikkelsen, Eric Roberts, Rachel Roberts, Sita Abellán, and Sanam. Mikkelsen plays the dodgy accountant who, along with his wife (Roberts), gets kidnapped and subjected to torture.

For me, a particular highlight of the explicit video is Rihanna smashing up a payphone with some real believable zeal.

This track reached the Top 10 in eight countries. It managed to get into the top twenty in a further six countries, including the US and Australia. It peaked at #15 on the US Billboard Hot 100. The music video has been streamed more than 160 million times on YouTube.

Album: Dark Side of The Moon

“I remember thinking, ‘Well, this is it, I have to decide whether I’m really a socialist or not.’ I am still keen on a general welfare society, but I then became a capitalist. You just have to accept it.”

“I remember coveting a Bentley like crazy. But the only way to get something like that was either through rock music or the football pools. I very much wanted all that material stuff.”

These are the words that Pink Floyd’s frontman and the writer of “Money,” Roger Waters, chose to describe the thought process for the track. One can only imagine how the mind is affected by the kind of success a group like Floyd had. No doubt, it made an impact on Roger’s thinking.

“Money” can be taken apart for hours. The chorus guitar parts are not the same guitar, but two near identical performances that David Gilmour recorded separately.

The idea of having the first parts of his solo recorded without any reverb or delay, giving it a “dry” tone, seems simple now. But back then, it was a new way of telling a musical story.

When the later parts of the solo come in with the full reverb and delay applied, the sound spills over into new dimensions, and Gilmour takes you to that far away place as only he can.

Grab that cash with both hands…

“Money” was Pink Floyd’s first big hit in the United States. It peaked at #13 on the Billboard Hot 100 Chart and has since become one of the biggest Pink Floyd hits ever, as well as one of the most popular songs written about money.

Whether it is about getting money, losing money, owing money, or just plain wanting money, there is a song out there that expresses your thoughts about what makes the world go round.

These were by no means the only songs talking about money ever written. And, they will most assuredly not be the last. They are, however, some of the greatest songs written about money. 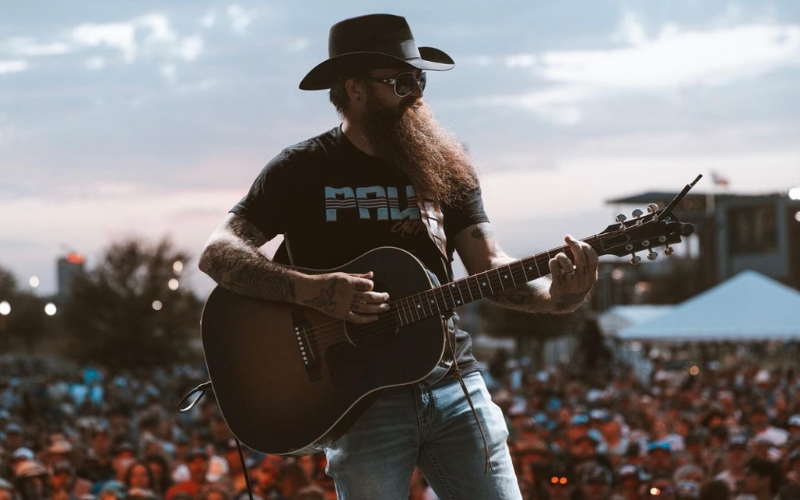 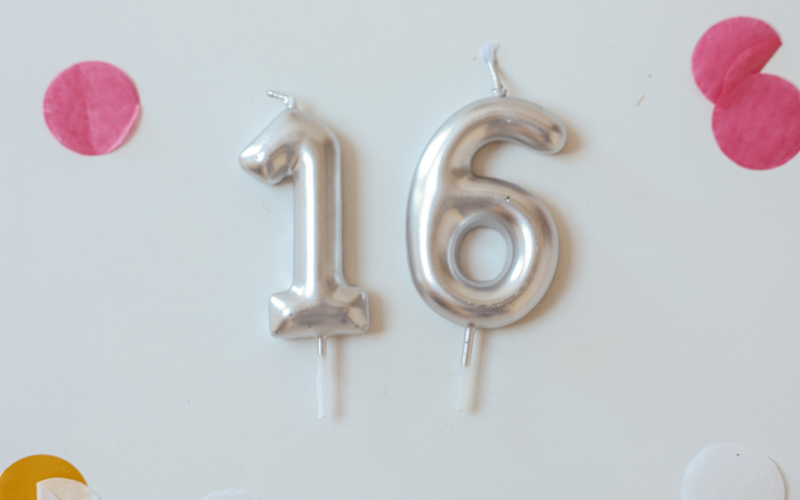 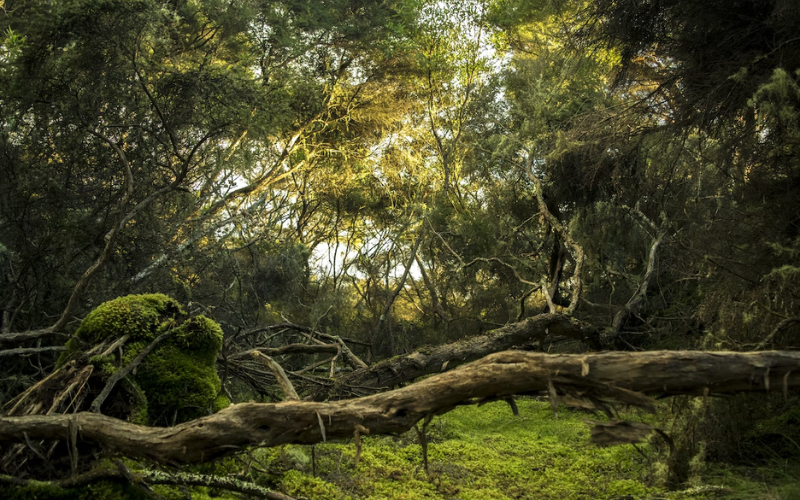