The marketing department certainly got it right when deciding what to name these headphones. Crushing bass delivery is the order of the day here, and the Skullcandy Crusher wireless certainly comes through on that promise.

Let’s be clear. This is the kind of low-end, heavy sub-woofer bass you would expect to hear in a club. These headphones are strictly for the bass-heads of this world who will probably derive some enjoyment from them. Audiophiles need to step away from the headphones immediately and look elsewhere for the level of balanced refinement that the Skullcandy Crusher have no intention of offering.

But if you’re a hip hop or EDM fan, a worshipper of the boom, then these headphones may be just what you were looking for. So, read on to see how they measure up… 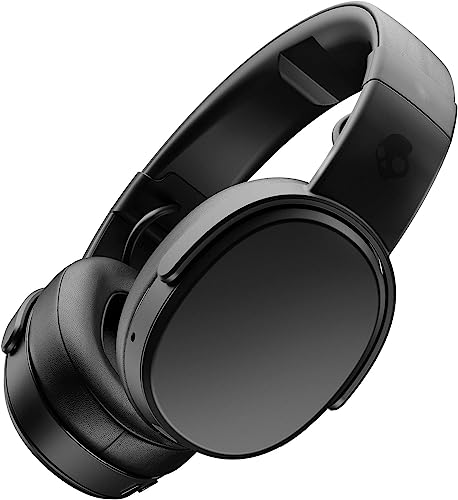 From afar, the Skullcandy Crusher looks like a pretty stylish, if slightly chunky set of headphones. They come in either a matte black finish or a white/tan combination. For the record, we opted for the matte black version.

It’s not until you’re up close and handling them that you discover they look and feel quite cheap. This isn’t anything to do with build quality as the Crusher feels well made enough. It’s more related to the choice of materials used. Cheap plastic and faux leather material are the main offenders here. Both seem to easily attract grubby fingerprints too, which isn’t the nicest of looks after a few day’s use. 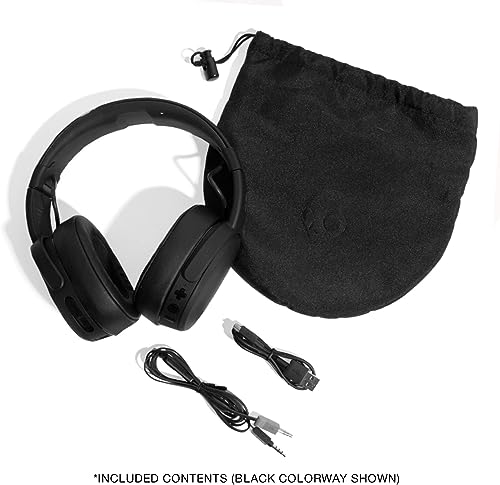 Even though the Skullcandy Crusher are quite large headphones, the hinged design allows them to fold up into a relatively small package that is easily stored in the accompanying carry bag. Although we generally prefer a case, the bag is made from a thick, waterproof material with a faux fur inner lining that should look after the headphones well enough when stored away.

The Skullcandy Crusher ironically exert a fair amount of clamping force on the head. Especially if yours is on the larger side like mine. After two hours of use, we had to remove them to relieve the slight discomfort that had built up.

That being said, the padding on the ear cups is soft enough, and the underside of the leather headband has a chunk taken out of it to relieve pressure on the top of your head, which works very well.

To be honest, if your head is of average size then you’ll probably have very few comfort issues with these

On the bottom edge of the right ear cup, you’ll find three buttons, a center multifunction button with a plus and minus button on either side. Between them, they control all the usual functions of power on/off, volume and track selection, pause/play, Bluetooth pairing, and call handling. 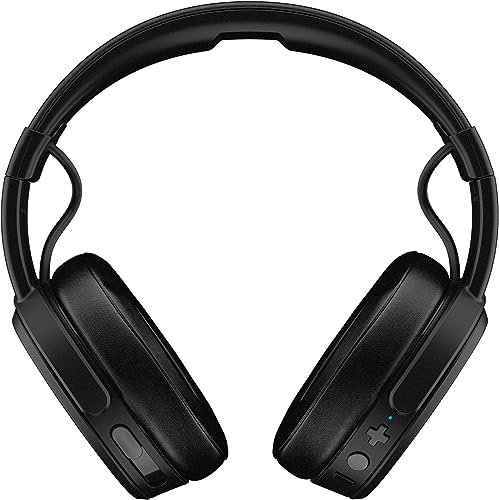 That’s quite a lot of functionality for just three buttons, and there are frustrating parts to the way they’ve set things up. It takes a full three seconds of holding the plus or minus button down to rewind or skip a song. This is annoyingly slow for something that most people expect to be instantaneous.

The buttons are also set quite flat against the ear cup housing, so they aren’t always the easiest to locate in a hurry.

The left ear cup is home to the Crusher’s prize feature, a slider that controls the bass output. A bit of experimentation is needed to find the right level for you.

Pairing was a painless process on both the android and iOS devices we tried them on. Once paired, the Bluetooth connection stayed strong up to the advertised 30ft range. Anything over that, and they started to cut out, but that is completely normal for most Bluetooth headphones. 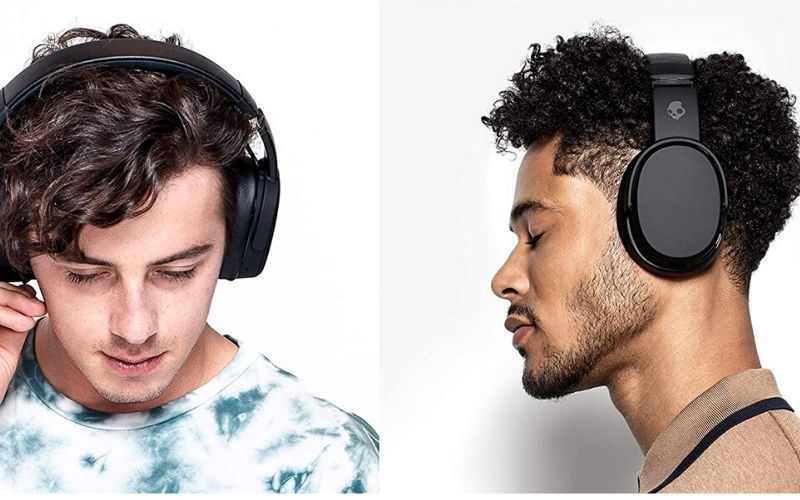 The sound quality, when used wirelessly, was a little lower than when using the 3.5mm wired jack, but again that is completely normal.

The Skullcandy Crusher have an exceptionally good microphone, which makes for very smooth call handling ability. It was easy to hear the caller, and we can report that we were also easily heard, even when making calls in louder environments.

Probably the most impressive feature of the Crusher is the battery life. Skullcandy advertises 40 hours of continuous use on a full charge, which is excellent. We actually managed to get just over 50 hours of use before they needed more juice. This was probably due to the fact that we had the bass slider on its lowest setting for the vast majority of that time.

Either way, that’s a serious amount of playback from a single charge.

If you do manage to completely drain the battery, then the Crusher can be used with a cable via a 3.5mm jack.

As mentioned a few times already, these are very much bass orientated headphones. The standout selling point is the adjustable bass slider with haptic feedback. Skullcandy market this as ‘bass you can feel,’ and to be honest, this isn’t far from the truth.

Once we had turned the slider all the way up, we never felt the need to do it again. For us, the Crusher is more than bassy enough with the slider on its lowest setting. At its highest, things frankly got outrageous. This will appeal to some, but for us, it felt rather like having subwoofers strapped to your ears.

The nuance of subtler musical genres is completely overpowered by the bass frequencies with vocal and instrumental mids often getting lost in the boom.

Halfway will be fine for most…

To be honest, even the most faithful devotees to the church of boom will probably be happy with the slider set to around halfway. Skullcandy may have been a little excessive with the levels here.

Actually, it’s hard to understand quite why Scullcandy made the bass slider as overpowering as they have. Even the biggest bass-head will find the highest setting overwhelms their favorite tracks. It’s the very definition of bass overkill. Fortunately, you can turn the slider off completely for a more realistic reproduction of the recording.

With the slider turned to its lowest, the headphones have a reasonably well-rounded profile that is still on the bassier side, whilst allowing more room for the other frequencies to breathe. This also helped when watching films or gaming.

The haptic bass feedback really came into its own when watching explosive action scenes or in the heat of a gaming battle. In fact, we’d go as far as saying that these make a better pair of headphones for movies and gaming than they do for listening to music

There is no active noise cancelling technology in these headphones, but they do offer reasonably good passive noise isolation due to the over the ear design. Due to the lack of ANC, there’s also a fair amount of sound leakage with these headphones, especially with the bass slider fully turned up. Rest assured, others around you will have a good idea of your listening preferences.

Whilst they are not going to win any awards for their audio fidelity, we were actually reasonably impressed by the overall deal that you get with the Skullcandy Crusher’s. They can be picked up pretty cheaply now, and with that incredible battery life, decent wireless connectivity, and bass orientated profile, they make a pretty good cheap alternative to buying a pair of Beats.

That being said, they should really only be considered by those that love oodles of bass. Even with the slider turned down to zero, it was still a little too much for us. In fact, it’s really hard to imagine a listener out there that would want to listen to these with the slider turned up to 100%. It’s just too much and does make you wonder why ScullCandy decided to go that hard.

Still, you could certainly do a lot worse than these as a pair of wireless headphones for everyday use, and good value for money is certainly there. 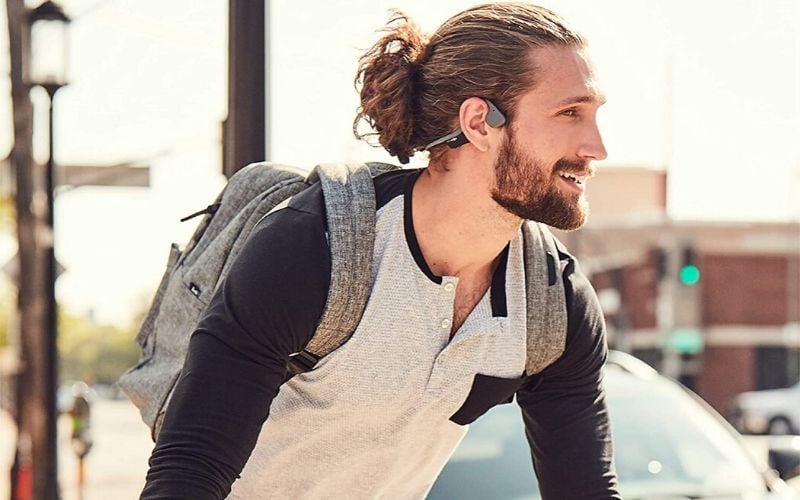 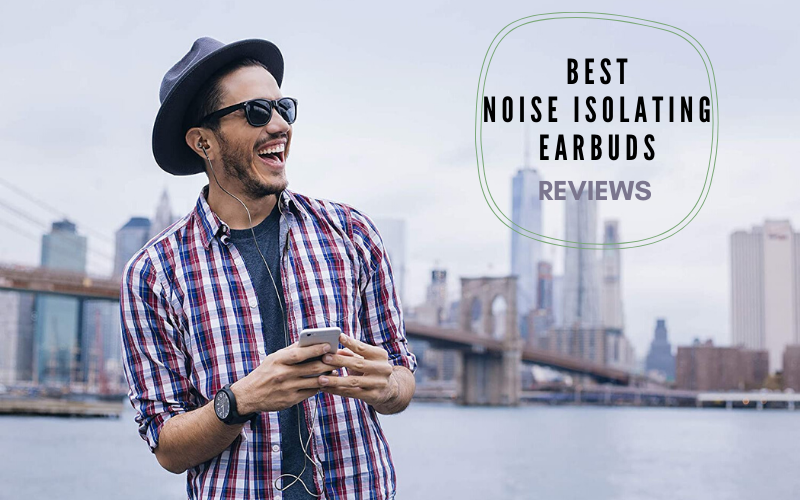 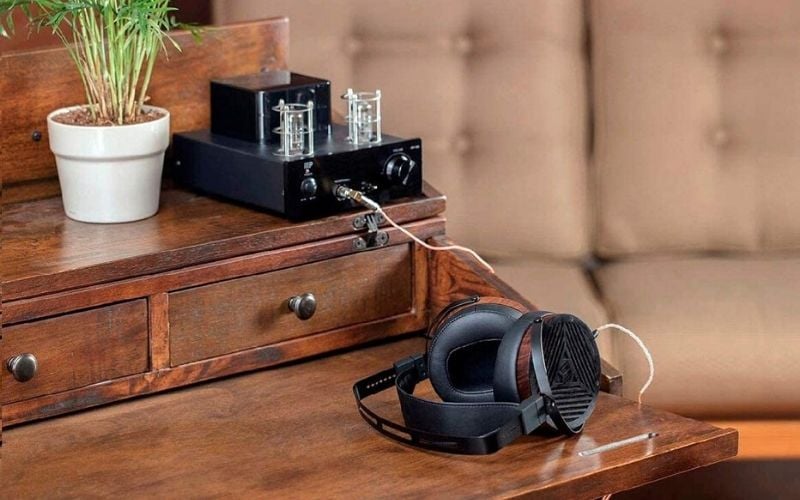