Shure was founded in 1925 in Chicago as a manufacturer of parts for radios. It has grown to become one of the most recognized microphone manufacturers in the world. The range of microphones they produce covers the complete spectrum of requirements.

From studio to stage, there is a Shure mic that will do the job.

Some will argue that they are not the best microphones. In the studio, AKG and Neumann take some beating. But Shure, are not far behind them. Shure has its own special qualities. This is why the SM58 is one of the most commonly used microphones worldwide.

Furthermore, it excels in one specific area. While it is good in the studio, it is on stage where many would say it is unbeatable. And you’re about to learn why in this in-depth Shure SM58 Review…

It is very difficult to write a review on the SM58 and say something new. It has all been said before and just repeated over again. You are tempted to say… just buy it! More on this later.

In many ways, the Shure SM58 has become the stage mic by which all others are judged. It has what many consider an unmistakable sound. Its reliability and durability are renowned, and it is fair to say that this mic is basically ‘bomb-proof.’

The birth of a game-changer…

It first arrived in 1966, and those of us able to remember its arrival just thought it was quite good, But then there was nothing else to judge it by that most could afford. We didn’t dream we’d still be using it over 50 years later. But we are. It is probably the most popular mic in the world.

On the stage we recognize, it is probably the best. But again, we ask if it isn’t the best in the studio, why are so many used there?

It’s because it will provide you with three very important things. It has quality, and it is reliable and tough. And most importantly, it gives you a consistent performance time after time. It is just not going to let you down. 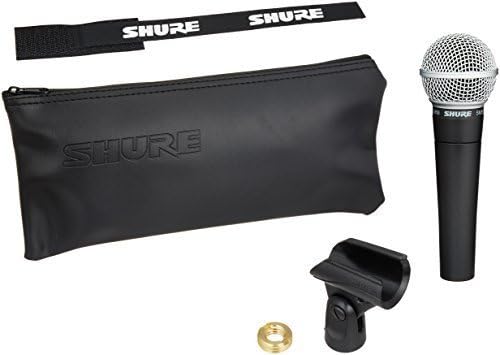 We weren’t joking. This thing is ‘bomb-proof.’ Or, if you want to take it to real extremes, it is “Roger Daltrey-proof.” There have been some interesting tests done on its rugged durability.

Dropped from high buildings onto concrete floors, and run over by trucks. It has been frozen, submerged in water, and even buried. And of course, when all that failed to damage it, it was given to The Who.

It just comes back for more. And it still sounds the same.

It has a metal construction with a heavy-duty wire mesh grille. It is enamel coated to give it the recognizable finish we all know. Tough probably doesn’t really describe it. It has an XLR socket for the connection for the mic lead.

The SM58 does not officially come with a microphone lead included. If you get offered a new SM58 that has a lead, question it. Shure does not provide a mic lead for this mic. Some companies, however, do provide a package with an authentic mic that does include a lead.

It’s worth taking a close look first. There are plenty of clever copies around. 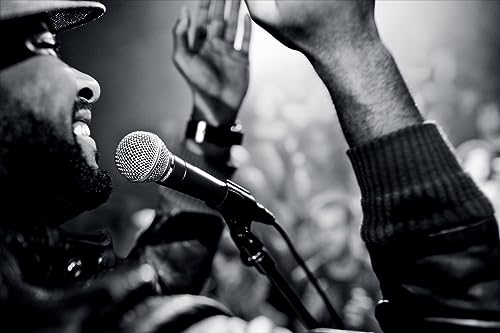 The design of this microphone, in its basic form, has hardly changed. Though these days, there are some variants of the ‘58. It is designed to handle most things it will encounter in its working day.

This will not only help to remove some plosives but is also a limited resource to remove wind noise. It is quite effective for a built-in filter. However, in the studio environment, you will still need an external pop filter.

Handling noise is also reduced by a pneumatic shock mount system. An important feature that also works well and is required, especially with stage performances.

Hear only the sound you want…

The cardioid polar pattern ensures that the main source of the sound is isolated. The design process with this particular pattern is one of the reasons this mic has been so successful. The ability to minimize any external background noise is important, whether in the studio or on stage.

Furthermore, the rejection of sound that is off-axis helps in many ways and offers maximum gain before any feedback issues arise.

It has a frequency response of 50 to 15,000 Hz. It is shaped and tailored to be specifically suitable for vocals. The mid-range is given a little bit of brightness. And there is a roll-off on the bass. This helps to control the effect or proximity. The SPL of 94dB is suitable for voices and most instruments.

But it is here where it might not be as versatile as people claim.

Inside a bass drum, the SPL can reach up to 140dB for a heavy hitter. There will be other mics more suited to that environment. Oh, dear. I feel like we are looking for failings in this mic. There aren’t too many, but that is one potential problem in the studio.

Extra warmth and clarity are given to your vocal sounds with a built-in presence peak. This also reduces and rumble from the low frequencies from instruments.

As we said, the design has hardly changed. Why change a winning team. The design of the mic has stood the test of time. And that is the biggest testimony you can give it. 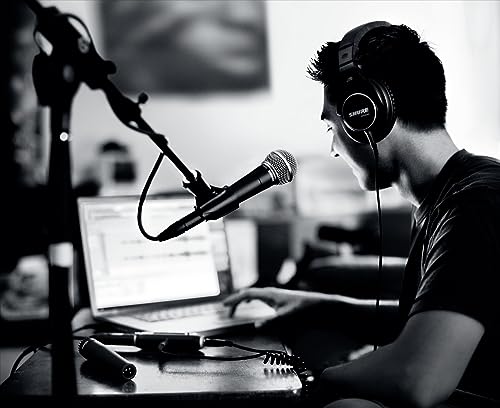 The short answer to that is just about anywhere. As we have seen, as a studio mic, it is a great asset. You will find them in top studios all around the world. However, they are not perfect and do have some limitations. They are better at some things than others.

That said, on a stage during a live performance, they are hard to beat. Even today, over 50 years after they arrived, they might still be the most used microphone for concerts. The sound they produce for vocals and acoustic instruments like an acoustic guitar is excellent.

And the built-in design features play their part. The filters and the shock mount system to reduce handling noise make this an exceptional microphone. It has a variety of uses, but it is on the stage where it excels.

It might have all of its toughness and built-in features. But no one would have taken a second look if the performance was not good. It would just have become another mic. But the performance level was high, and it didn’t take the pros long to realize that.

It is said by some that this is a vocals mic. If by that, they mean that is all it can do, we feel that is a bit wide of the mark. Having said that, its main attributes seem to be geared towards vocal performance.

Lovely top-end and a bright mid-range…

The frequency response especially has a nice top end with a mid-range that has had a little brightening given to it. The bass-roll of as we have said, contributes to controlling the effect of proximity.

Likewise, the carefully designed frequency rise around 4000Hz gives a smooth vocal sound that stands out. Overall a frequency response that has been tuned with its presence peak to add clarity and a rich warmth to vocals.

Great for acoustic instruments too…

As we said, it is not only vocals that see the benefit of these sound design features. For acoustic guitars, pianos, and other acoustic instruments, it brings out the true sound. Even brass and orchestral strings all get the SM58 treatment.

Using it to mic up live guitars through cabinets would also provide exceptional results. However, bass guitars might have a problem with the SPL, most cabinets are around 102 to 104 SPL which would push the mic a little too much.

It won’t let you down…

In closing, our consideration of its performance, there is a fact worth mentioning. These mics have very tight regulated design controls in place. They are identical when they leave the factory.

Most upmarket microphone manufacturers don’t give away too much in the way of extras. Realistically they don’t have to. But with the SM58, you do get a storage bag and also a tough mic stand adapter.

Looking For Something Else?

Can’t get enough Shure stuff? Then check out our reviews of the Best Shure Microphones currently on the market.

Recording vocals or performing live? Have a look at the Best Vocal Mics, the Best Mics for Recording Rap Vocals, and Best Live Vocal Mic.

Sometimes you will come across a product that just amazes and excels in every way. Usually, it is out of reach of many because of the cost. We have talked about this mic. Its design and build, its performance, and what it can do. It amazes and excels.

But the Sm58 is not out of reach for hardly anyone.

The price point says this is the final major feature of this mic that contributes to the legend. For legend is what it is. Great for the vast majority of uses in the studio. Probably the best for live performance, the most used handheld dynamic mic in existence. And at this price?

Let’s return then to our comment in the overview of this review. There isn’t much to think about with this mic. 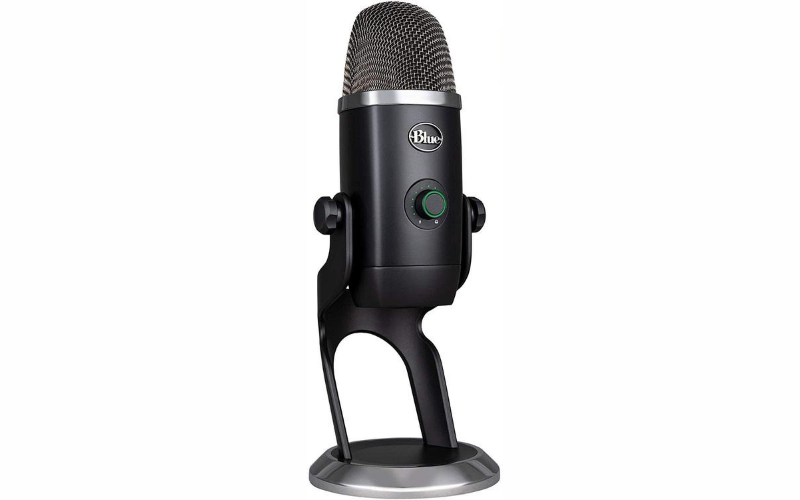 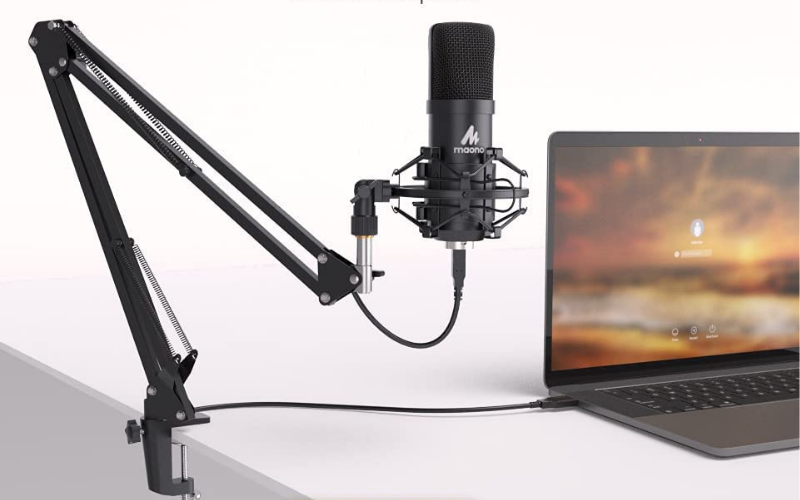 How to Connect a Microphone to a Computer 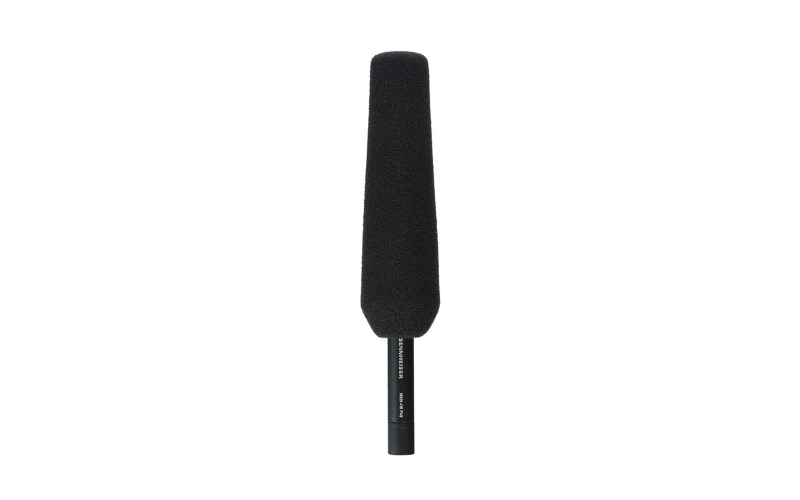