Why? Well, we will find out in our in-depth Seymour Duncan 59 Model Review.

Who made the greatest impact?

In guitars, it is probably Fender as they were the first with guitars like the Broadcaster, later to become the Telecaster. And, of course, the solid body bass in the Precision. Gibson was there, of course, with their hollow and semi-hollow bodies.

In terms of sound, Jim Marshall’s name is spoken in hallowed tones. The ‘Father of Loud’ gave us exactly that which no one else was delivering. He made it Loud. Very Loud. And we might add, with an awful lot of style in the designs.

But there is one name not often mentioned. This is a man who gave us just as much in many ways. And was just as responsible for the modern-day rock sound as any of them. His name is Seth Lover.

If you don’t know him…

Born, appropriately enough, in Michigan in 1901. He worked with Gibson in between stints with the US Navy and gave us the hum-canceling pickup. Or, to be more precise, the “electric-stringed instrument, hum-canceling pickup.” In our modern-day vernacular, known as the humbucker.

He was a clever little chap, designing the first distortion unit, the Maestro, in 1961 for good measure. But it was his 1955 Humbucker, not immediately appreciated, that brought some guitar players to where they are today.

Perhaps the pickup he is most noted for is his ‘PAF’ (Patent Applied For). He applied for the patent in 1955. He finally got it in 1959. In the meantime, it was placed on the new Les Paul range and a few others.

But, it wasn’t all smooth sailing. The PAF replaced the P90, which was the preferred pickup for many players. Sales of the Les Paul struggled at this time. Possibly because of the change.

Guitar players had to cope with ‘that’ single-coil 60 cycle hum. Some didn’t mind. It was part of the sound. However, some didn’t like it. Lover worked out how to wire two coils, so they were out of phase and with magnetic polarities reversed. The effect got rid of the hum before the signal got to the amp. Thus, the humbucker pickup was born.

Now, this is all-important because companies have been trying to recreate that early ‘humbucker sound’ ever since they learned how to spell it. Most fail. To some, it is their holy grail. But if anyone can do it, it is Seymour Duncan.

But who are they? Let’s find out… 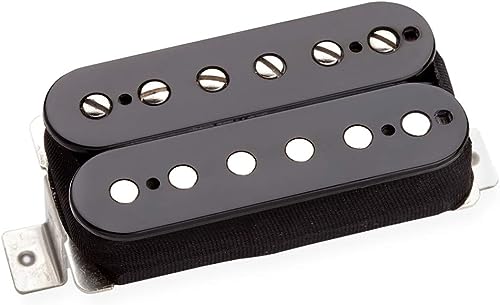 Founded in 1976, Seymour Duncan has built a strong brand in the manufacture of pickups. Tutored at an early age by Seth Lover, he worked early in his career at the Fender Soundhouse in London.

Later, in the US, he set up his company with his wife, Cathy. Their reputation grew, and soon people were after his replacement pickups. Not surprisingly, they were very good. They dabbled with amps, which didn’t work out, and effects pedals that did, but only to a modest level.

It is their pickups they are known for. Are they good? Dave Gilmour had what later became the SSL-5 fitted as his bridge pickup. Enough said. So, let’s take a closer look at this 59 look-a-like and see if it does the business…

The SH-1 is Seymour Duncan’s attempt at a PAF Humbucker clone. It’s a recreation of the pickup found on those late 1950 Gibson Les Paul’s, which have now reached iconic status.

As we shall see, it is built much like the original with similar techniques and materials following the first PAF humbucker specs. Although, some have noted that it has more of a scooped mid than the original.

It is a neck pickup…

As a humbucker, it has some flexible tones with a vintage feel about it. But, the best place for it is in the neck position. It is reminiscent of the original in many ways having plenty of sustain and a warm, smooth tone.

Seymour Duncan makes no effort to conceal what this is supposed to sound like. Therefore, it is going to have to stand up to some closer inspection. So let’s get on with it…

The first thing we are told is that this pickup is built using similar materials. Good start. They have used the enameled wire replicating the original as well as the nickel-plated studs. Crucially there are also balanced coil windings. That is the same design that Seth Lover utilized when he made the original humbucker. There is also the long-legged bottom plate.

This pickup has a 4-conductor cable. This allows a certain flexibility that the original did not have in your wiring configuration. Likewise, there are Alnico magnets, and to give you a squeal-free sound, it is vacuum wax potted.

Better in some situations…

What we mean by that is it may work best with instruments that have a naturally warm sound. Mahogany bodies with Rosewood fingerboards come to mind. With a design so closely related to the original, and with a few additions thrown in, you would expect it to sound like the original. Is it the best replacement humbucker pickup? Let’s find out…

What is the best way to describe this sound? We heard it described as ‘vintage-correct’. That is a good description, rather than ‘exactly vintage’. As we have said so many times in reviews about ‘vintage’ equipment, it cannot be exactly the same. Instead, we look to see if the essential elements are all there.

How does it stack up?

Are the sounds warm with a warm, smooth distortion and a smooth sustain? The answer to that is yes. Can it be clear and sharp in its clean tones? Yes, it can. And finally, does it maintain that ‘humbucker edge’ even when it is not being driven? Again, yes, it does. In fact, it doesn’t need to be flat out to get it either.

As there are four conductors, you’re set up for some phase inverting or coil-tapping, if you choose. You can wire it up, but will you ever use it? Possibly not. It’s pretty good as it is.

An old dog with new tricks?

This might be sacrilegious to some, but it acts a bit like a ‘hot’ single-coil. Only without the hum and with an extra dose of warmth and feeling. And a bit of extra grit, of course.

Again, this is a humbucker neck pickup. Combine it with a Seymour Duncan 59 bridge pickup, and you will have a heavyweight sound. Furthermore, this vintage humbucker sound isn’t going to cost you a fortune. At a nice price point, this is one of the best affordable humbucker pickups you can buy.

So there we are. Vintage? Not perfect, but close. Very close. What we really like about this pickup was that the sustain was good without there being too much ‘dirt’. Often a failure with some manufacturers who ‘create’ humbuckers. 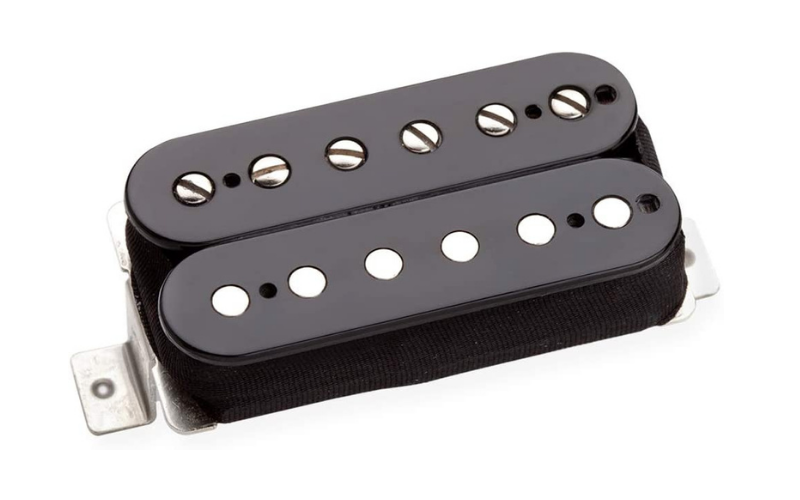 You can’t help but be impressed with this pickup. It is modeled on a classic and iconic sound but somehow has its own edge to it. The sustain is the thing that caught our attention. Just a warm, great sound with not too much dirt. A clear and rich sustain. Just as you would hope for.

Seymour Duncan has produced a pickup with real quality. It’s a long way from the Fender Soundhouse in Tottenham Court Road, London, isn’t it, Mr. Duncan? So, go and snap this up. You won’t be disappointed.

Until next time, may the music make you smile. 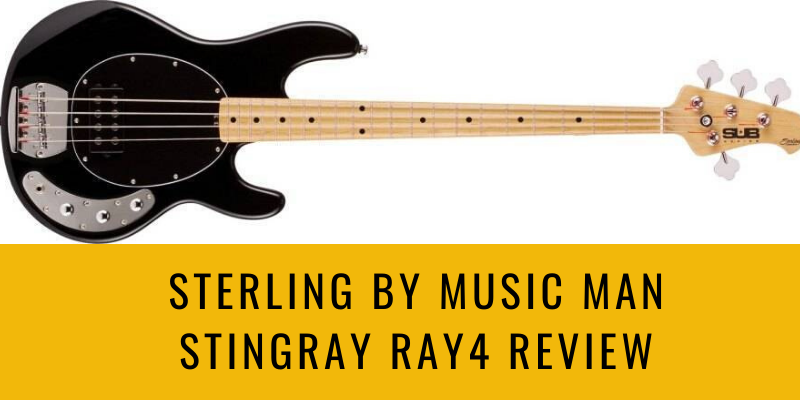