The Sennheiser Game One Gaming Headset is unashamedly styled for gamers. However, despite being firmly geared towards gamers, they can be used in other areas. Certainly, the sound quality and overall package are strong enough, in a lot of circumstances, to stand up to the rigors of multi-purpose use. 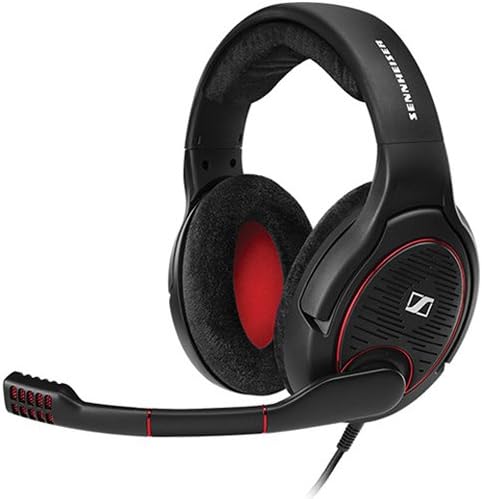 The Sennheiser GAME ONE Gaming Headset we’re reviewing are all black with red accents. These look every bit of their 300 grams to be a set of gaming headphones. If you want to go for something more subdued and a little less likely to get you noticed, there’s a white version with the same red accents.

We prefer the black ones…

The white pair, with all that plastic, looks a little cheap.

The Game one headphones have a mic boom that is not removable. It does a great job, but once you’re finished gaming or pretending to be a pilot, it becomes a bit of an annoyance.

There’s a lot of plastic going on with the Sennheiser GAME ONE Gaming Headset.

The case covering and the headband are all plastic, and it looks just a little bit cheap. It doesn’t exactly look premium even straight out of the box. Additionally, once they’ve been used and abused, the finish is quickly going to scuff and show its age.

The weak point for most gaming headsets is the hinges, and the Sennheiser GAME ONE is no exception. The hinges look and feel more flimsy than the rest of the headset and don’t look like they’re liable to outlast the rest of the device.

The microphone boom also feels less than premium and feels a little clunky to operate. It’s not helped by the ratchet mechanism that does nothing to give it a feeling of quality.

Now, before you stop reading and go and take a look at some alternative headsets, we have to tell you that it’s not all bad news. Despite their looks, these headphones feel sturdy and look like they’ll take some punishment.

This undoubtedly helps to elevate the whole feel and quality of the headset.

Overall, the Sennheiser GAME ONE headset is about what you expect to find, in terms of build quality, for this price point. We’ve seen better, but all too frequently we’ve seen a lot, lot worse.

The headphones describe themselves as lightweight. At 300gms, they can’t be described as being heavy, but there are certainly lighter gaming headphones on the market. Again, about average.

The padding to the ear cups and the headband is made from microfiber. The microfiber is breathable, feels soft, and makes the Sennheiser headset comfortable to wear even over extended periods.

The ear cups are quite large, so they should easily fit over most people’s ears. If anything, they may be just a little too large. The headband, on the other hand, may feel a little tight for people with larger heads. We’d have liked to see the headband just a little wider and the earcups just a little bit smaller.

The Sennheiser GAME ONE gaming headset has two main features. These are the built-in microphone boom and the volume control.

The microphone is on the left ear cup and operates easily by simply pulling it into a downwards position. When you’re finished, just pull it back up again, and you’re done. We like the straightforward simplicity of its operation. 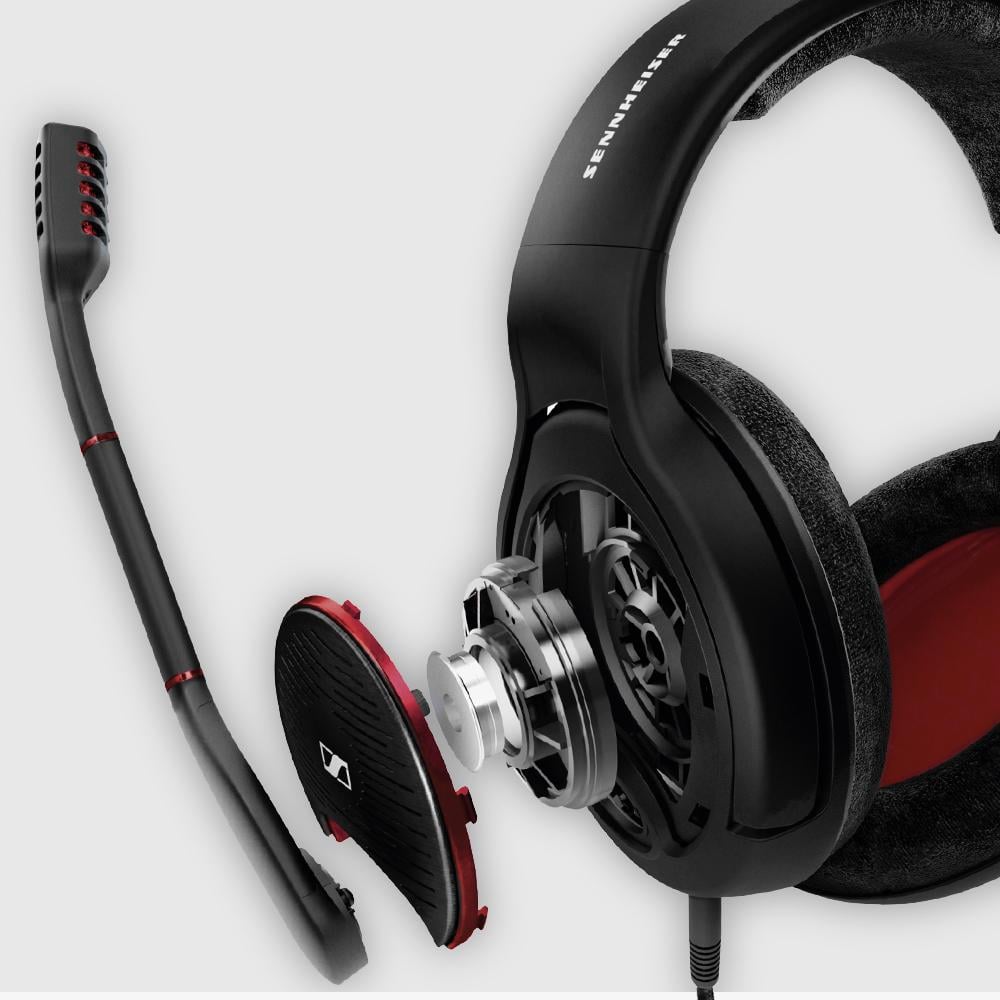 The volume control is on the right ear and is operated with a wheel. This, again, is intuitive and simple to use. In the heat of battle, you’ll have no problem using either the mic or the volume control.

The only other feature on the headset is a detachable cable. It’s always good to see a detachable rather than an integrated cable. Basically, if things get all tangled and damaged, a cable swap is a quick and inexpensive fix.

Firstly, let’s deal with the fact that this is strictly a wired headset. There are no wireless variants. So, if you’re in the market for a pair of Bluetooth compatible headphones, these are definitely not for you.

The Sennheiser Game One has a TRS cable. It’s a 3.5 mm split cable with one input for the microphone and a second input for the headphones. Sadly, and frankly quite annoyingly, you won’t be able to use this cable with the majority of gaming systems.

The only major gaming system the Sennheiser Game one headset is compatible with is PlayStation 4.

It’s a constant source of irritation that the gaming companies don’t have a common industry standard cable. But as irritating as it is, it’s not going to change. The fact is that you’re going to have to use either a whole new cable or an adaptor on most games. 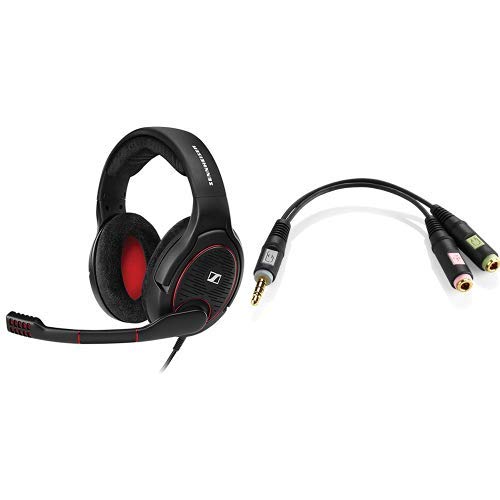 An adaptor is always going to be the cheaper of the two options. However, if you’re playing frequently with a particular gaming system, we’d always favor a new cable over an adaptor. Whichever route you choose, you’ll also be stuck with using third party adaptors or cables.

We’re not sure why Sennheiser don’t produce their own proprietary cables and adaptors, other than for PlayStation 4, but they don’t. Fortunately, there’s plenty of inexpensive and readily available third-party options for sale, so no real dramas.

There’s isn’t any, well, virtually none. That’s no surprise since they are open ear headphones. If you’re playing at home in a reasonably quiet environment, this won’t be an issue. However, if your gaming in any kind of noisy environment, maybe with other gamers, or where there’s street noise, you might have a problem.

If you need to get a bit of peace and quiet from everything around you, we don’t think the Sennheiser Game One Gaming headset is going to cut it. You’d probably be better with a closed and noise-canceling headset.

The sound of the Sennheiser Game One is actually pretty good. Though it is very much accentuated towards gaming rather than any kind of general music or movie listening.

No surprises here either.

The Sennheiser Game One headphones deliver some high clarity of sound across the spectrum of frequencies. You get some high high-quality gaming audio with plenty of engagement. All of this, despite the lack of any capacity to equalize the sound.

Now for a few sound specifics…

The bass gets down reasonably low, though it tends to be less accurate in its representation in the lower-bass when compared to the upper-bass. You can still hear the thumps and smacks in these lower areas thought the lower you go, the muddier the sound becomes.

This is not uncommon with open-back headphones at this price. The fact is that the performance of the bass is very much on par with most gaming headsets in this price range.

Excellent in the mids…

The mid-range is really good. It’s accurate and well detailed, with very little deviation from the source sound. You essentially get a flat response in the mids. Vocals and instruments are nicely represented because of this.

The trebles are reasonably well balanced. They’re clear and present without ever becoming shrill.

The soundstage is relatively small and about average for the price. On the whole, most of the action seems to be going on inside your head, rather than at some faraway point.

Can you listen to music and movies with a Sennheiser Game One gaming headset?

How good is it?

It’s not bad, but it’s not as good as you’d get paying a similar price for a dedicated audio-focused set of headphones. However, they’re still good for the price, and there’s certainly enough clarity and detail not to make the listening experience a tiring one.

What’s more, if you’re not listening to predominantly bass-driven, modern genres of music, these might have an advantage over some modern headphones. They don’t over emphasis the bass, say like Beats, so if you don’t like that kind of sound signature, these aren’t bad at all.

You may get some looks…

There’s no doubt that if you like both gaming and listening to music, and you can only afford one pair of headphones, these are a good option. The only problem is that they’re clearly styled as a gaming headset. Consequently, they may look a little odd when you’re out and about.

All in all, these are a fairly priced set of gaming headphones.

Although the design is predominantly geared towards gaming, we still think they do a reasonable job if you choose to use them for both gaming and general listening purposes. If you intend to only keep them in the house, they’re not a bad option for a one set of do it all headphones

If you are involved in any long gaming stints, you’ll find then comfortable and easy to use. Furthermore, they’re durable enough to take the kind of punishment to be expected from a gamer.

If you don’t need Bluetooth, we think they’re definitely worth considering. 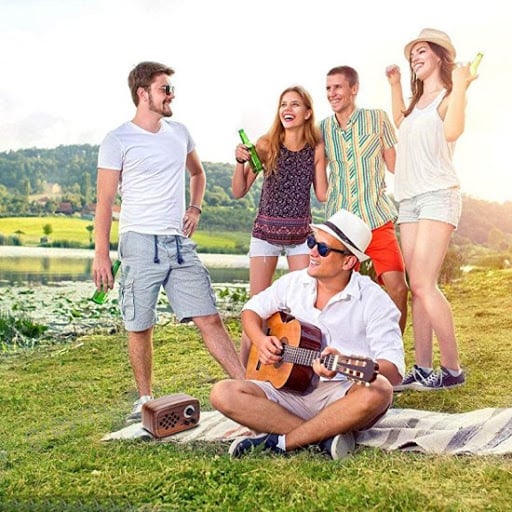 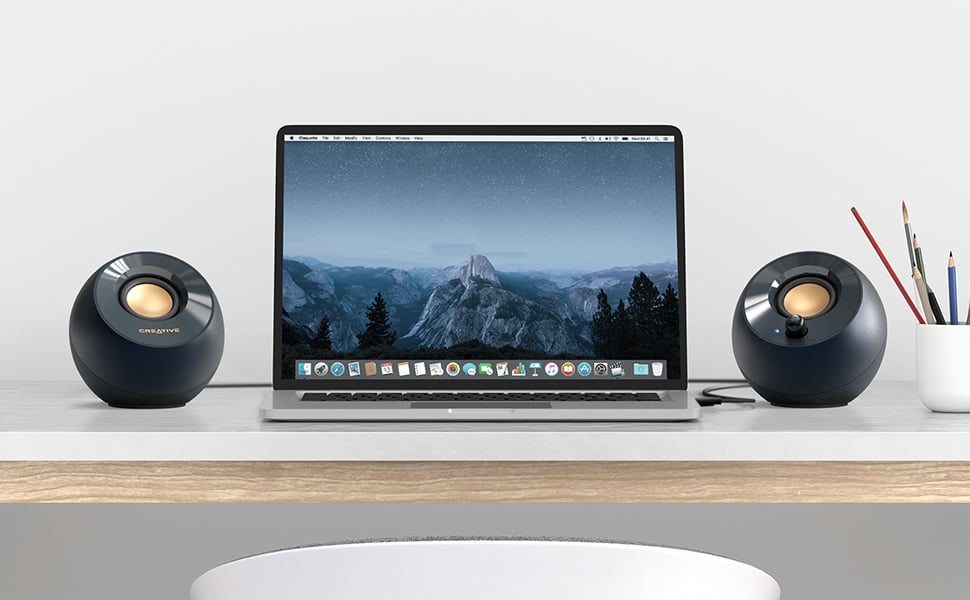 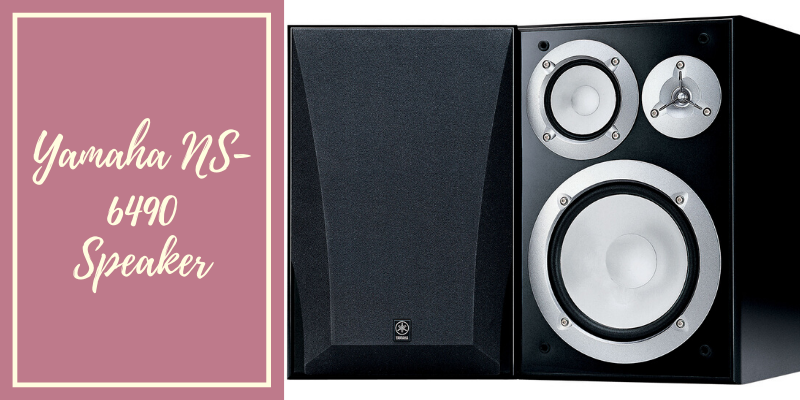