The USB mic arrived in the early 2000s and instantly started to become popular. Driven on by advances in computing and what technology could achieve, they became more sophisticated. New industries were created around the options these new technologies gave us.

People set up social media channels, podcasting came into existence, and there was a need for efficient microphones. Microphones that can plug directly into the computer.

The Development of the USB mic

That is what drove the development of the USB mic. Mics like the Samson Go Mic Portable USB Condenser Microphone. While they haven’t reached studio quality yet, the quality of what they can produce has increased dramatically.

The Samson Go is just one of a growing range of mics. But before I get into this in-depth Samson Go Mic Portable USB Condenser Microphone Review, who are Samson?

They designed their first wireless microphone in 1980. Since then, they have grown to be an important player in the budget microphone market. There are three separate companies, Samson Audio, Samson Wireless, and Hartke. The latter being bass guitar amplification.

They now boast a range that has over 250 products sold in 140 countries worldwide. They do not make any wild claims in comparison to the real high-end mics available, which is nice to see.

What they do is produce decent-quality cost-effective audio equipment. Products that are fit for purpose and fit the needs of those who use them. The Samson Go Portable USB mic is just one of their range. So what is it all about?

We mentioned that Samson makes mics that are fit for purpose. This is a good example. It has a compact, convenient design and can either be used as a stand-alone mic or clipped to your computer.

This makes it a good microphone for recording interviews or voice-overs. But also for podcasting and even using Skype and other media. However, because it’s compact and portable, it can be connected to your computer and used in outside broadcasts. The environment being acceptable, that is.

It has been designed to fulfill several functions for a certain sort of user. This is why I say it is fit for purpose. So, let’s take a closer look… 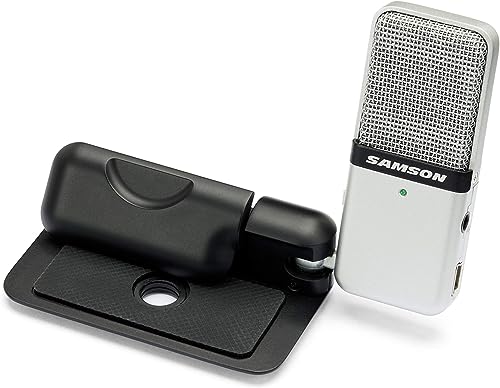 I have already remarked that it is a compact mic. It is made from a combination of metal and decent-quality plastic. The grille is metal, and the bottom of the casing is plastic. Measuring 6 x 1 x 5 inches and weighing just eight ounces, they don’t come much more compact.

It is even possible to slip it into your pocket. This courtesy of the fold-up design. As a result, it’s one of the best compact USB microphones you can buy.

The stand is very sturdy and is made from black anodized steel. There is a clip with a spring in it that is also steel. This provides a solid base should you wish to use it freestanding rather than attached to your computer.

It has three ways of being set up. I have mentioned the desktop stand and the clip that attaches the mic directly to your computer. But you can also use an adapter to mount it on a conventional mic stand. Please note that the adapter is not supplied.

To help you achieve the results you need, there is a built-in ⅛-inch headphone output. This allows you direct monitoring to listen to what is being recorded. It enjoys zero latency. 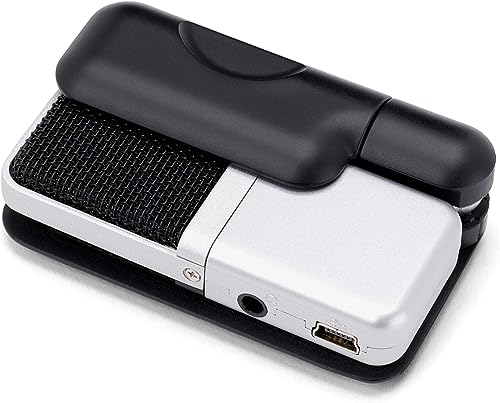 It comes supplied with a case, which is good news for those planning to travel with it or use it in outdoor locations. It is a zipper case made from hardened felt material. Not as strong as a tough plastic or metal case, but should do the job if you treat it carefully.

This is an Electret Condenser mic. High-quality Electret condenser mics have a charge that is permanently built into them. To function generally and to record sound, all mics need positive and negative plates that are charged.

Most condenser mics need phantom power to operate. But Electret, with their built-in charge, does not. This mic will therefore operate completely through its USB cable. It has two Polar Patterns, and I shall discuss those and their practical uses a little later.

Where is it Best Used?

If you are recording videos for social media, podcasting, conducting interviews, there are a range of requirements. If you are working both indoors and outdoors, that makes those requirements more complex.

Some people can afford to buy a mic to cover every working environment. But some can’t or don’t want to do that. In that case, they need a mic that will at least handle the important situations. Samson has tried its best to give those people that option with this mic.

It has some situations covered

I will refer to the dual polar patterns later, but I do need to mention them here. This is because they give options for different types of recording.

If you are asking the question, “Where is it best used?” then the answer is probably indoors. It will, however, be fine outside in certain situations. Especially where it is not too windy or wet, or where there is too much ambient noise.

Cardioid mode is perfect for voice-overs or commentary. And as a very basic mic to record voices and some instruments, it will do the job. If you are interviewing or holding a group discussion, then the omnidirectional mode has that covered. However, you will need a pop filter for any recordings where the speaker is close to the mic.

So, indoor environments are where this mic will score points. That covers podcasts, interviews, and group discussions. But also voice-overs for videos and even for some basic music recording. That is a reasonable level of operating and functioning options.

It isn’t going to do so well. Wind and other weather conditions will certainly interfere. If they are mild and they don’t worry you, then you will get away with it. It will attach to your computer with the clip, but as I keep mentioning, it will be external forces that determine the quality of what you record. 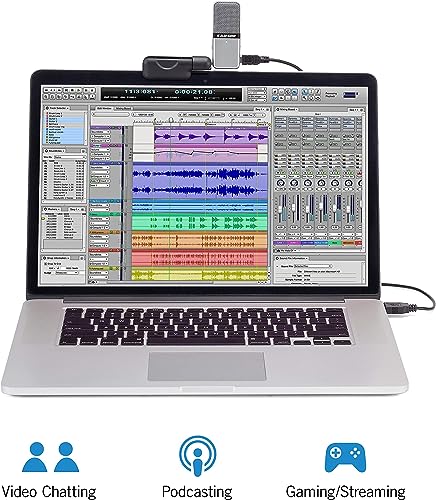 Creating a mic that has some options for a variety of uses is one thing. But it also needs to be easy to use. It doesn’t get any easier than plug-and-play. The Samson Go Portable USB Condenser Microphone requires no drivers. It is compatible with Mac or Windows computers. Therefore, it’s one of the easiest to use USB microphones on the market.

I mentioned earlier that I would return to the performance of this mic. I have already outlined some of its principal areas of operation. But this mic goes a little further than some USB mics in its performance.

To try and make it suitable for different applications, it has been given two separate polar patterns. You can just switch between whichever is best for what you are doing.

A Cardioid pattern will collect sound that is produced right in front of the mic. It will reject sounds that are coming from the rear and the sides. This makes it suitable for voice-overs, single-person podcasting, or commentaries. This cardioid pattern has a frequency range of 80Hz-18kHz.

This collects sound from all around the mic at equal levels. This can be used if you are holding a discussion between two or three people or a whole group. It won’t give you the same quality that could be obtained if each had their own dedicated mic. But this mic is all about simplicity and practicality. Being able to hold a group discussion and record it is a great option to have.

Should you need it, there is a -10dB pad that allows you to record louder sources and gives you a little extra headroom. This will prevent the audio from overloading. The Omnidirectional pattern has a slightly wider frequency range of 20Hz-20kHz. As an added plus point, this mic enjoys a decent SPL of 121dB. That allows it to record any sudden volume spikes comfortably. 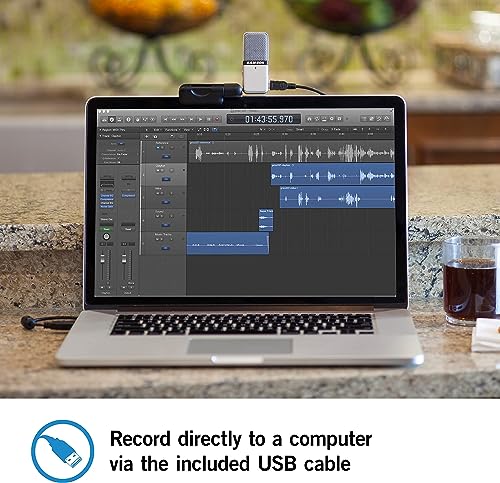 You will quite often see that included in the description to emphasize the quality of the recording. It is worth a quick look at what that means.

Samson advertises CD quality, 16-bit/44.1kHz audio recording, which it is. Put in other terms, that will give an approximate 96dB analog dynamic range. Also, an approximate 22kHz analog bandwidth.

Technology has advanced a long way since the 80s, when this was considered quality. It broke those barriers quite a while ago. You might find that the bit depth today is more commonly 24-bit, not 16-bit. Sample rates also have progressed and are often 48kHz or even 96kHz right up to 192kHz at the extreme; however, 44.1 kHz is still widely used across all levels of the professional recording industry.

The quality of the CD format is good in many ways. But high quality, high resolution it is not. I don’t mean this to sound over-critical. But it is worth appreciating what sound quality means today as opposed to thirty or forty years ago.

The one thing you must always keep in mind is the cost of the mic. And at this price point, having “CD quality” is about what you would expect.

I am usually quite impressed with Samson mics, given how much they cost. I think that must be a consideration in evaluating all mics. They are not high-end, but they do a decent job. And that is what it is all about with the best budget range USB condenser microphones.

As long as your expectations are not too high, then this mic serves its purpose. It is not suitable for professional voice-overs or narration. But at this price point, you wouldn’t expect that. 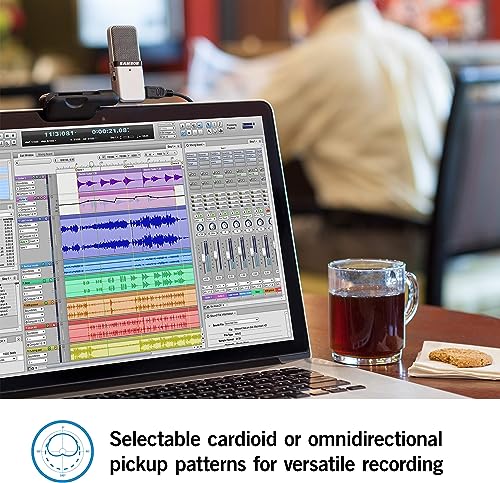 For what it is, it is a good value. And if you are on a tight budget or just want a cheap mic for whatever reason, then it is certainly going to do the job. It needs to be handled with care, so indoor use in a stable environment is probably best. Definitely worth a look to appreciate what it can do.

Until next time, speak freely. 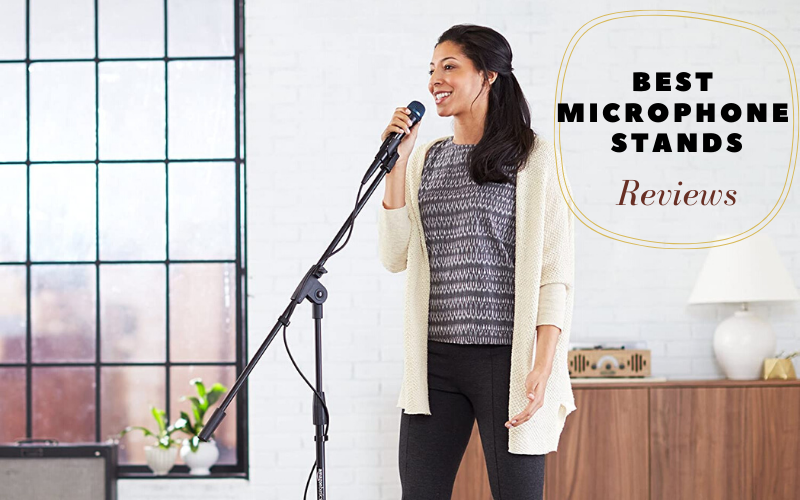 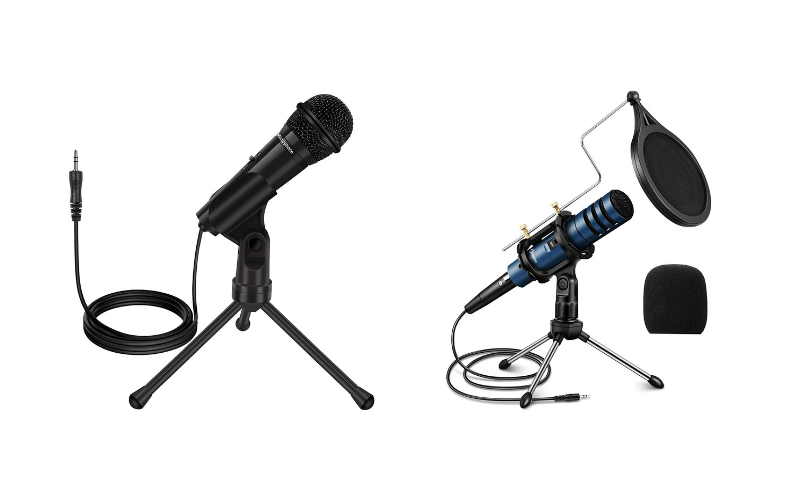 How to Connect an External Microphone to a Smartphone 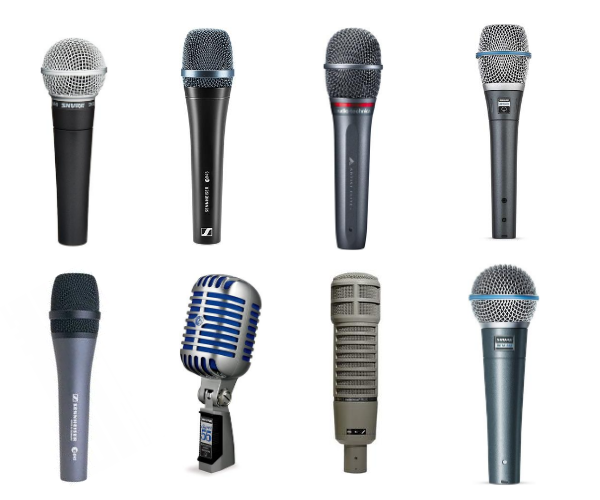