Microphones have come a long way since they first arrived. The first one was invented in 1876, in what can only be described as a rather rudimentary form. They developed gradually, and the first dynamic microphone came in 1931.

Before that, though, was the first condenser mic in 1916, while the first ribbon microphones were used in 1920. The Samson CO1 microphone is a distant relative, but it is a relative.

A good microphone normally costs you a lot of money. To get an excellent one usually a lot more, though there are exceptions. That’s why the rise of companies producing decent quality microphones at cost-effective prices has been so important.

They might not be the highest quality, but they do a better than decent job in most cases. The Samson C01 is one of those microphones. But before we go through our in-depth Samson C01 Review, who is Samson?

Founded as recently as 1980, Samson technologies started by designing wireless microphone systems. They have grown significantly since then and now have three separate brands. These are Samson Audio, Samson Wireless, and also Hartke. The latter being notable for their bass guitar amplification.

Samson also earned some points by being one of the first companies to produce a USB microphone. They manufacture what might be described as very much a budget range of microphones. Having said that they have good qualities and fill that hole in the market we mentioned. A decent standard kind of mic at a cost-effective price.

The C01 is just one of the microphones in their range. So what is it all about? 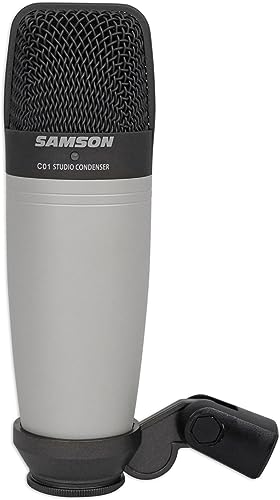 This is a large-diaphragm mic that has one of its biggest assets is versatility. It was first introduced back in 2002 and has remained popular ever since. In the competitive world of microphone development and the options available, that is a testament to its basic qualities.

If you are working to a budget, you might not be able to afford half a dozen mics for varying applications. The majority of people can’t. That is where a mic like this plays its part.

Because it is so versatile, it can work well with vocals, guitars, and other orchestral stringed instruments. But it can also work with drums. As we shall see later, the SPL allows it to perform a reasonable job with percussion.

In fact, it might be fair to say that this could be one of the best value microphones you can buy. Let’s find out… 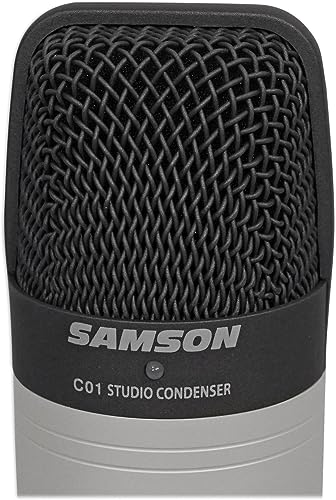 When you have a microphone that is designed for a variety of applications, it needs to be well-built. This mic could be used anywhere, and so it needs to be able to cope.

It has a very rugged design that includes a mesh grille on top that is a heavy-duty gauge. The mic weighs in at just over two pounds, so it feels quite substantial in the hand.

It has a gold-plated XLR connector. That is always a good addition. It prevents any corrosion from occurring and ensures there is always a good connection. There is an LED for monitoring phantom power, which being a condenser mic is required.

A solid build is how you might best describe it. Maybe not the toughest around. But don’t drop it on your foot. 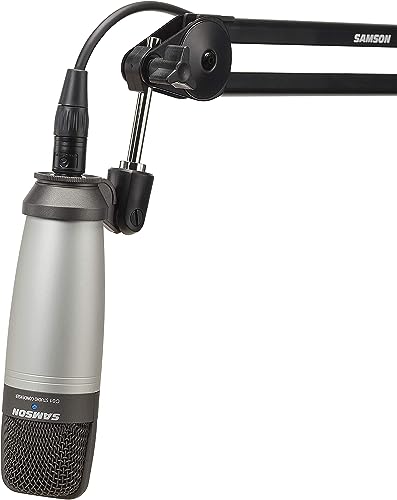 This is a condenser mic, as we have said, which has plenty of options. It is marketed as having a large dual-layer 19mm diaphragm. 19mm is larger than the average size, but in our view, it is at the large end of a medium-size diaphragm. Some large-diaphragm mics are larger than 19mm, often 22mm or even higher.

That doesn’t particularly matter; it still offers quite a wide dynamic range. Generally, it is the sound that is important, not necessarily the numbers.

It has a Hyper-Cardioid pickup pattern that offers a good rejection of off-axis sound. Furthermore, it is a unidirectional mic, and that has its own benefits.

Omni and bi-directional microphones are fine for a range of uses. But for recording and live sound, a unidirectional mic can sometimes be a better option.

The unidirectional design will give you better instrument separation and certainly better control over feedback. The hyper-cardioid pattern will give you even more rejection of unwanted sound from the side. This has the benefit of letting you collect more of the sound you want and less of the sounds you don’t.

It has two sensor membranes that feature an extremely thin design. The idea is that they will collect sound with more detail than a dynamic coil. Likewise, it has a standard XLR connection.

A well-built mic that is rugged enough for live performance if you wish. As well as the studio work it was probably designed for.

As we just said, it is likely that Samson designed this mic principally for use in a studio. However, there would be no reason why it would not be suitable for other uses. It is quite a large and heavy mic compared with some others. Therefore, it might be best to use it on a mic stand.

But as we shall see in the next section, the high SPL does give it a variety of uses. At this price point, that has to be an advantage. 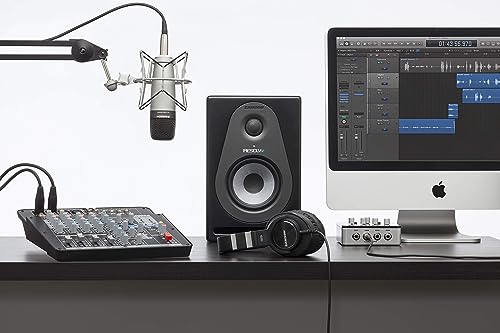 So, having identified that it has a range of potential uses, let’s look at its performance.

If you are using this mic in a studio, then there are certain advantages. For vocals, it is a decent mic. Not what you would call stunning, but more than adequate for a home studio or as a backup mic. We will return to the vocal aspect.

But it is in other areas that it might prove to be much better than its price tag suggests. It has an impressive SPL of 136 dB, which is quite good. How about as a mic on a drum kit? Many engineers would prefer, for example, a mic for a kick drum to be around 140 dB or above. However, this is only just under that figure, so it’s likely to be able to cope.

Other benefits of the high SPL…

But aside from the kick drum, it is a great overhead mic on drums. But let us leave drums now and look at other scenarios. Does it tick the boxes?

A high SPL is important for using a mic close to guitar and bass speaker cabinets. And this is an area where it does very well. Some still like to throw a mic in front of a cabinet rather than go straight to the desk. A good SPL is needed for that. This can do the job.

Back to the Vocals…

Some will say that a good vocal mic is the most important thing you need in the studio. Whilst all of the sounds are important, it is hard to find a case to disagree with that, unless you don’t have vocals, of course.

The Samson C01 has proven itself to be a very good studio mic. Whilst it can produce good results on stage, it is in the studio where a condenser mic really shines.

The hyper-cardioid pattern ensures the mic is concentrating on collecting the sound source. At the same time, reducing any background noise. Off-axis sound rejection is an important asset. The frequency range of the CO1 is adequate at 20Hz-18kHz. That is fine for vocals, and the signal to noise ratio is 71dB.

If you are on a tight budget and need a good condenser mic, this performs well, above its price range.

Included with the Samson CO1 is a swivel stand, which will fit any mic stand with standard fittings. It will also accommodate the SP01 Spider shock-mount.

Samson has clearly packed as much quality in this mic as they possibly can. In doing so, they have managed to create what might be called a ‘jack of all trades’ mic. 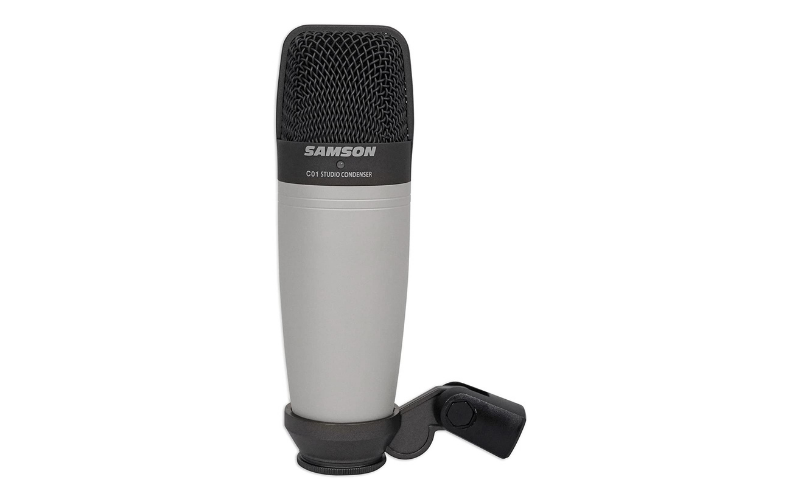 For the price point, you will go a long way to finding a better condenser mic. It is well-made with good features and is set up to perform well in the studio. It has a variety of uses and can perform well in most environments. In terms of options, it’s a great budget range starter mic for a small home studio. 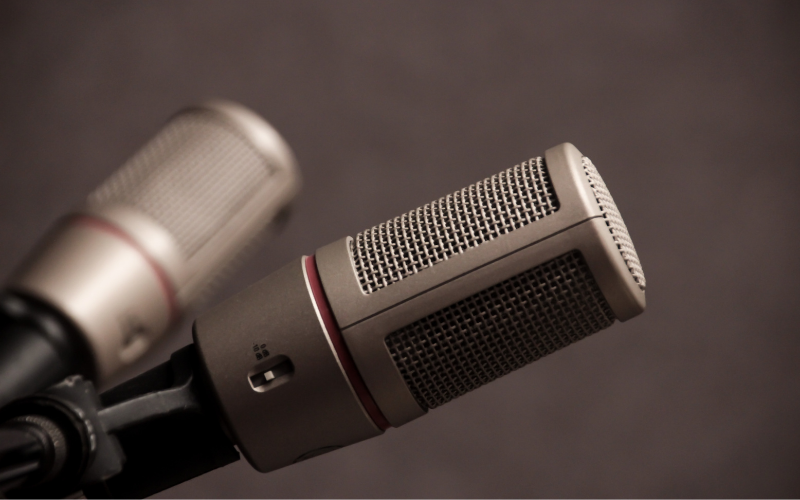 What Is Microphone Sensitivity? 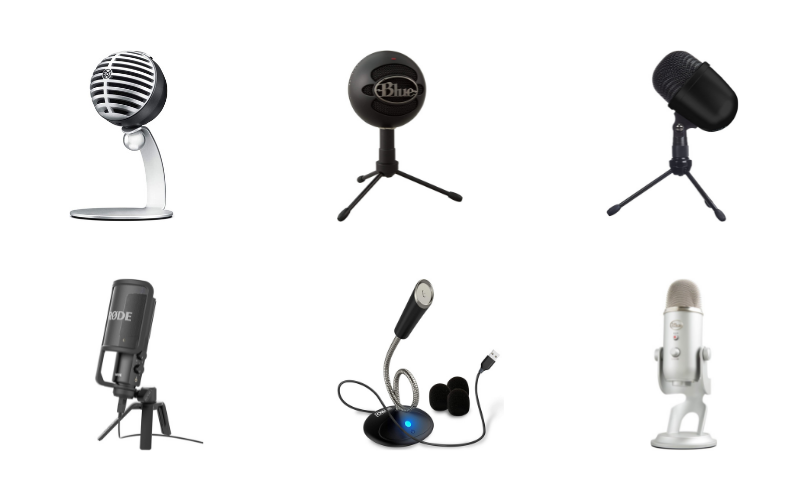 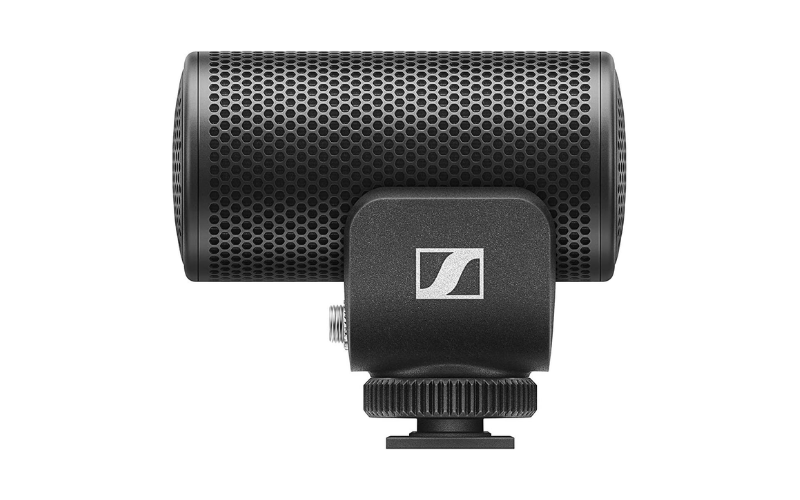