If you’re building a personal home theater system, you will have to make that important decision. Do you need an amplifier or receiver? Most people assume that amps and receivers are pretty much the same things, but that’s not entirely true. The receivers vs amplifiers debate is a confusing topic even for audio aficionados because the two are similar in some ways.

So, here are some essential things you need to know about the differences between amplifiers and receivers.

Are Receivers and Amps the Same Thing? 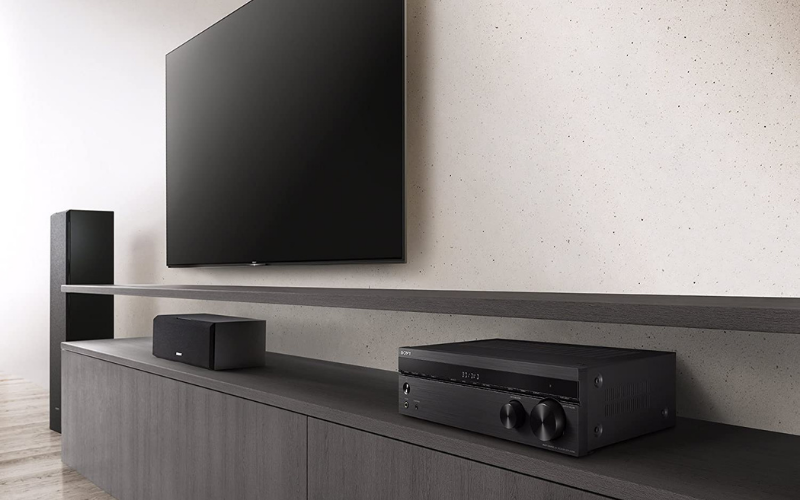 No, they are not the same thing. An amplifier’s main function is to take an audio signal and amplify it so it can be heard through your speakers.

The confusing part is that receivers have built-in amps that do the same thing but are also equipped with many other features. With a receiver, you get a tuner, input selections, radio, a preamp, access to volume control, and much more.

You’ll have to ask yourself an important question

Do you want a home theater system where individual components such as a preamp, tuner, and amp are separate? These are called “separates.” Or do you purchase a receiver that already has those components in one single package? Because a receiver has a built-in amp and loads more features, it makes sense to buy one instead of an amp, right?

Not necessarily, as there are lots of benefits to using a standalone amp.

What Are Standalone Amplifiers?

A standalone amplifier is a device that takes an audio signal, amplifies it to make a larger version of the signal, and then sends it to the output. If you don’t amplify the signal, it’s not powerful enough to come through your speakers.

The term “standalone amplifier” can also be confusing because there is more to powering a home theater system than simple amplification. You will need a preamp/processor, speakers, and an amplifier to make your system work properly. 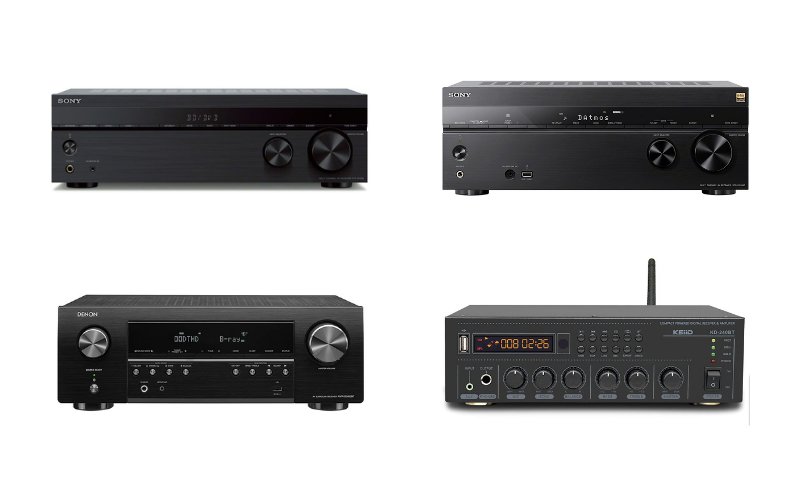 You would think the consensus is to buy a receiver because it already has the built-in components. And in terms of convenience, you are probably right. But there are some situations where purchasing the amp is a better option.

When connecting your home theater system with your TV, consoles, and speakers, a receiver is a better fit. But if you want to get the most from your audio setup, nothing can beat using an amplifier.

Between 90% to 95% of people will need a simple AV receiver setup for their home theater system. More complex audio setups would benefit more from using a standalone amplifier. So here are some of the best AV receivers to simplify your system build.

When you want the least hassle and are not concerned about getting the best sound quality, you can’t beat getting everything you need in a single package. You will get multiple audio and video inputs, the preamp, amplifier, a tuner, and simple volume control.

Generally speaking, buying a receiver instead of separate components will save you money. Costs can go through the roof when buying lots of individual devices.

Although purchasing a receiver is a viable option for most home theater builders, there are a few drawbacks.

The quality of built-in receiver amps can be dubious. You don’t get a dedicated amp with a receiver, so you can never be sure of the quality before you buy. Amps in receivers are usually small because they are sharing space with other components. If you have large speakers, receivers might not have enough amp power to make them work properly.

Not Easy to Replace or Update

If the amp in your receiver breaks or stops working, you will have to replace the entire receiver. There are no individual parts to replace or upgrade, which can limit your options. 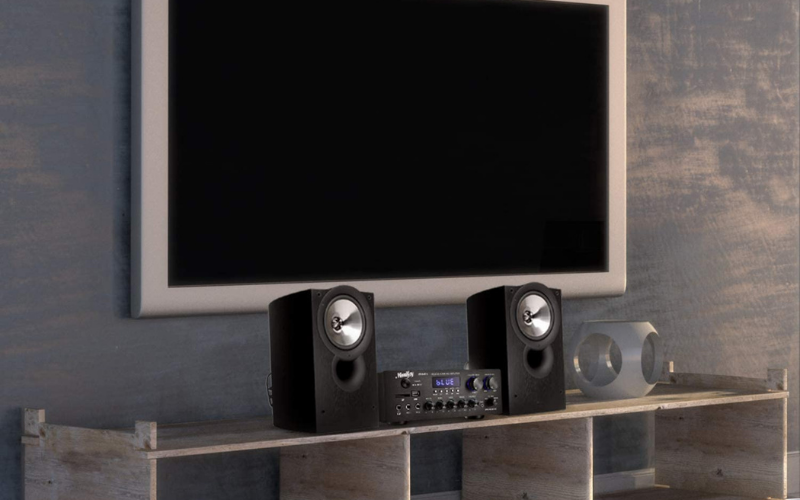 With an amplifier and separates, you get total control over your system build. You can decide the type of preamp, tuner, or amplifier that you want to use. You are not limited to the fixed components in a receiver box.

Easy to Replace and Upgrade

Using a separate system with individual components makes it easy to replace or upgrade your home theater system. If your amp breaks or doesn’t fit your quality expectations, you only have to replace the amp.

If you want a quality standalone amp, they are more expensive than all-in-one receiver models. You will have to seriously invest if you want an amplifier and other separates. But at least you can control your budget for each component.

Using an amp and loads of separates can take up lots of space. If your home theater room is large, it shouldn’t matter too much. But if you have space limitations, you might have to reconsider your options. Each component will need its separate device, which can be quite cumbersome and take up loads of space. 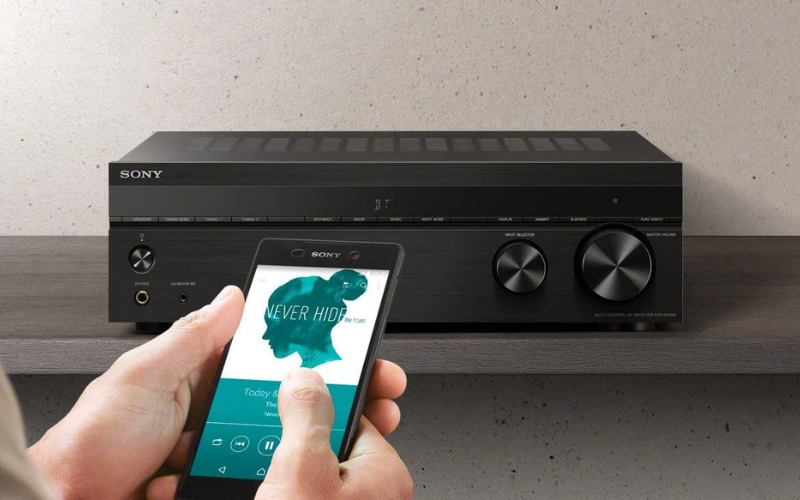 Are you more interested in listening to music than watching movies on your system? If so, using a stereo receiver is the right choice. These receivers are strictly for audio. They usually come equipped with a radio, volume controls, and several input selectors that support various audio devices. Stereo receivers do not support video sources, so if you want to integrate video, they are not for you.

If you’re not interested in movies and want to get the best sound quality possible, this is the type of receiver you need to buy. It’s also the most cost-effective option to power your speakers for audio-only.

Audio Visual receivers are more commonly known as A/V receivers and are quite different from stereo models. Did you build an entire home theater system just to listen to music? We didn’t think so. Listening to music is great, but we essentially build these systems to enhance our overall movie-watching experience. AV receivers support both audio and video formats.

AV receivers also come with lots of inputs that make it easy to connect streaming devices and apps, Blu-ray players, gaming consoles, and even other speakers. This is easily the most convenient option for home theater builders who want it all without too much hassle.

It’s time to start making some difficult decisions as this receiver vs amplifier debate is about to conclude. Which one should you choose for your setup? The consensus is to buy an A/V receiver. It’s less hassle, less cost, and has fewer devices. And if your home theater room isn’t so large, a receiver is the most convenient choice.

But if you are an audiophile building a system that is dedicated to audio excellence, buying an amp is the best decision. The customization of your system will definitely benefit from using a standalone amplifier. And if you have limited space, this is an even better choice. It all depends on your own needs, budget and specifications. 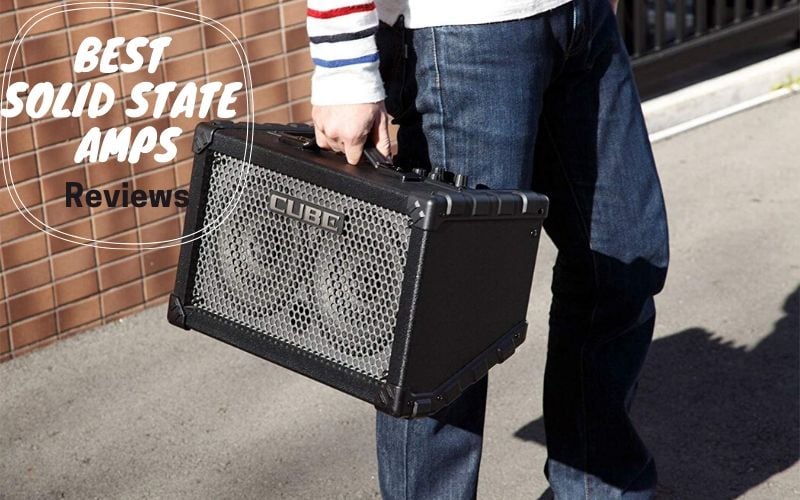 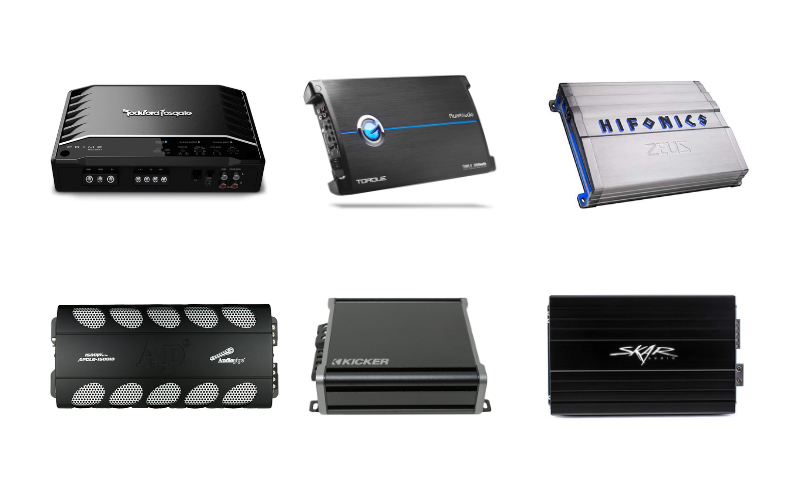