It is fair to say that the creation of the DAW, or Digital Audio Workstation, changed the production of music forever. It has now become a permanent fixture in not only professional studios but also in basic studios set up at home.

They come in a variety of guises. It can be a single piece of software used on laptops to a stand-alone package. Or it can be a complex set up of various components under the control of larger hardware. The Reason Studios Reason 11 is a package that covers all areas.

It gives you editing, recording, and mixing of not only audio but MIDI tracks. In doing so, it has replaced the old-fashioned tape formats.

DAW’s first reared their heads in the late 80s. They were crude creations by today’s standards, but they heralded a new age of recording. By the early 90s, they were becoming more sophisticated, and Cubase appeared.

Ever since, there has been a constant flow of packages as they get better and more sophisticated. The days of the studio with tape machines and all-analog recording were beginning to pass.

Of course, many of those old tape systems, responsible for some of the greatest music ever recorded, are still remembered fondly. In fact, some software packages try to emulate their original sounds.

But the Dinosaur has gone from the studio, replaced by digital effects, processors, and impressive on-screen visuals. Many mourn its passing, but the reality is it has opened doors that were just not there before this time.

Even the most basic packages provide a variety of great effects and even instruments. And as you reach the higher levels, what is possible becomes staggering. Everything is included, and they become all-in-one recording tools.

Of course, mixing and mastering might be another thing. Some will be able to achieve that. But often, that will take an experienced engineer rather than any software package. But nevertheless, you can get to a level that is good enough before you need them.

This is a package designed by Reason. But who are they?

They are a company previously known as Propellerhead software. Established in 1994 in Stockholm, Sweden, where they are still based, they have an impressive array of digital products.

The Reason 11 is an emulation of a rack of hardware. This includes samples, sequencers, and synthesizers, signal processors, and mixers. All of them can be easily interconnected. The Reason 11 is just one of their series of software emulations allowing you to create great music. But more than this, to have total control over the sounds you produce.

Let’s not waste any more time. This is the Reason11… 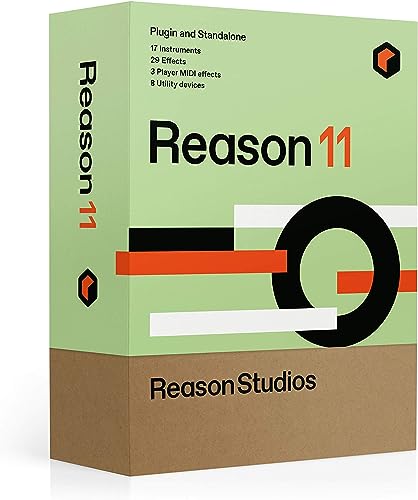 This is an edition of Reason 11 in a box, the latest updated version of this powerful production tool. The features are extensive and bring you into the world of the virtual recording studio. A variety of synths, drum machines, samplers, and plenty of effects working within MIDI and audio.

Any software package for recording or editing that is based on and emulates the SSL 9000K has got to be special. The SSL9000 is an analog mixing desk from Solid State Logic. Widely accepted as one of the best ever created.

How good is it?

When Studio 3 at Abbey Road was rebuilt and upgraded in 2001, they installed a 96 channel SSL9000. The largest at the time anywhere in Europe. Is that good enough for you?

There are many people who, in many ways, prefer the ‘old days’ A mixing desk with sliders, a rack system full of sound options. This package from Reason goes a long way to offering you both.

It is fast and it is flexible, and it is completely self-contained. But we can go on forever about how good it is. We really ought to look at what it has to offer.

Much to the delight of many, this is the heartbeat of the system. All of the effects, support utilities, and of course, the instruments are accessible. All of them offer full editing facilities, so you can ‘tweak’ them to your heart’s content.

And for those that do like to experiment with alternative options, you can go round the back in the virtual world. This will let you access and change routing and voltages through the ‘virtual’ cables.

Pan and Level are included in the rack controls and are not just located on the mixer. That saves a lot of moving around and saves a lot of time. But possibly its biggest asset is that there is a visual representation on your screen. To all intents and purposes, you are looking at a rack packed with goodies.

It has VST plug-in support. This allows you to add any effect or instrument. And using The Reason rack extensions, you can also add other instruments provided by Reason. This option also applies to other compatible 3rd party developers’ instruments and effects.

Having so much power on your desk in front of you is quite staggering. It is going to take your music and how you record it to another level. 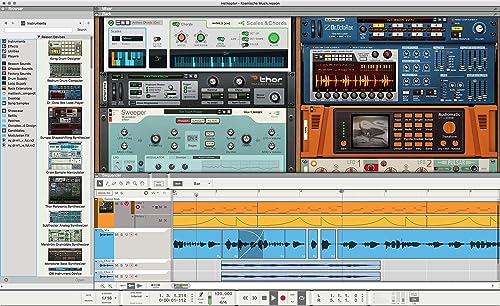 You can record using an unlimited number of MIDI and Audio tracks and edit them through the sequencer. And the editing process is made easy and fast.

And importing files in various bit depths and sample rates is not a problem. There is a built-in conversion, so there will not be a seamless transition.

The Sequencer will control samplers, keyboards, synths, and other MIDI files. And there is live sampling on sampling devices.

The Jewel in the Crown

There aren’t too many people in music that haven’t heard of the SSL 9000K mixing desk. An analog masterpiece, it is still one of the most sought after desks. The Reason 11 people have carefully modeled the desk in this package to replicate its performance and functions.

Too many features to itemize individually here, but it includes flexible signal routing both from and to, plus insertion of any number of effects and eight send effects. And each channel also has its own gate and compressor.

In the parametric EQ, there are four bands with low and high pass filters. Also included is the famous SSL master bus compressor.

Built into the basic version are 17 instruments. This is interesting to us in that with such an all-encompassing package; you may have expected more. Seventeen doesn’t seem a lot. And there are far more implanted in other such packages. This can be enlarged to 28 with the Reason 11 suite.

Plus, there are 29 audio effects and four MIDI effects.

Other instruments can, of course, be placed via the plug-in support or from the Reason extension rack. 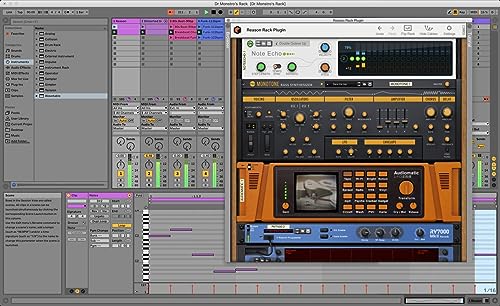 This is another area where Reason 11 scores heavily. It utilizes Klang for its drums and percussion sounds and the excellent Humana. This will give you a great selection of vocal and choir sounds.

Radical Piano provides you with a number of excellent piano sounds, fully editable, with a great timbre. Pangea gives you a selection of the authentic sounds of instruments from around the world.

If you want to get into the real technical aspects, then the NN-XT Advanced Sampler is built-in to handle numerous sound-shaping tasks.

Of course, then there are the drum machines. The Rytmik Drum Machine offers sixteen different kits to suit every genre. There are pre-programmed designs, and reverb, delay, and compression are all built-in.

There is also the Kong Drum Designer included. This is pushing the boundaries a little further in terms of what can be achieved with the percussion. A further addition to the percussion aspect is Redrum, which offers further permutations.

Did you think we’d forgotten them? There are Softube Guitar and Bass simulations for amps and cabinets that lead the way. You want to try and get close to a vintage sound? You will get closer than many others with these emulations.

Twang is very much like an early 60s Fender sound. This is especially for those who want a clean or slightly overdriven sound.

‘Rock’-needless to say, a warm tube-like overdrive sound. And ‘Lead,’ which gives you great sounds for screaming slides and solos. Power chords with this effect can go on a long time with great sustain options.

And finally, what they call ‘Crunch.’ Very much a British ‘60s’ sound. It can be played clean, but when it is cranked up, it is just on the edge of breaking up. Creating ‘that’ sound.

A choice of either bright or room sound 2 x 12’s. A unique sound with warm lows and crisp highs. A choice of 4 x 12 cabinets for that ‘extra’ punch. A full body sound from those with plenty of mids and presence.

What about the Bass?

Modern and vintage amp designs are available, giving a distinct tube sound. Full of power as they cut through a mix. The Vintage lays a heavy bass foundation for the music. The modern is a bit lighter in its approach with a three-dimensional sound.

Included, of course, is a big 4 x 12 but also a classic 8 x 10. No problems carrying that sound around as there was with the originals that Jim Marshall brought out for The Who.

For the lighter moments, a great 4 x 10 cabinet. Smooth and silky and ideal for that sound you get in smaller venues. 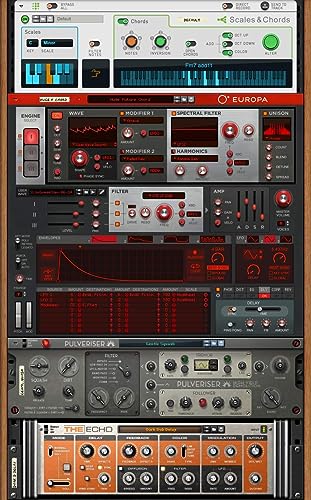 Have you got a week? If so, we can describe them all. But assuming you haven’t, here is a brief list. The usual options are all there with Digital Delays, Echo, and Reverbs, plus Chorus and Flanger. Phasers and a Compressor/Limiter are included, along with Foldback distortion.

It is an impressive lineup. But what is important is that all have editing facilities. You can, therefore, get exactly the sound you are looking for. And those editing options can be applied to any instrument, synth, or keyboard you are working with.

It is a great piece of recording software. And as you can put the Reason devices in a variety of DAWs, that takes it a step forward. The improvement of the workflow functions makes it quicker to use if somewhat complex.

It should be noted, though, that Reason does not now support ReWire. This, in the past, has been an important part of some musicians’ recording options; for some, especially those using Ableton Live, that could be a problem.

Looking for more great products to enhance your recordings?

This is certainly a huge step forward in recording in a variety of environments. It will suit just about everyone. But there will, of course, be a rather large learning curve for some. 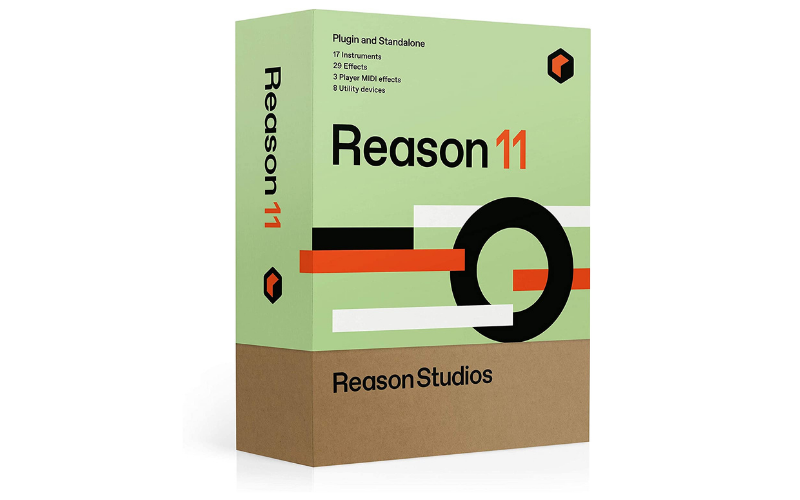 Whether you are new to Recording or completing album tracks, this is going to make a difference. The visuals and presentation are excellent, and the feeling you have with the rack is that you are in a professional ‘old school’ studio.

At this price point, it is a no-brainer. A great package at a great price. 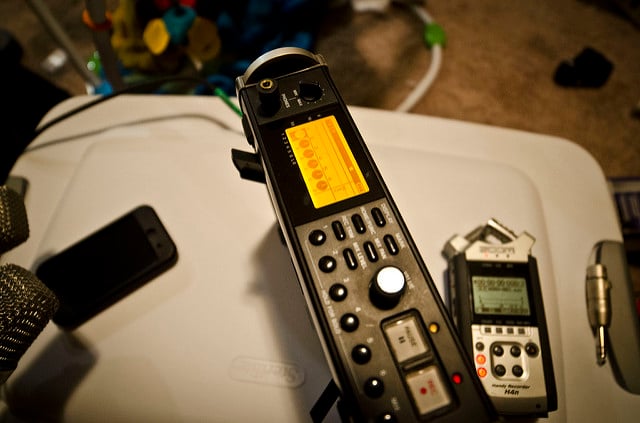 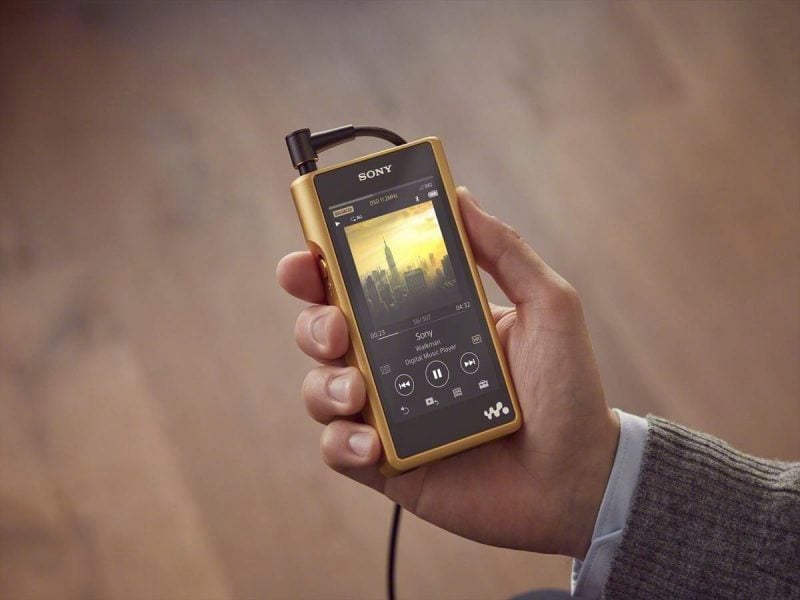 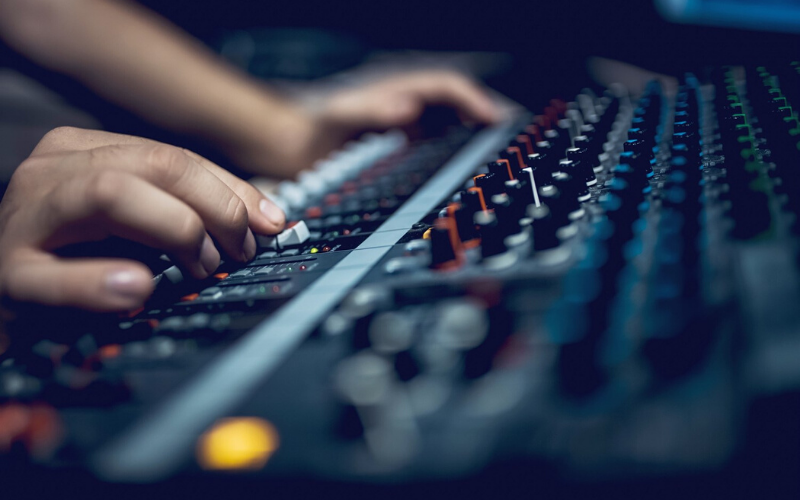