Before we get to our Polk Audio RTI A3 Review, let’s consider that Polk Audio is one of those companies that produce quality audio products but is not recognized. It seems that quite a few people have never heard of them. In many circles, they seem to slip under the radar. However, they were established in San Diego in the US in 1972 and have built themselves a reputation for producing quality speakers.

They not only manufacture them for the home but also for vehicles and outdoor use. They are also recognized for another reason by those who know their products. When they build a speaker system, they tend to be loud. In fact, some of them are very loud.

Whilst they may be primarily known in some circles for their speakers, they also produce other audio equipment. They also produce FM tuners and amplifiers. More recently, they have produced their own range of smart speakers utilizing Amazon Alexa and Google Assistant.

They still have their base in San Diego, but in 2006 became a subsidiary of US company Directed Electronics.

We can safely say then that Polk knows a thing or two about producing quality speakers. So, let’s take a closer look at one of their products, the Polk Audio RTI A3 speakers. 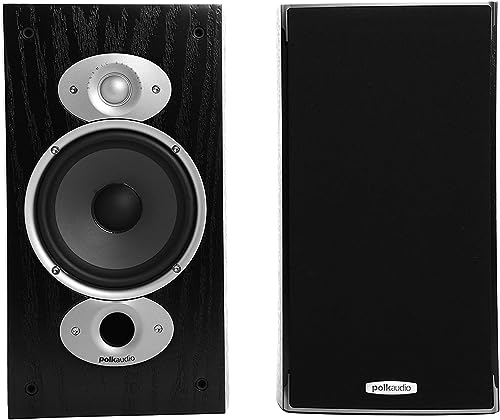 In some circles, Polk might not be the most well-known of speaker ranges. But if you look at the RTI A3, you aren’t going to ignore it. The style and the design just impress at first sight. And for a bookshelf speaker, it is going to be one of the largest in view.

Immediately you know that this speaker is going to be a quality product. It just looks like that. It has a quality build and good component parts and is designed to be flexible. From home audio to being part of a home cinema system, it ticks the boxes. Oh, and did we mention that for its size, it is loud. 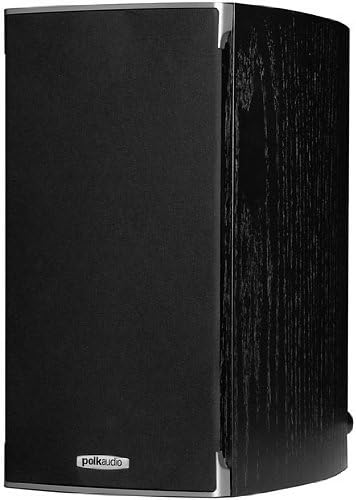 These are speakers that are going to take up some room in your home. But you might find the space taken is worth it. The Polk audio rti a3 delivers a powerful professional sound. Amazingly it does it an affordable price. More on this later.

So if you want a great sounding speaker that isn’t going to break the bank, you’re about to learn all about one.

Some of the sales brochures on the RTI A3 list them as being made of wood. This isn’t quite accurate. They are actually made from MDF fiberboard. MDF to give it its full name is Medium Density Fiberboard. It is basically produced by reducing the ends of useful pieces of real wood and breaking them down into fine shavings. They are then mixed with resin and wax and under extreme heat formed into boards.

It has a denser makeup than plywood. It is, therefore, certainly a real alternative to real wood for the manufacture of speaker cabinets. Many of the high-end cabinets manufacturers use this material. As a result of the dense formation, the enclosures made from MDF have little or no resonance. 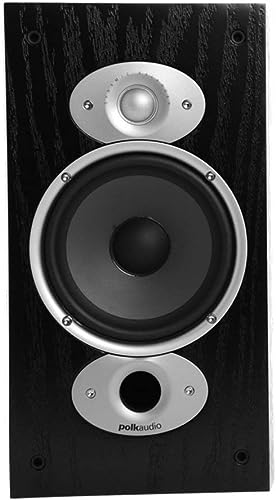 They are quite a size to be described as bookshelf speakers. And measure 14.4 inches by 14.8 by 8 inches. They are therefore going to take up quite a bit of space on your shelves. They are not what you might call lightweight, either. Each cabinet weighing a hefty 16 pounds.

This shouldn’t be an area of concern. The weight indicates a speaker that is sturdy and well-built — this against a speaker that is light and poorly built. If you are using them on a bookshelf, especially a wall-mounted shelf, make sure it is secure. MDF is tough, but it might not take kindly to a four feet drop to the floor.

They have a great design that is quite stylish in its look. And they are not flamboyant and have a vintage look about them. They are going to look comfortable and attractive in most homes.

What it does have, and this is where the ‘real’ wood comes in, is a real wood veneer. Finished in black, they are an attractive looking speaker, especially with the front grille removed. They have an extra port built into the rear of the speaker to complement the port in the front. Also on the rear are a pair of gold-plated 5-way binding posts.

The curved design of the cabinet reduces cabinet resonance and gives a more rigid enclosure. They are an impressive sight and have an exceptionally strong build. Polk is known for building speakers that can take heavy usage, and these are in that category.

This is the area where Polk speakers usually score heavily. They are certainly built to impress. They have a 6.5-inch polymer composite woofer that sits at the forefront of the cabinet. It is set in a rubber surround.

They also have a one-inch silk and polymer dome tweeter. It features a cooling system with the neodymium magnet having a heat sink on the back. It uses ferrofluid for the cooling process.

May need an oil change…

There is much debate about the value of such a system and, of course, its reliability. People have complained that initially, there were fine, but after a period of time, the tweeter performance deteriorated. There are arguments for and against.

The only comment we can make is this. The addition of fluid to act as a cooling process could be understood as a good idea. But it is an addition, and it will need to be monitored. It will eventually, being a liquid, presumably dry out and need to be replaced. Perhaps we can liken it to motor oil in a car engine.

What happens when there is none?

Having said that, how long that period of time is variable and could outlast the useful life of the speakers. Certainly, in their base format, they are a ferocious set of speakers. The tweeters perform excellently, so keeping them cooler is a good idea.

They knock out a consistent peak power rating of 150 watts at remarkable clarity. That is approximately 75 watts RMS. Quite loud enough to make your presence felt in a home environment. You get the feeling that these speakers could handle a lot more than they are asked to do.

There are two ports. One located on the front and another at the rear. This certainly adds clarity not only to the lower frequencies but across all the ranges. The value of two ports is to remove what is known as ‘port chuffing.’

The extra port works the same way as the first port compensating for when the woofer moves and creates air disturbance, which is removed through the port. A good port will automatically reduce it; having two just makes it more so — a good feature and one that will enhance the sound clarity. 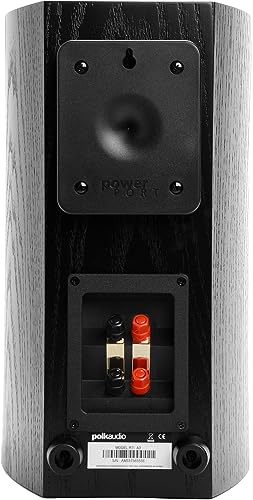 The frequency response of 40Hz to 27,000Hz is quite wide for bookshelf speakers. But that doesn’t give you the full picture regarding the bass frequencies. On these speakers, they are deep and powerful without dominating the overall sound. They have a 2-way crossover at 2800Hz.

An important aspect of the sound of these speakers is their versatility. They are able to accommodate being the front-line speakers for your music setup. But they also fit well into a home cinema setup — the tones suit either option, which is quite rare for a set of bookshelf speakers.

May not even need a sub?

If you wanted to get serious about the cinema option, then you can argue that you would need a subwoofer. If you want the real gut-wrenching depth of some of the soundtracks, then this is true. But it is not totally necessary for the better than average reproduction these speakers give.

The other major asset they have with the sound is that the speakers can handle all of the 150 watts you can throw at them with no audible distortion. Looks like Polk has done it again with the loud aspect.

There are two elements of the sound we could have included in the previous section, but we felt they warranted special mention. The Polk audio rti a3 includes PowerPort technology. This refers to the design of the cone at the port’s mouth. The air is gathered and directed smoothly as it leaves the port.

This creates a turbulent free motion and, therefore, a better and increased bass response. It will also help in a reduction in potential distortion.

The other element is the design of the woofer. It is a Dynamic Balance driver. Sitting in a rubber surround in the cabinet and with its polymer composite cone, it is no ordinary driver. Enhancing the sound in a balanced way, it neatly separates sounds, so there is no muddying over the frequencies at volume.

There are lots of excellent speaker choices currently available, but not many as good as these Polk’s for the price. However, it may well be worth checking out our in-depth reviews of the Best Speaker Docks and the Best Studio Monitor Speakers.

Polk has delivered another quality product as far as we are concerned. The quality of the sound produced is exceptional, and it allows a variety of usage potential. As music speakers, they are very good and certainly compare well with products that cost much more. They have not got the highest rating of power you will find. But they are more than loud enough for home use.

The sound produced is balanced and powerful, and crosses genres easily and comfortably. When you start to push the volume a bit, they react well, as if asking for more.

As part of a home cinema setup, they are also going to work well. There is a case for saying a lower end frequency of 40Hz probably won’t give you the real depth. We would say that they will produce the sounds that go deep but just won’t shake the house while they do it. They are more than acceptable in this area.

Let’s return to the affordability we referred to in the overview. The price point for these speakers is set at what can only be described as a budget price. Almost like an option, you would take if budgets were a bit tight. Yet they perform at a level much higher. If you have a larger budget than the price point with these, we would recommend you consider these first. They are much better than the price point suggests.

Do they need a stand is an often asked question about bookshelf speakers? You don’t actually need one, as in it is essential to get a good sound. Our view is that it will probably make the sound even better if you have them. Not being in direct contact with another surface, a shelf, or floor is going to produce better results.

For balance, we need to find something to comment on that we are not happy with. There is very little. Possibly the weight. At 16 pounds each, they really are heavy for the bookshelf.

This Polk Audio RTI A3 Review has revealed an excellent product. And we have to say that in our view the rti a3 is a class act.

Very good build quality with an attractive design and some good internal features. 150 watts of peak power and a sound that makes its price point look like quite a bargain. They have a variety of uses and will fit just about every requirement you may have for them.

Great sound, great price, great value. What more can you ask for? 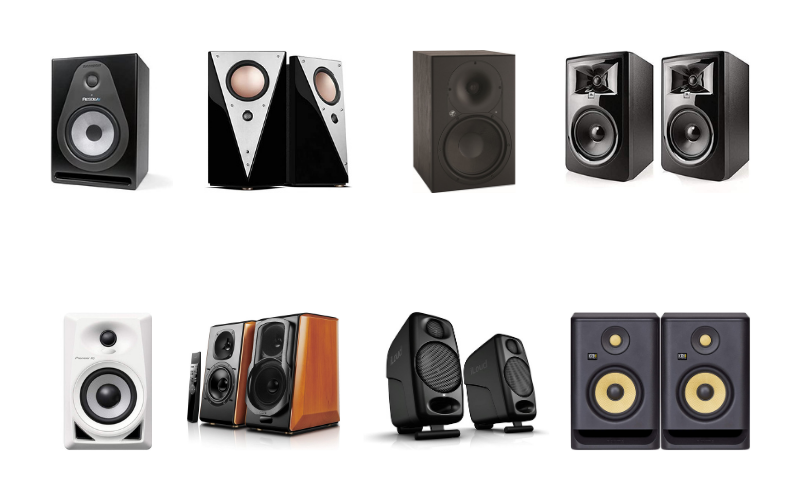 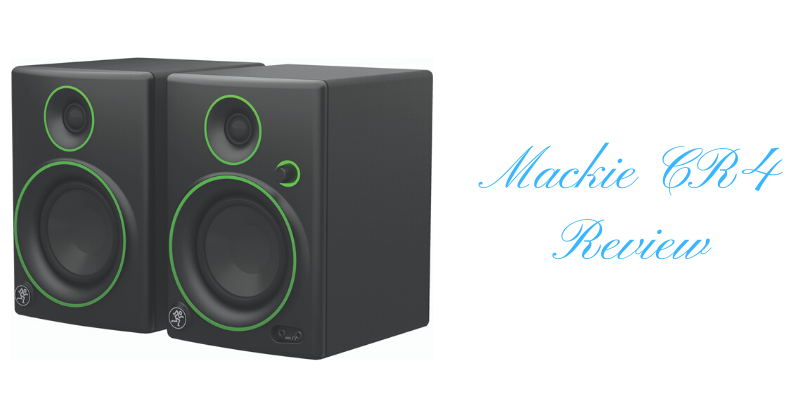 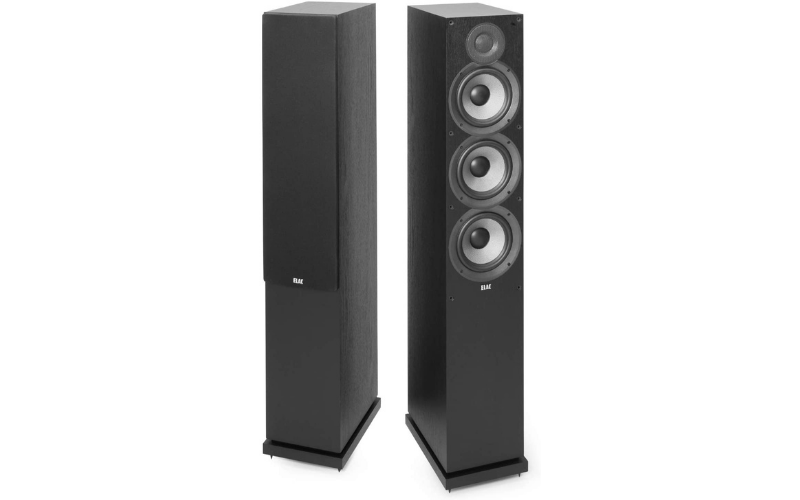