There have always been smaller amps. We started off in the early 60s with what could only be called ‘small’ portable amps. By the mid-60s, it had taken a turn, and Marshall, HiWatt, and Orange were ruling the roost with some big stuff. But they were hard to carry around.

The smaller, more portable amp wasn’t far behind the big stuff. We have to thank Terry Kath and the band Chicago for their contribution to that.

Pignose marketed their battery-powered five-watt amp in 1973. It had been designed by Richard Edlund and Wayne Kimbell. They gave some of them to various big-name bands at the time, one of which was Chicago. Terry and the boys pushed on with it and made it an important player in the scaled-down amp market.

Others saw the benefits, and the market for the smaller amps and amp heads expanded very quickly. Sometimes creating ‘mini’ versions of their better known heavyweight products. The Peavey 6505 Mini Guitar Amplifier Head is exactly that. A scaled-down version of the well-known Peavey 6505.

But before we get to our in-depth Peavey 6505 Mini Guitar Amplifier Head Review, who are Peavey?

Founded in 1965 by Hartley Peavey, they have become, in some circles, big players. It is often thought that they jumped on the bandwagon created by Marshall, Sound City/HiWatt, and Orange. And tried to outdo them volume-wise. That was never going to happen.

That is a bit unfair to Peavey. Peavey built his first amp in 1957 while Jim Marshall was still giving drum lessons in Hanwell, West London. But it wasn’t until 1965 that Peavey was formally founded, and they came into people’s consciousness.

In the UK, they were not particularly highly thought of at the time. With Marshall, HiWatt, and Orange around to choose from, the competition was too hot. In the US, they did better but never hit the big time then, or since, in the way that Jims’ gear did.

In their collaboration with Eddie the Dutchman, they produced the 5150 range (which later became the 6505), and that made an impact. Well, it would, wouldn’t it? But unlike the other brands, Peavey also delved into guitars, basses, and drums. Choosing not to concentrate just on their amps and cabinets.

They have their place…

Some people swear by them, while others treat them as just another amp. But the truth is they can pump out the volume and are the ultimate in reliability, so they definitely have their place, especially in some of the ‘heavier’ metal musical circles.

Nowadays, much of their product range is made in China for cost reasons. That also has an impact, fairly or unfairly, on how they are viewed. This Mini 6505 amp head is one of the products made in China.

With its EVH heritage, the 6505 was an important amp and one that no one can deny was very good indeed. This is a little clone of that. So, let’s have a look at how it matches up… 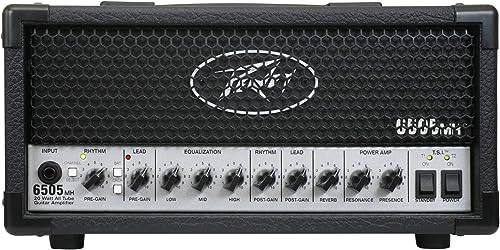 The 6505 Mini was launched in 2015 and, as we have said, is a miniature version of the original 6505. The Mini version has a lot to live up to if it is to be favorably compared to its bigger cousin.

The original 6505 was recognized as one of the best amps for metal around, as we mentioned, coming from the co-designed Eddie Van Halen Peavey 5150. It was launched in 2005 to celebrate forty years of Peavey amps. Hence the title 6505. Nineteen 65 to twenty 05.

It had superb sounds, and that was the target for this mini version. To recreate those sounds but in a somewhat quieter fashion.

It can’t be the same, of course, but Peavey has managed to achieve a semblance of that shattering sound. But the structure and the voicing are recognizable.

The Tube status indicator is a useful inclusion. This gives you a clear picture of the status of the power tubes. And the ability to send the sound directly to a PA is also welcome.

Efficiency and flexibility are important in the design. This is shown with footswitches for various effects and sounds. We will look at that further a bit later. 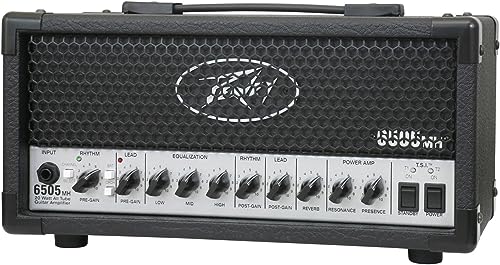 Peavey is well-known for building its equipment to be strong and road-ready. Despite its small size, this is no exception. It certainly has the hallmark of a Peavey design, with its mesh-covered front half hiding the logo.

Measuring just 10.4 by 16.7 by 9.6 inches and weighing fifteen pounds, it is no problem to carry around if you need to.

It is a simple enough amp with two channels that can be controlled with the footswitch. The two channels satisfy two styles in that one is a rhythm channel and the other lead. They both have an output of 20 watts and a three-band EQ.

The sound is helped along with the two EL84 tubes supported by three 2AX7/ECC83 for the preamp. The EL84 power tube was created as an inexpensive option to the larger, heroic EL34. The EL34 is possibly one of the greatest tubes ever. First created by Philips, it has iconic status.

As we all know, tubes have their operational problems. We have already mentioned the Tube Status indicator. At a glance, you can see the status of the tubes. So you won’t have one suddenly start to fall apart in the middle of a performance.

Using the Mic Sim Interface, you can send your tone straight to a PA system. Sometimes using a direct output has advantages to micing up your cabinet. This allows you that direct solution.

There is also a switch to revert the sound to lower stages of volume to allow you to practice at a low level. 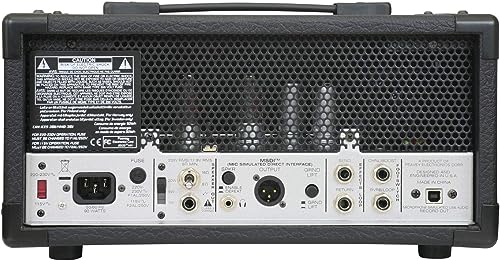 There are plenty of controls and sockets. The main players are all positioned on the front, as you would expect.

A single input with a channel selector button allows you the choice between rhythm and Lead options. In the rhythm section, push buttons for a bright or crunch sound and a pre-gain control, and next to that, the Lead pre-gain.

A basic three-band EQ with controls for the lows, mids, and highs and separate post-gain for Rhythm and Lead channels. Completing the front are Reverb, Presence and Resonance controls with power and standby switches.

There is a USB type-B port that will go directly to your DAW for recording. There is also a ¼ inch input and ¼ inch output to a speaker. As well as a direct XLR out. There are sockets for effects loops and the two-button footswitch, which is included and is not an optional extra. There are also two ¼ inch sockets for reverb/loop and channel/crunch.

Plenty to be getting on with. If you want to spend a bit of time with it, it allows you to create a sound that is yours. 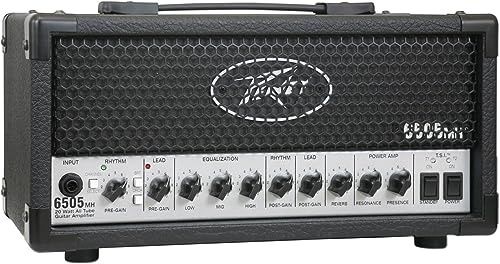 This is an amp head with a reputation to live up to. In many ways, it was a reputation that was never going to be wholly possible. In some areas, it goes close, but it could be argued that it doesn’t quite get there. There are some nice features, though.

The lead and rhythm channels have their own voicings. This gives you the room for separated clean and distorted sounds. The rhythm channel has its crunch and bright switches and pre-gain and post-gain knobs.

These can be operated by the footswitch, as can the Reverb and effects loop. The lead channel has its own pre-gain and post gain controls.

It can operate at either 20 watts, 5-watt, or right down to 1-watt for practice. All are easily switchable. It can’t be argued that it has a certain flexibility for sound creation.

There is enough there to allow you to develop your own sound. That might be because this amp doesn’t seem to have its ‘own sound’. Sometimes the voicing of an amp generates a sound that you can call ‘its sound.’ This doesn’t seem to have that. It is almost like it wants you to find its sound for it.

If we are to be picky, Channel two does seem a little thin. Something that you wouldn’t find in its larger cousin. It lacks a bit of punch that you would be right to expect would be there.

So often, you find amps such as these have options for a footswitch, but it is not included. To Peavey’s credit, the two-button footswitch is included. The amp is ready to go right out of the box.

Finally, a word on the price point. We have to say it does seem a little high. This is a quality little amp that performs well. But it is more expensive than some of the equivalents manufactured by some other illustrious names.

It does seem to have its limitations as well as its good points. If you are expecting to plug it in and get brain-melting metal, you will be a little disappointed. At 20 watts, it is not going to give you that. But it does allow you to create sounds, and there are plenty of options for that. 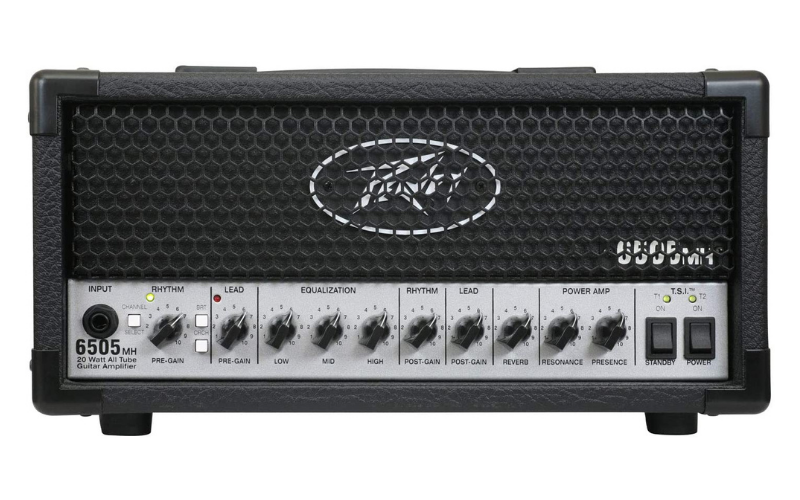 For the Peavey fans, and there are plenty around, this is a good purchase. It will get you as close to the sound of the 6505 full-size as you are likely to get.