Home » Blog » PCM vs Dolby Digital – What Is the Difference?

I have to be honest. When I was asked, what is the difference between PCM and Dolby Digital, and which one is better, I was struck speechless. It turns out that this is something I’d never really thought about because the two audio technologies are so different.

However, it’s true that many modern TVs give you the option to choose between these two audio formats. So, of course, people want to know which one to choose. That’s why I decided to send myself back to school, as it were, and refresh what I know about PCM vs Dolby Digital so I can distill this information for you. 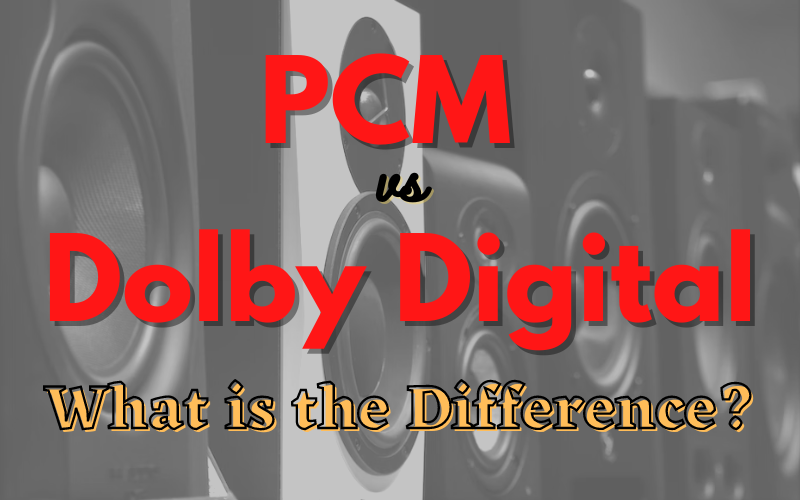 Before we get started on the differences and which one is better for what, it’s best to define terms first. Let’s start with PCM, which is, of course, an abbreviation. It stands for Pulse-Code Modulation.

Right, does that clear everything up?

Didn’t think so. Pulse-code modulation is an audio technology that converts analog signals into digital ones. This is important because analog signals transmitted by long wires can be subject to a lot of outside interference and noise from other electromagnetic sources.

PCM has its history in the telegraph industry. You know, that old machine that they tapped Morse code through to send messages in the Old West? From there, it was developed to transmit analog speech sounds, especially during WWII when encoding your communications was of paramount importance.

These days, PCM is the standard for digital encoding of audio. When you speak, your vocal cords create natural analog sound waves, but these need to be changed into digital signals so that digital equipment can understand and use that information. It has been and continues to be used in computer audio, CDs, fax machines (remember those?), digital telephone systems, and more.

PCM directly converts analog waveforms from voices, musical instruments, and other sources to digital signals that can then be used by digital equipment.

What is Dolby Digital?

Dolby Digital, also known as DD or Dolby AC-3, is an alternative way to encode analog sounds into digital format. It was developed by Dolby Laboratories, Inc. between 1976 and 1987 and is a form of audio compression.

Essentially, Dolby Digital uses a compression algorithm so that it can encode the incoming analog signals into multiple channels of digital information. It’s based on the “modified discrete cosine transform” algorithm, if you have any idea what that means!

Dolby Digital uses a lossy compression algorithm, which means that as it transfers information from analog to digital, in, for example, a movie audio track, it cuts out information to be able to encode the audio efficiently. That sounds scary – who wants parts of their audio cut? – but in fact, it’s done in a pretty smart way. The human ear can only detect sounds from 20-20,000 Hz (at the very most), so the algorithm can filter out anything outside of that frequency range to save on data.

A Bit of Trivia:

Batman Returns (yes, the one with Michelle Pfeiffer as Catwoman and Danny DeVito as the Penguin) was the first movie to use the Dolby Digital system when it was released in theaters in 1992.

PCM vs Dolby Digital: What Are the Differences?

The main difference between PCM and Dolby Digital relates to the number of channels that they encode. PCM is a 2-channel stereo format, while Dolby Digital is a 5.1-channel surround sound format.

What does that mean?

PCM turns analog signals into two output channels. These are the good old left and right channels that would normally go to the two speakers on your TV or stereo, for example.

Dolby Digital, on the other hand, gives out six channels of surround sound output. You get five regular speaker channels (these include left, right, center, left surround, and right surround) plus the subwoofer channel, also known as the Low Frequency Effects (LFE) channel. That’s the 0.1 in the 5.1 system.

So it’s clear that if you have just two speakers, PCM has got you covered. But if you’re going for surround sound, you’d better use Dolby Digital.

It’s a matter of quality…

The other difference to focus on in a PCM vs Dolby Digital comparison is the different ways they encode analog information. PCM data is uncompressed raw audio data, while Dolby Digital is compressed lossy data.

Can you tell the difference?

In most applications, no. But if you’re playing music from CDs rather than audio from DVD or other digital media, you may notice a difference with PCM giving you deeper bass and a clearer high-end than Dolby Digital.

Which is Better, PCM or Dolby Digital? 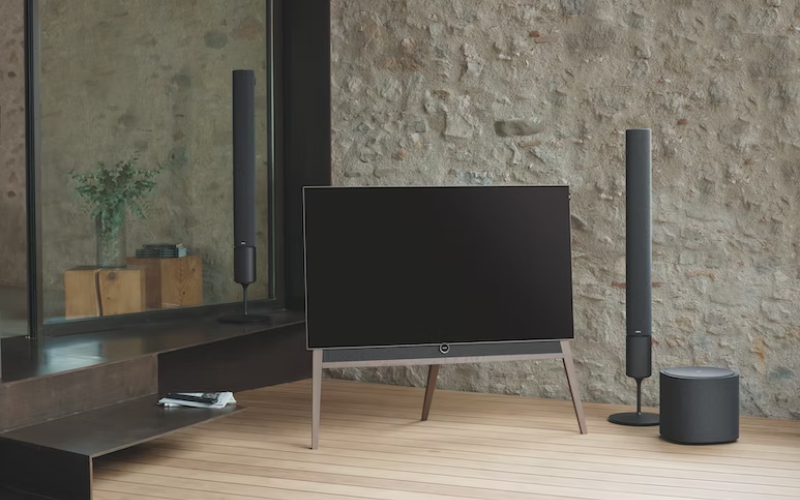 Right, of course, you want to know which is better, but the answer is not as cut and dried as you might like. On the one hand, you might argue that PCM is better because it uses lossless encoding. But on the other hand, Dolby Digital gives you six channels of audio, so isn’t that better?

The truth is it depends on how you use them…

Let’s look at two examples. First up, you’re playing an audio CD (yep, they’re still out there) through your stereo. The disc uses PCM data for the music it has encoded. And when you play it through your stereo system, you’re only going to get two channels out anyway, the left and right speaker channels. So there’s no reason to use Dolby Digital for this application.

But what if you are just playing the movie through your TV speakers or a sound bar?

Well, unless you have a 5.1 soundbar, and yes, there are such things out there like this one from JBL, you won’t hear any difference between the PCM or Dolby Digital setting. You also don’t have to worry about bitrate since both technologies transmit the signal fast enough that the audio will be seamless.

In short, PCM is a great format for stereo applications. Dolby Digital is a clear and fast algorithm for surround sound.

What Would You Use PCM and Dolby Digital For?

Choose PCM if you’re watching a movie or other digital media on your TV with the built-in speakers. If you have a soundbar, PCM will still be a good choice. If you have a surround sound system, choose Dolby Digital for the most immersive sound experience.

Most music is encoded in only two stereo channels, left and right, so it just makes sense to stick with PCM. There will also be a (possibly) noticeable difference in sound quality, especially if you have a really tip-top quality stereo system.

PCM is not compressed and therefore doesn’t need to take up extra processing time. This makes it faster and will reduce the amount of lag you get when gaming. In contrast, Dolby Digital is slower and may cause more lag on slower systems.

The only reason you’d use Dolby Digital for gaming is if you’re literally sitting in a surround sound setup that can give you an immersive, 360-degree sense of being in the game. This might work for first-person shooter and other such games, but really Dolby Atmos, the newest tech from Dolby, is a better choice as it can simulate surround sound within Atmos-enabled headphones.

Pros and Cons of PCM

Pros and Cons of Dolby Digital

How to Change Audio Settings on Your TV 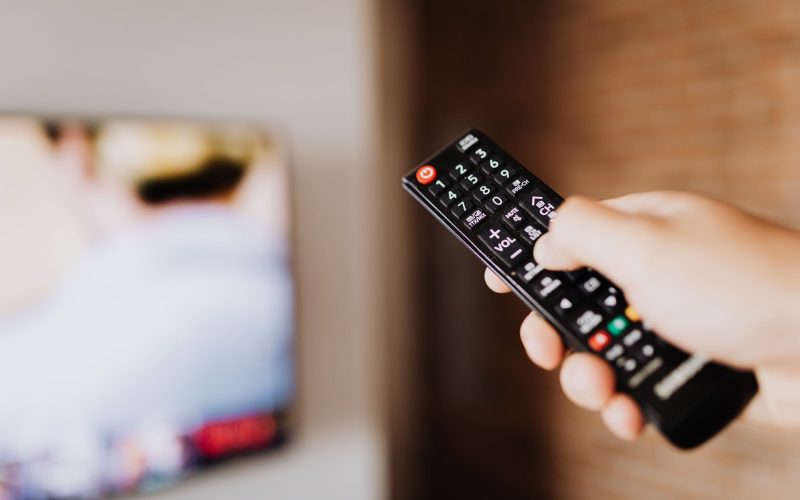 Now that you know when to use PCM and when you’d choose Dolby Digital, you, of course, need to know how to select the right option on your TV. Now all devices are different, but this is the general way to choose between these two options.

First, press your TV’s HOME button and then find SETTINGS. From the SETTINGS menu, you should see an option like AUDIO or AUDIO SETTINGS. Select it.

You should then see another menu that allows you to choose DIGITAL AUDIO. This should give you the menu you’re looking for. Once inside, you can select PCM or Dolby Digital based on your needs. However, I should mention that because PCM is uncompressed raw data, you might see the option RAW instead of PCM.

Do you want to know more about audio formats?

No problem at all; check out our comprehensive Bitstream vs PCM or 5.1 vs 7.1 Surround Sound comparisons, or have everything you want to know about Blu-ray Audio Codecs Explained.

PCM is the best choice for music and gaming since it is lossless data, which means the quality is high and the lag time is low. Dolby Digital is a great choice for when you want to feel immersed in a movie, and you have a surround sound system or even a 5.1 soundbar. In the end, which is better, PCM or Dolby Digital? will depend on what you’re going to use it for. 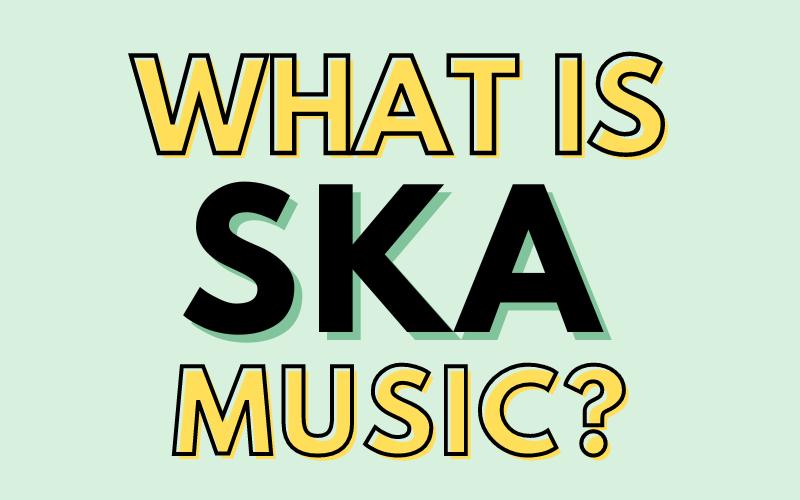 What is Ska Music? 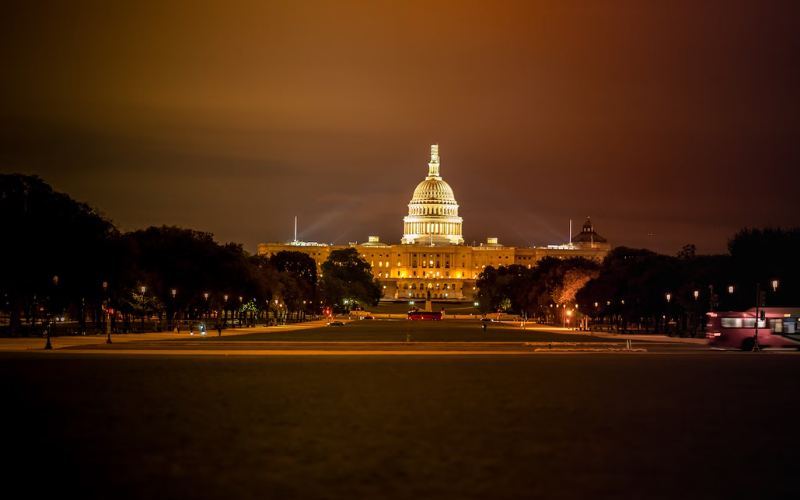 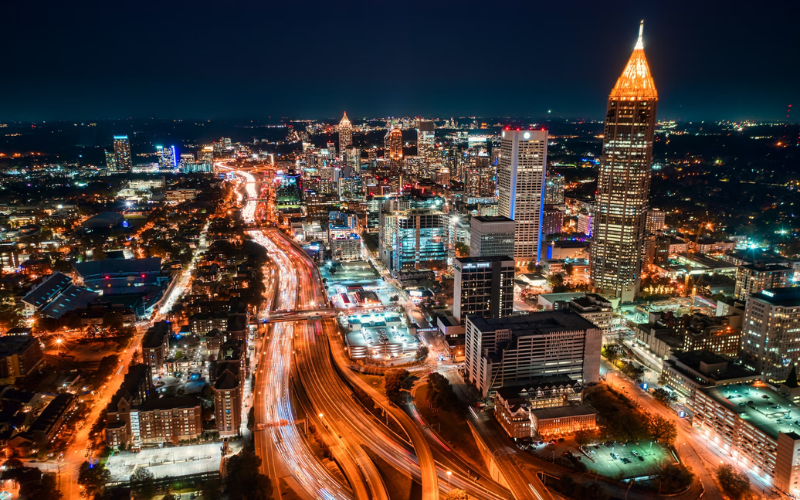