When asked, most people would say that the first distortion pedal was the ‘Fuzz’. But distortion reared its nasty little head way before the first fuzz. And certainly way before we put together this MXR M75 Super Badass Distortion Review.

In the late 40s, jazz bands were getting louder. Amps were being pushed. Some players noticed that if there was something wrong with their amp, they could get a very unique sound. It could be bad tubes or a blown speaker. Whatever it might be, it gave it an edge not heard, let alone appreciated before.

However, distortion was sacrilege in those days. Back then, total clarity and a crisp, sharp sound was the name of the game. Having a distorted sound was thought of as an imperfection. That might be why Leo later designed his early efforts to be super clean with his legendary single-coils.

Slowly it began to evolve…

As we moved into the 50s, some began to really push it by making the tubes distort. Willie Johnson, a guitar player with Howlin Wolf, was one. Chuck Berry another, a few years later.

Ike Turner’s guitarist Willie Kizart damaged his speaker to get his sound. Others followed suit. Take a listen to Link Wray’s guitar sound on ‘Rumble’ from 1958. And all of this a few years before Pete Townshend launched his guitar straight through the front of his Marshall.

The Times They are a Changin’…

When we think about it, we wonder if this whole thing wasn’t just a reaction to the smooth, crisp sounds of their peers. The need to rebel was really going to happen in a few years. Maybe this was one of the early signs. From clean to dirty, we don’t care what you say.

And then it came…

The first fuzz, the Maestro Fuzztone, created a bit of a stir. Decried in many quarters. But when Keith Richards used it on ‘Satisfaction’, and then the Beatles, Spencer Davis, and the Yardbirds quickly behind him, it achieved acceptance. Actually, more than acceptance. You just had to have one. Music had changed forever. 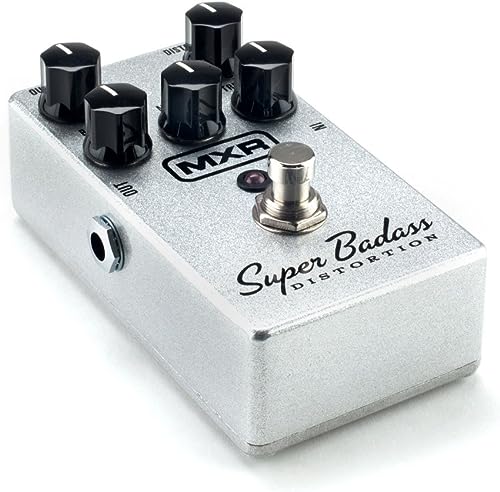 They were not so slow to react. The Maestro Fuzztone was followed by the ToneBender created by Gary Hurst, formerly of Vox, in 1965. Still around today and considered one of the ‘Big Three’.

The Tone Bender was the British version of the Fuzztone. Its origins came about by necessity. Equipment made in the US was not easy to obtain. But there was a demand. The only way forward was to do it themselves and create alternatives made in the UK.

For the Tone Bender, it came about when session guitarist Vic Flick took Fuzztone into Macari’s in London. He wanted it to have more sustain. He got it.

The final in this triumvirate of ‘Big Three’ pedals was the Big Muff from Electro-Harmonix. Enough said.

More and more companies were arriving, all trying to fill what was now becoming an unquenchable thirst for distorted sound. The ‘old guard’ accepted defeat in the ‘clean and natural’ stakes. Distortion became a must have guitar pedal, and the rest is history.

The MXR M75 Super is a pedal born out of all this. The predecessors from MXR were well-liked. But before we take a look, let’s just remind ourselves of who MXR is. 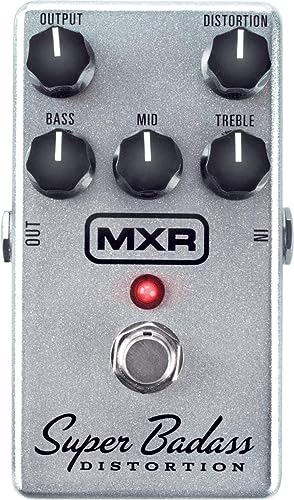 Two school friends in New York decided to see what they could do in the expanding arena of effects pedals. They didn’t do too badly either.

One of their first pedals, the Phase 90, was used by The Flying Dutchman on his first two albums. Van Halen had arrived, and so had MXR. That was all it took, and then came the Dyna Comp, another excellent offering. Two years later, the two-stage Phase 45.

The MXR M75 Super Badass Distortion is one of the newer breeds. Not a new pedal by any means but an updated version of what has gone before.

So, let’s see what it is all about… 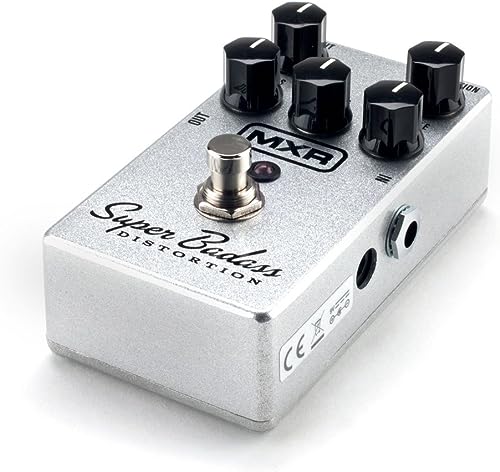 You might gather from the name; this pedal will give you plenty of distortion dirt and then a bit more. The advertising blurb says, “everything from early 70s’ low-gain’ overdrive through to 80s metal to the modern ‘scooped out’ metal sounds.” We will discuss that later.

You decide how much of the dirty stuff you want, and then you can use the EQ controls to fine-tune it to the sound you are looking for. The EQ options on this pedal are quite good. Made with good components, it is certainly going to create a bit of noise.

Is it the best distortion pedal you can buy? Let’s take a closer look…

The casing for this pedal is a bit lightweight, and it has a rear cover with a rather plastic feel to it. However, it does have a strong footswitch.

The controller knobs are quite stable and, again, are plastic by nature. But they are decent quality, and that is the norm on most pedals. It is a standard size for a pedal measuring 4.5 by 6 by 2.75 inches. It runs off of a nine-volt battery. It is not the strongest pedal we have ever seen then. However, it will be fine unless someone starts stomping around on it a bit too heavily. 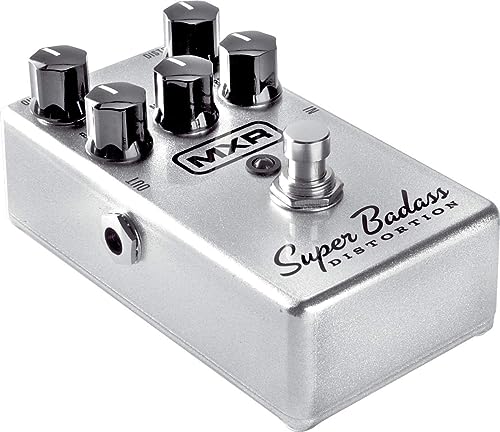 We feel that the control knobs are actually one of the high points of this pedal. There are five of them, clearly described. They are situated in rows of two and three. However, the knobs in the row with three are a little too close together for some.

On the top row are the Output and the Distortion knobs. They speak for themselves, but we should mention the Output is quite ferocious. You will need to control that because this is one of the loudest distortion pedals around. The distortion applies as much dirt as you want.

The EQ controls offer a decent range of control over your tone. The Bass control will let you boost or reduce lower frequencies, and the Treble does a similar job with the high frequencies.

There is also a mid control. You can cut out or boost the mids. It is here that we feel there is a bone of contention to discuss. The guitar is basically a mid instrument. Cut out the mids, and in our view, you have problems.

The highs mix in with the snare and the cymbals. The lows mix in with the kick and bass guitar. Cut the mids, and you’re left with… a big hole. There is a fashion to ‘scoop out’ the mids. Fine, if you want to sound like someone banging an old tin can around. A cheap one. Presumably, that is why the mid control has been added.

If there is one thing this pedal will give you is a wide distortion. You have to work it carefully with the output, though. As we have said, that can be a bit hostile and unfriendly at times. And that applies, especially for power chords. Go a bit too far, and you get a serious dose of oversaturation.

You can achieve a thick growl that is quite chunky. If you leave the Mid control alone, it works quite well. But again, be careful with the output control. You can easily get a very vintage British distortion. It doesn’t take too much tweaking of the controls to achieve that. But it has got its sound roots in the classic sounds of the early 80s.

Oh, those marketing people. You have to smile at times. They say the pedal will give you everything from early low gain overdrive from the 70s to 1980s metal and modern ‘scooped-out’ metal sounds. However, from what we can hear, this is not a low-gain pedal.

And no, it does not give you an Angus Young sound. Angus essentially uses two things to get his sound. First, a Gibson SG with PAF humbuckers. And second, a very angry Marshall top and cabinets overdriven to their limit. Sorry Jim, almost to their limit. That is how he gets his sound. You cannot create that with a pedal.

But ignoring the blurb, which is usually the safest thing to do, it is a decent pedal. You can get some powerful sounds and some nice tones. But you will have to hold on to it. It doesn’t like being pushed too far.

The effects pedal you want has never been easier to find. So, check out our in-depth reviews of the Best Fuzz Pedals, the Best Analog Delay Pedals, the Best Reverb Pedal, the Best Wah Pedals, and the Best Phaser Pedals you can buy in 2022.

This pedal is, for us, a bit of a conundrum. It does give you some good sounds and tones, especially the chunkier options. But it seems to be constantly trying to be what it is described as.

It gives you a lot of distortion, yes. But it is in no way the be-all and end-all of distortion pedals. We think it extremely unlikely that you are going to take a recognized overdrive pedal like the Tube Screamer or similar and replace it with this. 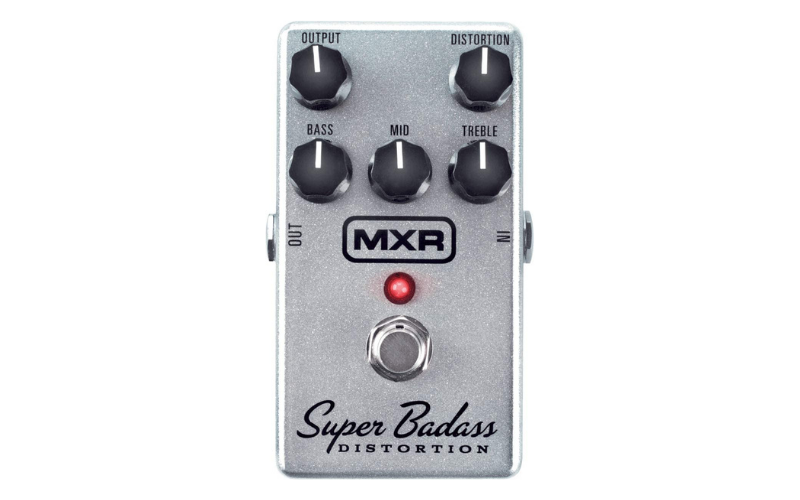 However, it does work equally well with single coil and humbuckers. Though with your single-coils, it is not the low-gain pedal you would need. Nevertheless, you can get a decent sound. But that is what it is. A decent sound. For us, this one doesn’t do much that a lot of other pedals can do better.

Until next time, never stop searching for your sound. 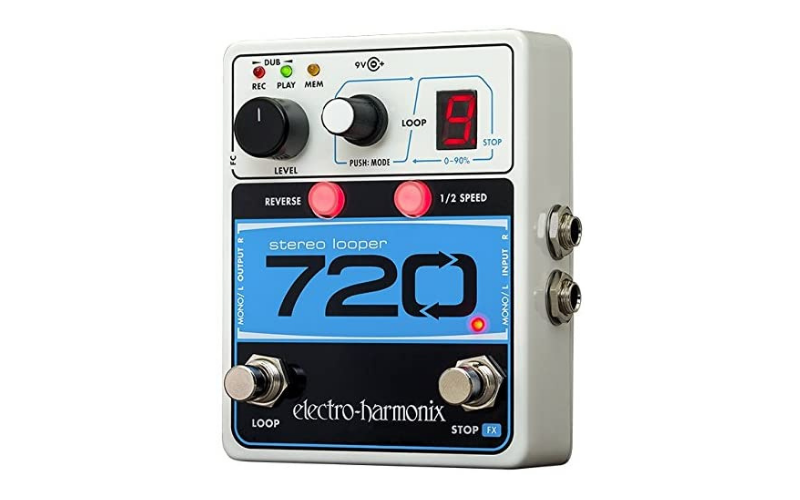 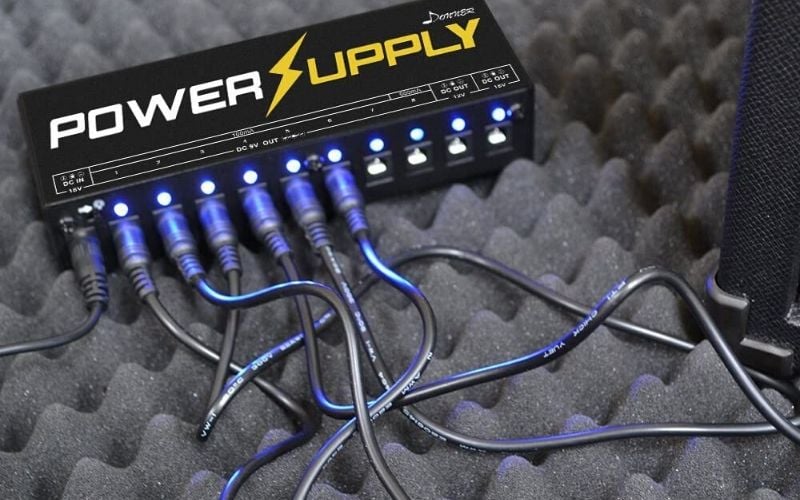 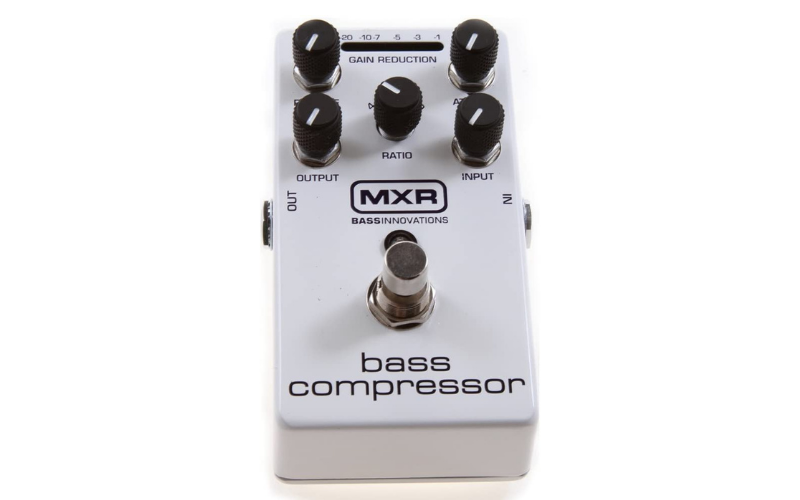