Once upon a time, we had maybe a fuzz or a distortion pedal and a delay, and if we were really lucky, we might have also had a chorus or a reverb. That meant that back then, we only had a few pedals to worry about. The last thing we would have crossed our mind would be the MXR M237 DC Brick Power Supply.

We just put the pedals on the stage and plugged them in. We soon learned not to use ‘curly’ cables to connect up your guitar. If you did, the pedal followed you around the stage as they had no slack, which was quite amusing, especially for the audience.

Then those nasty transistors arrived. Suddenly there were pedals everywhere. Pedals for this, pedals for that, we disappeared under a deluge of digital opportunities. But there was a developing problem – Power.

The pedalboard was a good idea, but as soon as we had one, it was filled up. Power was still the problem. How many plug sockets did we need?

There had to be a solution…

The brick power supply came along out of necessity. It was functional and had its early problems, but if you have more pedals than the number of notes you play, then you need one. Even if you have only half a dozen pedals, you will still need one.

Most power bricks are designed to fit on your pedalboard, so they are out the way. A good idea. So, let’s take a look at one of the best pedalboard power supply units in our in-depth MXR M237 DC Brick Power Supply Review.

But first, a quick reminder of who MXR are…

Yes, the very same MXR. Founded in a basement apartment by a couple of school chums in 1972 in New York. They made a very early impact with their Phase 90. Eddie the Dutch rocker loved it and used it on his first two albums.

Were they a ‘one-hit-wonder’? Of course not. Following the Phase 90 came the Dyna Comp. A compressor that became a sought after commodity by many. It still is. And two years after ‘the 90’ came the Phase 45. They were acquired by Dunlop in 1987, but fortunately, the pedals are still around. You can find plenty of MXR effects pedal reviews on this site.

But it’s not their pedals that we are going to look at in this review, rather one of a few power bricks they produce. So, what is it all about?

If you are having problems powering up your pedals, the MXR M237 DC Brick is a good way of dealing with it. It is about the same size as a standard pedal, so it is going to fit on your pedalboard.

Additionally, it will give you the power to run ten of your pedals. With two 18-volt and eight 9-volt outputs, it will be able to power up what you need. But is it the best guitar pedal power supply you can buy? We’re about to find out… 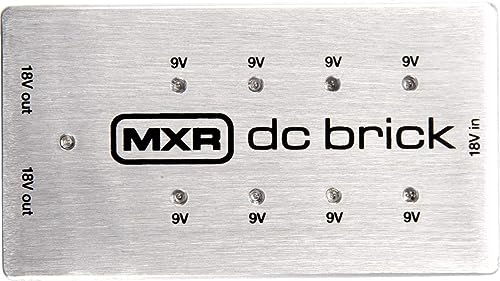 This is an updated version of the DCB10 power brick. This newer version comes with eight 9v outputs and can handle twice the power. It measures a compact 4.25 by 2.3 by 1 inch and weighs just over one and a half pounds. Therefore, it is only going to take up the space of one pedal on your board. An important consideration for some.

Plus, if you have a raised or sloping pedalboard, you can place it underneath and have 100% of your space for the all important pedals.

The 9-volt outputs for your pedals are positioned on each side of the brick with adequate spacing. The 18-volt outputs are at one end. It has a good strong build and will be able to take a few knocks.

Also included is the mains adapter and cabling that you will need. It is important to note that this brick does not have isolated outlets. That can cause unwanted noise problems in some circumstances, as we will consider a bit later. 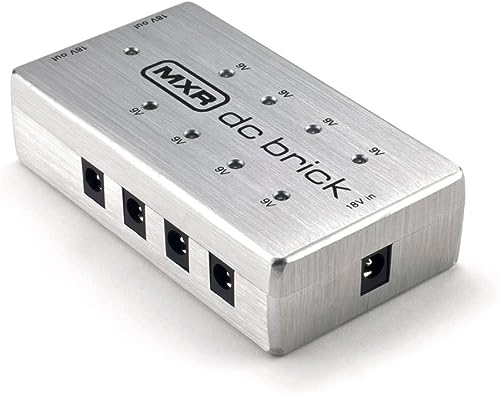 Where there is electricity, you cannot be too careful. One is reminded of the great Leslie Harvey, guitarist with UK blues band Stone the Crows. Electrocuted on stage in Swansea, South Wales. Over a thousand people witnessed that. He was just tuning up. The show hadn’t started. He hasn’t been the only one. You can’t be too careful.

There is plenty of overload and short circuit protection built-in. Furthermore, the 9-volt outputs all have an LED. This will illuminate bright red if there happens to be a short circuit. Another reason this could be the best brick power supply on the market. 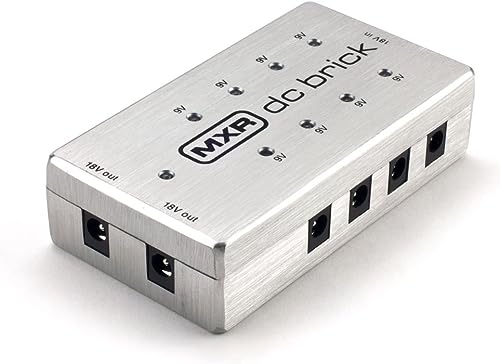 Unlike some things musical, buying a power block has its own very important considerations. It is not just a case of going to the shop and getting it home and plugging it in. You need to think about exactly what you need. Not only for safety but for performance and practicality.

So, let’s have a look at a couple of issues…

This could be the most important choice you make. Isolated or non-isolated outputs? Conversely, do you need them? And most importantly, what is the difference?

To put it simply, isolated outputs will provide each pedal with an individual power source just for that pedal. They usually have a transformer, which means they are more expensive.

In general, the price differential between isolated and non-isolated can be as much as twice the price. The biggest advantage is that they remove any unwanted hum. That could be a very important issue for a guitar player, especially in the studio.

These do not provide individual power to each socket and, therefore, each pedal. They use inductors rather than transformers, which keeps the cost down. There are no safety differences between isolate and non-isolated outputs.

The main difference is the potential for background noise or hum. Especially if you are using both digital and analog pedals in the same chain. However, there are situations where hum will not be a problem, for example, when only running a small number of analog pedals.

The MXR M237 DC Brick Power Supply is a non-isolated supply. This is acceptable in many circumstances, especially where there isn’t a major mix of digital and analog devices.

Some consideration should be given to the power requirements you need. Do all your pedals run off 9-volts? Or are some 12, 15, or even 18-volt?

If you are not already aware, some manufacturers offer overdrive pedals that give you increased headroom. This is achieved by operating at higher voltages than 9-volt. As a further consideration, most pedals in today’s world are DC. But there are some older pedals that still run on AC. It’s worth checking.

Are you a touring musician?

If so, and you travel overseas, then you need to be certain your power supply can be used wherever you are. An input voltage that is switchable will therefore be important.

For us mere mortals, though, a power brick such as the MXR M237 is going to work admirably. And the very attractive price point makes it one of the best budget power supply bricks available.

As we have already mentioned, and we cannot emphasize this enough, safety is an important issue with any power supply unit. MXR seem to have all the bases covered where that is concerned. The overload, as well as short circuit protection and warnings, are all excellent. 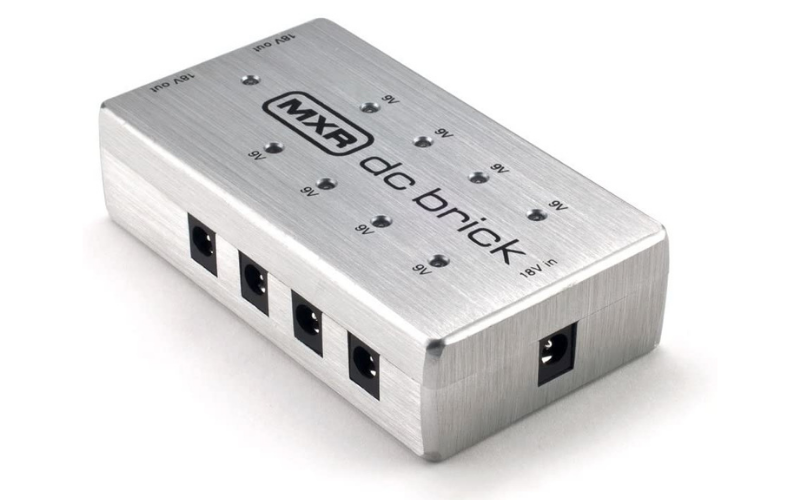 This is a very good power block. Plenty of inputs and well-made with a compact size. And of course, a good price point from a respected manufacturer. It is going to be a plus for most guitar players who have a few pedals to connect up.

Until next time, may the music always make you move. 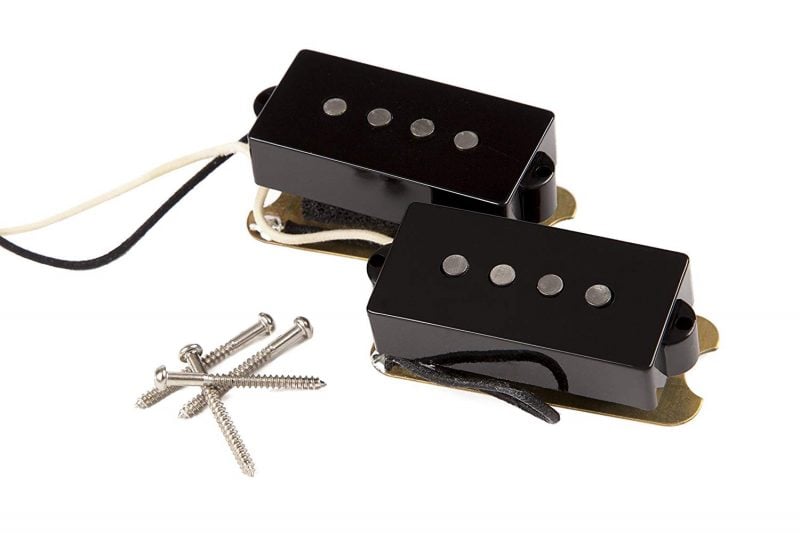 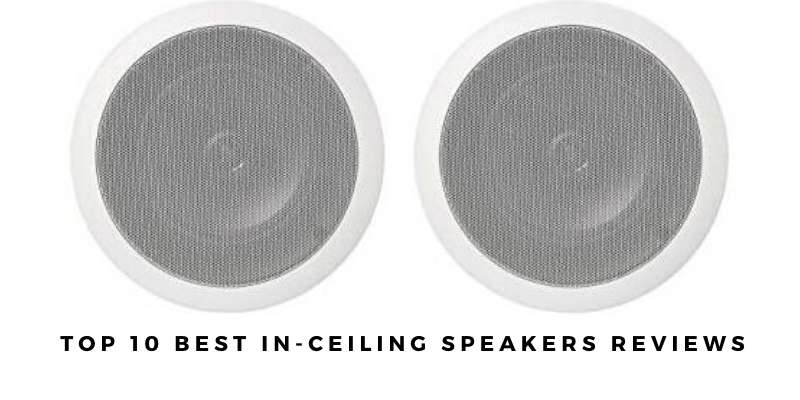 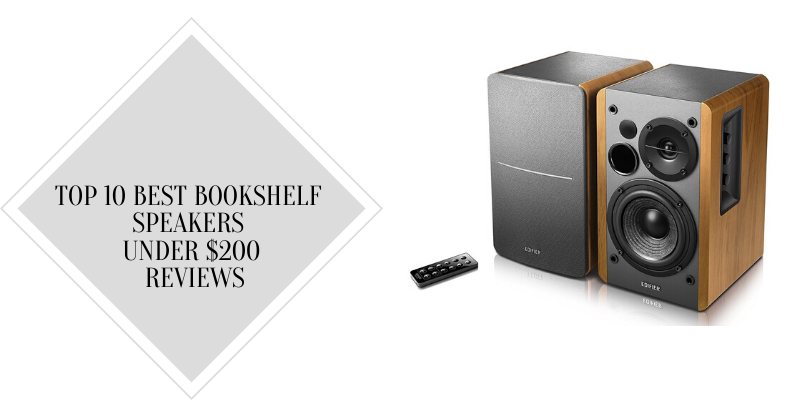