If we want music tomorrow, then the groundwork has to be done today. If you want inspiring musicians in whatever genre, they have got to start as early as possible. There is no quick solution.

Many will start. Some will fall by the wayside. But that doesn’t matter. Maybe those that do drop out for whatever reason will gain just a little bit of knowledge and a love of music. And one day, they may pass that on to their own children. There will be some, of course, who will come through at varying levels of ability. They are all important.

How do you get them started?

Well, we certainly don’t agree with the bullying method, which seems to be popular in certain circles. Yes, you will get the occasional virtuoso, usually in the classical world. But at what price to the child?

For every prodigy, there will be thousands who never want to see another instrument as long as they live. That is no way forward. And probably reflects the parent’s selfishness at what could come their way if they can make the child successful. It is not just a music thing. This kind of pressure-parenting appears everywhere, in sport and even academia.

The only way forward, in our view, is to help the child develop a love for music and their instrument. Create an environment where they can learn with positivity. But at their own speed, so that they can’t wait to get home to practice and learn how to create.

Of course, each child will find an instrument they prefer or even connect with. But they have to start somewhere, playing something. A piano is often the first choice and a good choice, to be honest. It is a relatively easy and quick way to get a tune out, which is important for a young player.

It needs to be able to be managed by little people with small hands. That is where instruments like the Learn-to-Play Classic Grand Piano become important.

People will inevitably be critical and say it is a toy. Good. Whilst it plays well, it is a little like a toy. It is for a child. Kids like toys. We don’t think they will be performing with the Vienna Philharmonic next week, so let them enjoy their childhood. And learn as they go.

Before we look at this little instrument more closely, let’s find out a bit more about the manufacturers.

Melissa and Doug Bernstein are manufacturers of children’s educational toys. They set their company up in 1988 in Connecticut, and it has grown to quite a size. They employ over 1000 people these days and have factories in various parts of the world, including China.

The company name is simple and reflects a certain innocence. No flashy corporate presence is required when the aim is to get kids away from computer screens and into music. In 2017, an American private equity firm, AEA Investors, acquired them. With a portfolio that has included over 5000 educational products, this piano is a step towards inspiring young minds.

So what is this little piano all about? 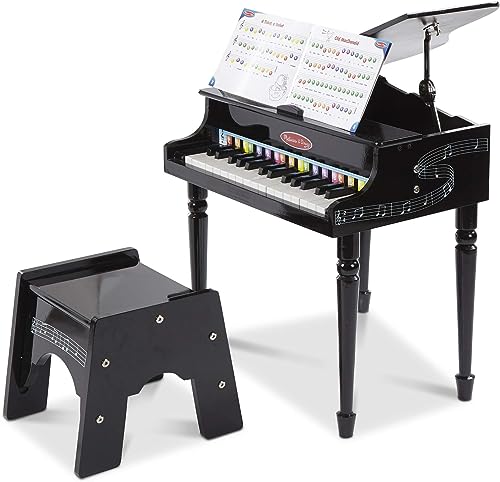 You cannot help but be impressed at first glance. It has a very appealing design, even to the adult eye. To a child, it looks like the real thing. That is important.

It is built in a classical concert grand style and has 30 keys. It comes with a bench for the child to sit at just like the real thing. Importantly, it is non-tipping, so you can rest easy when they are playing. They aren’t going to turn it over and fall off.

It is best suited for children aged about three to six years, but it will depend on the size of the child. To start learning early, it comes with a songbook of well-known songs. It is color-coded with the keys making them easy to learn.

It will require assembly by an adult before use.

If you are building for kids, then it needs to be as sturdy as possible. We’ve all been there with children’s stuff that hasn’t been so good. And especially with a piano that stands on legs and has its own bench. It has to be well-made and secure.

Of course, being a relatively small item, stability isn’t that easy. But they have used quality materials that provide a solid secure base. The piano is made from good quality wood with some metal and plastic fittings.

The bench seat is similarly well-constructed, using the same materials. Joints are all secure, and plastic is used sparingly. And not where it may be vulnerable to breakages or the security of the instrument. To add some authenticity, there is a lid. This is hinged, and the piano can be played with it up or down. In the up position, it closely resembles the concert grand.

The bench seat is stable and, as we said, non-tipping. Children can’t then tip it over by leaning one way or the other. It measures 22.55 by 10.3 by 25 inches and weighs a decent 27 pounds giving it a secure and stable feeling.

It is given a thoughtful and pleasant decoration with a swirling manuscript design with notes and key signatures. This is placed on both the piano and the bench seat. The keys are black and white.

There is a music stand for when the child might be using the ‘Learn to Play ‘ book.

If you are expecting concert level sound like you might get from a Yamaha, Kawai, or Steinway, then you are on the wrong page. This is a child’s introduction to the instrument. The sound is naturally going to be very basic. The kids won’t mind.

The keys are all hand-tuned, but of course, this is a factory setting. Delivery could mean the tones are altered slightly. The tones themselves are best described as ‘piano-like.’ If you are expecting a small child’s piano to sound like the real thing, then you are fooling yourself. It isn’t going to happen. The sound is adequate for a child. They will love it.

Once set up, it is, of course, easy to play. The 30 keys give a decent range of notes for scales and provide enough room for experimentation.

The keys return reasonably well and do not need too much pressure to create the note.

Who is it for? 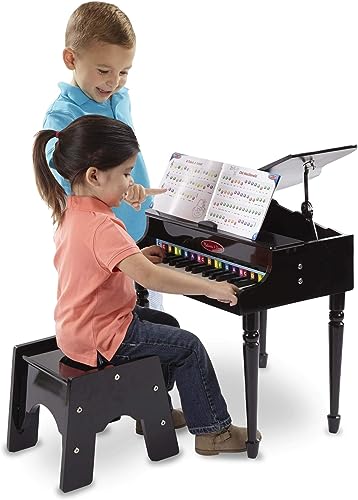 A critical area. It is an instrument that has to be pitched to the right age group. Under three and they will probably be too young, if only from a practical point of view of their size. Over six and it is going to be too small.

It will depend to a certain extent on the size of the child as well. They are not all the same. One six-year-old could be significantly larger than a similar child of the same age. We would suggest about 4-5 years old will probably be about right.

We think this is a good introduction to music for a child. It gives them an early, easy to play opportunity to start to create music. It is an attractive little piano, both stable and secure. And designed with safety in mind. 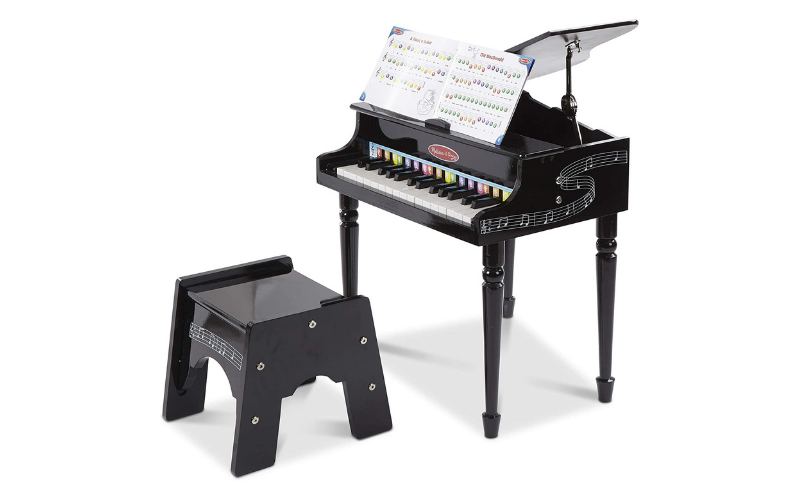 Although, it should be remembered that it is basically a toy piano if indeed a rather upmarket one. Some may consider it expensive. But it isn’t when compared with some of the electronic devices that children are given these days.

Is there anything better you can give your child than a love of music? Probably not, and the Melissa & Doug Learn-to-Play Classic Grand Piano could be the first step. 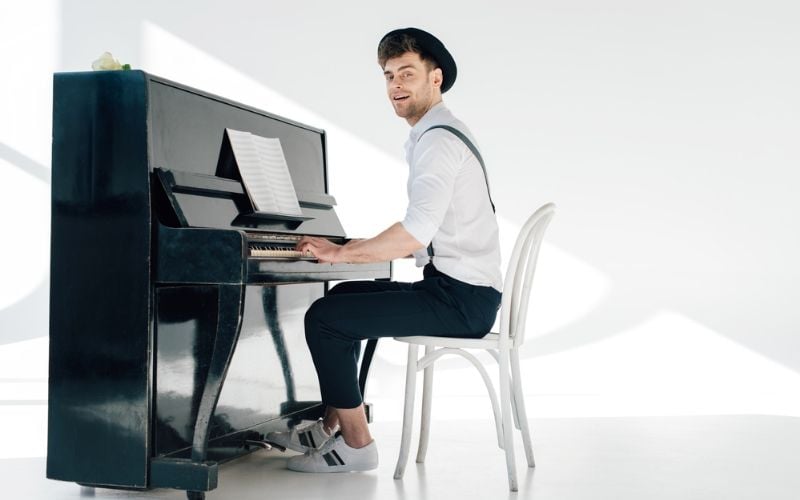 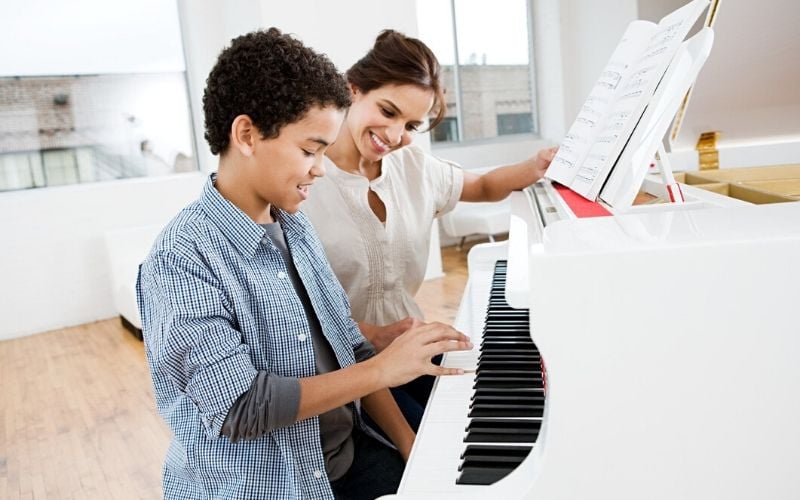 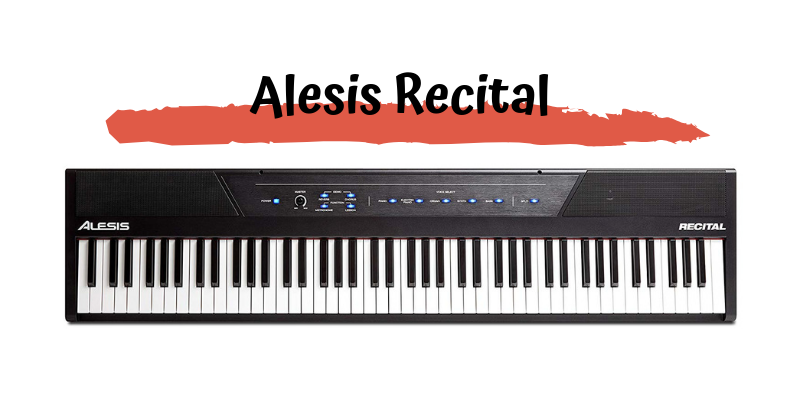