What happens when you combine one of the most legendary drum manufacturers in history and a Hip-Hop and Soul Drumming Superstar. And then tell them, that they have to create a budget conscious, high-quality drum set for kids?

Ludwig is undeniably one of the giants of the drum world. The company has been making quality kits for over a hundred years. These drum kits have been used by some of the most legendary drummers in history.

You may not know the name Amhir ‘Questlove’ Thomson, but let’s be honest, there are a few other legendary drummers listed that you don’t know the names of either.

Ahmir Khalib Thompson, who is known professionally as Questlove, is the drummer and co-frontman of Grammy Award-winning band, The Roots. The Roots are most famous for being the house band on The Tonight Show Starring Jimmy Fallon.

That’s what we’ll be finding out in this review, so read on… 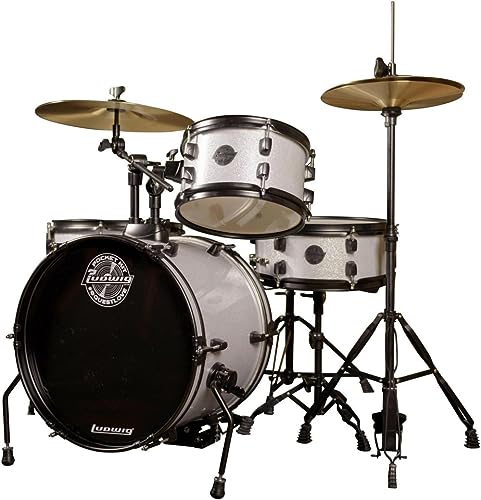 What do you get in the box? 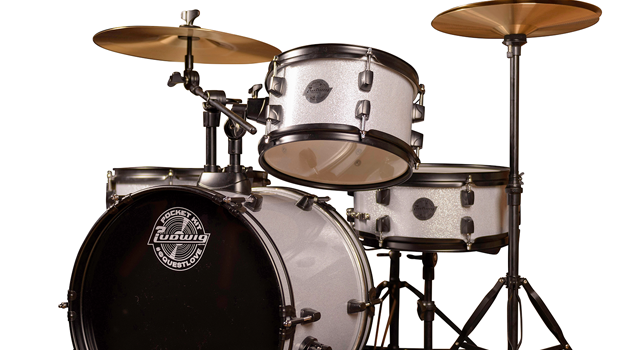 The simple answer is everything you need to play drums. While on the subject of the box, it weighs around 62 pounds, and measures around 24 x 24 x 22.2 inches.

Once you get inside, you’ll find:

Before we go any further, we just have to mention that some people refer to this kit by its model number, which is the Ludwig LC178XO, we much prefer its other name of Pocket Kit, so will be using that throughout this review.

If you’ve never set up a kit before, then all the parts and how they fit together may seem a little daunting. If, however, you have worked on a few drum sets over the years, then setting up the Pocket Kit will be a breeze.

Considering this is a beginners kit, we’ll assume that most of you haven’t set up a drum kit before. If that’s the case, the best advice is to get a drummer friend to show you how everything goes together. Or watch a few Youtube videos on the subject.

The Youtube route is an excellent one, because not only will you learn what goes where, but what it’s called and why it goes where it does. Spending 20 minutes watching a video will save you a lot of set-up time and even more importantly, a lot of stress. 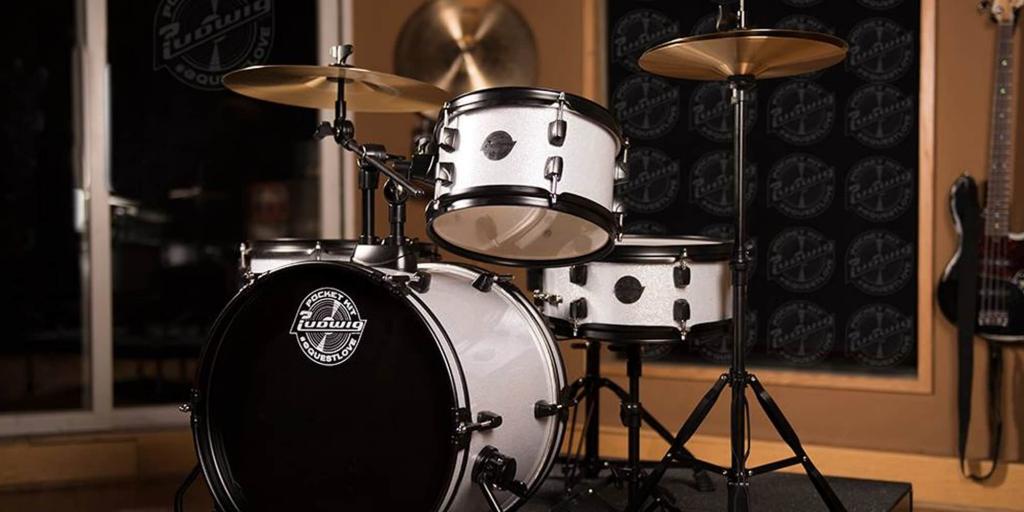 The kit does come with access to an online course, hosted by Questlove himself. And the first part of this covers the drum set up process, so you could use that as well as, or instead of, checking out Youtube if you prefer.

The whole set-up should take you a few hours, then you’ll be ready to make some noise.

Time to Tune it up

Now that you’ve got it set up, you’ll need to tune it. Tuning is what takes an average drum kit and makes it sound like a fantastic one, so don’t skip this essential step.

Again, if you have a drummer friend, get him to show you how it’s done. If not, you’ve got the free online video course, where Questlove himself teaches you how to tune the kit.

Tuning a drum kit is difficult when you start off, but it gets a lot easier with time, so there’s no better time to start. If your tuning doesn’t sound great, just loosen the heads off slightly and have another go. You’ll get the hang of it sooner than you think.

While we are on the subject of Questlove’s online video course, you obviously don’t only get set-up and tuning tips. He also guides you through playing techniques, basic beats and how to be a great drummer. It’s very enjoyable to watch and highly recommended. 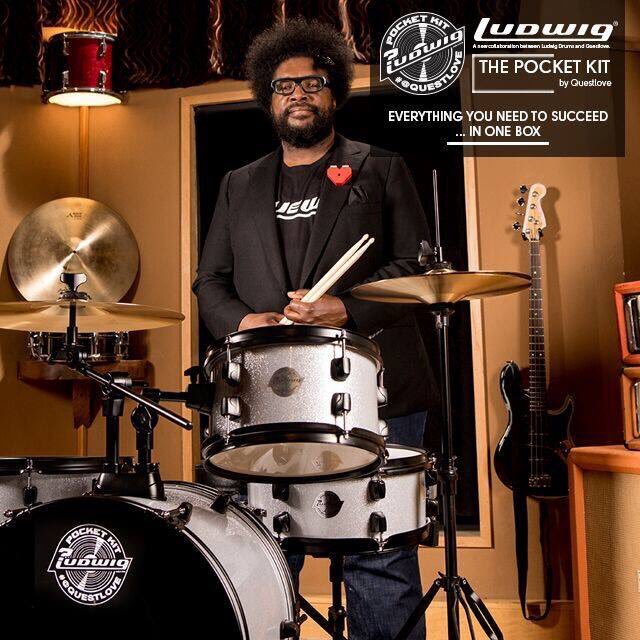 The Ludwig Pocket Kit comes in three color choices, White Sparkle, Red Wine or Black. All look superb, but the White Sparkle is our favorite because it looks more refined and expensive than the other colors.

The kit doesn’t struggle to impress in terms of its sturdiness and hardware either. All the rods and screws are simply crafted but feature a long-lasting aluminum finish.

As with any beginner or budget kit, there have to be some compromises. And this drum set obviously doesn’t sound as good as a top of the line Ludwig.

But that said, it sounds superb for the price. Tune it well and get some padding in the kick drum and you’ll be amazed at how good you get it to sound.

Cymbals let the majority of cheaper kits down more than anything else. And even though the Hi-hat and crash/ride supplied aren’t anything special, they are far better than what you’ll find on similarly priced drum kits.

After you’ve had it for a while, you’ll need to change the heads. Get some more expensive ones and while you’re at it, get a few decent cymbals as well. Then this little drum kit will really start blowing you and anyone else who hears it away.

It’s a great kit to play, whether your a kid or an adult. There really isn’t much more than that to say about it I’m afraid. But to sum it up, there is something about playing this kit that just puts a smile on your face – it’s fun!

The Ludwig Pocket Kit is designed for and perfect for kids from the ages of four to around ten, but adults can happily play it as well.

However, Ludwig also produces another drum kit with Questlove, the Ludwig Breakbeats. This is very similar to the Pocket Kit in many ways but is higher quality and understandably a higher price.

The Breakbeats is a more ‘adult’ kit than the Pocket Kit but is basically the same size and design, so it could also be played by most kids.

The choice between them is basically down to how much you want to spend. The Pocket Kit is a superb kit for the price. The Breakbeats sounds and plays better, but you’ll need to pay more.

Should you buy the Ludwig Pocket Kit?

The kit is really enjoyable to play, not only if you’re a seven-year-old starting off, but an experienced adult can have a blast on it as well.

It has been developed by Questlove and Ludwig in an intelligent and thoughtful way to help your kids get inspired. And this it does beautifully. It’s just so easy to work with.

For the price, it offers fantastic sound, playability, and features, what more can you ask for?

Thank you Questlove and thank you, Ludwig. 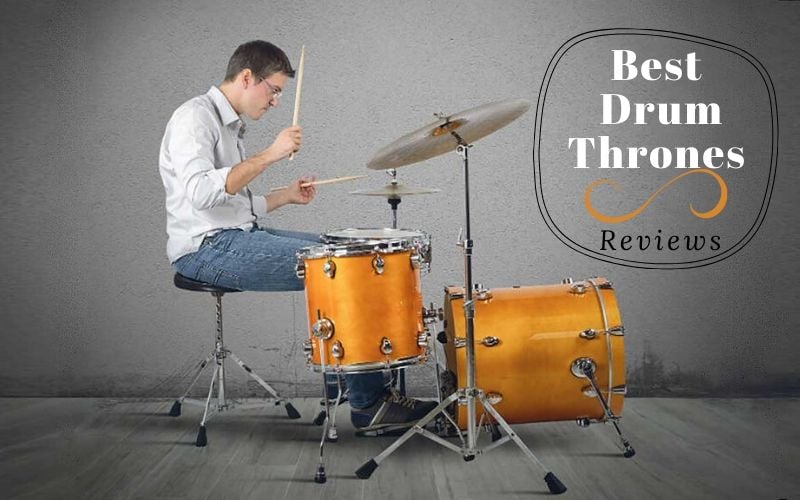 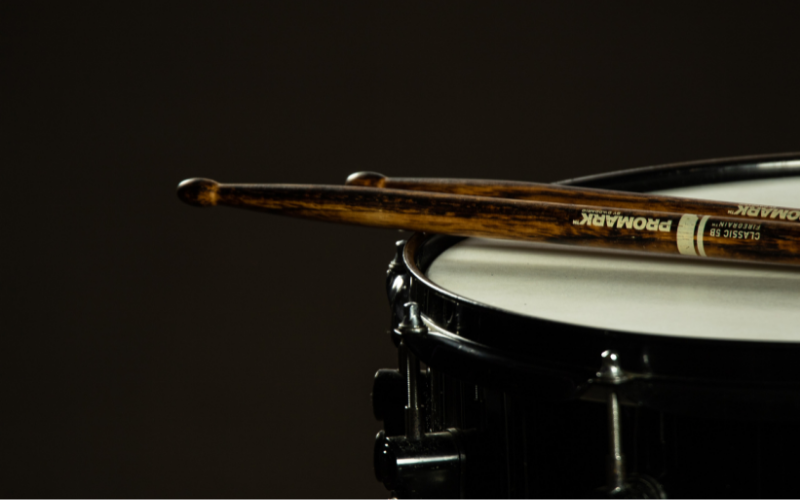 Where to Find Drumless Tracks? 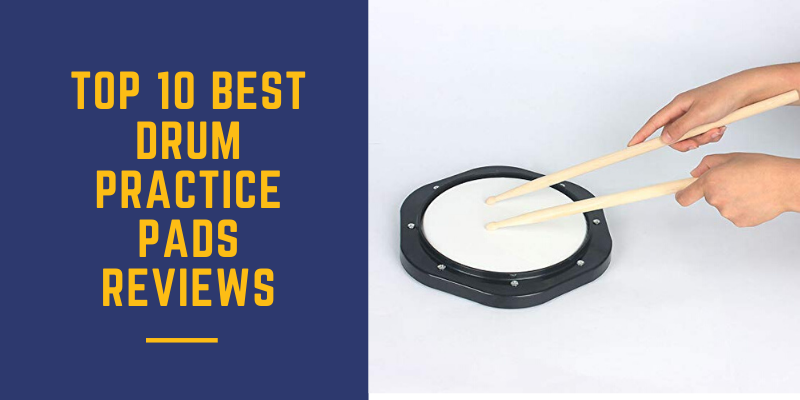