Stuck in the Middle

Logitech, one of gaming’s largest gaming peripheral manufacturers, took some cues from the professional gaming industry. They designed an affordable piece of equipment that never reaches the highs of the best, nor the lows of the lowest.

So, what do we actually have here? Let’s venture into the depths of mediocrity with our in-depth Logitech G Pro X Wireless Review…

The unboxing feels simple, but there are some surprises here. There is a 2.4GHz dongle that can be plugged into current-gen consoles and PCs for a stable Bluetooth connection.

You will also find two different sets of earpads. The ones that come attached are leatherette, and the replacements are soft velour.

What is surprising to see, is a metal frame. At this price, one might expect plastic, but the frame and headband are both made from metal. As a result, they are a sturdy pair of headphones. Likewise, the headband gives just enough squeeze to keep the headset stable. But never so much that it becomes unbearable.

The earpads are very thick and comfy. The thickness also helps to seal up your ears well, which means no noise will leak. If you wear glasses, you can quickly swap out the leatherette ear pads for the softer, more accompanying velour pads. This should result in a comfortable fit even with the glasses on.

There aren’t many buttons on the headset to fiddle around with aside from the volume dial, on/off switch, and microphone on/off switch. Most of the hard work is done using Logitech’s very own G Hub app. We’re not the biggest fans of these almost proprietary apps, which, let’s face it, you have to install to reap the benefits of the headset.

The shining light for us was the adjustable options for the microphone. The Blue Voice software allows you to cycle between different microphone presets, which lets you find the best sound for your voice.

Customize to your taste…

You can also play around to create your own presets with different filters, limiters, and compressors. This is by far the most intuitive microphone we’ve used when it comes to getting just the right sound for your voice.

How does the Logitech G Pro X Wireless sound? 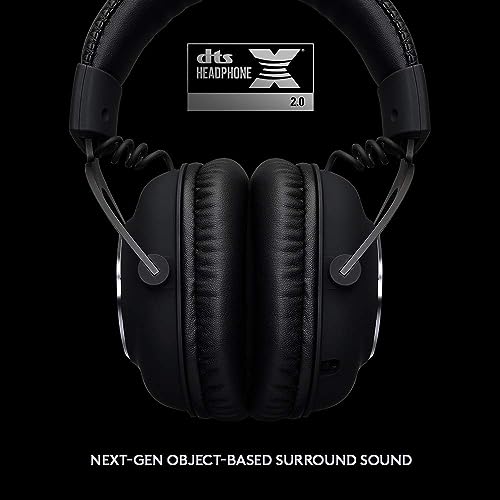 For the most part, the headset comes off quite neutral. Logitech avoided the most common problem found in gaming headsets. That is to crank the bass frequencies up twice as loud as the rest in a bid to make them sound more “fun.”

There is a small dip in the mid-range frequencies, but those are mostly for naturally occurring ear resonance. The biggest dip, though, happens in the really high frequencies where you’d usually find hi-hats or cymbals.

Listening to Lianne La Havas’ “Paper Thin,” which has a very laid-back beat with softly played hi-hats. They were almost inaudible. Other than that, the rest of the instrumentation and vocals sounded unchanged.

For gaming, this means that your experience will be as close as to what the designers will have wanted. Explosions will still be loud, as they are usually mixed louder than the rest. Yet dialogue and other important sound effects won’t be overshadowed by an abundance of bass.

Isolation is excellent, even without any active noise canceling. These are gaming headphones, which means they might never even leave the room. However, if you game with your significant other nearby, you won’t have to worry about too much noise leaking.

How does the Logitech G Pro X Wireless microphone sound? 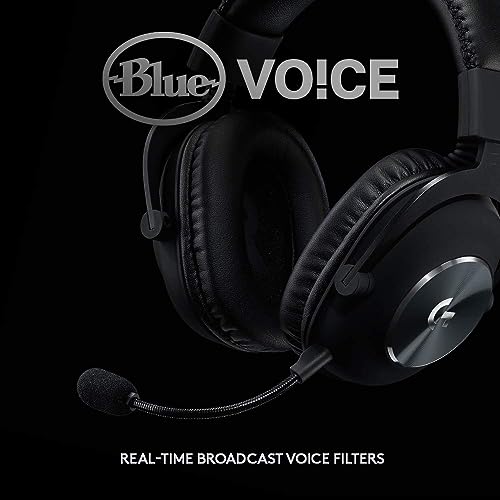 The microphone on here isn’t the greatest, especially using the default settings. The Blue Voice software does clean up a world of hurt, but it can only be saved so much.

There is a massive amount of low-end cut, which means any gamer with a deeper voice will sound distant and robotic. There is some emphasis on the higher frequencies. As a result, your “F” and “S” sounds are louder.

During a COD Warzone match, some of our friends noticed that our dialogue was causing the microphone to pop. This happens with plosive sounds when speaking, especially when using words beginning with the letter ‘P.’

Turning on the Blue Voice software quickly fixed this issue for us. We therefore highly recommend if you get a pair to download the software as fast as possible.

The dongle allows for gameplay on any current generation consoles or PCs. With over 21 hours of gameplay on a single charge, these should last long enough for most gamers, even the occasional all-nighter.

The headset uses USB-C, which means if you are one of the lucky people who got a PS5, you can now charge your phone, headset, and controllers with the same cable. 21st Century problems, right?

Recharging these bad boys won’t take more than a couple of hours. Enough time to go out, get some food, and a six-pack of Monsters for the next Cyberpunk 2077 marathon.

There is also a surround sound option on the G Hub app, although it’s nothing earth-shattering. It sounds like most DTS:X 2.0 headphones, with some decent stereo separation.

Our tried and tested Fortnite test provided us with all the details needed. Footsteps could be heard from the back, left, and right. This pin-point accurate audio is great for FPS and battle arena games like Overwatch, Fortnite, Valorant, and Call of Duty. But less impressive if you play MOBA’s like DOTA 2

On consoles, you won’t get any sort of surround sounds since you need the app to access it. Stereo gaming for the win!

The functional range of the headset is about 15 meters, which means quickly running to the fridge and back won’t be an issue.

Who is the Logitech Pro X Wireless for? 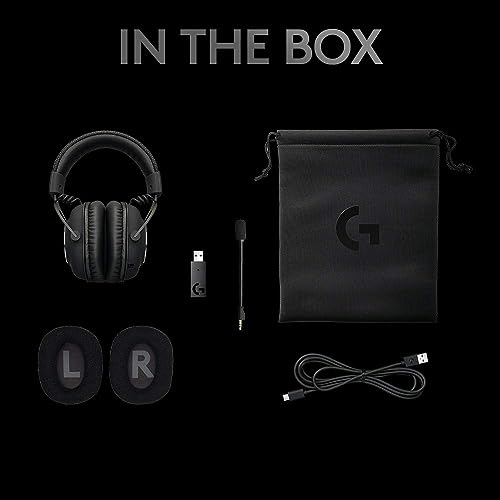 This headset comes with a decent price tag, which makes it great for gamers on a budget. The wireless capability is versatile, working on all current-generation consoles and PCs.

The surround sound on the PC is great, which will give professional gamers a slight advantage. If you are a serious FPS competitor on a budget, these will make a great addition to your gaming peripherals arsenal.

It’s a decent headset, but at its price, there really are lots of options to choose from. Considering most of the features that make it great only work on the PC, you could save some cash and get the wired version. Since PC gaming usually happens in front of the computer, being wired won’t generally affect your gameplay. 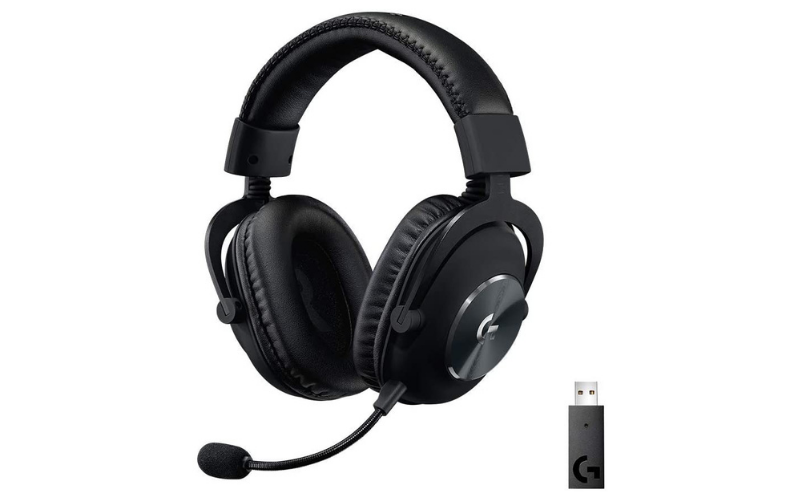 HyperX’s Cloud Flight S is similarly priced but offers better sound quality. As well as a better microphone and better features with surround sound support on the current-gen consoles and PCs.

Unless these are on sale at a drastically discounted price, there really are better options out there. 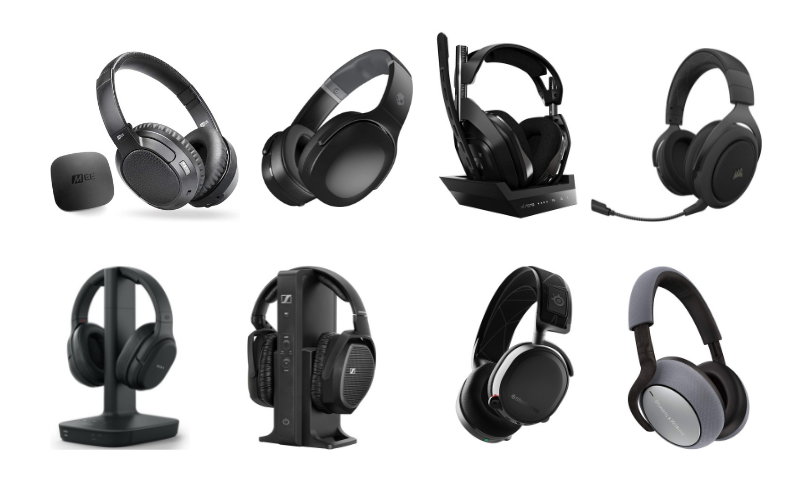 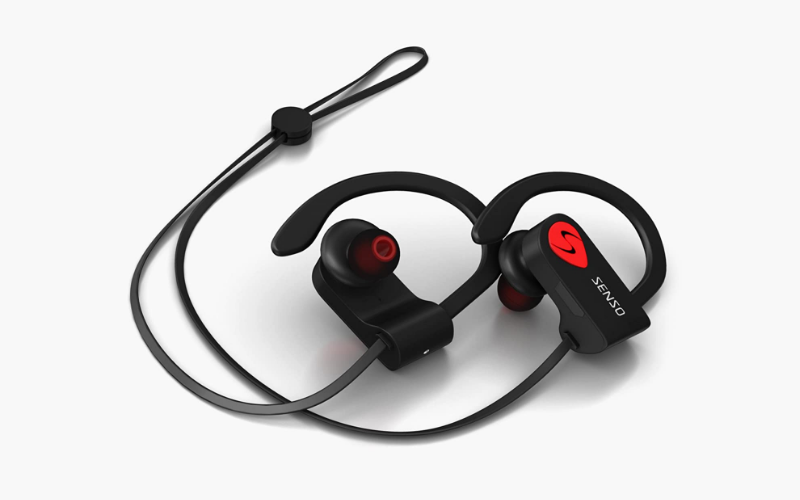 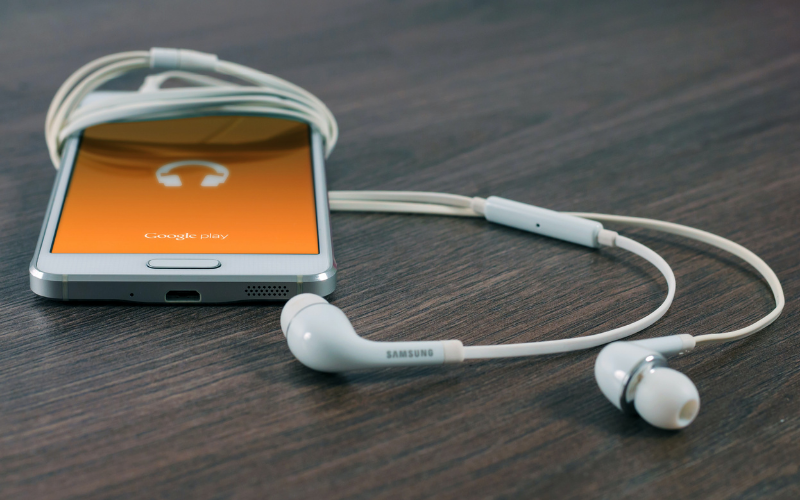