Wireless gadgets seem to be popping up like daisies these days. Some of them have solutions to problems we didn’t even know we had. Yet, the most popular are the ones that fulfill needs that we have had for ages.

Speakers are something of a staple for the modern user. So, making a Bluetooth speaker that can stand out seems to be ever more difficult. Users find themselves being offered an ever-expanding pallet. And, even when you don’t have a lot to spend, there are hundreds to choose from.

A company built on taking audio to new places, taking music out the door and on the road, is what they claim to be all about. And the Commuter 2 is their latest offering in the arena of budget Bluetooth speakers.

Coming in at around $80, the Commuter 2 has the right price tag to be a proper budget speaker. That’s why I decided to find out if the price is enough to bring you a proper portable Bluetooth speaker in my in-depth Kove Commuter 2 Review.

At first glance, the Commuter 2 doesn’t seem to be all that different from most other Bluetooth speakers. The most immediate jump-out feature is probably the fact that the Commuter 2 is available in four color schemes.

This kind of variety is not uncommon at budget prices but is nice to have nonetheless. You can choose between Black, Rose Gold, Sand, and Terracotta.

The speaker is quite compact. But by no means the smallest or even among the smallest in its class of Bluetooth speakers. However, it does have some tricks up its sleeve when it comes to size and space, but I’ll get to that in a bit.

The speaker doesn’t have any rattles or squeaks, and the nylon wrapping that surrounds most of the Commuter 2 is high-grade. Strong, durable plastic is used in its construction. As a result, it’s one of the most durable budget Bluetooth speakers you can buy.

The rubber used to cover the buttons, and the ends of the speaker feels like it won’t wear quickly. Likewise, the buttons covered in this rubber don’t produce any great audible feedback.

There is also a rubber loop on one side of the speaker. This allows you to attach it to a bag or backpack. The speaker does have some weight to it. So, you might want to secure it on more than one end if you’re going to be outdoors on foot.

One Speaker or Two

Arguably, the most appealing feature of the Kove Commuter 2. When you twist the opposite ends of the speaker, it will seamlessly split into a stereo pair. The mechanism Kove designed for this is great when you take the Commuter 2 apart.

Unfortunately, putting the left and right parts back together again is not as easy. And users might find this a tedious process. Still, this feature makes the Kove Commuter 2 a great stereo Bluetooth speaker.

Aside from that small problem, the Commuter 2 functions well as a stereo speaker pair. And this feature will add big points to its appeal since not too many manufacturers are trying this type of design. 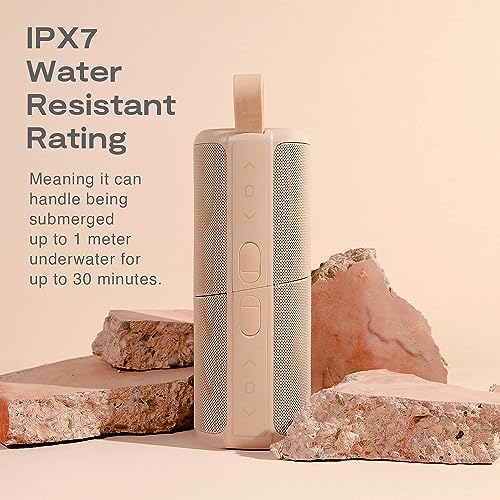 The Commuter 2 has an IPX7 rating. Meaning it will resist rain, splashes, and high moisture content in the air but doesn’t try and submerge it. That said, it’s one of the best waterproof Bluetooth speakers on the market.

The fact that the Commuter 2 makes use of Bluetooth 4.2 may be worrisome to some users. However, we cannot say there’s much of a difference in comparison to 5.0. A range of almost 70 meters should be more than enough to meet any party or outdoor needs.

Unfortunately, the latency when watching videos on both Android and iOS devices is too high to recommend the Commuter 2. That being said, apps compensate for latency differently, so your result may be different. For audio, though, it’s perfect.

The button controls on the Commuter 2 are excellent and well thought out. Both the left and right speakers have up, down, and middle buttons.

The arrow controls on both speakers function as volume controls. Volume changes are mirrored on either side regardless of which speaker’s button is pressed. Holding down the arrows will skip forward/backward. Pressing both up arrows at the same time will turn the white LEDs on or off.

One of the biggest downsides of the Commuter 2 is that it uses a largely outdated Micro-USB connection for charging. Luckily, they do include a cable since you’re unlikely to still have one lying around.

Aside from that, the Commuter 2 has an excellent battery. The speaker takes little more than two hours to fully charge and will deliver a total of just over eight hours of playback. As a result, it’s one of the longest battery life Bluetooth speakers you can buy.

Likewise, there is a power-saving function that will automatically turn the speaker off after ten minutes when not connected. This is a strictly Bluetooth speaker, so there’s no Auxiliary input. 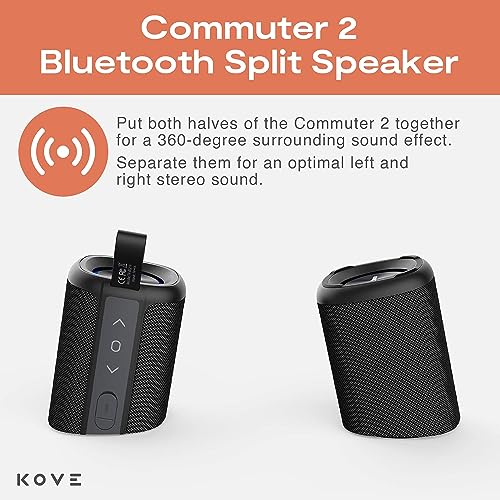 As a one-piece speaker, the Commuter 2 should function well since it still delivers stereo information. Unfortunately, the two speakers are pointing in very odd directions.

Namely, up and down when lying on its side, and forward and back when standing upright. This ruins directionality and soundstage when Commuter 2 is used as a one-piece.

When used as a stereo pair…

The soundstage, while not being what you’d call wide, is improved a lot. The Commuter is not very loud when compared to other speakers in its class. It does have solid build quality on its side, though, which means that very little is lost when it’s pushed to the max.

Sadly, the frequency response on the Commuter 2 is a bit disappointing. The speaker seems to struggle with reproducing bass frequencies with their proper oomph. The low-end seems recessed and held back in almost all the content we tested.

Although, things do look a lot better when you look toward the mids and highs. The Commuter 2 has a very well-balanced Mid and High range signature. This means elements like vocals and lead guitars are present and in the forefront no matter what material is played.

Not only is there enough volume in this frequency range, but clarity as well. A slight roll-off on the top end makes the treble end much warmer and makes for less distortion and brightness when pushed to high volumes.

The Commuter 2 can be described as having one of the warmest sounding mid and treble ranges of any Bluetooth speaker. If only there was a companion app to fix the low-end problem.

Looking for a Great Bluetooth Speaker?

As a Bluetooth speaker, the Commuter 2 has some nice cards in its deck, but it forgot to get the basics right. Great build quality and fantastic controls would have been so much better on a speaker that functioned well as a one-piece and had an auxiliary port. 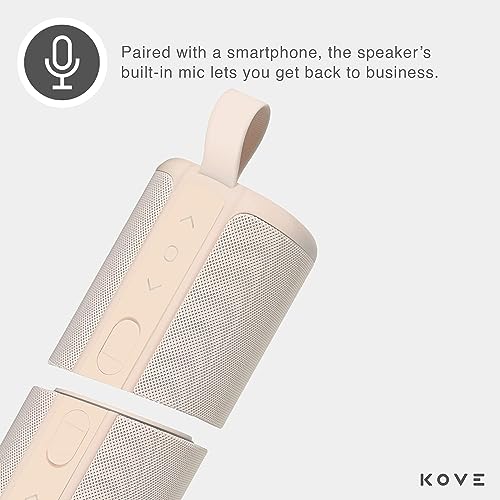 There is no character to the low-end. Making the well-balanced mid and treble frequencies that much more saddening since they have no foundation. To be 100% honest, you could do better in this price range. The final score is 5 out of 10. 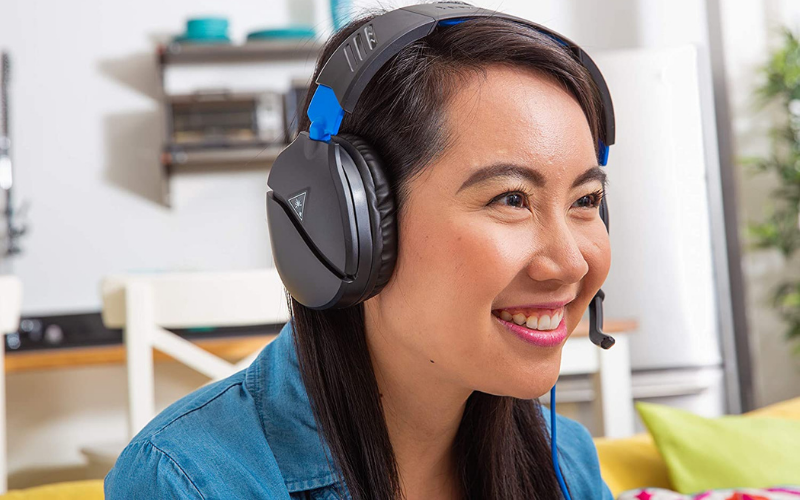 Can You Use Regular Headphones on Xbox One? 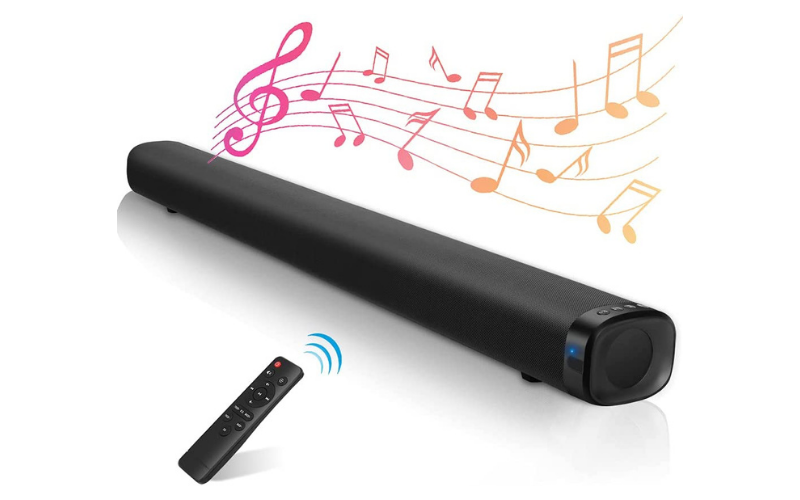 Can You Add Surround Sound Speakers to a Soundbar? 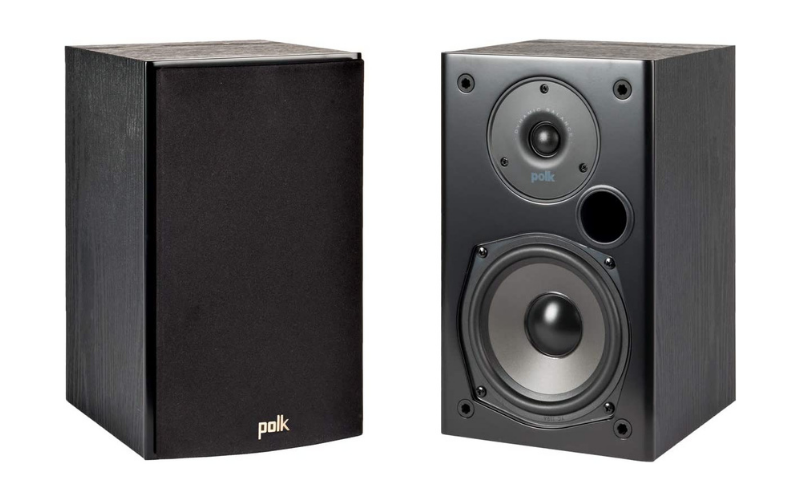 Loudspeaker Blowout – How to Fix Your Blowout Issues