Home » Blog » How to Tune a Banjo – Guide for Beginners

What an interesting instrument the Banjo is. Most people seem to assume it is an American instrument, but it was around way before then. Stringed instruments can be dated way back about 6,000 years and even beyond that time. They are not a new phenomenon.

In the mid-1600s, there were plenty of variations on what would eventually come to be known as a banjo. In those days, there weren’t so many different ways to tune it. How to tune a Banjo was a relatively simple operation.

They were probably the ones who brought it to the Americas. Versions arrived from the West Indies and Africa as part of the slave trade. Also, from Ireland, as immigration gained momentum from Europe.

As an instrument, it continued to develop as people made what they saw as improvements. Not all of them were seen as such. But in the late 1800s, a fifth string was added with the tuning peg attached halfway up the fingerboard.

The “5th” or “thumb” string was an interesting addition. It is a string that is not often fretted and plays like a drone string. A steady noise that adds a very distinctive sound that 4-string banjo’s don’t have.

It operates similarly to the drone of Bagpipes. Bagpipes are not only popular in Scotland but also in Ireland. The home of many of the early immigrants to America.

It is worth considering whether that may have been its inspiration as it does the same job. A distinctive sound, it may be, but a potential nightmare when you have to play in keys that don’t match. 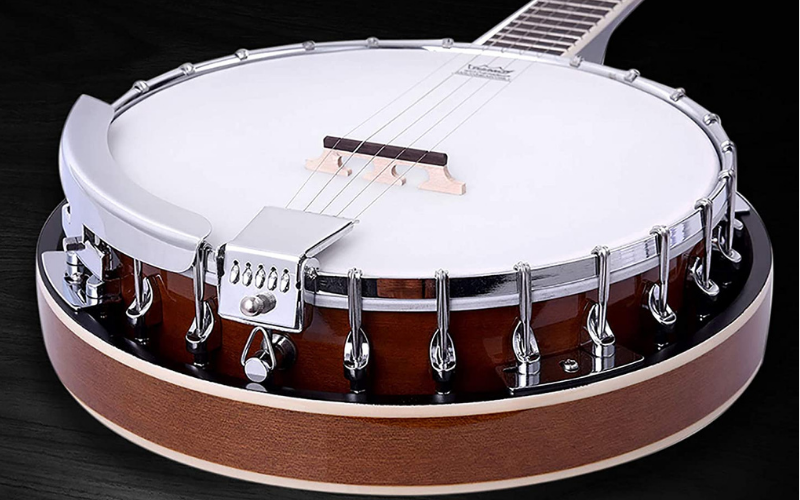 Today we have two variants of the banjo. Some with 4 strings, but the most popular banjos are those with 5 strings. The four-string version tends to have a more dynamic sound. It is favored for Irish Folk music as well as Dixieland and Traditional Jazz. It is a very versatile instrument and can play any style.

The 5-string is the more popular version in use today. Whilst it can be used in various styles, it is most known for Bluegrass, Country, and Jazz.

There are many different ways to tune a Banjo. All of them exist for specific reasons. Let’s take a look at the most common and learn how to tune a banjo using these different tunings.

There are six main ways to tune a 5-string banjo.

Let’s start with what is the most common banjo tuning, “Open G.” This is used by most banjo players. As the name suggests, the open strings form a G chord. The strings are tuned, 5th string to G, 4th string to D, 3rd string also to G, 2nd string to B, and the 1st string to D.

There is a big advantage of having an ‘open’ tuning. Because the strings are tuned to a G chord, it is very easy to form any other chords. By using a bar across the strings, you only need one finger to make any chord. Great for slide techniques.

So-called because this tuning uses two ‘C’ strings. It is set up with the 5th string tuned to G, then the fourth to C, the third to G, the second to C, and the first to D. Whilst it has two C’s, it also has two G’s. Nevertheless, it is called Double C. It is a favorite amongst banjo players who play old-time traditional banjo tunes.

The ‘Double C’ tuning we just looked at was so-called because two of the strings were tuned to C. On that basis, you might assume that a tuning that included two G’s might be called a Double G. You would be wrong.

As you can see, there are two G’s. Nevertheless, it is called ‘Drop C’ or just ‘C’ tuning because of the lowered 4th string.

This tuning is another variation on the Open G. With this tuning, the second string is tuned up from B to C. Therefore, strings are tuned with the fifth string on G, the fourth on D, the third also on G, the fourth up to C, and the first to D.

It is sometimes referred to as “Sawmill Tuning.” A favorite for some players who like to play old-time and classic banjo tunes.

With this tuning, if you don’t fret any strings, you can stroke a D chord. This tuning has its strings set fifth string at F#, the fourth at D, The third also at F#, the second at A, and the first at D.

There is an alternative to this which places an A on the fifth string instead of the more traditional F#. By using that tuning, you still get the D chord without fretting when you strum.

This was a favorite banjo tuning of Earl Scruggs for many of his famous songs.

This is called the ‘E’ tuning simply because it is the same as the G tuning but taken down three steps in its pitch. Therefore, instead of open G tuning of G, D, G, B, and D, you have E, B, E, G#, and B.

The four-string Banjo is often called the Tenor banjo. They have four strings; all strung from the headstock and a shorter and slightly narrower neck. Therefore, they can be a little easier to play for some.

There are two kinds, the 17-fret and the 19-fret version. They are both played with a pick. 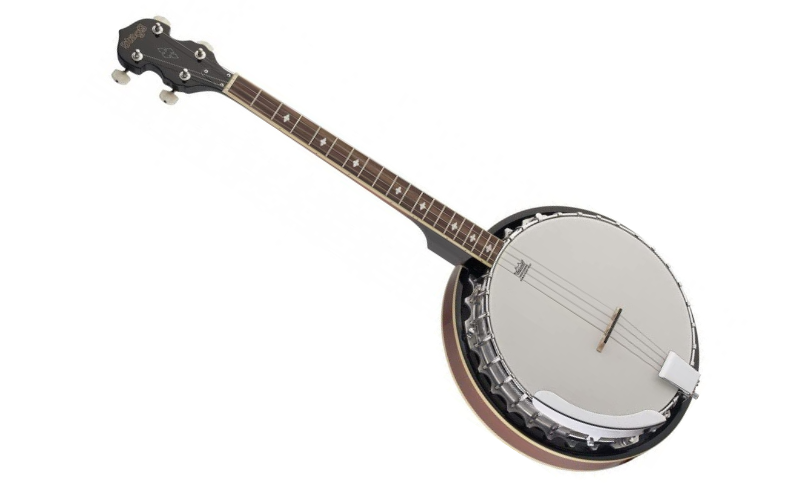 Having been given the name Tenor, you might expect it to have a lower pitch. However, that is not the case. The 4-string manages to produce the highest tones of all Banjos. It became popular with Jazz musicians because the sharp twangy sound would pierce through the mix of a jazz band without requiring an amplifier.

This tuning format has the fourth string tuned to C, the third to G, the second to D, and the top string to A. The same as the cello. It is a popular tuning for jazz musicians because the note arrangements work well for chords and picking.

The second way of tuning in fifths is known as the Irish Tenor Tuning. This is pitched lower than the standard tenor tuning. The strings are tuned to G for the fourth string, D for the third, A for the second, and E for the top string. That is the same tuning as found on a Violin or a mandolin.

It is a tuning setup that is favored by Irish musicians as it produces tones an octave below the Violin. Both instruments are used in Irish Folk music.

There are three other 4-string Banjo tunings you can use. They are probably not as common as the ones we have mentioned, but you may well come across them.

This is a tuning that may well have been arrived at for convenience’s sake. The strings are tuned the same as the bottom four on the guitar. That is, D, G, B, and E.

The problem with it is between the bottom and top strings; there is only one octave and a tone, or whole step. You will have to move around the neck a bit sharpish to play some melodies. The upside is that it is a great tuning for strumming chords.

This tuning of C, G, B, and D, also works well for strumming rhythms. You may find some 4-string banjo players using this tuning on old classic jazz banjo tunes.

This is a tuning that has been adapted for jazz players but is also found in some Irish folk tunes. The tuning of D, A, E, and B means that the strings are tighter, and the extra tension can cause strings to snap early.

Furthermore, the advantage of this tuning is that the high B, often a problem to reach, is now easily available. But this tuning also means you do lose some of the lower notes. This tuning can therefore create limitations on what you can play.

Plenty to keep you occupied and experimenting. If you are new to the Banjo or looking to start, here are some items to look at that may be of interest.

An excellent package with all you need for starting on the 5-string is the ADM 5-String Banjo. For a classic design and a great performance from a 4-string, there is the Stagg BJM30 4-String Bluegrass Banjo. Or, if you need some help, have a look at Absolute Beginners – Banjo.

Then check out our in-depth reviews of the Best Mandolins, the Best Mountain Dulcimers, the Best Tenor Ukuleles, the Best Luna Ukulele, the Best Lap Steel Guitars, the Best Acoustic Guitars Under $300, the Best Resonator Guitar, the Best Student Violins, and the Best Electric Violins you can buy in 2022.

Or, take a look at our useful guides, such as Easy Banjo Songs to Learn in No Time, Bowed String Instruments You’ve Never Heard Of, as well as What is Considered a String Instrument for more helpful information.

How to Tune a Banjo – Final Thought

The tunings and design of the banjo make it an interesting instrument. Furthermore, the banjo works for just about every style and genre you can think of. And this is a big reason we continue to find the banjo used in lots of different ways. 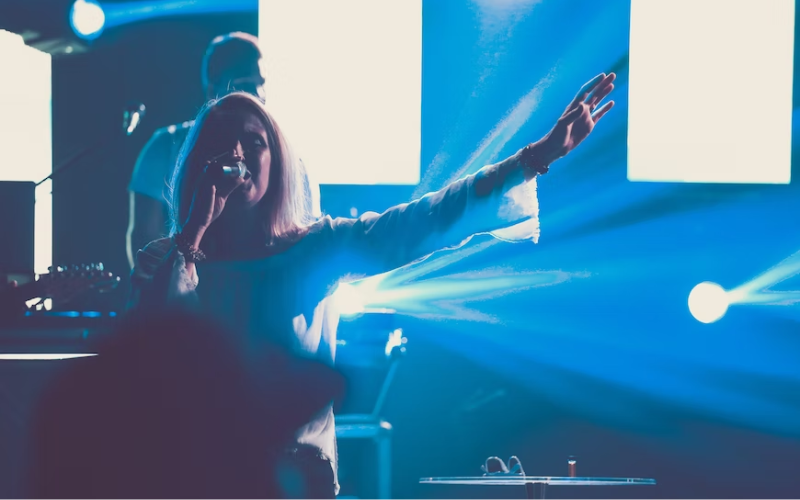 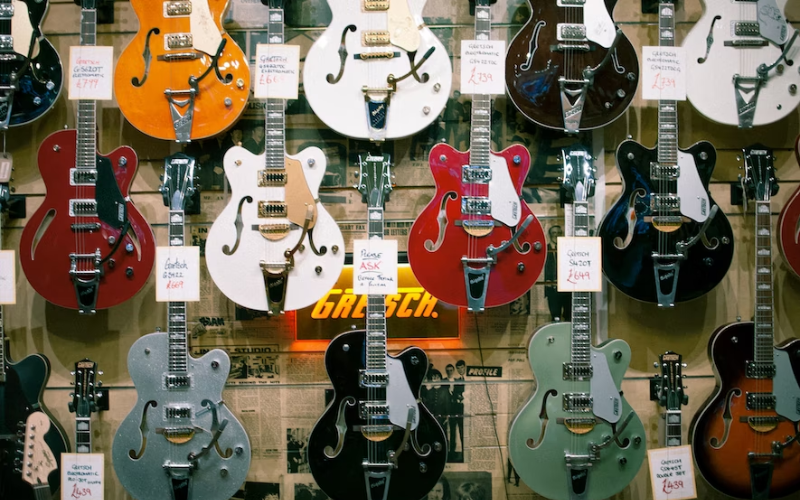 What is The Forbidden Riff?