Home » Violin » How Many Different Types of Violins Are There

If you are going to discuss iconic instruments, the Violin would be right at the top of the list. It represents many things. But many people can’t look at it without thinking of orchestral and Classical music. That is what it was built for and what it is most famous for.

They evolved from the Rebec and the Rabab. The Rebec was synonymous with the tea houses at the time of the Ottoman Empire. The Rabab is still a favored instrument in Afghanistan.

In those days, how the violin developed was slow and often regional. The Violin we know today evolved throughout the 1500s to the 1700s. But by the end of the 1700s, we had the instrument we see used today.

The bow changed as well. A French bow-maker, François Xavier Tourte, made a design change where the stick had a curve that brought it closer to the hair. This offered new bow strokes, especially “bouncing off the strings.”

And it continued to be improved…

Louis Spohr is the inventor of the violin chin rest. He created it in the early 1800s. Shoulder rests came along in the early 1900s. Finally, metal strings and then synthetic strings replaced the original Gut strings for those that wanted more options.

Still, a few further variations have been made. Not all good in some people’s eyes, but changes to be acknowledged at least. If you ask people today how many kinds of Violin are there, they might not know. So, let’s see How Many Different Types of Violins Are There. 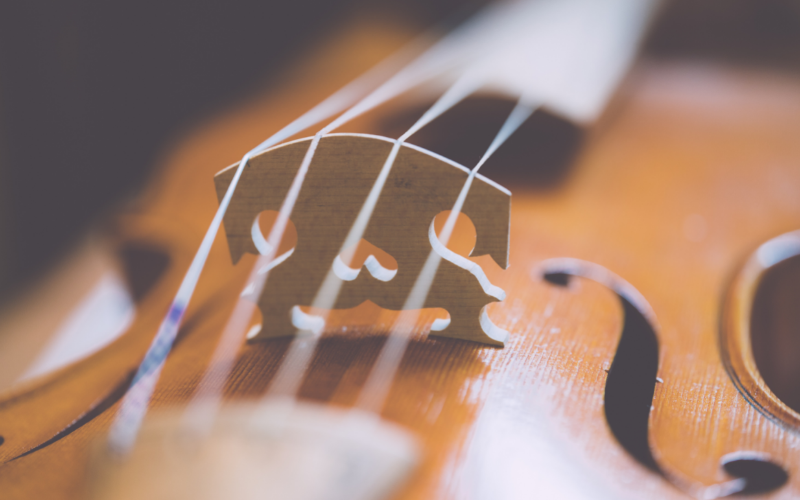 Let’s start with the Violin that most would recognize immediately, the Baroque Violin, as it is known. Named after the musical period that lasted from about 1600-1750 and included the likes of Bach and Handel, amongst others.

It was during this period that the violin attained the shape we all know. Some of the most desired and highly prized instruments by Amati, Stradivari, and Guarneri were built in this period. They look identical to what we have now, but there are some differences.

Structurally they are virtually identical, but the originals had shorter and flatter fingerboards and flatter bridges. Another major difference between baroque and modern violins was that they all used Gut strings. Many of the pros still use Gut today, so perhaps that isn’t a difference.

One major difference in playing the Baroque Violin was with the bow. This was curved outwards and looked more like something you would use to shoot an arrow. There are people today who prefer this kind of bow, with the violin set up in a traditional Baroque style.

A wondrous design and instrument that you only need to see to feel its history.

The “Fiddle” is a term you will hear sometimes applied to the Violin. But it is mostly given to Violinists who play a certain style of music and the way they play it.

I usually don’t like to apply generalizations to instruments, but in this case, it does help the description. Those who call themselves fiddle players are often associated with cultural musical genres, like folk music. This could mean Folk or Celtic in the UK or Bluegrass and Country & Western in the US.

It’s largely the same as the standard Violin. Although you will sometimes find them playing electric Violin. We will deal with those a little later. In some areas of folk and country music, you may even find Violins made specifically for the genre by local Luthiers.

The majority of those musicians who play the fiddle may well have been taught in a Classical style. They, therefore, draw heavily on the techniques and use their knowledge of harmonics. This is especially important if they are leading their band as Fiddle players quite often do.

Is there a difference in the instrument?

Is there a difference between the standard Classically-orientated Violin and the Fiddle? Well, not much at all. It is more the way the Violin is set up.

Fiddle players tend to like flatter bridges. The reason for this is they tend to play more chords. That means more than two notes at a time. It is easier to do that if the strings are lying flatter.

The other major difference is the strings used on fiddles. They tend to use steel strings. This is partly because of the practicality but also because the sharper sound of the steel-string suits the style of music. 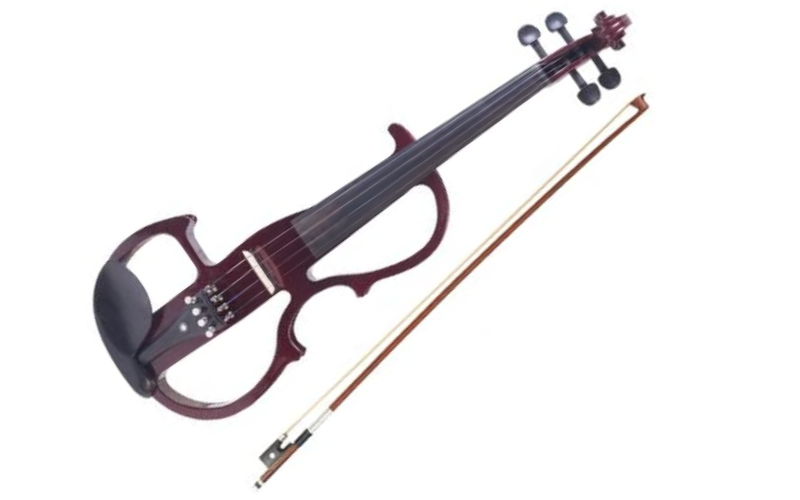 Certainly not to everyone’s taste, the Electric Violin nevertheless has made a big impact. Very similar to many electric guitars, it is a solid rather than a hollow body with a pickup attached to the bridge. You, therefore, need an amplifier or sound system.

They first arrived in the 1930s and had some success in the jazz world. Since then, they have developed into an instrument that often uses distortion or phasing effects pedals like their guitar counterparts. We could never answer the question, “How Many Different Types of Violins Are There?” without including the electric ones. Although, some purists may beg to differ.

It offers a different sound, of course. But it is often used for its visual impact as much as anything else. Classical music performances have moved on from the staid, formalized events they once were.

Vanessa-Mae, as an example, has a Guarneri Violin made in 1751. Yes, that is worth quite a few dollars. In concerts, she was also often seen with a Zeta Jazz Model electric violin. She began playing it in 2001 and now uses other makes.

Nigel Kennedy, another breed of ‘21st-century’ Virtuoso. He also plays his Stradivarius, a real one, by the way, and electric violins. He has a range of both.

But both musicians will admit that their main instrument, the Guarneri and the Stradivarius, are “part of them” and are irreplaceable. The Electric instruments are to create more of a show and to give some alternative sounds.

These are regular violins. But they have an external pickup attached to the bridge. Sometimes the acoustic-shaped body is customized to allow a pickup to be fitted inside.

The best of both worlds?

A similar principle to adding a pickup to an acoustic guitar. With the same results. You get an amplified sound, but it will not create the sound of the acoustically played instrument. So not really the best of both worlds. It could also potentially suffer from feedback problems if you turn it up too loud.

This is a strange type of Violin from Norway but cleverly designed. It has four strings that are played but underneath a further four or five that resonate as sympathetic strings. This creates a very interesting sound in that the lower strings only react with notes that relate directly to them. These might be octaves or unisons or perfect fifths.

There is an interesting fact about this instrument. The notes of the tuning of the sympathetic strings give you the opening to “Morning” from Peer Gynt By Norwegian composer Edvard Grieg. 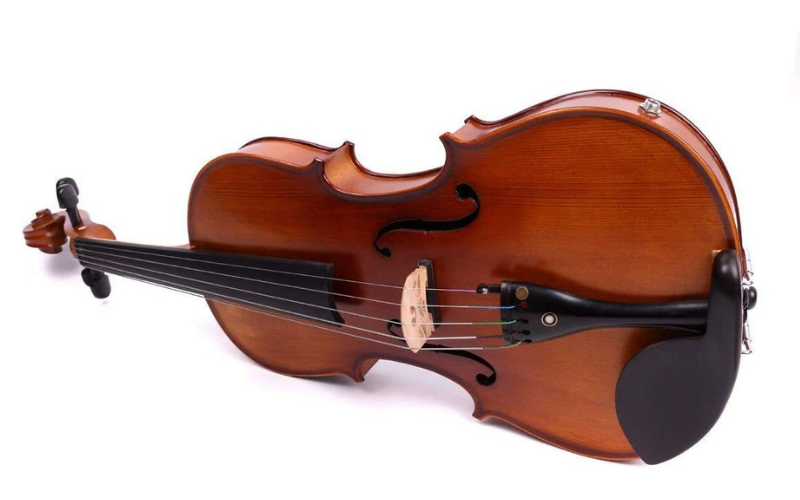 Not as strange as it sounds. During the Baroque period, there were five-string Cellos. Bach often wrote to include their extra options. On the violin, the principle is to add the extra ‘C’ string from the Viola. This gives the 5-string violin a little extra power and also playing options. Not often seen, but popular in some circles and available if you want one.

If you are thinking of taking up this wondrous instrument, a great violin starter pack is the Mendini Full Size 4/4 Solid Wood Violin with a tuner, lesson book, extra strings, shoulder rest, bow, and case.

Or, if you prefer an Electric violin, there is the Cecilio CEVN-2NA Style 2 Silent Electric Solid Wood Violin. And of course, if you want to go Electric 5-string, check out the Yinfente 4/4 violin 5 string Full Size Electric Violin.

Looking for a superb Violin or Violin Accessories?

Also, take a look at our comprehensive reviews of the Best Sheet Music Stands, the Best Mandolins, the Best Electric Cellos, and the Best Mountain Dulcimers currently on the market.

And don’t forget our handy guides on Tips for Memorizing Music, What is Considered a String Instrument, the 6 Easiest Musical Instruments for Adults to Learn, and Diatonic Scales – What are they? for more useful information.

How Many Different Types of Violins Are There – Conclusion

There are not many instruments that offer great performance across a wide range of musical styles and genres. However, the violin is one with its different styles and capabilities. You will be hard pushed to find a music style it cannot contribute to in some way. 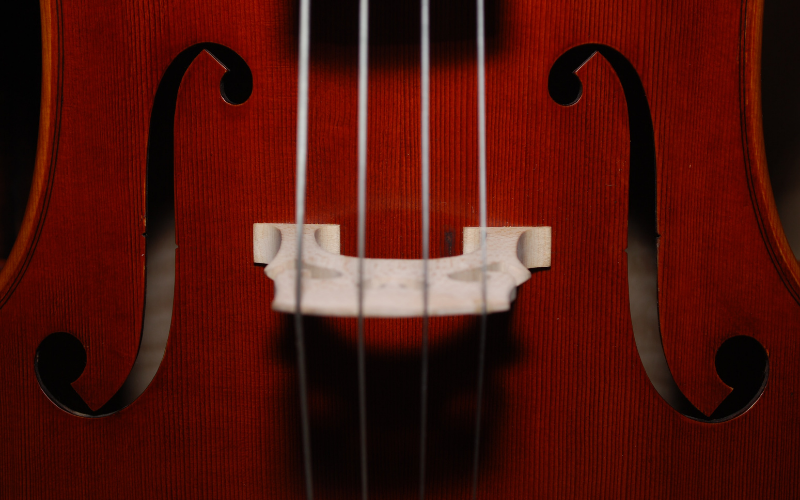 Top 10 Best Violin Rosins You Should Buy In 2022 Review 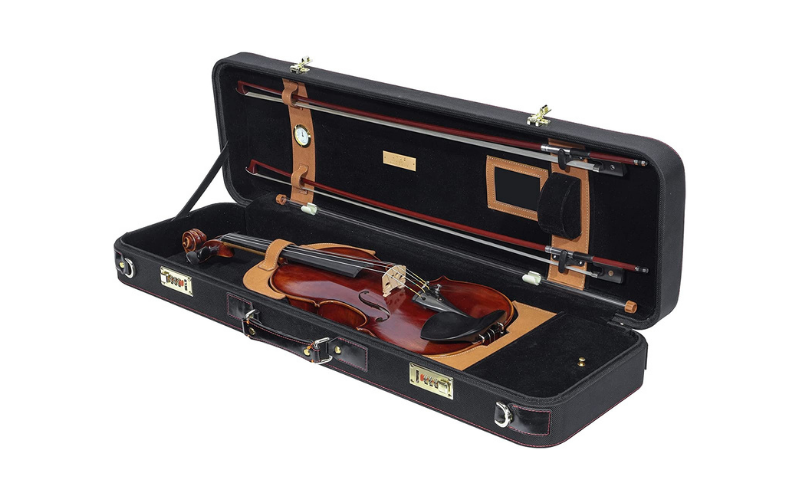 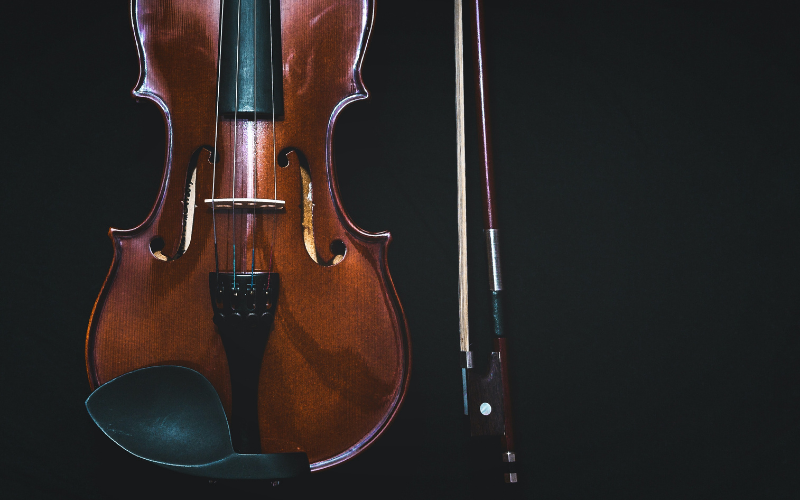 Tips For Tuning Your Violin – Guide for Beginners