Here is something that is going to ruffle a few feathers in some quarters. Whether you love it or whether you think it’s a musical con, the facility of Auto-Tune is here. And it isn’t going anywhere.

Auto-Tune is not a new trick. It’s been around for quite a while, since 1997. On vocals, I think Cher was the first to use it on a major hit, with her track “Believe,” released in 1998. Although, I hardly think she needed to use it to keep it in tune. It was more about the synthetic tone it gave to her voice to add interest to the song, I suspect.

So given that they are now part of our musical existence, How Do Auto-Tune Microphones Work?

You sing into the microphone, and the mic outputs the signal. That is then sent to an auto-tune processor. You preset the processor to the correct key and the right settings. The processor then makes the adjustments to the signals from the mic and corrects any wayward notes.

What Are We Looking At?

So, What is it Exactly?

Auto-Tune is pitch correction software for voice and instruments. It was developed by Antares as a piece of software, but its possibilities soon became apparent. And the company then made a design that moved them into the DSP processor market.

There is a range of options currently available, all with the same intention. To alter the pitch of a vocal or instrument and move it to the nearest true semitone. 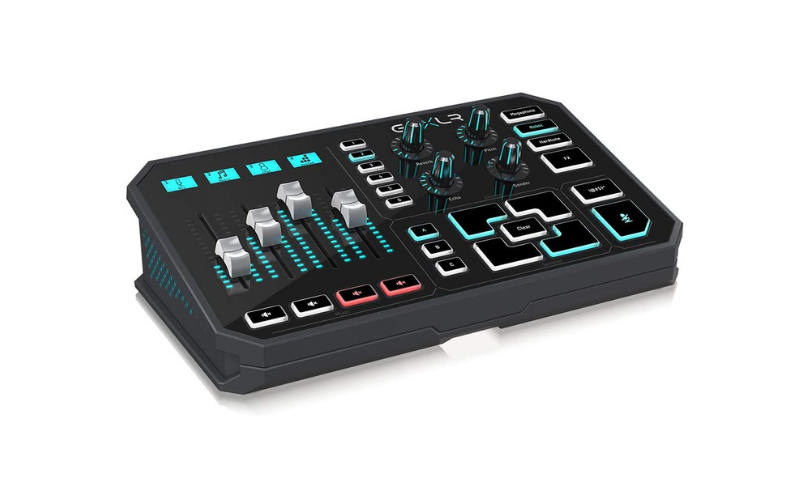 The software identifies the audio signals’ pitch by looking at the frequency content. It also considers the harmonics of any given note.

For an octave in western music, there are twelve equal-spaced semitones. When it has defined the pitch, the auto-tune will move the signal up or down. It will be placed where it thinks is the appropriate note or pitch to fit into our 12-note system.

Not appropriate to vocals, but guitars play chords. The standard auto-tune does struggle with multiple notes, it must be said. But it wasn’t designed for that. There are software packages that can achieve tuning the notes within chords. But that is not what we are looking at here.

As there are two pitch systems commonly used in music, you need to be able to tune to both, if needed. They are both based on the 12-note scale I mentioned, but each variant has different fundamentals relative to the notes. It is therefore very important to be able to ‘tune up.’

The two systems are:

Being able to tune is important to ensure you will be compatible with the tuning options.

A pitch correction processor can also be tuned to certain scales. By taking the key of the song and tuning to that, a good vocal match will be achieved. No matter how far out the instrument or the singer is from the true note.

One of the problems with pitch correction is keeping the “human” sound of a voice. If you have to go too far with corrections because the singer is so way off, that you lose that human feeling.

The sound becomes robotic and essentially what it is, false. Vibrato is lost, as are the slurs between notes. This process will ensure the notes are in tune but causes some distortion in the voice. In some circles, Hard Pitch corrections are used as a matter of course.

How They Are Used

I will look at studio and stage performances a bit later. But you can get Auto-tune as a pedal or in a rack mount for studios. Furthermore, there are auto-tune microphone plugins available that work with your DAW.

As you can see then, there is no such thing as the Auto-Tune Microphone. It is the processor you need that will do the job, not the mic. Therefore, when you ask, “How do Auto-tune microphones work?” you aren’t asking the correct question.

Yes, you can use any recording or stage mic with an auto-tune processor. So, don’t worry about replacing your favorite Neumann, Shure, AKG, or Sennheiser just yet.

Using Auto-tune In The Studio 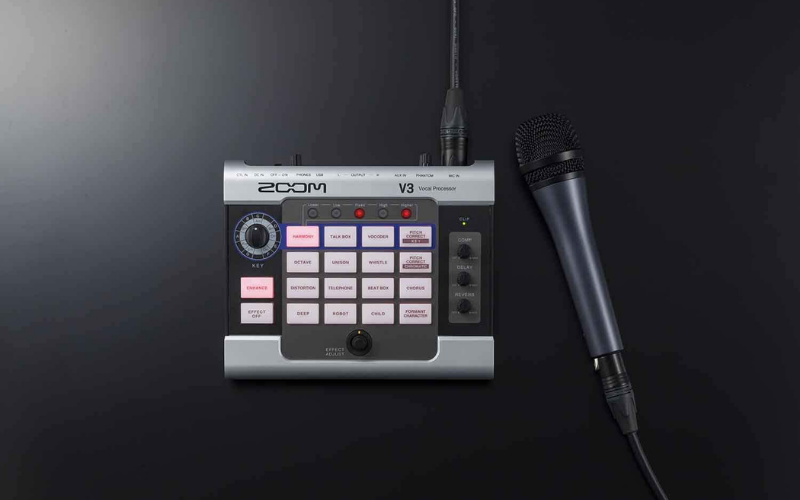 Auto-tune is used more often than you might realize. And this applies especially to the “squeaky-clean pop” genre, where most things are mechanical anyway. So its use in the studio may sometimes be determined by what is being recorded.

For example, would you want to auto-tune on Robert Plant when he is in full flow? I don’t think so. There are two main ways it is used in the studio.

It is not uncommon for a singer or even a guitar player to get a bit carried away with the performance. Using the vocal, you might have got a great take, full of passion and emotion. But you can’t use it because there are just one or two bad notes. And they stick out like a sore thumb.

This is where the benefits of auto-tune microphones come into play. A little bit of tweaking and playing with the knobs, and you can clean it up.

If the corrections are made carefully and not overdone, even trained ears might struggle to hear them. You won’t interfere with the natural sound of the singer’s voice.

But those few damaging notes can just be pushed a little closer to where they should be. And it has the effect of cleaning it all up and giving you a “perfect” take.

There are times, with certain singers and in certain genres, where auto-tune is engaged the whole time. The singer does their bit, and the signal is sent to the DAW or console with the auto-tune engaged.

The engineer and the singer, and anyone else with headphones on, will hear the sound after auto-tune is applied. It has not come from the mic; it has come from the processor. What they are hearing is effectively the finished product.

Of course, the result is what counts in most people’s eyes. Certainly, in the eyes of the artist, the engineers and producers, and the record company it is. They want it as good as they can get it.

Why Are They Here?

The other side of the coin is, as someone once said, “If they can’t sing, why are they here at all?” It’s a valid point. The great singers of the past never had them. The great rock singers from the 60s on didn’t either until the end of the 90s.

The answer to that question has probably got little to do with music or vocal ability. It is a whole new discussion, which is not for now. Therefore, I shall sidestep it and move on.

The live performance is something else. Here, there are some very real reasons for using Auto-tune in certain situations.

In live performances, Auto-tune processors are usually in pedal form. This makes them easy to control by the singer. This can be important for a vocalist who might like to talk to their audience.

They won’t want the pitch correction turned on in that situation. A pedal enables them to turn it off and on when they need to. Because they are placed close to the singer, it also allows them to control the amount of effect required.

Varied Effects Can be Employed

This could change for each song depending on how hard it is to sing. Also, there is not just one type of effect these days; there are several. The singer has control over all these parameters.

The rack-mounted versions can also be used in live situations. Although, when they are, they are likely to be set at a soundcheck and then probably left alone. These will be set and controlled if they need to be by a sound engineer.

The rack-mounted versions are also likely to include controls for EQ and Compression as well as the usual pitch corrections. Creating a complete vocal sound approaching a near-perfect performance is then possible. 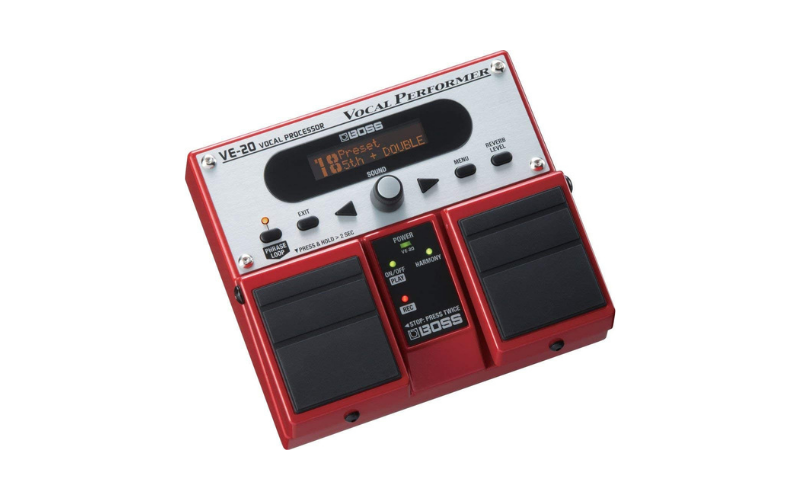 This is a piece of kit that encourages debate on which direction music is heading. That is beyond the remit of what we are talking about here, but it is a very real concern for some. And the so-called Auto-Tune microphone is right at the front of the argument. There are two questions to consider, I suppose.

Do They Make a Difference?

Well, they make a difference to the sound. The pitch can be made perfect. That is a big help in the studio where performances as good as possible are essential. On stage is another issue.

If a singer needs one to put in a good performance, it does raise the question, why are they there? While others that could sing without artificial help aren’t. We all know the answer to that one.

Silencing the Critics or Not?

There are instances where, in some acts, complex and very physical dance routines are involved. In that case, I can see where they are important. Most singers couldn’t hold perfect pitch while performing what amounts to a near-circus act. In that case, any criticisms are unfounded.

Are They Conning Audience and Fans?

The second question to be answered. What about when a singer uses one because they aren’t good enough to hit the notes? Is that a con in front of fans and an audience? Some would say so. As I say, this argument is not for here.

So, the answer is, yes, they make a difference. Do we use Photoshop to improve an image? What is the difference between using that to singing using Auto-Tune?

In Need of a Great Microphone?

As I said at the outset, love it or loathe it, the technology is here. Pitch Correction and the Auto-Tune systems for a microphone are just another way it is being used. 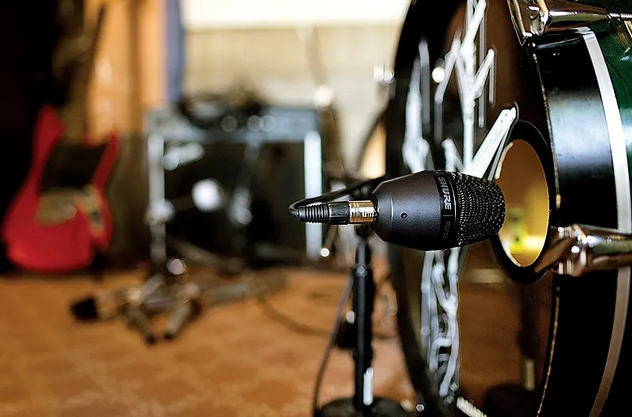 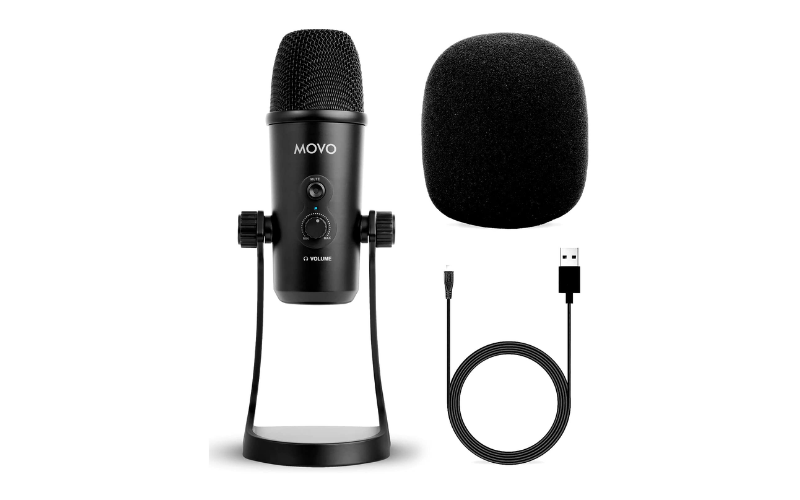