The tailpiece is an essential part of the build and design of many guitars. But you could argue that a percentage of guitars don’t even have one. Does a string-through-body guitar like a Strat or a Tele have a tailpiece? For those that do have them, each of the guitar tailpiece types can have various positive points. And a few negatives as well.

Is it at the top or the bottom of the guitar? I suppose that depends on how you look at it. As long as it does its job, it doesn’t matter. And that job is to securely hold the strings in place.

It can be a delicate balance in its performance. It must generate enough strength to counterbalance the opposing tensions once the guitar is in tune. And, it must do that in a way that will get the best out of the strings and the guitar.

There are four main types of guitar tailpieces. Some are better known than others. One tailpiece we will look at you will not see so often these days. Let’s consider all four types. 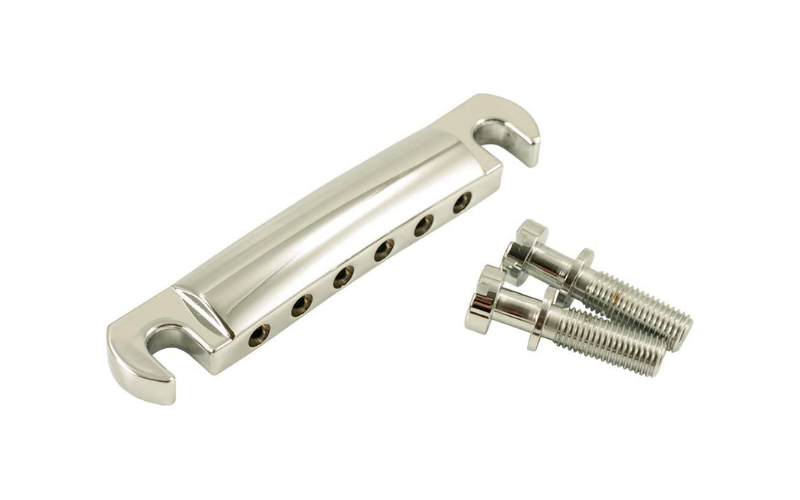 Possibly the best known guitar tailpiece is the Stop Tailpiece. It is bar-shaped made from a metal alloy fitted to the guitar using screws or with some manufacturer’s studs. The bar can be made from a variety of materials, including brass, zinc, or aluminum. Aluminum is the preferred option for some guitarists as they think it gives improved resonance.

This tailpiece can be used on either solid body or semi-solid guitars. In the case of semi-solid, the screws are attached to the center block.

The Stop Tailpiece is usually used alongside a Tune-o-Matic bridge, especially with Gibson, Epiphone, and other look-alike guitars. The bridge combined with the Stop Tailpiece offers good control over the intonation. This is because of the bridge’s adjustable string saddles.

You may also find the Stop Tailpiece being used with a single-bar bridge. This can be made from metal or wood.

There may be occasions with this tailpiece that the strings can jump out of their holding slots. Although, in my view, a minor point and hardly worth mentioning. 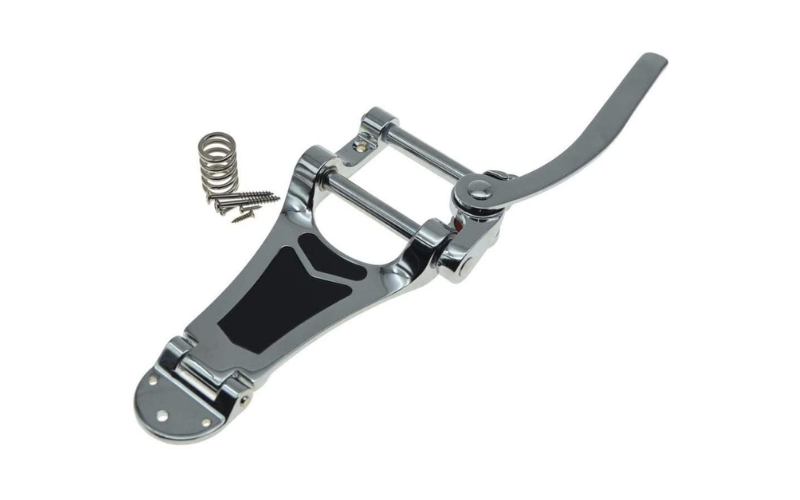 The Vibrato Tailpiece is a bit of a misnomer when it comes to Fender guitars. You will often see it on the Fender Strat and other models where it is known as a Tremolo. I think they may have their terminology a bit confused. A tremolo is something completely different. This is a Vibrato.

The Vibrato Tailpiece has been around for quite a while and was common in the 50s on Gretsch guitars that used a Bigsby unit. It was first produced in the 1930s, courtesy of a man named Doc Kaufman.

His idea was to attach a metal arm to the tailpiece that would move the strings through the vibrato unit. This action of moving the strings from side to side created a vibrato sound. The modern Vibrato Tailpieces still have a very similar design.

There are plenty of varieties of Vibrato Tailpieces that feature a range of different mechanisms. Floyd Rose and Kahler both make quality Vibrato Tailpieces. They have either spring-tensioned arms or bridges that pivot.

Some even have fine-tuners for each saddle that are built-in. This provides the opportunity for some fine-tuning, which is something that turns out could be necessary.

There are a couple. Firstly, using the vibrato can easily send your guitar spiraling out of tune. That doesn’t seem to affect the likes of Richie Blackmore or Jeff Beck, who are both known to use the vibrato tailpiece to good effect. Jimi Hendrix reveled in it, of course, playing for half the time with his Strat out of tune.

A second area that can be problematic is setting them up. It can be a little awkward if you are changing strings often. 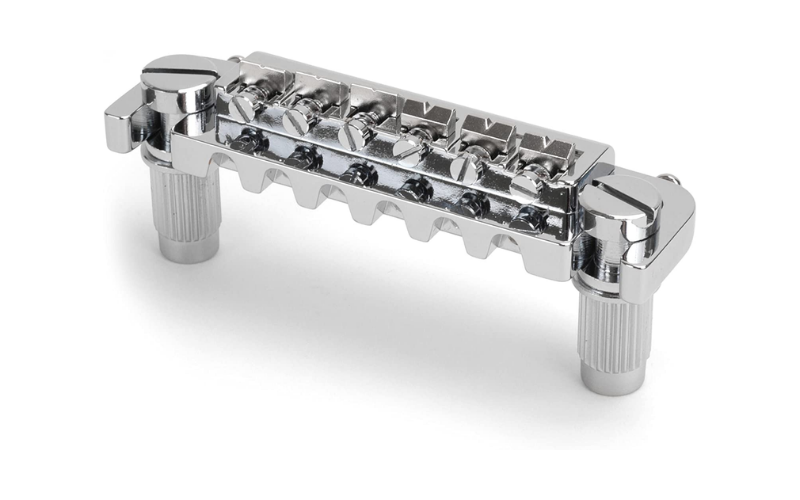 Next on our list of guitar tailpiece types, we have the Wrap Around. In this design, the strings of the guitar are wrapped around a bar after being held in position. The bar is a plain smooth piece of metal.

It was Gibson who first came up with the idea, and they started to build them into some of their guitars. The Les Paul Junior and Les Paul Special still use this system today.

Problems with the Re-String

There can be a few problems when restringing your guitar. You need to feed the strings through the tailpiece from the front. They are then wrapped around the metal bar and fed back up towards the neck.

Because they are applying less tension to the string, it can be hard to keep them in the right place. Thus while you are wrapping them around, it can be a little tricky.

There isn’t much intonation adjustment in Wrap Around Tailpieces. On the brighter side, a lot of guitarists like them for the extra resonance and sustain they can create. 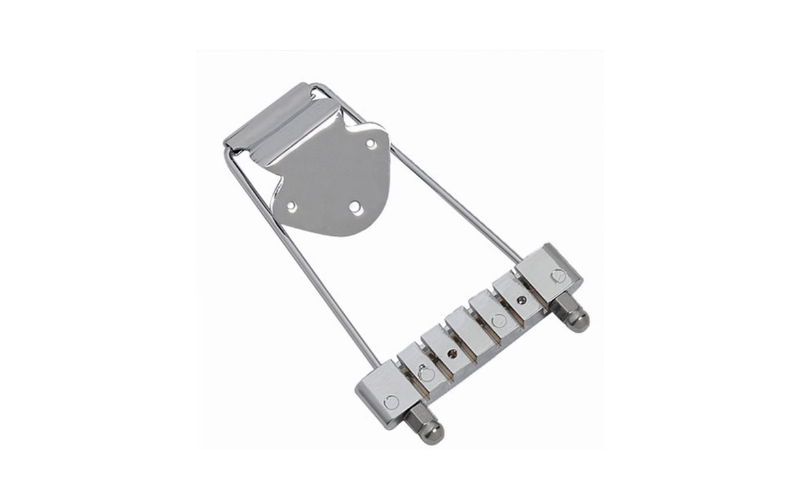 This was the original tailpiece on Les Paul guitars. But Gibson was by no means the only manufacturer to use them. Gretsch, Guild, and Epiphone from the same period also installed them in some of their guitars. They are a throwback from those glorious days of the arch-top guitar on which they are still used.

The Trapeze Tailpiece attaches to the heel of the guitar, and the slots are built-in to feed the strings through. As the strings are tensioned, it causes the tailpiece to be suspended in the air above the body of the guitar. Hence the “trapeze” name.

Some advantages over the Stop Tailpieces

They deliver a warm, smooth sound that is preferred by many jazz, original blues, and country guitar players. The sound is hollow and quite unique.

Is There A Downside?

One area is in stringing. They can be very awkward and not ideal for the starter musician. As you are tightening the strings, it can be hard to keep them in the place they are supposed to be.

Another issue for the modern guitar player is they don’t carry as much sustain as other tailpieces. If you are thinking of buying a new guitar tailpiece, here are some cost-effective suggestions.

So, which guitar tailpiece is the best? If you are a starter, then the Stop Tailpiece is probably the best option. They are easy to restring and hold tune quite well. However, if you are feeling a bit adventurous and want to try some “dive bombs,” the Vibrato will give you that opportunity. But be warned about potential tuning problems.

If you are a fan of all things vintage, including the sound, then the Trapeze Tailpiece will be worth looking at. And if you don’t fancy any of them, then the Wrap-Around will give you some options. Those options will include great resonance, sustain, and character. It’s surprising how something we take for granted on a guitar can have such an effect on the sound of your guitar. 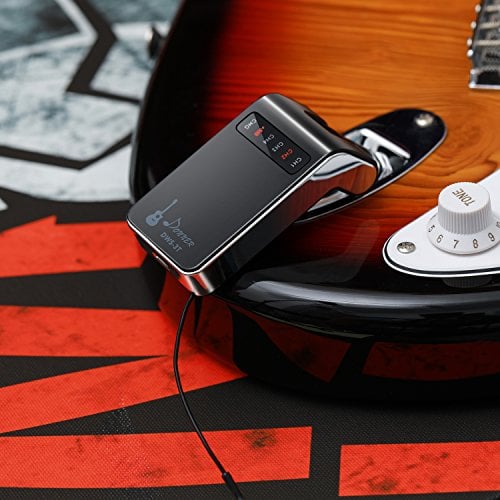 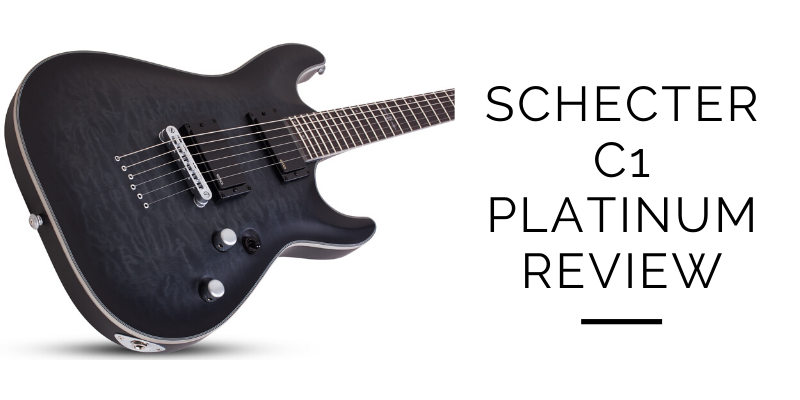