Epiphone and Gibson. Two guitar manufacturers inextricably linked. Today Gibson own Epiphone and allow them to use the Gibson branded names like Les Paul, but it wasn’t always like that.

Back in the 60s as music and instrument manufacturers were finding their feet, Epiphone and Gibson were in direct competition with each other. It was a strange relationship.

Owned by the same parent holding company, CMI, they were housed in separate locations with their own company structures. The guitars they produced unsurprisingly similar but in competition with each other.

The Gibson EBO bass and the Epiphone Rivoli bass being one example.

Epiphone was considered by many, inferior to Gibson but there were times when the so-called underdog produced better quality as in the Epiphone Casino, a far better looking and playing guitar than its rival at the time the Gibson ES330. John Lennon, George Harrison, and Keith Richards played the Casino. Illustrious company indeed.

In time though. both companies suffered upheavals and Epiphone were finally acquired by Gibson to be their premium alternative to what they saw as the ‘real thing.’

It was marketed that way, and Epiphone became Gibson’s cheaper alternative. Gibson being made in the US and Epiphone overseas added a certain stigma, unfounded as it was, to the Epiphone name.

Today Epiphone have developed a reputation for making great guitars, and that reputation is growing. At the forefront of this manufacturing, renaissance is the Epiphone Les Paul Standard. Now recognized as being something special in its own right, it is worth having a closer look to see what makes this particular instrument a real alternative to its Gibson counterpart.

This guitar is not thrown together as many of the ‘copy’ guitars are. This is because this is no copy.

It is well made using good quality materials. Made at the Epiphone factory in China, it has a solid body made from mahogany with a maple veneer top and a mahogany neck with the standard rosewood fingerboard.

It has the same inlays and binding on the neck as the Gibson models.

The ‘D’ style neck is slim and tapered to allow it to be played with fast action and for comfort. As you can imagine, it’s quite heavy, but then it is supposed to be. 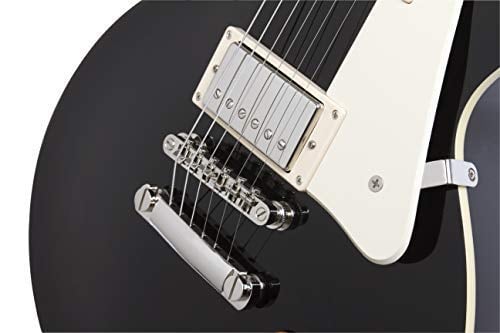 No sacrificing quality in the essentials. Grover machine heads give precise tuning and the Tune-o-Matic bridge with its six adjustable saddles which have been standard on Gibson guitars since the ’50s, provide solidly engineered and highly regarded hardware.

Humbuckers of course. How could it be anything else? Two of them, one at the neck and one at the bridge. Alnico classics provide the noise.

Good materials, quality design, could you ask for more?

How Does It Feel?

We mentioned before that it is quite heavy and it is. Les Paul’s are heavy as anyone who has ever picked up a Gibson or Epiphone will tell you. It’s part of their makeup and part of who they are, though the Epiphone is not quite as heavy as the Gibson’s.

The controls are tight and accurate with the standard volume and tone control for each pickup and of course, a three-way toggle switch. It feels right, but there is perhaps a more important issue. 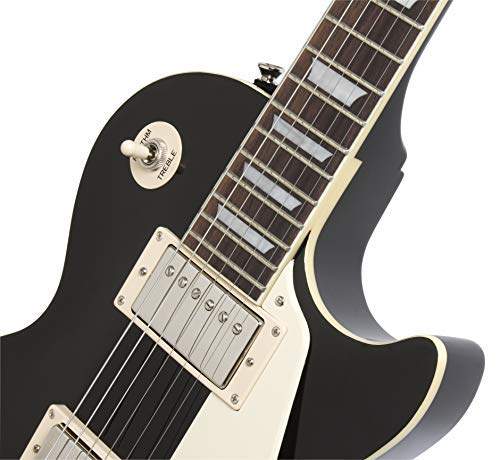 How can we put this?. Pretty damn good. In fact, we were so surprised we had to keep looking at the headstock to make sure it said Epiphone. It is a no-nonsense guitar with great sound.

One of the most impressive things about the sound is that we tried it with no pedals, no help, just the guitar itself, and the tonal changes across the toggle switch were impressive.

Clean sounds and as you push the toggle down to move to the bridge pickup you begin to hear the kick come into the sound.

So often you come across guitars where the tone ranges are not specific, but with this Epiphone, they are very distinct and also very rich.

Of course, though, you just can’t resist it. Just a look at ‘that’ single cutaway shape and all you want to do is put it through a Marshall, crank it up, and let rip.

The results were stunning. 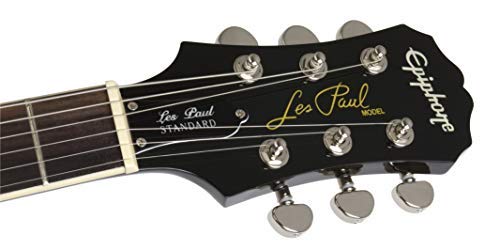 The action on this guitar is so good that it defies its price tag, and once again you check the headstock to make sure.

The sound though was something else. The humbuckers creating that thick, rich sound this guitar was made to produce. It has a vintage Les Paul sound about it.

It handles distortion and overdrive as well as anything and the fluidity of the action allows some great playing – it really has a very good sound.

Very nice indeed. The action on the fingerboard is smooth and fast. The neck structure itself is important, and its slightly deeper shape allows you to feel the neck in the palm of your hand. You cannot avoid thinking that this is a very well made guitar. The action, of course, will be set to individual taste. As with all guitars, you will have to achieve the best playing set-up for you, but the opportunities to set it up as you want it are there.

Let us make our position on this guitar very clear. It is not a Gibson Les Paul. And, it doesn’t try to be.

It is made overseas as against the Gibson which is made in the US.

The quality of the woods used in the construction might be slightly better on the Gibson, the maple top on the body a bit thicker on the more expensive versions, and the humbuckers on the Gibson are the more powerful Burstbuckers.

So yes, there are some things about the Gibson that are superior.

The price difference is also about 4 times more.

Are the Gibson four times better? No. 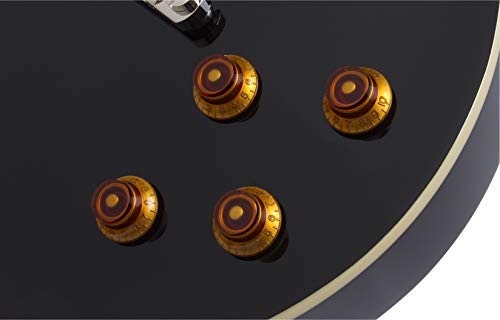 Does It Sound Four Times Better? Definitely Not.

Is it four times better in its construction? No, it certainly isn’t.

We do not like comparing it to a Gibson because it is its own guitar, but others will, which is why we make these points.

There are those that would not play an Epiphone Les Paul considering it just a copy of the ‘real thing’ and somewhat below them. We do not go along with that viewpoint preferring to judge the guitar on its performance.

There is no answer to any direct comparison, so we will leave it there.

The Epiphone Les Paul Standard is a fine guitar. It plays well and has a great sound and at the price is surely unbeatable in terms of value for money.

It has become a recognized quality guitar by many and is now widely used, and that is quite understandable.

In some reviews, you close by saying something like, ‘if you don’t want to invest a lot of money in a Gibson, think of this cheaper alternative.’

In closing this review, we will say yes it is about a quarter of the price but forget that. It stands on its own two feet as a quality guitar so consider it along with the best of them.

As a Les Paul, it is not going to let you down. 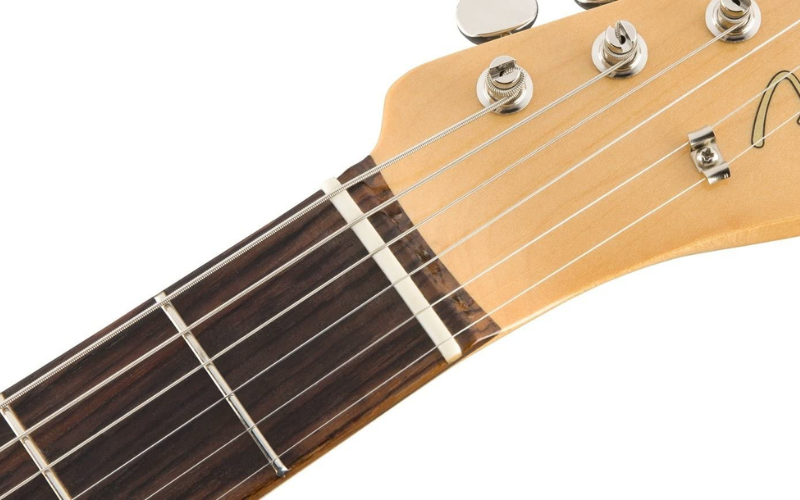 5 Main Types of Guitar Nuts You Should Know 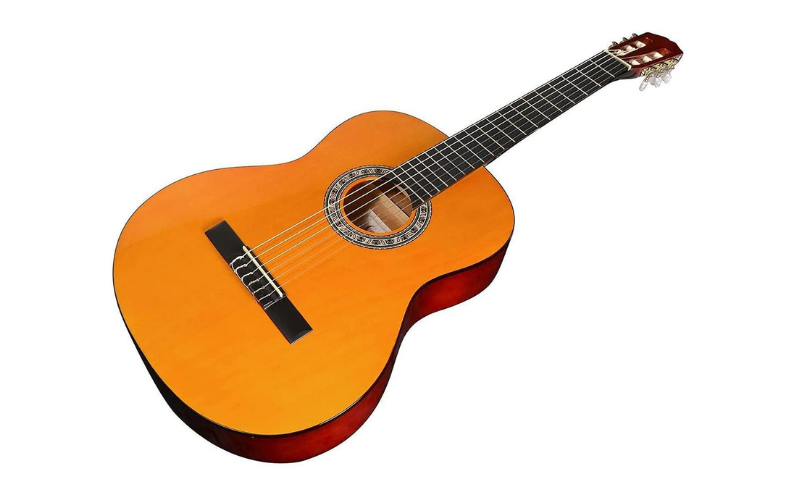 How Many Frets on a Guitar? 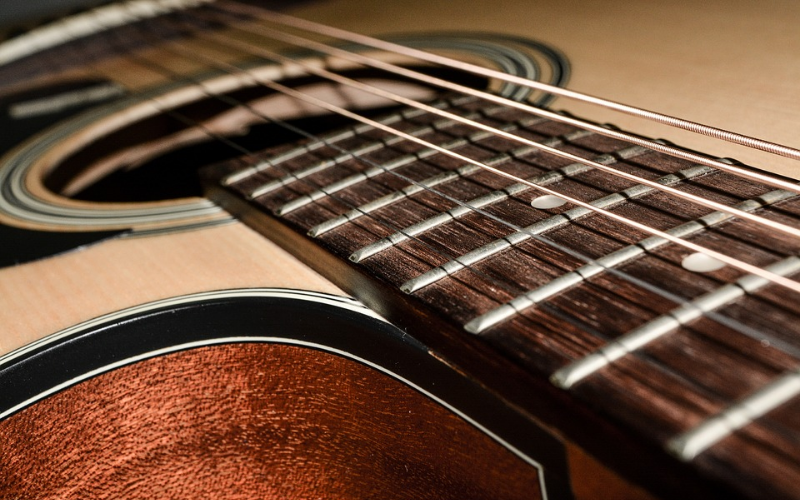 What Is Fretboard Radius?