There are very few instruments that capture the imagination of music lovers, like the violin. The violin and its cousin, the cello, are instruments for the romantics. For six hundred years, it has charmed us, and for some, has introduced them to a whole new world of music.

It crosses genres easily. And while it is still essentially an instrument for Classical music, it makes its contribution everywhere, even in Rock music.

Some have brought those genres together whilst still maintaining the violin’s Classical heritage. World-class superstars like Vanessa-Mae and Nigel Kennedy stay true to their classical roots. But they bring in more than a little of the “rock” world to their performances.

In the early days of learning, things can be tough. That is why finding some easy violin songs for beginners is important. Whatever people may say, this is a hard instrument to master, especially at first.

Stringed instruments can be challenging at the best of times. But with the Violin and others like it, you need to consider the bowing action as well. It can be a complex instrument with many things to consider. And ensuring the instrument, the bow, and associated fittings work well is just a part of it.

So let’s take a look and find some great music and songs to play for those just starting this great journey. We can divide it up into sections. 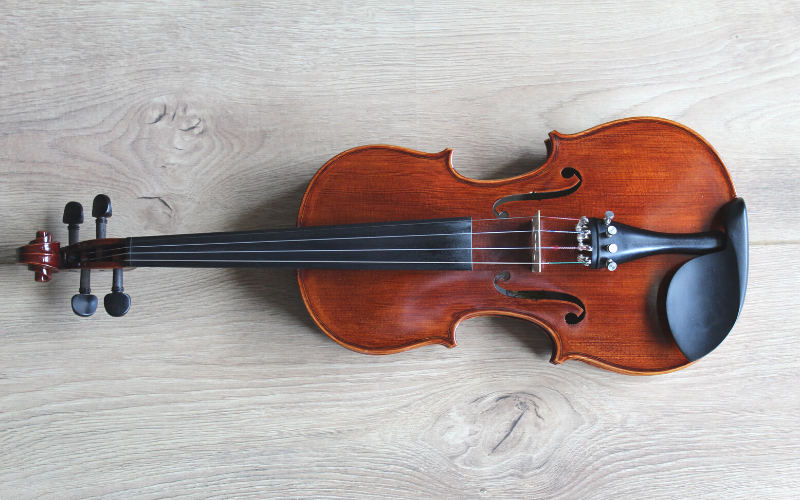 Early in the musical education of the young violinist should be songs that they are very familiar with. The advantage of songs like this is that they don’t have to “learn” them. They already know them and have more than likely sung them countless times.

So let’s take a look at some easy violin Nursery Rhymes and Children’s songs. We start with “Twinkle Twinkle Little Star.” The tune was purportedly composed by Mozart when he was very young. There are some disagreements about that, but I don’t need to go into that here. Regardless, here are some simple violin tunes.

The next group of songs revolves around Christmas. Always a time of people spending time together. The young violinist gets a captive audience to show off their developing skills.

I have tried to take a varied approach and included three up-tempo songs, a Christmas standard, and a western hymn. They all help the young player to begin to create different atmospheres as they play. The two up-tempo songs allow the student to begin to play at a faster speed. Although they might have to play them slowly to start with. 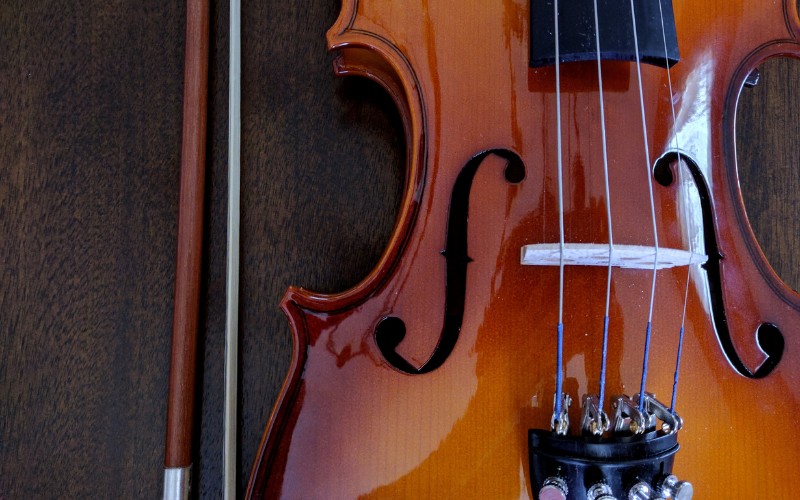 Although it has always been a Classical instrument, either in a full orchestra or string quartets, the Violin is incredibly versatile, and it has appeared in some far-ranging circles, especially in Folk or Celtic music. There it is affectionately known as the “Fiddle.”

From the Charlie Daniels Band to Shania Twain and even The Eagles, it has embedded itself in American country music. But it was around long before the first immigrants brought it to America and was a popular instrument in many countries.

Easy Violin Songs from the US

It is always good to be able to play some music considered as standard. Most of them were not conceived as violin pieces, of course. But many of them have melodies that make them easy violin songs for beginners that are quite fun to play as well.

As with nursery rhymes, they make great songs to learn for a starter. As there are so many, the student can choose whichever are their favorites. Being familiar with them and actually liking them is a great incentive for the student to learn them.

Here are a few suggestions for great songs for violin beginners.

If you are looking for some simple songs for a violin starter, then the movie themes are a great place to take a look. Some of the greatest music we have had over the years has been included in films. It isn’t hard to select a few for a young player to help with their development.

Once again, a few suggestions for movie songs that help learn the violin. 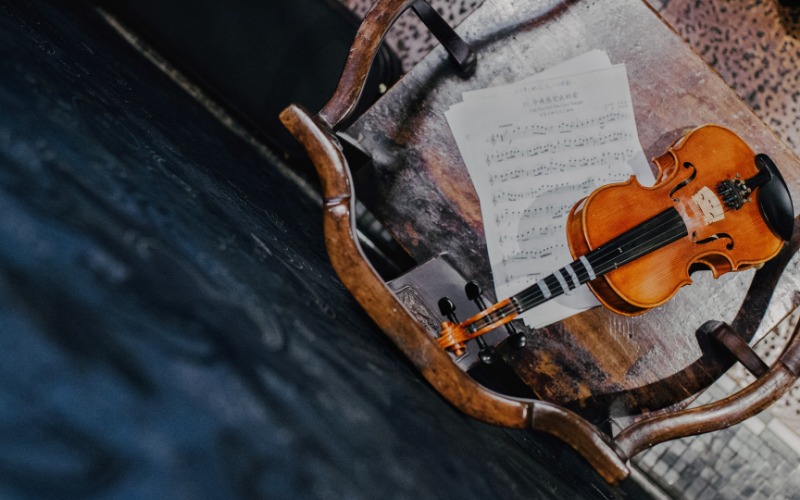 You can get a bit carried away when selecting some music from the modern era. We all have our favorites, of course, but when selecting for a starter in violin, they have to be suitable. The first on my list might be a strange selection in some people’s eyes. But I have heard this played on the violin, and it was stunning.

As a piece of music, it demonstrated how complex chord structures can be made to fit so easily. The genius of The Beatles, I suppose. Nothing like them before, and nothing since.

Also included is John’s “Imagine.” Well, it had to be. Far from making up the numbers, some other classics and a hymn that also became a pop classic, courtesy of Cat Stevens.

Ready For Some Classical?

This is always a daunting process introducing a new player to the masters. And, of course, you may want to leave the likes of Paganini and most of Tchaikovsky alone. Except for one possibility I have included here. But there are plenty of other great options.

Yes, you can. The very name will sound intimidating to a young student, but the German master wrote plenty of music that a beginner can play in a simplified form. I have included one here that is impressive and not too difficult.

You will often see pieces that have been adapted for the beginner, like the “Minuet in G” by JS Bach. These pieces introduce the new student to extra techniques like performing a “slur.” Two notes played with a single stroke of the bow.

As the final suggestion, I have included one of Mozart’s favorites. A little more technical, but certainly not out of the reach of a developing young player with practice. Let’s go back to the 16th century to make a start.

Thinking of Taking Up the Violin?

Unfortunately, you just can’t pick up a Violin, and away you go. There are things you will need to have to go with the instrument. Violins can be very expensive, but you can find budget models for beginners that are reasonably priced.

For example, this Mendini By Cecilio – Beginners Violins Kit. It includes a case and two bows. There is some Rosin for treating the hair on the bow, a tuner, and a lesson book. Great value. If you do just want to buy the Violin, a very good instrument is this Yamaha V3 Series Student Violin Outfit. Or maybe a good tutorial, such as Violin for Beginners.

Make your learning fun. That is something that applies to just about everything. But it is particularly applicable to something like learning the violin. As I said earlier, stringed instruments can be very difficult, and the violin especially so.

It is a sad fact that many young students drop out for a variety of reasons. That is inevitable, but that number can be reduced if the emphasis is placed on fun and enjoyment first.

The technique will come later once they have come to love their instrument. Choosing the right songs to practice is a very important part of finding that enjoyment. 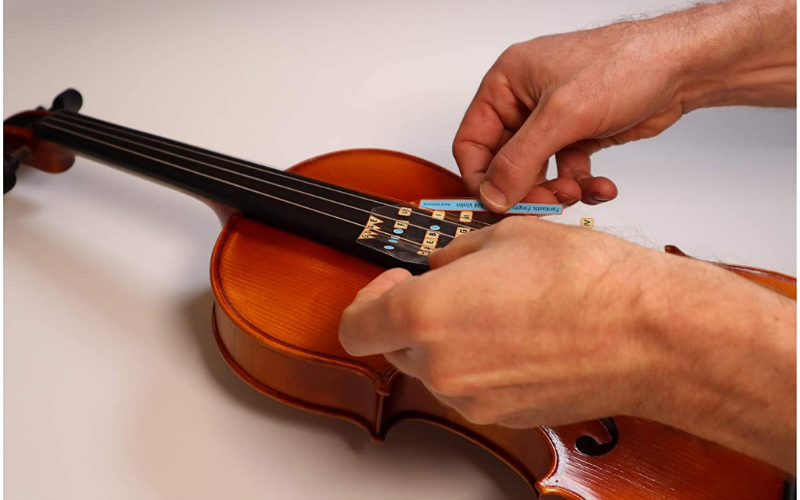 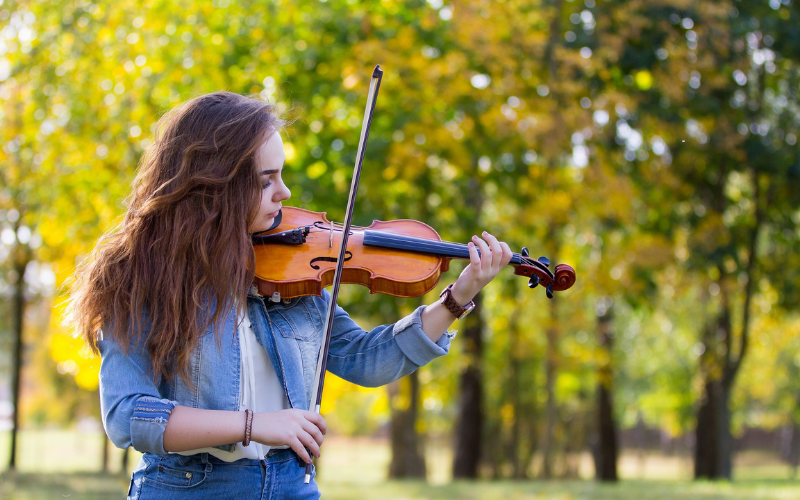 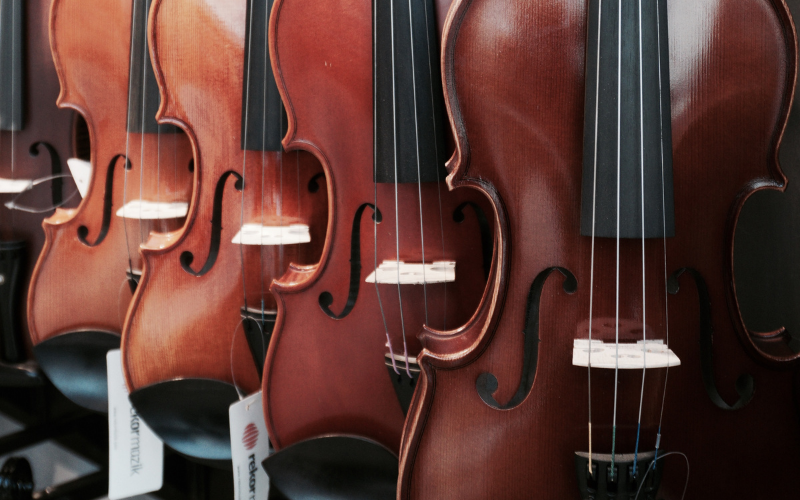