When Thomas Organ introduced the original Cry Baby Wah pedal, they planned to market it to trumpeters, even getting an endorsement from superstar Clyde McCoy. Meanwhile, it became a favorite of rock guitar greats like Jimi Hendrix and Eric Clapton.

In 1982, Jim Dunlop acquired manufacturing rights to the pedal from Thomas. The Dunlop GCB-95 Original Cry Baby Standard Wah is based on that classic design but with a few key enhancements. In the years since, the company has released dozens of models, including several signature versions, but the GCB95 remains their most popular and affordable model.

So, let’s take a closer look in our in-depth Dunlop GCB95 Cry Baby Standard Wah Review, but before that…

Founded in 1965, Dunlop Manufacturing’s first product was the Vibra-Tuner, a device that attached to a guitar and displayed whether it was in tune. The company moved to Benecia, California, in 1972. Their products include a full line of Cry Baby wah pedals, MXR, and Way Huge stompboxes, plus a vast selection of guitar accessories, including capos, picks, slides, and strings.

What is a Wah Pedal?

In case you’ve been living in a cave for sixty years, a wah (originally a wah-wah) pedal is a guitar effect that imitates the sound of the human voice mouthing a “wah” sound. The idea originated with jazz trumpet and trombone players who produced a distinctive “crying” tone by moving a mute in and out of their instrument’s bell.

Technically speaking, a wah pedal is a resonant filter with a center frequency that can be swept up and down by moving a foot pedal attached to a potentiometer. 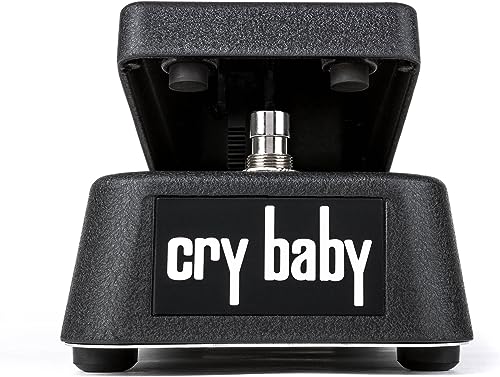 What Makes the Cry Baby Special?

The GCB95 is a modern interpretation of the original Dunlop Cry Baby design, retaining its sweet, expressive character but with a more accentuated wah sound and a more focused high end. It incorporates improved components for quieter operation and longer life.

It’s all in the inductor…

Perhaps the most critical component of any wah pedal is the inductor, basically a coil of insulated wire that works much like a guitar pickup. It’s at the heart of the variable filter circuit that produces the wah sound, so it has a lot to do with a wah’s characteristic tone.

The Cry Baby uses an Italian-made Fasel Red toroid inductor, and the tone it produces has been described as “smooth,” “singing,” and “more focused high end.”

The Cry Baby has a sturdy rack and gear mechanism that turns a special potentiometer to control the filter frequency. This mechanical system ensures a tight response with no slippage.

Most “pots” have either a linear taper, where each degree turned changes the resistance value by a constant amount or a logarithmic taper with most of the change at one end. The Cry Baby, however, uses a Beckman HotPotz II potentiometer with an S-curve response. This means that the value changes most in the middle and less at each end, giving the foot pedal a much more natural feel.

What Else Do You Need to Know?

The GCB95 Cry Baby has a true bypass switch, a significant improvement over the original models. It can be powered by an internal 9-volt battery or a standard external power supply. And it’s built like a tank, with a heavy-duty steel case that’s 10 x 4 x 2.5 inches.

Simple can be better…

Setting up the GCB95 couldn’t be easier. There are quarter-inch input and output jacks, and that’s it! Pressing the pedal all the way down toggles the bypass switch on and off. There are no other switches or controls to adjust. It’s the definition of plug and play! 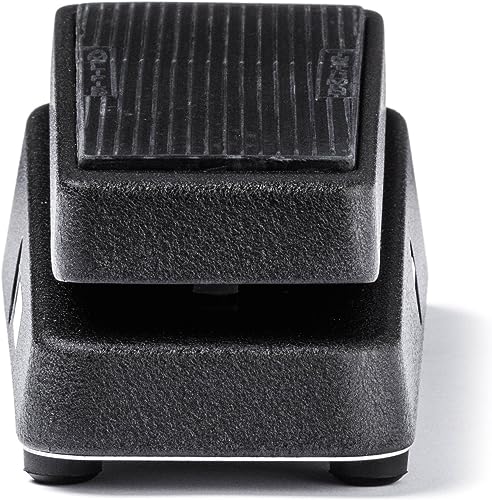 For the ultimate in tone control, the 535Q Cry Baby Multi-Wah features a six-position range selector switch, a variable filter Q control, and a switchable boost. For more information, check out our in-depth review of the Dunlop 535Q Cry Baby Multi Wah.

Looking for more fantastic pedals for your board?

If you’re not 100% convinced about the GCB95, then you might want to check out our comprehensive review of the Best Wah Pedals you can buy in 2022.

If you’re looking for a wah pedal that’s simple to use, responsive, sounds great, and can stand up to many years of hard use, you can’t do better than the Dunlop BCG95 Cry Baby Standard Wah. It’s consistently at the top of every Top Ten list. 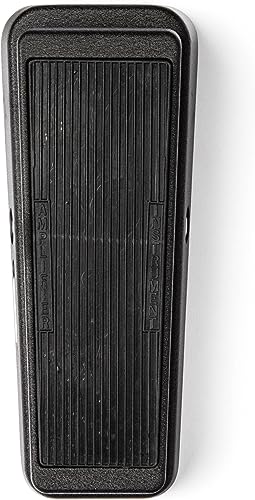 Sometimes mistakenly described as the “original” Dunlop wah, in fact, this pedal has a more modern voicing. If you’re looking for the original 60s sound, then the BCG95F Classic Wah would be your first choice.

To find out more about John and our other writers, please take a look at our About Us page.