Acoustic-electric guitars are a common sight these days, but the subject of this Daisy Rock Pixie review is a unique example. We have had acoustic guitars for a very long time, but it wasn’t until 1936 that a guy called Charlie Christian strapped a pickup to his. He was in a jazz combo, and they wanted him to play some solos. He couldn’t be heard, so the answer was quite simple, really.

You could say the idea has caught on since…

But it hasn’t always been a great success for many reasons. The problem most of the time is the feedback issue. Big booming dreadnoughts are great acoustically, but they don’t tend to take to a pickup very well. Mic them up, they are better, but for some, that is not what is needed.

For those acoustic/electric instruments that were leaning more towards the electric side, the body was made smaller to reduce potential feedback. This, of course, affected the tone, amplified or not — a big dilemma. But if you are willing to accept it is going to have some drawbacks with sound, then the acoustic-electric is a good buy.

They come in all shapes and sizes these days, but they are often a bit cumbersome and not suited to young people, and in some cases, to girls. However, someone has done something about that. Welcome to Daisy Rock!

But before we take a closer look at them and this instrument, let’s just remind ourselves about…

Girls in Music & Girls in Rock

Before we start this short comment about the fairer sex, let us be clear. We are not talking about the Spice Girls and the like and other insults to our sanity and to music in general. We are talking about musicians and singers.

It is not a new idea of having girls in music though it feels like that. Going back to the 1930s, there were all-girl bands and singing groups. They have been around a while. One of the great movies, ‘Some Like it Hot’ was about an all-girl band (well apart from Tony Curtis and Jack Lemmon).

Jazz seemed to be fine, but Rock music… oh no, perish the thought. That was the view adopted by some. 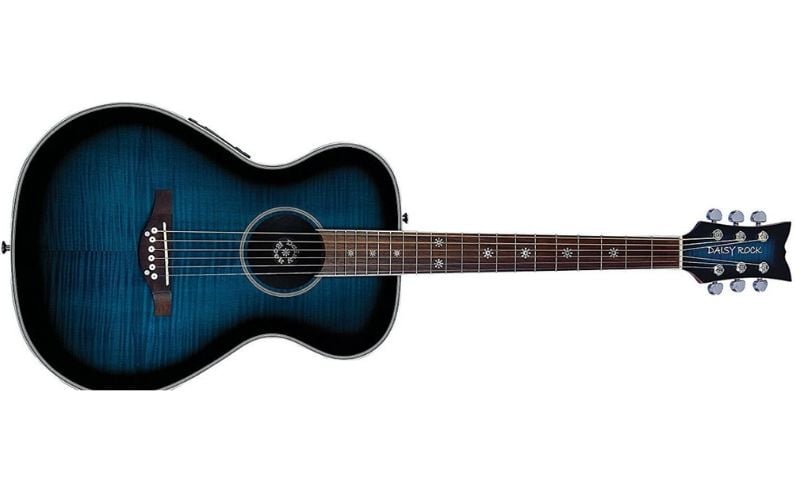 Mary Ford with Les Paul and others forged a playing path through Country and very soft pop. On pop and rock though, girls singing was fine but playing the guitar…sorry.

Joan Baez and Joni Mitchell began the change. Then we went through Suzi Quatro, The Runaways, Joan Jett, and a bit later the Bangles and dozens of others. Now they are just as crazy and talented as the men in many ways. Some of them have gone further, saying to the men, “you wanna be loud… we’ll show you loud”.

But they need somewhere to start and that at times could be difficult if for no other reason than physical size. As we say, welcome to Daisy Rock. 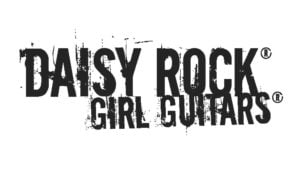 Founded in 2000 by Tish Ciravolo, they are a subsidiary of music company KMC. They produce guitars, basses, and ukuleles. Tish was a rock musician and played bass in a number of bands. Inspired by her first sight of Suzi Quatro, she still plays but is now as much involved in getting young girls into music. Preferably with a guitar in their hands.

She founded Daisy Rock with the goal of ‘leveling the playing field’ for the girls. They create a complete range to cover most music genres, but all designed very much with the fairer sex (and sometimes louder sex) in mind. Good for her, we say. The Dixie Rock Pixie is one.

So, let’s find out what it is all about… 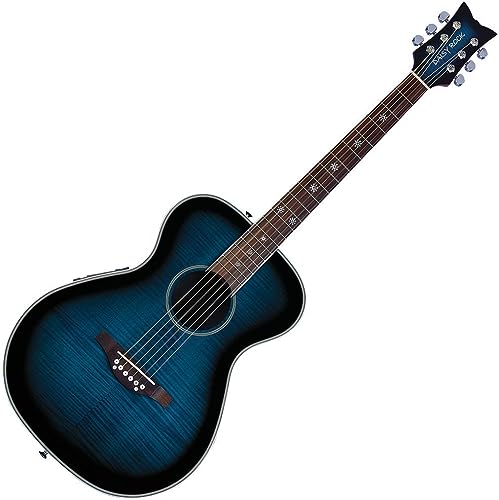 This is a full-size guitar that is unashamedly designed for girls. Actually probably very young girls, although it can be used by boys, of course. It is lightweight and has a slimline neck making it suitable for small hands and fingers to be able to cope. It has a piezo preamp and pickup so it can be plugged in and an onboard tuner. Everything that is basic is therefore included.

It has a slightly smaller body, which makes it easier for the young student to hold. It comes in a variety of colors, but we will be looking specifically at the Blueberry Burst design.

This guitar has a design that is going to mostly suit the young girl player – nothing wrong with that. If they find the full-size ‘male-orientated’ instrument too big to cope with, then this is perfect.

What is important is number one, they learn to play. And number two they learn good technique. They can only get the technique right if they can actually play it. If the guitar is too big, then poor technique will creep in.

They will want to get a note or chord to sound nearly right. That is no good in the long run, which is why guitars like this are so important for young people.

It has a fairly standard look though slightly smaller as we said, and weighs just under five pounds, so it is nice and easy to hold. It has a Spruce or Flamed Maple top, both good materials, of course, for the top wood.

But then it takes a different design route. They have not gone for the usual wooden back and sides, such as Mahogany, for example. They have decided to follow the lead of Ovation and used a composite plastic back. This is with a standard looking curved design that makes the back and sides one piece.

There are differing opinions about the composite back to a guitar. But you can’t argue that the Ovation guitars have a great sound. The inclusion of a composite back to this guitar might not produce an Ovation sound, but it will not be a bad sound. It is also very stable and will not deteriorate or be affected by some of the problems that wood faces.

The top is finished in the Blueberry Burst color scheme, which gives it a nice attractive, and bright look. It has a classic white edging and a simple rosette design around the soundhole. It also has studs for holding a guitar strap.

They have done a decent job with the design and build quality. But importantly, we think they have made a good choice with the composite back. The shaped, curved back means there are no awkward edges or corners when they hold it.

It is important for a young player to be able to hold the guitar. But then when they are holding it, the neck has got to be playable, a design issue some guitar manufacturers seem to forget at times. All our hands are not the same size, and the neck for the smaller hand needs to be designed especially for it. 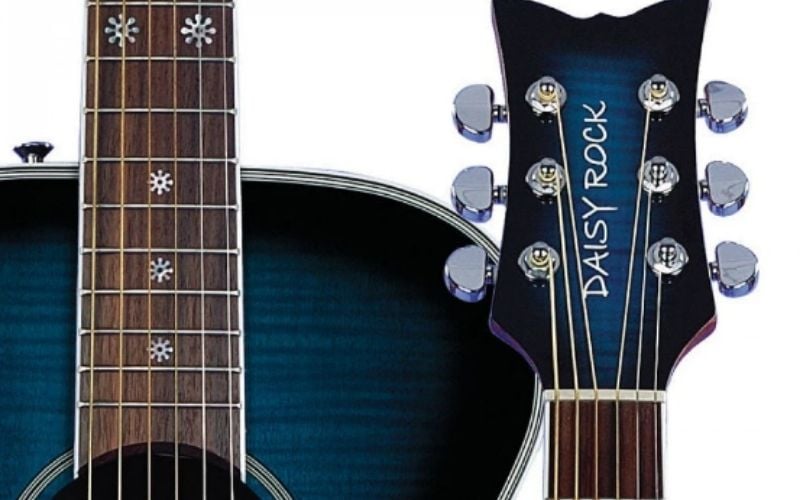 This guitar has got a super neck for those with smaller hands. It has a slim design and is quite narrow. And has a very tasteful white edging on both edges of the fingerboard for the full length. It might not suit an adult, but it will be great for a young girl.

The neck is made from Mahogany, and it has a Rosewood fingerboard, so quality materials are used. The scale is 25.25 inches, and it has 20 frets. Instead of inlay dots, there are daisies which are not very ‘heavy rock’ at all. In fact, they might be a ‘bridge too far’ for the older players. But they will delight the youngsters.

Up at the top are the six custom chrome sealed tuners, each adorned with a Daisy logo — nothing fancy here. Just there to do the job they are designed for and keep the guitar in tune. There is a plastic nut. The bridge is a very standard design made from Rosewood with dotted pins. All very plain and simple but also efficient.

The inclusion of electrics to make this an acoustic/electric is a good idea. Kids, when they are learning to play, want to sound like their heroes. Plugging in can take them a stage further towards that. 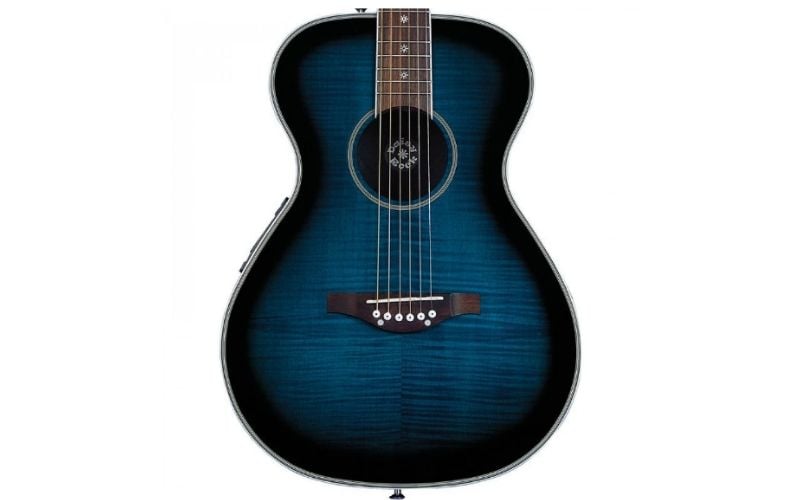 This system attached to the Pixie is simple enough. Just a basic piezo preamp and pickup system designed with Fishman. It has a master volume, 3-band EQ, and a built-in tuner, which is a nice addition. The controls are located in a convenient position on the top of the guitar.

Well, we don’t think it will win too many awards for the quality of its sound, but it is adequate. If we were to describe it, then the best way would be to call it a cheap Ovation, because of the similar design and materials used.

The tone is reasonable without getting too excited. It lacks a bit of bottom end if we are to be critical, but that is nit-picking. It actually sounds better to us when it is plugged in, which is not always the case with acoustic/electric guitars. The verdict then is a decent sound and way more than adequate for a starter player.

Well, we have already answered that previously. It is lightweight and sits comfortably on the knee. It is also nicely balanced, so it feels easy.

The neck is a high point with its very slimline design. Making it easy for smaller fingers. With this neck, they will have no problems in adopting the correct techniques, which will serve them well in the future. It feels comfortable and easy to play, and that is exactly what you need for someone starting out or improving.

You may also be interested in our in-depth reviews of the Best Acoustic Guitar Strings and the Best Guitar Cables crrently available.

We like this little guitar, and we also like the philosophy behind its design. We happen to agree with Daisy Rock when they say they are trying to’ level the playing field’. And this guitar helps to do that.

It is well-made in China, as most budget guitars are these days, and has an attractive finish and a good design. It doesn’t come with a gig bag, although one is available.

As far as we can see, there is only one potential downside. It is a little more expensive than you might pay for another starter guitar. But very few of the competition have the look and the ‘I want to play it’ factor of this guitar. This, in our opinion, makes this well worth the extra you pay for it.

It is a good guitar and is sure to inspire any young guitarist to keep on playing it, which is, after all, the most important thing. 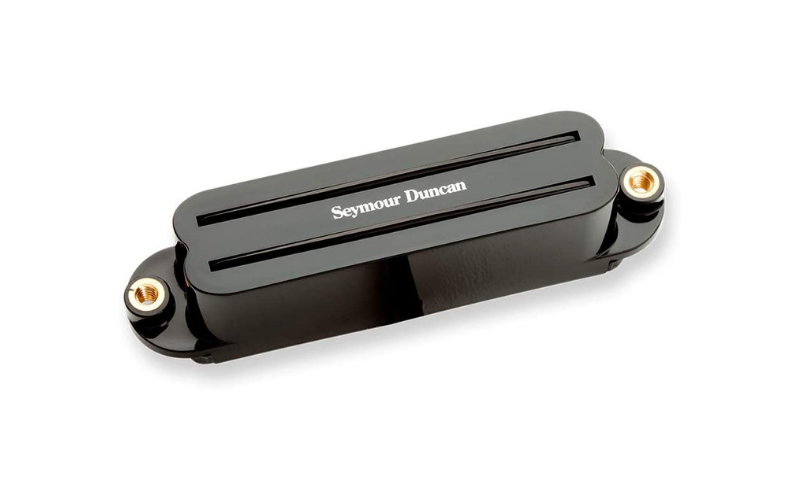 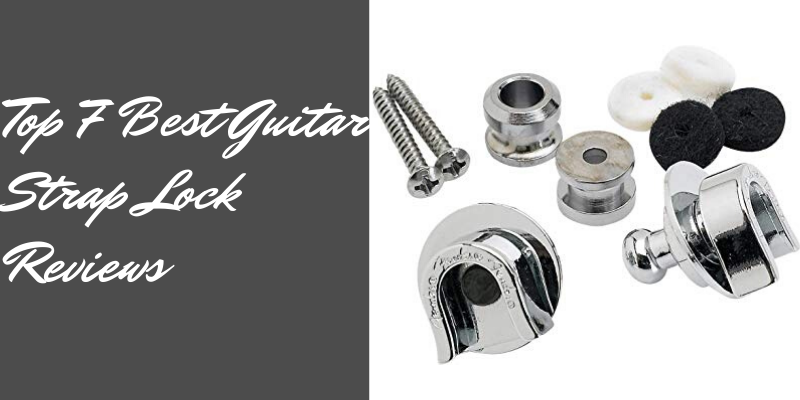 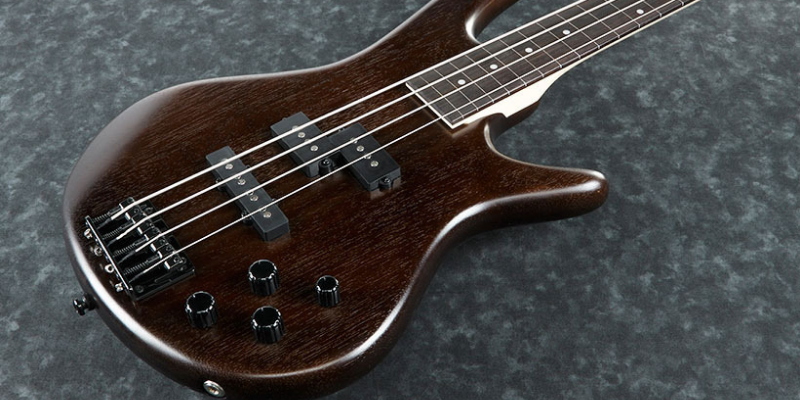