Home » Speakers » Can I Use a Soundbar as a Center Channel?

As you delve deeper into the audio and technology world, it is natural to experiment, hoping to increase your equipment’s capabilities. It could also be a cost-efficiency factor. As some of the equipment isn’t cheap and making use of other components could save some cash.

Given the size, shape, and where it’s usually positioned, you might think that connecting your soundbar as a center channel could work. It is possible to connect a soundbar to a surround sound receiver, but should you?

Check out my in-depth guide to discover how soundbars operate for a better understanding of your equipment’s capabilities. So, let’s get started and answer the question, “Can I Use a Soundbar as a Center Channel?” 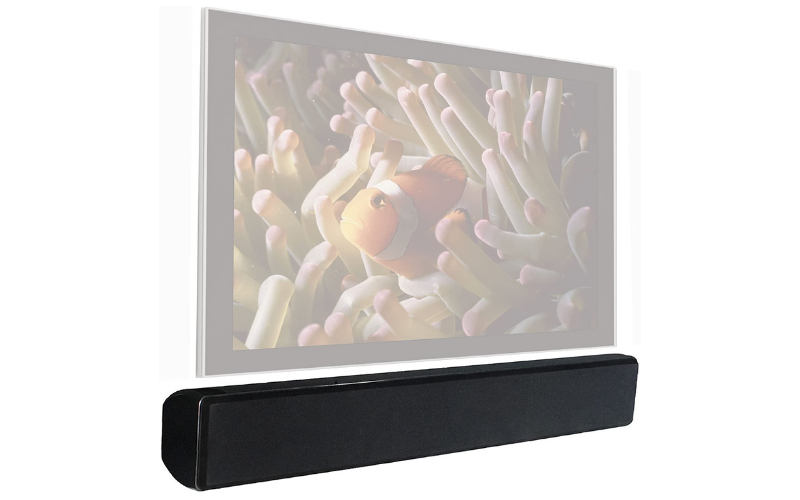 At first appearance, a soundbar can look very similar to the center speaker you would find in a surround sound system. Appearances are probably where the similarities end, though, as the internal components are completely different.

The large majority of soundbars are “active soundbars.” This means that they contain their own amplification and processing onboard. Another difference is the direction the speakers face within the enclosure.

Both the built-in amplifier and processor within a soundbar are optimized to produce the highest quality sound capable. Most soundbars are three channels combined into a single enclosure, being a left, center, and right channel.

The positioning of each of the speakers in a soundbar create a virtual surround atmosphere. Combining the amplifier, processor, and speaker position, simulates the immersive experience you are trying to achieve with your receiver.

Due to a soundbar being three channels instead of a single channel, there can be conflicts. There are two different options to connect a soundbar to a surround sound receiver.

Connecting as a true center…

There is no way to prevent your soundbar from doing what it was designed to do. By connecting to a receiver as a true center channel, your soundbar is going to treat that signal the same as a multi-channel signal.

It will try to amplify and send the audio around the room using its virtual surround sound techniques. This will result in both effects and dialogue blending together, making them less clear and immersive.

In theory, connecting three channels seems like it should work. Surprisingly, this can result in an even worse scenario than connecting to a true center. That is because the left and right channels will be out of phase with the center channel.

Have you ever used noise-canceling headphones? They work by calculating the sound wave required to cancel out background noise. This is what happens in this situation, with some sounds being made unintentionally softer and others becoming louder. 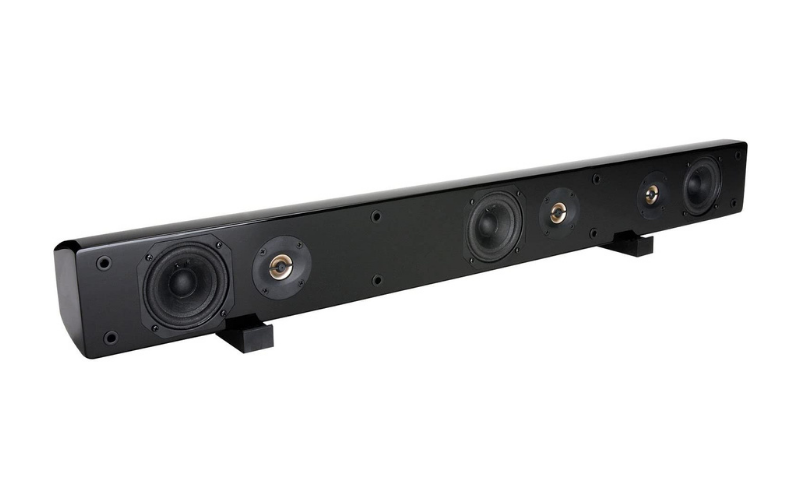 Because most soundbars have an amplifier built-in, this can also cause even further issues, including equipment damage. A surround speaker, possibly with the exclusion of a subwoofer, connects to a receiver using only speaker wire.

Your soundbar most likely requires a power source. This is because the audio signal coming from your TV is only very weak. If you connect a speaker directly to the TV without any amplification, the audio would barely be heard, if at all, even at full volume.

This is why the audio signal from a TV usually requires passing through an amplifier or receiver before reaching the speakers. The external power source of your soundbar is going towards the internal amplifier.

By increasing the power going towards the speaker using an amplifier, both the signal and volume are increased. However, adding an internally amplified speaker to an already amplified signal can create an excess of power.

When less is more…

You might be thinking that more power is better. Well, that’s not always the case, and that’s especially true here. The speakers within the soundbar are designed to only handle the power supplied by the internal amplifier.

Increasing the amplification can result in heavy amounts of distortion. As a result, this can damage the speakers inside the soundbar. With enough power, you can cause permanent damage to not only the soundbar but also your receiver.

So, can I use a soundbar as a center channel? If you have an active soundbar, the answer is, “yes, but you shouldn’t.” 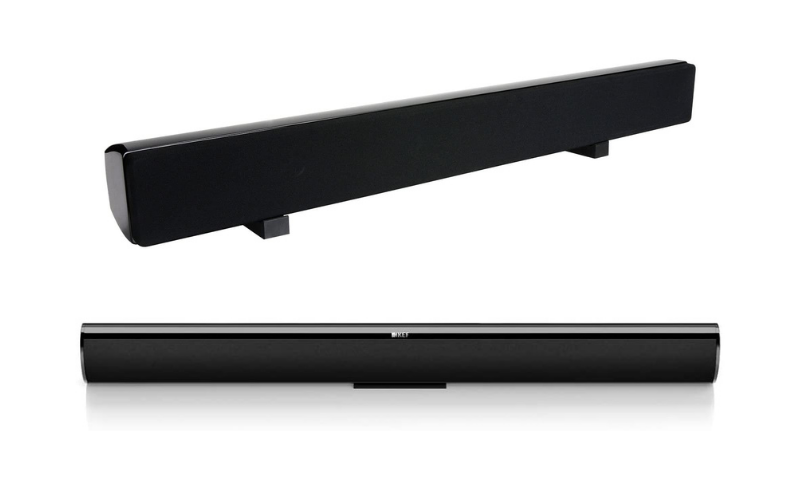 A passive soundbar is similar to an active soundbar, only that they require external amplification. They are far less common than active soundbars. Generally in either two-channel stereo or the more common three-channel left, center, and right.

This now breaks all the rules we just covered, as a passive soundbar requires a receiver or amplifier to operate. If you have a smaller room, this might be a good consideration for you as soundbars offer a sleek and compact design.

Because passive soundbars have been designed for use with receivers or amplifiers, they can safely be used and will produce a high sound quality. Both two and three-channel models will have a dedicated line for each channel, making them easy to connect to a receiver.

To give you an idea of what’s available, I have included some recommended passive soundbars.

This soundbar from Dayton Audio is great for limited space home theater installations. The high-gloss black lacquer finish adds a touch of class and blends well with most TVs. It uses separate left, right, and center channels to connect with most receiver models.

Stands are included for positioning on any flat surface, or they can easily be mounted to the wall. Hardware for wall mounting will need to be purchased separately.

Suitable for TVs 32 inches and larger. The slimline KEF HTF7003 passive soundbar comes with both wall mounts and a table stand. It features dual 2-inch woofers and a 19mm HF driver across three separate channels.

It features gold-plated, spring-loaded terminals at the rear of the soundbar. This makes connecting speaker wire simple with maximum conductivity and less chance of corrosion.

Looking for a Great Soundbar or Other Speakers?

We can help you find what you’re after. So, check out our comprehensive Klipsch R-10B Review, our Sony HT-S350 Soundbar Review, our Definitive Technology BP9020 & CS9040 Plus Center Channel Speaker Review, and our Fluance Signature Series HiFi Review for awesome audio you can buy in 2023.

Can I Use a Soundbar as a Center Channel – Final Thoughts

The easiest way to tell if you own an active or passive soundbar is by checking if it has its own power source. Although active soundbars can act as a center channel, performance won’t be great. And you could even risk damaging your equipment.

If you like the idea of a slimline and compact soundbar in place of left, right, and center speakers, it is possible. It’s a great idea for anyone with limited space.

So you can use a soundbar as a center channel. Should you? Only if it’s a passive model without its own power source. 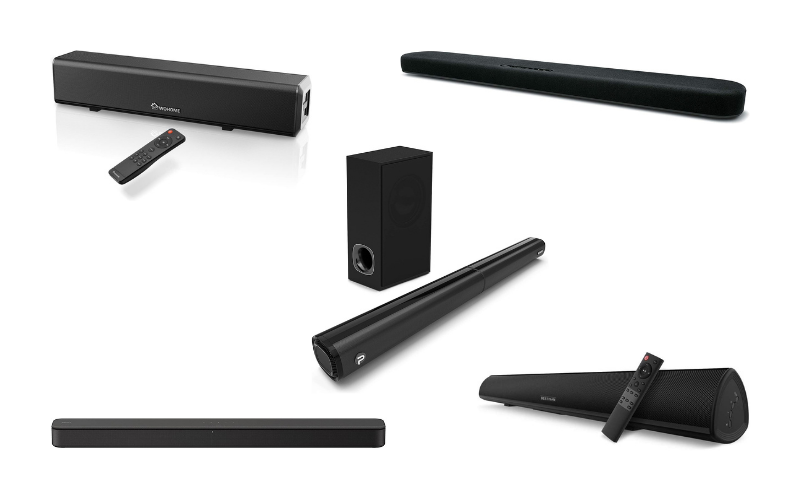 Top 5 Best Cheap Soundbars for All Budgets in 2023 Review 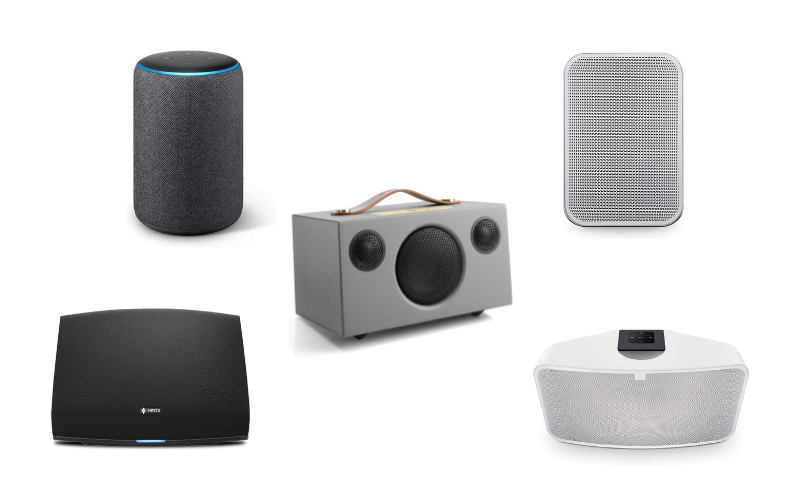 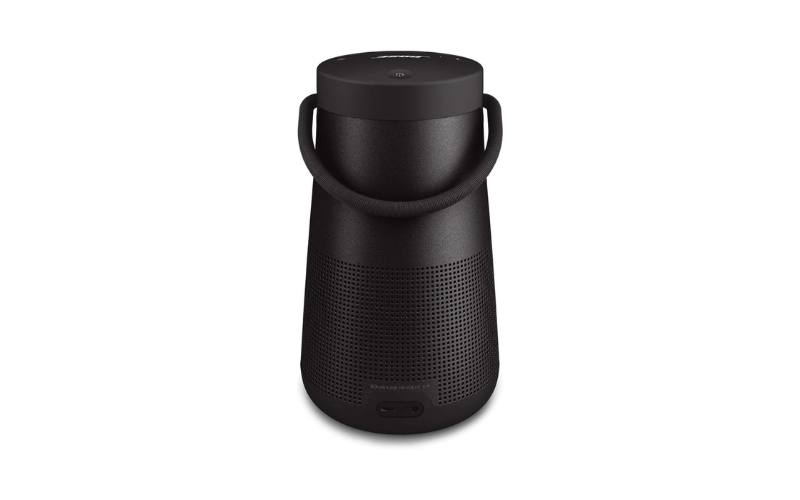