For me, Dean Martin was always a bit of an enigma. My mother adored him, and my much older sister bought his records, along with others. But I just didn’t get it.

That said, he has remained one of America’s most loved entertainers amongst a certain demographic of the population.

Dino Paul Crocetti was born in Ohio in 1917. At different times he was an actor, comedian, singer, and sometimes, all of them at once. He acquired the nickname “The King of Cool.”

He started his career effectively working with Jerry Lewis in a comedy duo. Although, it must be said Lewis was the funny one and Martin his stooge. Once that had run its course, he turned to singing. And, it is for that he is most remembered.

He appeared in films, although he wasn’t a real “actor.” And he was just as famous for being part of the infamous ‘Rat Pack’ that included Sinatra and Sammy Davis.

As I have mentioned, he was a bit of an enigma in many ways. He wasn’t a comedian, although he had a nice sense of humor and could easily cut a good line occasionally. Likewise, he wasn’t an actor but always seemed to help to fill the cinemas.

And, if we are honest, he didn’t have the greatest voice around at the time either. You could call these limitations with some people, but it seems not with Dean Martin.

He had something a little bit extra that you couldn’t quite put your finger on. I suppose you could call it “old-fashioned star-quality.”

He released 108 singles, 33 studio albums, five box sets, and 30 compilation albums. Not bad for someone whose limitations I have just considered.

And, it must be said, some of those songs are still very popular and being played today. So, let’s have a look at some of the best Dean Martin songs of all time, starting with… 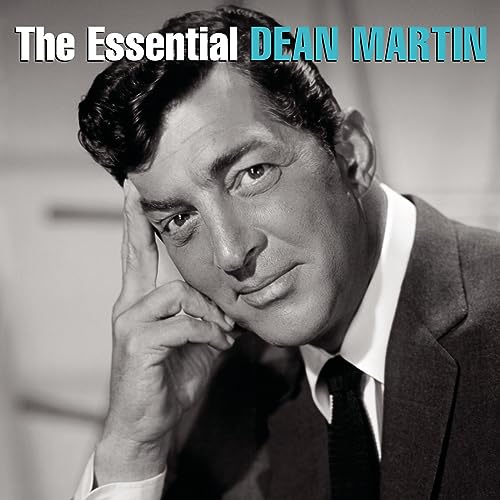 This song was originally composed by Sam Coslow, Irving Taylor, and Ken Lane in 1947. It was recorded by several people without much success. Dean Martin had sung it a few times in his appearances on the Bob Hope show.

So, when they had an hour to fill at the end of a recording session, he was asked to give it a go. Good idea; it became his first hit record in six years. But, there is an amusing tale to this release.

It seems that Mr. Martin had a problem with The Beatles. He seemed to have developed a resentment from somewhere. He ‘vowed’ to knock them off the top of the charts. Although, he didn’t identify whether that meant in the UK, where they were a permanent fixture, or in the US.

In the UK, forget about it. But he did in America, with backing from “Parents of America.” It seems the “parents” didn’t stick around too long. Deano went rather quiet, and The Beatles’ “invasion” was completed.

His comments did cause a bit of a stir, which detracted from the quality of his release in some quarters. That was a shame. It was a good song that suited his style, and he did it well. I expect The Beatles just smiled.

Another song Dean Martin is famous for. It started out being called “Nel Blu, Dipinto Di Blu” but was changed at some point to the easier to say “Volare.” In English, “volare” means simply to fly.

His version was a cover of the original that had been written by Domenico Modugno and Franco Micliacc. Dean Martin released the track in the same year. It became one of those memorable signature Dean Martin songs for many years. 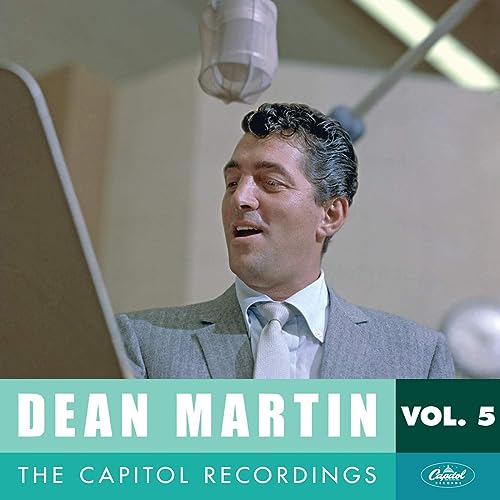 This was a song that was originally written for Rosemary Clooney and released in 1954. She had a hit with it in America and France but scored in the UK, where she had a number one. She was popular on that side of the pond.

Dean Martin released it in 1955 but didn’t enjoy the same success. Nevertheless, it has remained one of his most popular recordings and is still popular today. 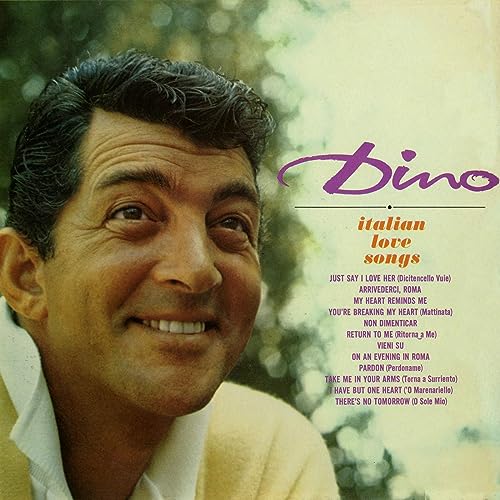 This was another late 50s success for Dean Martin, reaching #4 in America and #3 in the UK. It was first released in 1958, but he recorded it again and re-released it on an album in 1961.

The song was written by Carmen Lombardo and lyrics by Danny Di Minno. It was also later recorded by Dean Martin’s daughter, Deana. 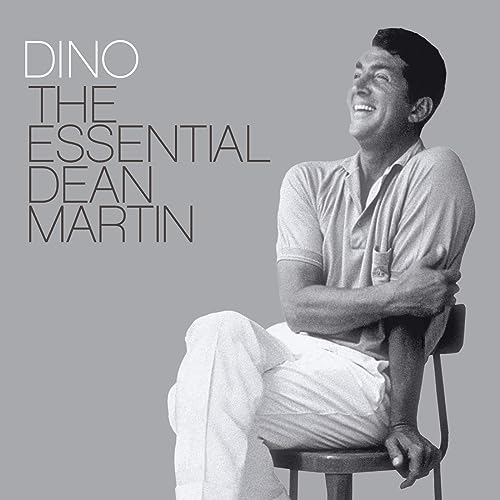 Composed by Jack Brooks and Harry Warren, this has long been a favorite of Dean Martin’s fans. Another successful single often performed on his TV series in the 60s.

A typical Dean Martin performance with a relaxed style and the nonchalant delivery he became known for. 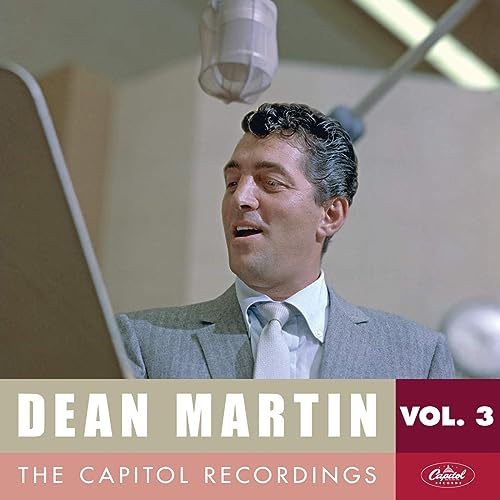 Dean Martin, along with his buddy, always seemed to like to remind everyone of his Italian heritage. I am not exactly sure why. Perhaps it added a little mystique to his image. This track features him in another light as he sings part of the song in Italian. 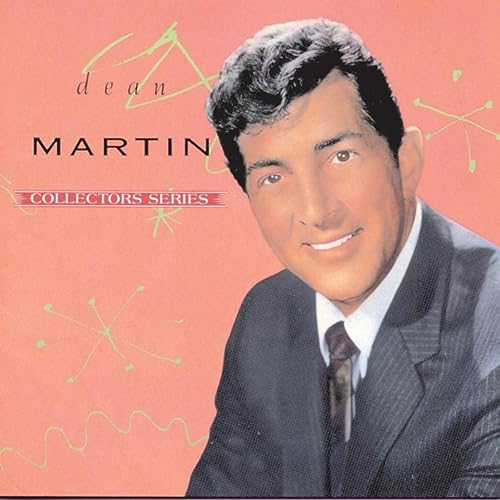 This is a song written by Jimmy Van Heusen with lyrics by Sammy Cahn and featured in the film “Ocean’s Eleven.” It was also a track on his album, You Can’t Love ‘Em All.

This is, in many ways, a different type of Dean Martin song. One reason for that is that it is performed using a big band that is conducted by Nelson Riddle. He is an orchestrator who knew a thing or two about getting the best out of a song.

Strangely, this song was never released as a single but was always included on albums. Nevertheless, it became one of the most well known Dean Martin songs. A big favorite amongst his fans and a big moment in his live performances.

You’re Nobody Till Somebody Loves You (1964) 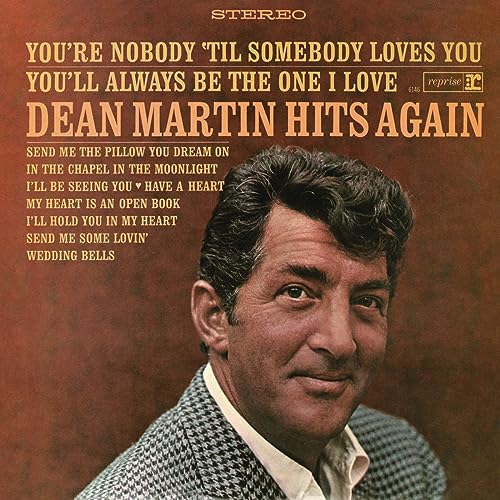 This is arguably the most popular Dean Martin song. Always a favorite amongst his fans, he would have been disappointed that it wasn’t a bigger hit than only #25 in the charts.

By the time this came out, the record-buying public had their eyes on other things. He and his friends were still attracting a huge following in Las Vegas. But, elsewhere, a different generation saw them as the “old-guard crooners.”

The song was written by Russ Morgan, Larry Stock, and James Cavanaugh, and released originally by Morgan. For Dean Martin, it is a song that is considered “his,” and rightly so. 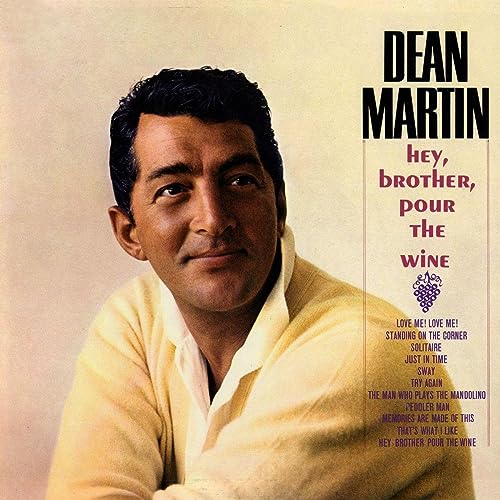 This was one of his big records and is considered one of the Best Dean Martin songs of all time. It was, of course, successful in America. But, it also reached #1 in the UK. His only British number one record. A song with plenty of nostalgia about memories, a subject that most could relate to at that time.

His immense popularity amongst a solid fan base was and still is very prevalent. But, for the period from after “Somebody” to 1968, he was struggling to get a song into the top 20. Thereafter, he couldn’t even seem to make the top 100.

He released his last single in 1973. It had been two years since he had even been able to get top chart single in America. Even longer overseas except for one rather strange 1968 anomaly. 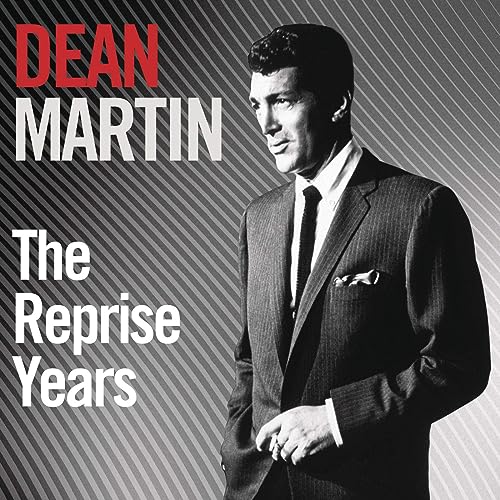 In 1967, Glen Campbell released “Gentle On My Mind,” a year after Dean Martin released his version. Some will disagree with this, but I happened to think that Dean Martin’s version is at least equal to Glen’s.

It bombed out in America, not even making the top 100. But, it went to #2 in the UK. It was a song that you could say was almost written for him. He ‘crooned’ his way through it at an easy pace that was just so good to listen to.

“Gentle On My Mind” was on Frank Sinatra’s Reprise label. Whether the other major labels had given up on him by then, I am not sure.

Frank wasn’t going to dump his old buddy. But, they must both have realized that it was over at that point. There were new kids on the block, and the world and the music had changed.

He kept an army of fans and was still a popular guest on TV and, of course, in Vegas. But, the recording scene had finished for him. However, we should be thankful he left us with some great recordings.

Amazingly, despite how many single releases he had, only “Everybody Loves Somebody” and “Memories Are Made Of This” were number 1’s.

If so, take a look at our detailed articles on the Frank Sinatra Genre, What Genre are The Beatles, What Instrument Did Louis Armstrong Play, Famous Saxophone Musicians You Should Know, and the Best Jazz Musicians of All Time for more fantastic musical selections.

The Best Dean Martin Songs of All Time – Final Thoughts

An interesting life. That is one way you could describe what he had. He had his share of tragedies, including the loss of a son, which affected him deeply. He smoked far too much and also drank too much. In his later years, he was seen to be drunk on TV, especially during his popular “Celebrity Roast” program.

Ironically, he could still do the business when he sang. I suppose he just went on autopilot. He died on Christmas day in 1995 of the effects of smoking and a lifestyle I doubt he would have changed. Deano wasn’t about to change anything. He was 78. But, he had one more little surprise left for us.

He went back into the charts in 2020 posthumously. He had released this song on three different albums, but it saw its greatest success in 2020, reaching number 8. It was a fixture on the radio over the Christmas holiday and was included in TV adverts. It is still “occasionally” played today.

The last word went to the Italian-American from Ohio. Possibly one of the last all-around entertainers. Raise a glass to him tonight. He would have liked that. 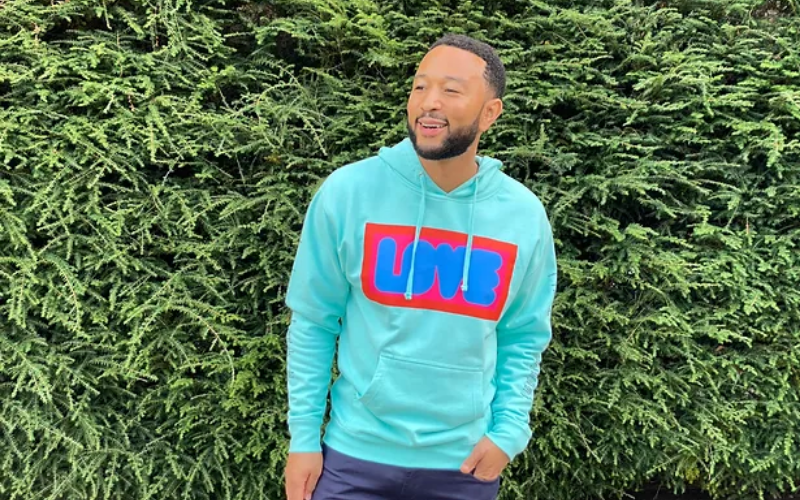 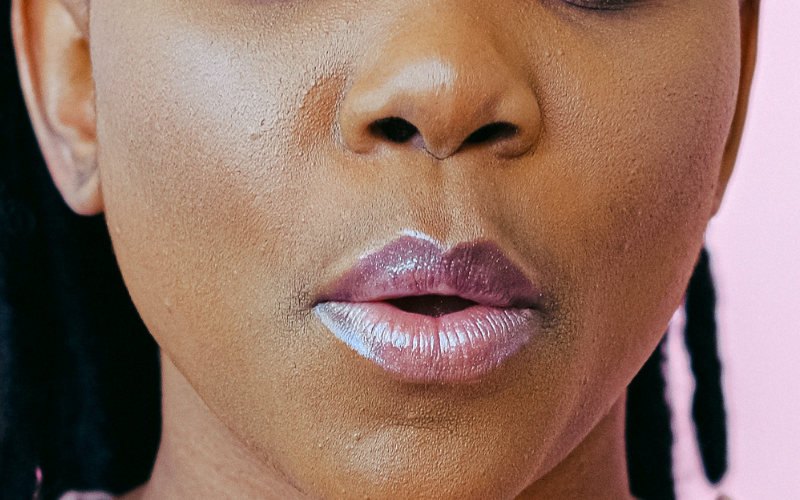 Top 17 Songs With Whistling In Them

The 12 Songs About Wolves