Almost any Canadian musician or singer can attest to owing a debt to Anny Murray. She is considered to be the first female Canadian artist to pave the way for international success for those who would come after her. Many of them might be names you know like Celine Dion, Shania Twain, and k.d Lang.

But what are the Best Anne Murray Songs Of All Time? Let’s find out, but before that… 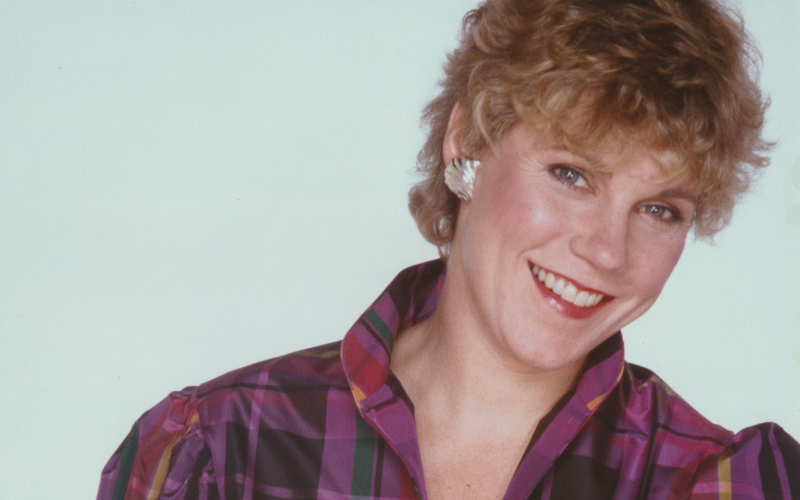 From an early age, Anne expressed a love of music as well as a talent for it. She took piano lessons as a child and sang in school and university performances throughout her early years. Including a student record while she was teaching Physical Education at the University of Bushwick.

Eventually, she would move to Toronto to record her debut album and take the world by storm. In 2010 Billboard named Anne Murray 10th on their list of the 50 Biggest Adult Contemporary Artists Ever.

So, let’s go through my picks for the best songs by Anne Murray, starting with…

Just Another Woman In Love 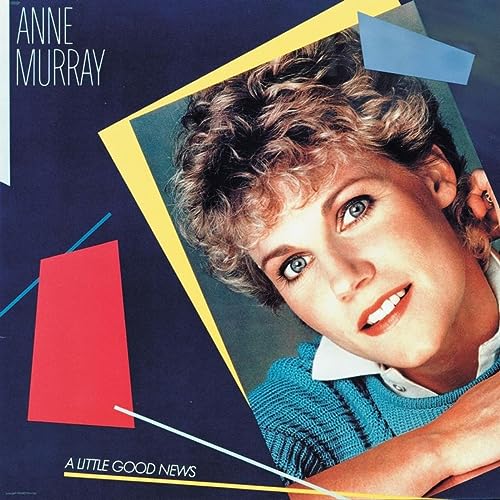 Written by Wanda Mallette and Patti Ryan, “Just Another Woman In Love” was released as the third single from A Little Good News. An album that would go on to be certified gold.

Some songs will never go out of fashion. And songs about love are probably the most abundant out there. Yet, when an artist can impart a small portion of what makes them who they are into a performance, they can give an old theme new life.

Despite the title, this song can be of value to any male listener and probably has been by reckoning. Expressing the process and sensation of falling in love is as vital to the human condition as breathing.

This number rolls along on a medium to slow and steady rhythm. The simple violin, acoustic guitar, and well-recorded drums make for a perfect accompaniment to the soft and gentle performance that Murray delivers.

Don’t go looking for vocal flourishes here; just lay back and let this one take you. This song was Murray’s eighth #1 hit on the Billboard Country Singles chart. It spent a total of twenty weeks on the chart.

Album: Talk It Over In The Morning 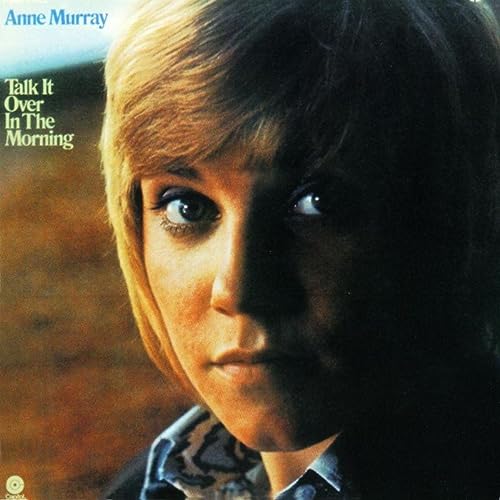 Indeed, record labels will often have an artist do a cover song on an album to increase the potential shot at a hit, especially if you pick songs that were initially popular.

That was probably not the case with “Cotton Jenny” since Murray was a huge star by this time. The song was only a year old, though, originally released on Gordon Lightfoot’s 1971 album, Summer Side of Life. “Cotton Jenny” was by no means obscure, but it got huge when Murray got hold of it.

This was the first single from Anne Murray’s fourth album and quickly became her fifth Country chart-topping single in Canada. When you merely try to imitate, you fail; when you make it your own, you create ripples in history that last a lifetime.

He Still Thinks I Care 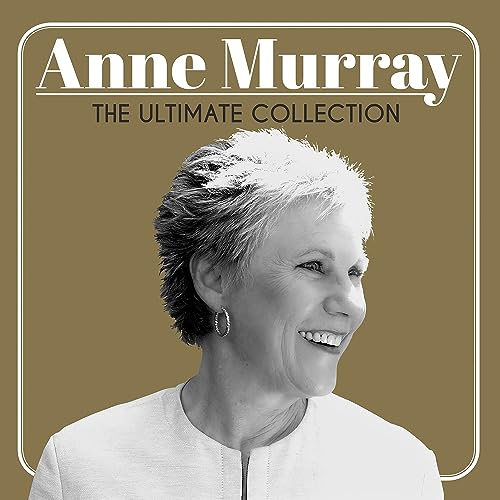 This one has been covered by numerous other artists, including George Jones, Elvis Presley, Ronnie Milsap, Glen Campbell, and Cher. But, for me, this version is one of Anne Murray’s best cover songs.

Many of the other versions imbue the lyrics with anger and resentment. However, Anne’s approach was different. The slower tempo and softer sound made for a different feel. The pain is more subtle when Anne describes it when she reminisces about old times while visiting old haunts.

There’s still enough of a Country beat to this one to satisfy the country fans. But, the blending of more contemporary elements made this song have a much larger appeal, which is what drove its success.

Anne had a #1 with “He Still Thinks I Care.” And it has been featured on numerous greatest hits compilations, as well as staying in Murray’s live set.

Shadows In The Moonlight 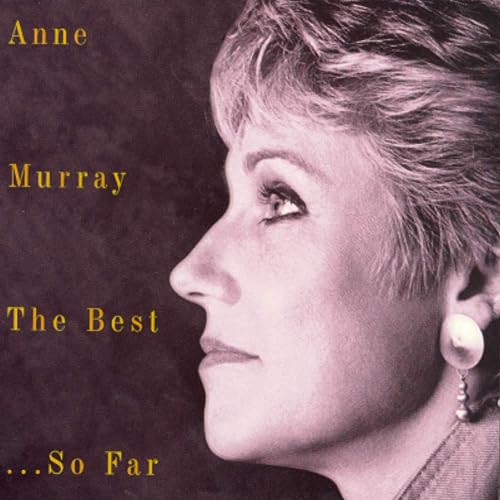 There are many reasons why this track is on this list of the best Anne Murray songs of all time. First and foremost, it’s a great Anne Murray song. Written by Charlie Black and Rory Bourke, “Shadows in The Moonlight” was the second single from the album New Kind of Feeling.

This song, along with a handful of others that Anne Murray recorded and released in and around this period, holds special significance. They mark her so-called “crossover” period.

Of course, country music fans were tuning in to hear her sing or buy her singles. But now, a wider group had begun to take notice, and this would mark a massive change for Anne.

“Shadows In The Moonlight” reached #1 on the Billboard Hot Country Singles chart, making it one of three chart-toppers for Murray in that year alone.

As mentioned, this was one of her big crossover numbers. And it made it onto the Billboard Hot 100, where it peaked at #25 and also spent three weeks on top of the Adult Contemporary Chart. 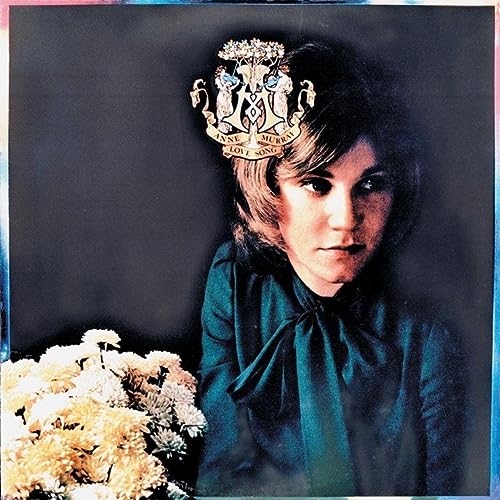 Originally, this number was penned by Kenny Loggins and Dona Lyn George and released on the 1973 album Full Sail. Another song from the “Danny’s Song” duo, so it made sense for Murray to have a go at another one of their songs. She even ended up naming the whole record after the song.

Once more, we have Anne taking something from one context and placing it in a different one. Less folky and laid back than the original, Anne’s rendition had crossover power like few others. And it would flex that power soon after its release.

Wasted no time climbing the charts…

Starting in Anne’s native Canada, the song climbed to #1 on the Top Singles chart, the Adult Contemporary chart, and the Country Tracks chart. In the United States, it reached #5 on the Billboard magazine Hot Country Singles Chart.

It managed to peak at #12 on the Billboard Hot 100. It also earned Anne the first of three Grammys; this one was for Best Female Country Vocal Performance. 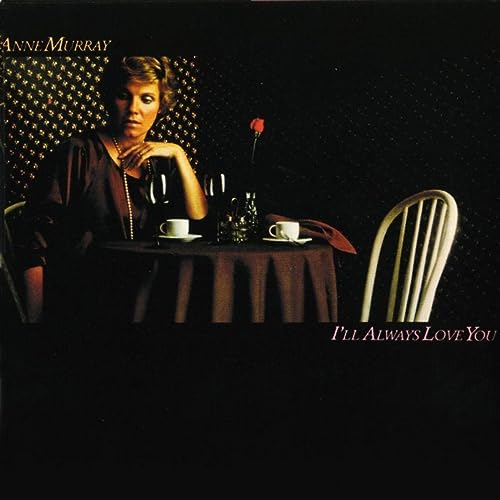 Once again, it wouldn’t do much until her vocal cords got hold of those words. It would be re-released as the first single from her album within a year.

“Broken Hearted Me” was #1 on the Billboard Hot Country Singles chart by December of 1979. But, like three of her other songs, it just missed the top ten on the Hot 100, peaking at #12.

It spent five weeks on the Billboard Adult Contemporary Singles chart, making it her fifth #1. In her native Canada, it was her twelfth #1 on the Canadian Country chart.

Album: Where Do You Go When You Dream 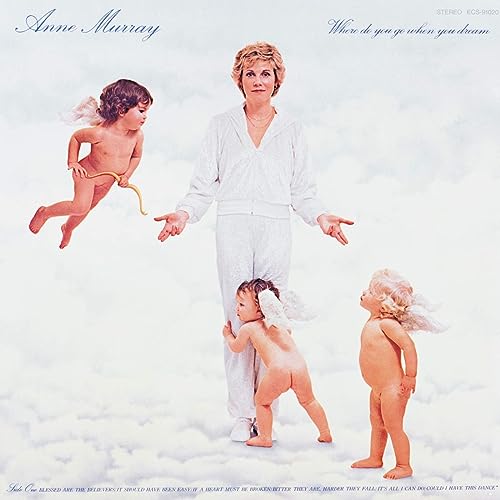 This one caught me off guard while I was listening to Anne’s material. That is why I ended up placing it on the list. There’s a more daring and spontaneous feel to this upbeat number. The rhythm and feel of this song are not unlike Olivia Newton-John’s “Magic.”

I will never begrudge Anne Murray her incredible ability to impart emotion and weight into a ballad while seamlessly keeping the sound “light.” However, it’s nice to see her break out of her wheelhouse and do something a little more on the wild side.

Some spontaneous vocal flourishes are a real treat. Furthermore, I was unable to get this one out of my mind for the rest of the week. It’s the perfect change of pace. And that makes it one of the best Anne Murray songs of all time.

Album: This Is My Way

The reasons for this one being on the list are. But, for me, it’s one of, if not the definitive Anne Murray song. It holds historical importance for her career as well. The song was originally penned by Canadian lyricist Gene MacLellan. Murray once told an interviewer:

“Gene told me he wrote [“Snowbird”] in twenty minutes while walking on a beach on Prince Edward Island.”

Viewed by many as Anne Murray’s signature song, “SnowBird” has helped to define Anne’s career like no other tune. Despite having been recorded by many other artists, she is the one who has made it hers.

Also, it charted as a top ten country hit in the US. In total, “SnowBird” has sold well over 50 million copies. As a result, it’s one of the most successful Anne Murray songs ever. 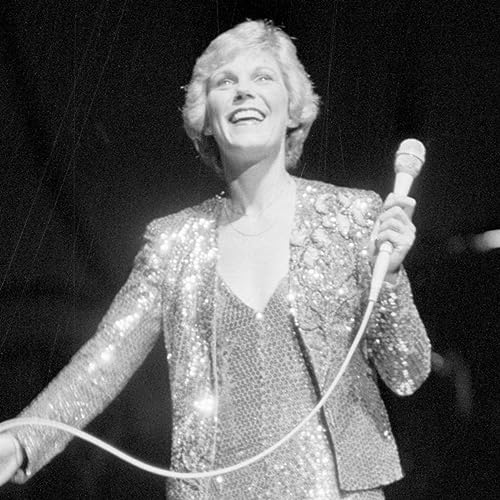 Originally written by Kenny Loggins, “Danny’s Song” was a gift to Loggin’s brother upon the birth of his son. It would later be featured on the debut album, Sittin’ In. The original version is well remembered and loved, but so is Anne’s.

When Anne chose to cover the song, she used her love for her son as the source of her emotion. It shines through beautifully in her performance on this recording. The song was transposed to a different key and omitted two of the verses. But, in this case, less was so much more.

So very much more…

“Danny’s Song” was a massive hit. It made it to the top ten on no less than three major US Billboard Charts. On the Pop chart, it peaked at #7, her first top ten entry on the chart since “SnowBird.” On the Country chart, it peaked at #10, and on the easy listening chart, it spent two weeks at #2.

The performance also earned Anne a Grammy Award nomination in the category Best Female Pop Vocal Performance at the Grammy Awards of 1974. So, it is fair to say this is one of Anne Murray’s most popular songs.

Album: Let’s Keep It That Way 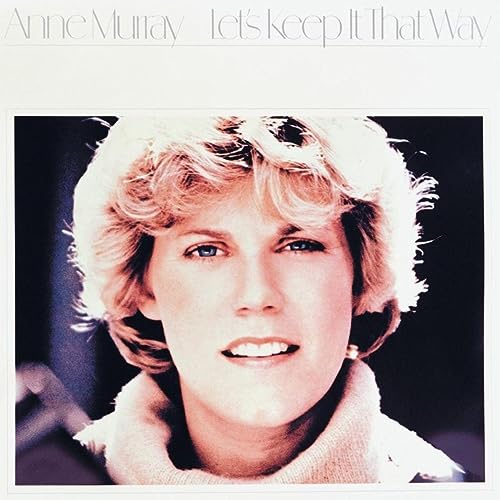 Originally written by Randy Goodrum, this song helped bring new life to Anne’s career after a bit of a quiet spell that lasted a few years. All I know is I’m glad she got in the booth for this one. It would later be covered by Boyzone, but Anne still knocks it out of the park for me.

“You Needed Me” was a huge hit, winning Song of the Year at the Academy of Country Music awards and peaking at #1 on the Billboard Hot 100.

Additionally, it was a #1 song in Malaysia for ten weeks. And set a record for chart longevity that stood until 1990, when it remained on the adult contemporary chart for 36 weeks.

The song also won Anne a Grammy for Best Female Pop Vocal Performance. All told, it’s one of the most well known Anne Murray songs worldwide.

And, don’t miss our comprehensive reviews of the Best Sound Quality Earbuds, the Best True Wireless Earbuds, the Most Comfortable Earbuds, and the Best Noise Isolating Earbuds currently on the market.

Whether she’s singing someone else’s song or her very own, Anne Murray has the uncanny ability to elevate a tune to the heights it was always intended. Never afraid to push herself and experiment with new sounds and ideas, the future is sure to hold just as much gold as the past.

I can think of no female Canadian singer who deserves higher praise when it comes to being a pioneer. Without her, so many others would not even know it was possible to have such success. 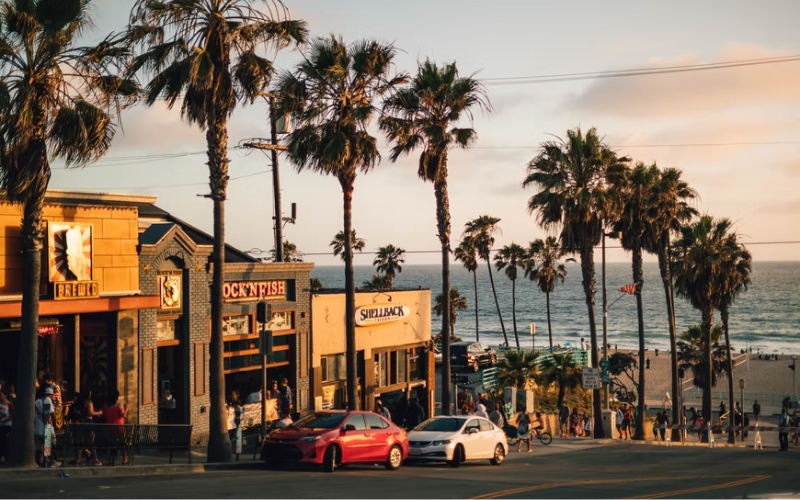 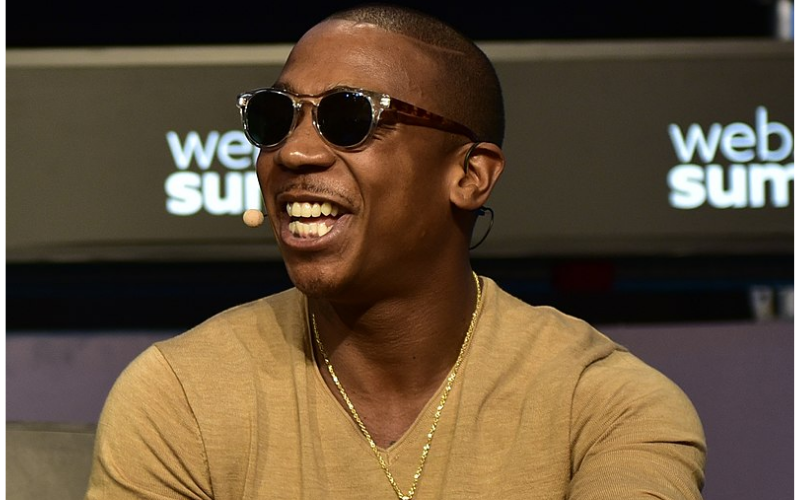 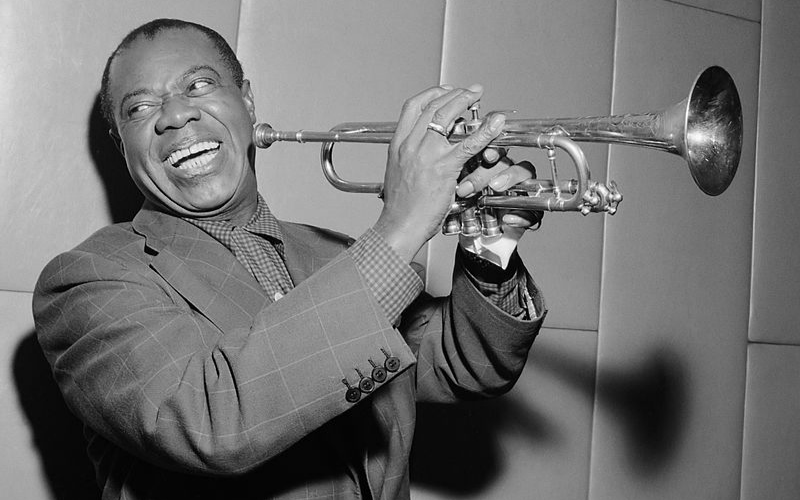