Since its founding in 1989, Behringer has built a reputation for designing professional audio products that significantly outperform their price point. The X32 Compact digital mixing console is proof that great gear doesn’t need to be prohibitively expensive. It provides you with everything you need to mix a live performance and record it with your favorite digital audio workstation (DAW).

To develop this excellent mixing console, Behringer has drawn on technology from Midas and Klark Teknik, both companies that have been part of the Behringer group since 2010. Midas is, of course, famous for its world-class mixing consoles. Klark Teknik produces professional signal processing equipment, including graphic equalizers, compressors, and their DN780 reverb unit. 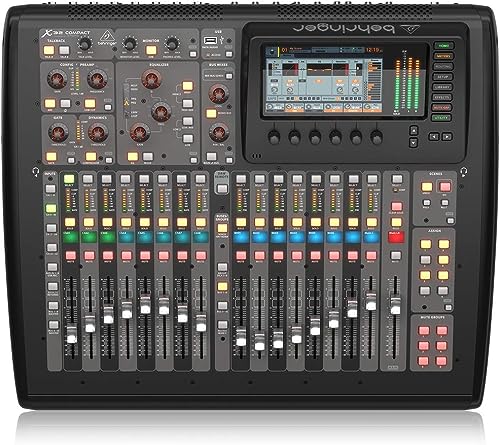 Here’s X32 Compact at a Glance

If you’ve been involved with live sound for a while, you’ve likely heard of the original Behringer X32 console. Functionally, one could describe the X32 Compact as an X32 with eight fewer channel faders, although it also offers a few new features.

The main CPU of the X32 Compact uses 40-bit floating-point DSP technology. This provides virtually unlimited dynamic range with no internal overload. And overall signal latency is a mere 0.8 milliseconds.

The X32 Compact can mix 40 inputs at once. There are 16 balanced analog inputs with Midas-designed microphone preamplifiers, six auxiliary line level inputs, including stereo RCA connectors, plus additional input and output through its dual Klark Teknik AES50 ports. 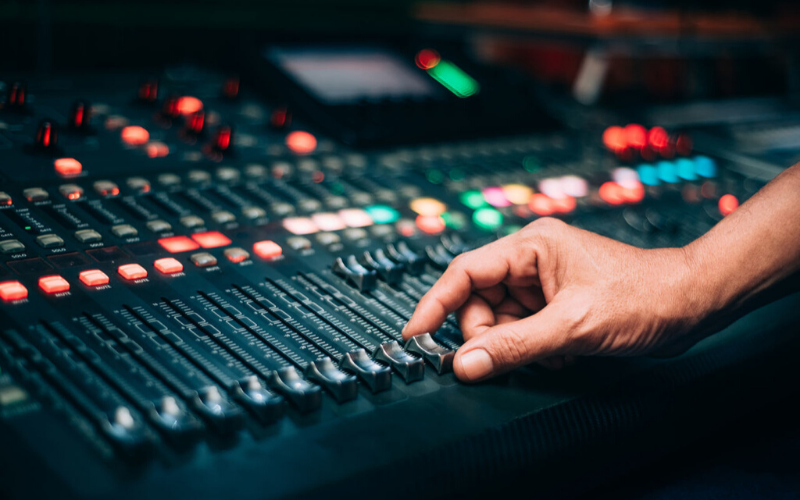 The signals are routed using a total of 25 buses. These comprise three main (left, center, and right) busses plus 16 auxiliary mixes and six matrix buses. Each bus includes a parametric EQ and dynamics processor.

X32 Compact includes eight effects engines that provide a variety of effects. These can be applied as conventional auxiliary effects with aux sends, or as inserts.

Bus signals are routed to 16 analog XLR outputs and 6 TRS jack outputs. There are also two quarter-inch headphone jacks, conveniently located on either side of the board. Finally, a talkback section works with an internal or external mic.

Other connections include Ultranet Out for personal monitoring options, MIDI In and Out, Remote Control ports, and a USB interface to connect to a DAW.

All signal routing and parameter settings are easily monitored via a large color LCD display, and several associated rotary encoders and selection buttons.

X32 Compact: Under The Hood

As with most digital mixers, the X32 Compact manages all its input channels in banks. To assign the eight channel strip controls to different channels, you select the appropriate bank. If your experience is mainly with analog boards, this workflow can feel unfamiliar at first. But once you get familiar with it, you’ll find that it’s simple and logical.

The X32 Compact lets you work with 40 simultaneous inputs. The 16 main balanced analog inputs with XLR connectors include Midas-designed microphone preamps. An additional six auxiliary line level inputs have quarter-inch TRS jacks, with additional unbalanced RCA connectors on inputs 5 and 6. All inputs have plenty of headroom, with a maximum input signal level of +23 dBu.

You may have counted only 22 inputs, not 40. That’s because there are also two AES50 ports, described in detail below.

What about audio outputs?

If you haven’t worked with a digital board, you might not know much about AES50. It’s an Audio Engineering Society standard for bidirectional transmission of multichannel digital audio over Ethernet cable. A single AES50 port can handle 24 input and output channels at 96 kHz, or 48 bidirectional channels at 48 kHz. 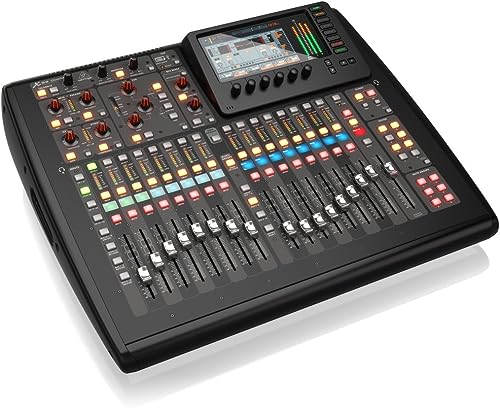 X32 Compact provides two AES50 ports that utilize the SuperMAC standard, so it can handle up to 96 channels in total.

What’s the advantage of this?

You can connect each AES50 port to Behringer’s optional S16 16-channel, or S32 32-channel Digital Snake and their P16M Personal Monitoring System. This modular design is sophisticated enough to handle a show of almost any size!

An Ultranet output can connect directly to Behringer’s Powerplay P16M Personal Monitoring System, if you don’t use a digital snake.

A USB and Ethernet connector let you control the X32 Compact remotely, using Behringer’s free X32-EDIT software for Windows, Macintosh, or Linux, or X32-Q for iOS or Android devices. You can run multiple instances at the same time to give performers the ability to mix their own personal monitors. 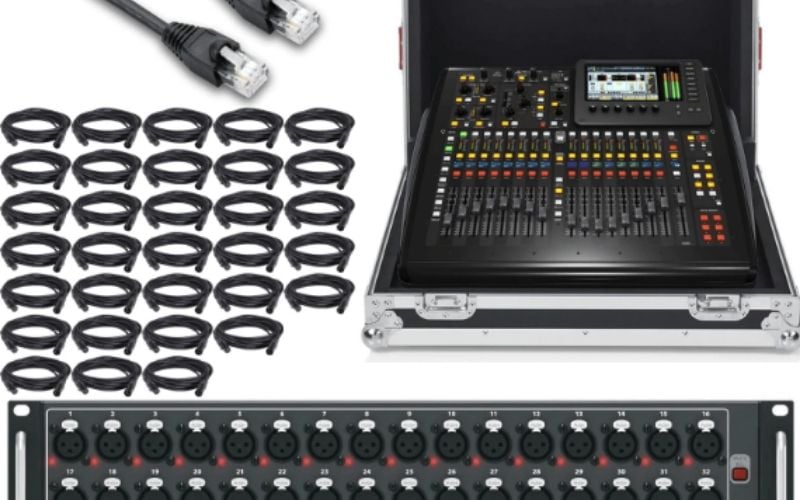 A second USB port is used to connect to your host computer, to record and/or play back recorded tracks.

MIDI In and Out ports allow you to utilize X32 Compact as a control surface for your digital audio workstation.

Finally, there’s a jack for an external talkback microphone, and a connector for a 12-volt lamp.

The signal path for the 16 main input channels is very full-featured. It includes polarity inversion, gain/attenuation of -12 to +60dB, delay up to 500 milliseconds, a highpass filter with variable cutoff, gating and ducking, and an insert point.

After this is a 4-band equalizer and compressor/expander, and their order in the signal path can be reversed. The insert point can be assigned pre- or post-EQ and compression.

The gate and compressor have filters on their key inputs. They can be set to highpass or lowpass mode with a 6 or 12 dB/octave slope, or to bandpass mode with variable bandwidth.

The channel path also includes channel solo and mute controls, the main fader, and a rotary panner. You can also route channels to the mix buses (pre- or post-EQ and/or fader) to create aux sends and audio subgroups.

What about the aux inputs?.

With the X32 Compact, you assign signals to 8 Digitally Controlled Amplifier (DCA) groups. These are controlled by the eight right hand motorized faders. 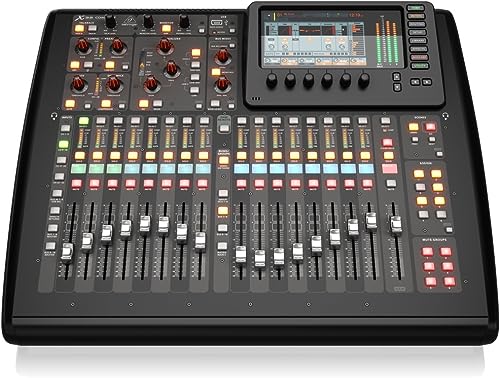 The first four effects engines can be used either as conventional auxiliary effects with aux sends or as inserts. The last four engines are used as inserts only.

Behringer claims that their effects are simulations of famous devices such as the Lexicon 480L and PCM70, the EMT250, and Quantec QRS. All effects sound excellent. The company has committed to developing new effects in future free firmware upgrades. Hopefully, that will include a vocal de-esser, which is missing in the current v3 revision.

Onboard processors can be inserted on the mix and matrix buses, including a “virtual effects rack” with emulations of classic outboard gear such as the Lexicon 480L and PCM70 digital reverbs we mentioned.

The upper right area of the X32 Compact is dominated by a large 7-inch thin-film-transistor (TFT) liquid-crystal color display. Bright enough to be easily viewable in daylight, the 800 × 480 screen makes it easy to view your workflow components and settings.

To the right of the screen are eight buttons to jump directly to different display and configuration modes. Additionally, there are eight user-defined buttons that you can program to access frequently-used options. All of these are clearly labeled, making the learning curve much more manageable.

In addition, each channel includes a 128 × 64 LCD scribble strip with an RGB color backlight. These are also bright enough to be seen in sunlight.

The Behringer X32 Compact console includes scene management. Below and to the right of the main display screen are buttons to scroll through saved scenes and instantly go to a selected scene. 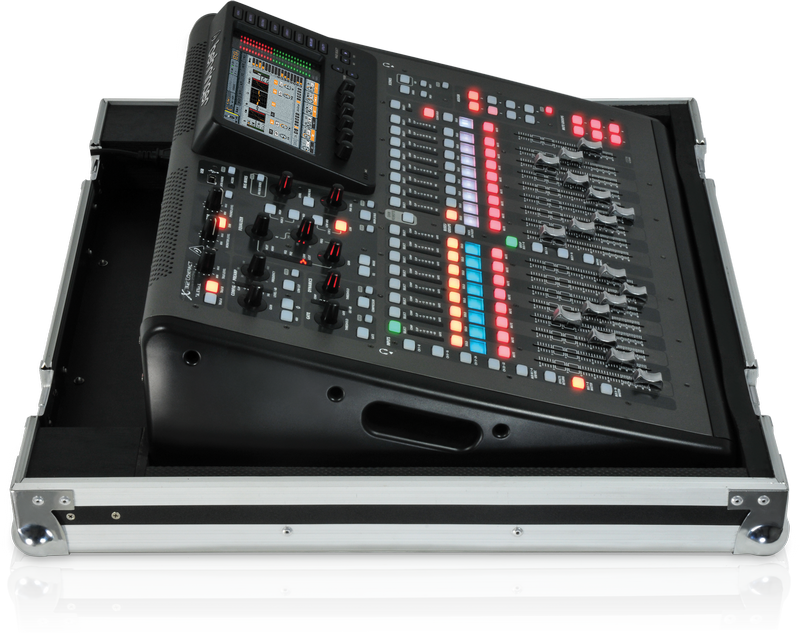 Below the Scenes section are eight programmable Assign buttons, which you use to call up any board parameter. With three banks, you have instant access to up to 24 features of your choice.

At the bottom right of the console are six Mute Group buttons. As a precaution against accidentally muting channels during a show when programming these buttons, you must first switch on the Mute Grp button next to the main display.

Behringer X32 Compact’s X-USB interface makes it possible to record up to 32 tracks directly into any ASIO or Core Audio compatible DAW, including Pro Tools, Logic, Cubase, Studio One or Reaper. You can also play back prerecorded tracks into your mix.

You’ll also need some of the Best Microphone Stands currently available to keep them in the perfect position.

The X32 Compact is a well-engineered and solidly-built digital mixing console. Its powerful CPU provides plenty of processing power with very low latency.

Right out of the box, you get a fully-functioning mixer that’s suitable for most small and medium-sized gigs. But you can also build a larger system around it, using Behringer (or third-party) SuperMAC-compatible digital snake and personal monitoring options. You can purchase a complete bundle that includes all these options.

All controls operate smoothly. The faders are fast, extremely quiet, and don’t jitter when making quick layer or scene changes. Rotary encoders move smoothly and with sufficient mechanical resistance to make precise settings easily. The main display screen is easy to read, even under difficult concert conditions, and for the most part, the text is clearly laid out.

The Midas-designed mic preamps are exquisite, a big selling point. They’re quiet and transparent, with all the headroom you’re likely to ever need.

How Many Channels Do You Need?

Other features that make the X32 Compact stand out are the dual AES50 ports that let you access 96 more sources and 48 destinations, and the free optional control software for a computer or mobile device.

Possibly the main limitation of the X32 Compact is that you get just eight input faders per layer, so you’ll be switching quite a bit. But of course, more faders means a larger, not so compact console that also costs more. Also, a vocal de-esser is noticeably missing, hopefully, to be added in a future firmware update.

For a product with this level of functionality and quality, the X32 Compact’s price is very attractive. It’s hard to think of any reason not to recommend it for almost any live venue. 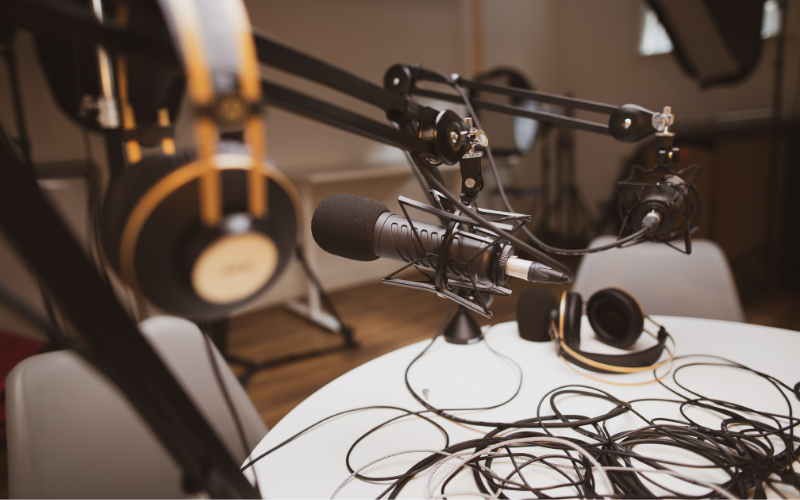 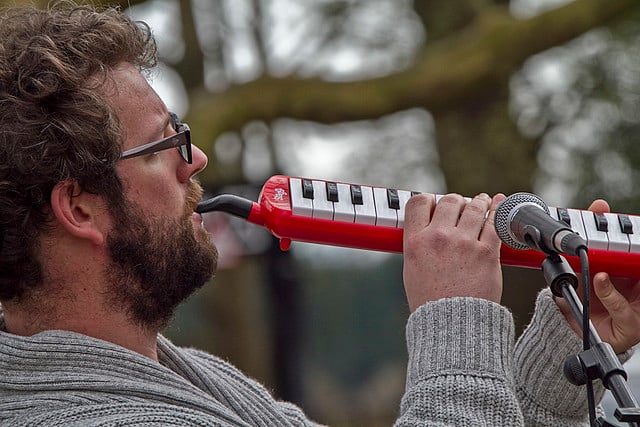 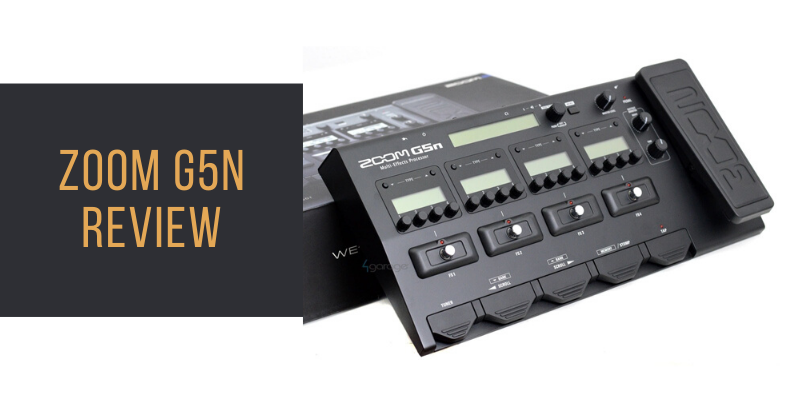