Improvements in the processing capabilities of computers brought forth a range of new industries. Now, as never before, new things are possible. One of those industries that began to see huge changes was music. Products like the interface in my BEHRINGER UMC204HD Review began to be thought about.

Until the 1990s, musicians had largely been held to ransom to make a recording by the studios. There were some good studios, some very bad ones, and then there were the pros. We couldn’t afford much, so the quality we got was about as bad as it could be.

But in the 90s, we began to see the first signs that we might be able to have a studio at home. Technology moved fast, and now we have them. And there are some very good options for equipment available that enable you to produce some more than decent results.

The Audio Interface, of course, is an important part of those requirements. Before it existed, it was MIDI-only recording. The creation of the Audio Interface means that we can now plug in our guitars, basses, and microphones. I am going to take a look at one such Audio Interface in this review of the Behringer UMC204HD.

When we see the name, it can feel like they have been around for a long time. Indeed, they were founded by a Swiss engineer as recently as 1989. Amongst some segments of the music world, they have built a stable reputation. But they are not appreciated by some who see them in an unfavorable light.

This is usually because the products are cheaper than many others. That will immediately make some think they are just going to be cheap and nasty, which is not the case.

Just because they don’t carry all the unnecessary flashy tricks that others possess, it doesn’t make them bad. They “do what it says on the tin.” And that, for many people, is enough. After all, who does not want an affordable and reliable audio interface?

We have personal experience with using their equipment. It has never let us down. Affordable, plain and simple is their motto. A good philosophy to have.

The majority of their products are designed in Germany and put together in “Behringer City” in Guangdong, China. They don’t place themselves, like some, at the top-end of the market. Rather they prefer to work on what you might call… budget products.

They fill a very important niche in the market. Those who are on a budget. And in my opinion, they do a good job and fulfill that role well. They will have malfunctions occasionally. All manufacturers do. But this is equipment that will do the job. The Behringer UMC204HD Audio Interface is one such product. So, let’s have a look.

If you are setting up your first small studio at home, you are going to need an Audio Interface. The Behringer UMC204HD is a good place to start.

It is easy to use and perfect for musicians, singers, and songwriters who want to start recording their material. It has all the connectivity you are going to need for guitars, basses, keyboards, and vocals. And, of course, MIDI connections as well.

But the icing on the cake with this interface is that it has two preamps that have been designed by the people at MIDAS. I will go back to those a bit later. Offering studio quality 24-bit/192kHz resolution, this is an excellent piece of kit. Making it one of the best performing budget audio interfaces you can buy.

Some of Behringer’s effects pedals and other products have a plastic case, but this audio interface is an all-metal construction. As a result, the build quality is better than some that cost far more. A nice design feature that is also practical is the rounded corners. This gives it a nice aesthetic but also means it won’t have any sharp corners, which could be painful.

The control knobs are plastic, but they are of good quality and feel substantial when you use them. And the pots are smooth in their operation.

It measures 7.28 by 5.12 by 1.97 inches and weighs just 1.5 pounds. Therefore, it is compact with a small footprint that isn’t going to take up much desk space. It is also light enough and easy to carry with you if you need it to be portable. In other words, it is one of the best portable audio interfaces on the market.

Let’s go back to the preamps that I mentioned earlier. As I said, these have been designed by MIDAS. The company was founded in London in 1970 and has a big reputation for building high-quality mixing consoles. These can often be seen at some of the larger studios but mainly on live sound stages at festivals and the larger performance venues.

They also make excellent equalizers and preamps. They were acquired by Behringer in 2009. MIDAS continues to manufacture their own quality products, but also now supplies preamps and other gear for Behringer products.

One reason why the Behringer UMC204HD sounds so good is the built-in microphone preamps. They produce a great sound that is clear with plenty of headroom. They have +48v Phantom Power, so if you prefer condenser mics, then that is catered for.

When you have plenty of operation features and options, then a control panel can sometimes look daunting. Furthermore, when you are dealing with a compact unit, it can look even worse.

A packed front control panel is certainly what we have here. However, it is well laid out and quite easy to use.

There are two MIDAS preamp XLR/TRS combination inputs with independent controls. Each input has a Gain control with a light to show when it is in use. As well as a red warning light to show if there is any clipping. Each channel has a push-button selector for Line or Instrument and a pad button to reduce the amount of input gain should you require it.

Finally, a button to choose between mono and stereo, and red and green indicators for MIDI in/out. Also, a useful Mix control and Main Out. There is a ¼-inch headphones socket and dedicated volume control with the indicator for Phantom Power if it is being used.

Some of the connection points are placed to the rear, which helps to reduce the amount of cabling that could get in the way. There are MIDI in/out connections for using MIDI equipment or keyboard controllers. Also, a USB port.

Located here is the switch for applying Phantom Power if you are using a condenser mic. And two stereo outputs plus connections for inserts and playback. Just about everything you are going to need, and all conveniently placed and easy to identify.

There is no doubt the inclusion of quality preamps has raised the bar with this audio interface. But there are other very good features built-in that also deserve to be mentioned.

The Direct Monitor function offers zero-latency monitoring. It will give you a clear representation of your performance without any lag or delays.

This is always an important feature that better interfaces usually carry. If you can’t hear what is going on clearly and accurately, you won’t be able to give your best performance.

The preamps and the 24-bit/192kHz sample rate are going to give you a great sound. A step up from the 16-bit sound so many still offer. The 16-bit rate is acceptable in some situations. But if you want a real quality recording, you need 24-bit.

Having combo inputs is always a big advantage and something not every Audio Interface carries. Therefore, any instrument or microphone can go in either channel. And as I have said, your condenser mic can plug in one either channel using the +48v Phantom Power.

And these days, there are some very “hot” active pickups on guitars. They can be quite ferocious in their level of output. Therefore, when you are recording, you need a way to be able to control those surges of power.

The inclusion of the pad control, with a simple push-button operation, will reduce the input gain and those excessive input peaks. They are placed on both channels to stop clipping that will occur by overloading the preamp.

On the rear, as we have said, send and return ¼ inch sockets to let you incorporate any external processors you may need. The USB port can be used with both Mac and Windows systems. As a result, this is a versatile USB audio interface that will work in the majority of home studios.

I have already made comments about the size and weight of the interface. The UMC204HD is small enough to be portable. If you need to use it away from home, then it isn’t going to be a problem to carry it around.

You would have to look hard to find a reason to not be impressed with this Audio Interface at its price point. The Behringer UMC204HD is an excellent piece of kit. And is certainly something to consider.

The build quality is good with a nice design, and the features are also good. But, as I said before, it is the inclusion of the MIDAS preamps that turns this Audio Interface from a good to a very desirable option.

If you are just starting to build a home studio, then you will need an Audio Interface. This is a USB audio interface with everything you need at a very cost-effective price. 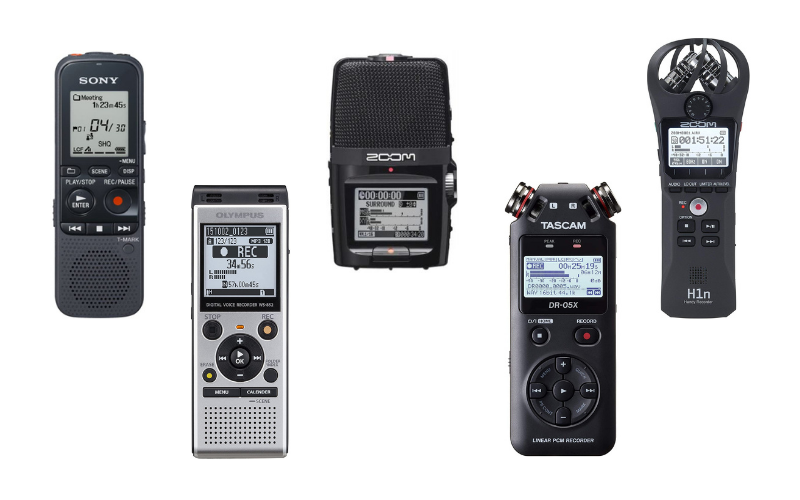 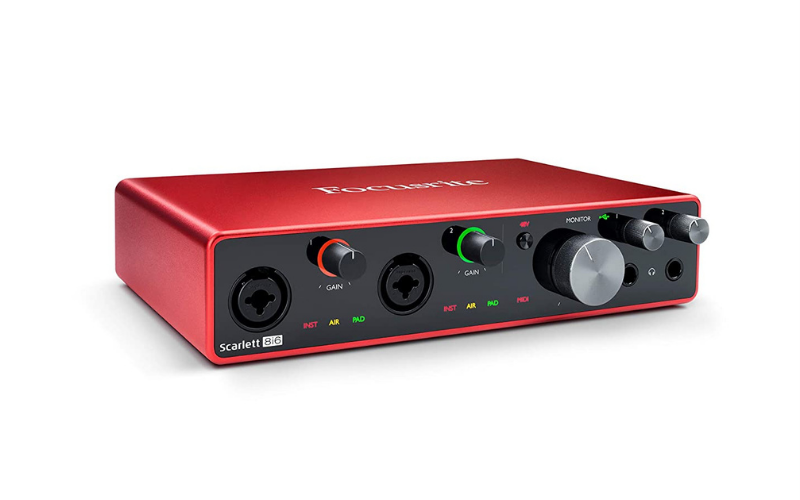 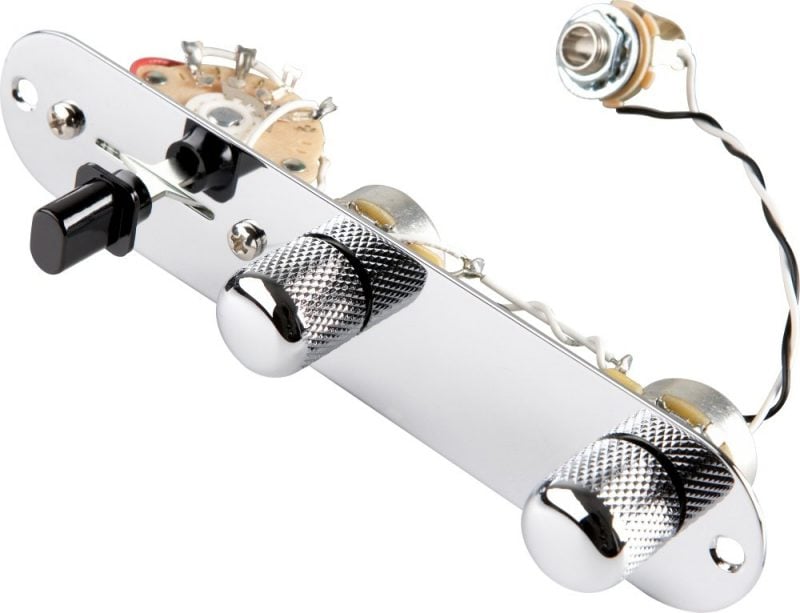