Microphones have come a long way since their invention in 1876. It has been an interesting journey that has seen incredible developments and changes. The changes brought about by the demand at any one time. This Audio-Technica AT2005USB Review is an example of where we are now.

We are all familiar with the great studio mics. The Neumann’s, AKG, the Sennheiser’s, and the Shure’s. They were all designed principally for the recording studio. But in later years, there has been the rise of DAW’s, podcasts, and the like. The need to be able to use a mic directly with a computer had arrived.

All of the real quality mics had XLR connections. Now we needed mics with USB connections. Technology emerging has driven another design change to consider. It didn’t take long for them to arrive.

But how many are there with a design that encompasses both XLR and USB connections? That opens up a range of options for use and all from just one mic. That is where we are now. The AT2005USB. A mic that has both options.

But before we take a look at it, who are Audio-Technica?

For some, they are a company that flies under the radar, which is a bit unfortunate. We say it is unfortunate because the quality of some of their products is outstanding. Microphones are just one example.

Founded in 1962 in Tokyo, they have become a respected manufacturer of microphones, headphones, turntables, and a variety of other music-related products. However, you won’t find them on any list of the top twenty studio mics. Although, the AT2020 Cardioid Studio XLR Condenser Microphone is recognized as being a very good studio mic.

Where you will find them is on the list for the best mics under $100 or $200. Because that is what they do. Produce good quality that everyone can afford. The Audio-Technica AT2005USB is a good example, so what is it all about? 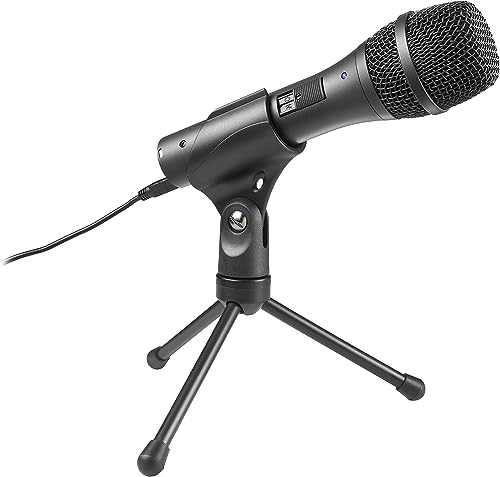 We mentioned the AT2020, and the AT2005 is built on that heritage. It can be said it is a real all-purpose mic. Performing at a good level in the studio, on stage, and in the field.

It is well made, so it is going to be able to take a few knocks if it needs to, and it offers two outputs. It will plug into both your stage sound system as well as the USB on your computer. And it fits perfectly with the recording software you use.

What you have then is a multi-purpose mic. Home studio, podcasting, outside broadcasts, recording vocals or instruments, and live performances. It’s all possible with this mic. If you want or need a handheld mic that can do it all, then say hello to the AT2005USB. So, let’s take a closer look…

If you are going to build a mic that can cope with all environments, then it has to be well-built. This mic is designed for that with its all-metal casing. It is designed to go straight out of the box. And as we have already said, it has both XLR and USB connections with cables included.

There is a built-in headphone jack that lets you monitor directly from the mic. It has an adjustable volume located with the jack socket on the bottom of the mic. On the body of the mic is an off and on switch.

Included is a sturdy tripod stand with a mic clip. Therefore, you can place the mic specifically for recording or use it as a handheld. It weighs only one pound, so it is easy to hold and carry around.

The Audio-Technica AT2005USB is a unidirectional dynamic mic with a cardioid pickup pattern. This pattern is the most widely used in studios and also in broadcasting. It has the advantage of excluding any unwanted sounds from the rear and most of the sides of the mic. This lets the mic collect sound from the target source placed in front of it.

The frequency range is a respectable 50Hz – 15kHz. That is a reasonably satisfactory high-frequency level. But the lows are possibly not deep enough, and you might miss any very low bass frequencies. Having said that, this is not really the mic for that type of recording. For voice especially, the frequency range is perfectly acceptable.

The sample and bit rate comes in at 24-bit/48kHz. Again we have to say not spectacular but adequate. Certainly, a step up from the 16-bit you sometimes find.

The AT2005USB gives you a good analog to digital converter that gives you excellent fidelity. It is compatible with both Mac and PC’s.

We have already mentioned that this mic is ideal for a variety of tasks in different environments. Its cardioid pattern means it will excel at recording a vocal in a home studio, and even be good for some instruments. Although, as we have already pointed out, it is not well-suited for bass.

For interviews and podcasts, it can be handheld, or you can use the included tripod and mic clip. For recording on location, you will probably use it as a handheld mic. These are all scenarios where you can use the USB connection to go straight into a computer.

For other studio work or live performance connections to a PA, you are likely to use the XLR. Versatility is the name of the game with this mic. 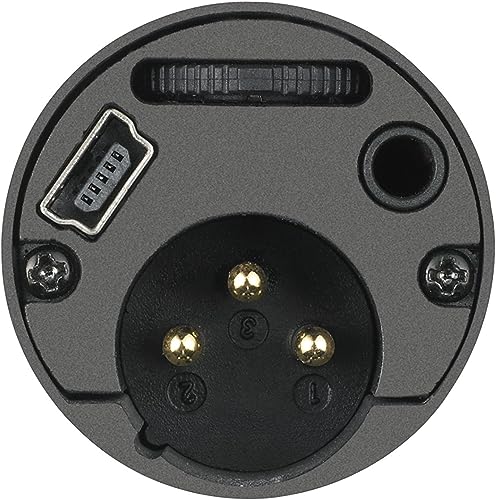 For what is essentially a budget, cost-effective mic, the performance is very good. We have already alluded to the variety of user options, and it performs quite well at all of them.

The diaphragm is low-mass, which provides a good smooth frequency response. Having said that, it does lend itself more to podcasting and interviews rather than some applications. In a studio environment, vocals will be okay. But anything that requires any depth might struggle a little.

As is the case with many products that have a variety of uses, it tends to be a master of none. But the price point makes the performance more than acceptable if you are not expecting too much. 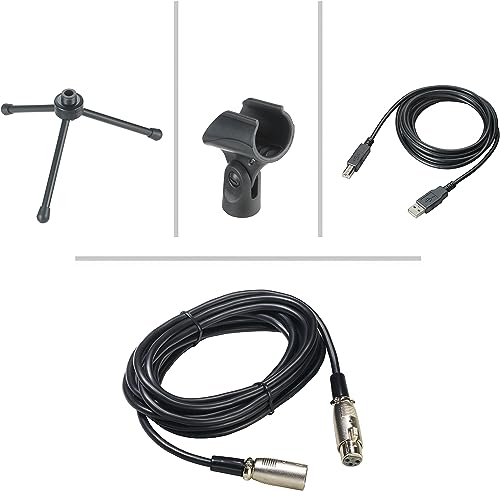 To make sure this is a ‘straight out of the box and go’ mic Audio-Technica has given you some useful extras. The USB and XLR cables are a good addition, as are the tripod stand and the mic clip.

We do feel that it will perform better in the USB world of podcasting and interviews. But the fact that there are XLR options is a plus point. It does make other uses possible. And certainly, for recording vocals, it will do a basic but acceptable job. 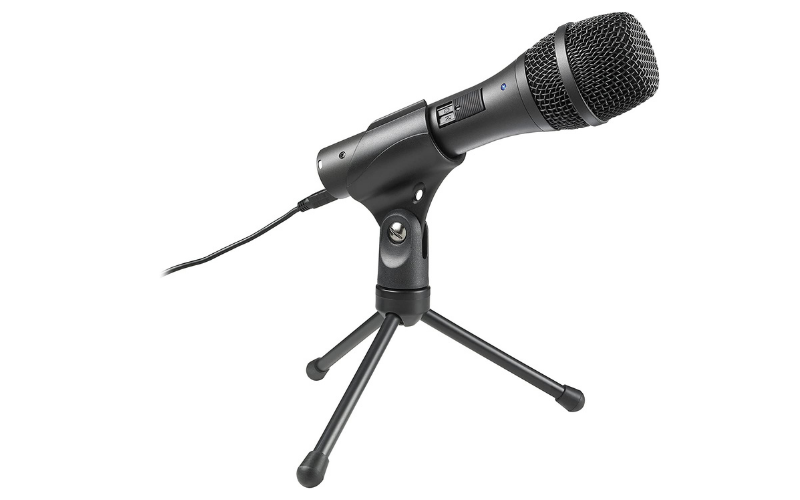 There are people operating on a budget that probably wish they had one mic to do all they need. This is what this mic has been built for. As such, it ticks just about all the boxes. With such a competitive price point, this mic becomes a good option. Audio-Technica has done it again and produced another quality product at a great price. 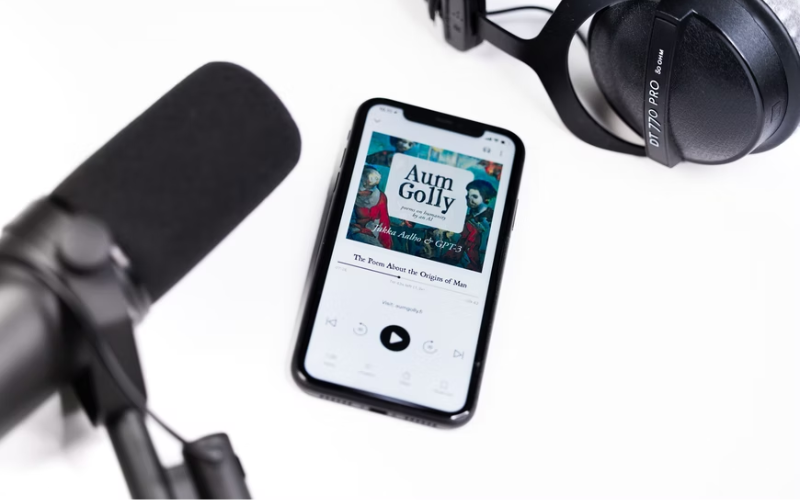 How to Connect an External Microphone to an iPhone? 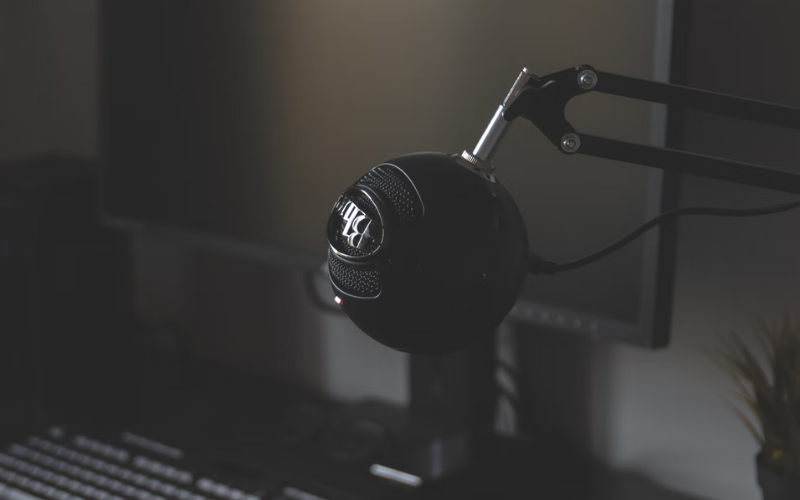 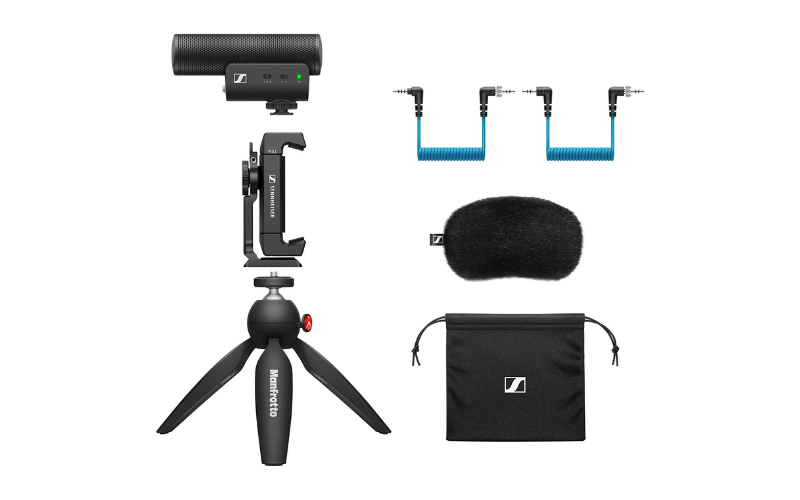