Long has the A50 sat atop the mountain that is Astro line of gaming headsets and to be fair, gaming headsets as a whole. And for good reason. With every generation of this flagship model building on the previous successes, and receiving rave reviews from both users and critics – especially 2018’s Gen 3.

So, with a couple of year-long hiatus, it is safe to say we were over the moon when the all-new headset and base station finally arrived at the office! And it was time to write this ASTRO A50 Gen 4 Review.

With some obvious design changes and some less obvious differences inside, this generation 4 model brings the Astro A50 back to the very top of the pile. AS well as re-cementing the A50 as one of the best wire-free gaming headsets available to gamers today.

Hold up, do you really need a gaming headset if you already have a decent set of headphones?

That’s a bit of a tricky question to answer because it comes down to personal preference. But, with the major consoles not supporting Bluetooth integration, if you want a fully wireless gaming experience, then yes – you will need to buy a gaming headset.

And trust us, you will not regret buying the Astro A50 for even one second. With a slew of gaming-specific controls, an almost overly comfortable fit, and a price tag that’s not going to cause pulmonary issues, the Gen 4 A50’s are our number one pick for gaming headsets right now. 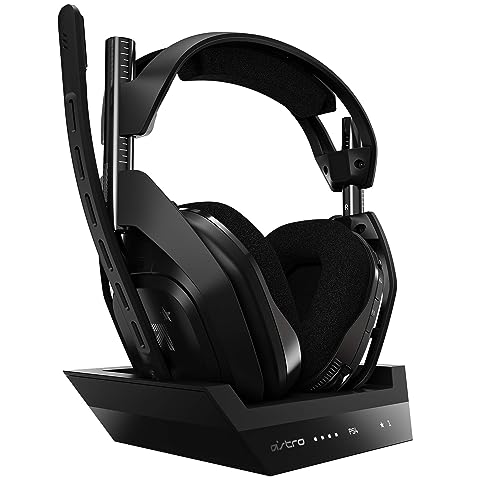 Aesthetically there haven’t been major changes. The Astro A50 Gen 4 wireless gaming headset has lost a little bit of its bulk for a slightly sleeker, more minimal look. This is not too dissimilar to the cheaper Astro A40.

Choice of consoles…
The new color patterns are less flashy and more neutral, with darker tones taking the forefront. Both versions – Playstation and Xbox – are predominantly a matte black affair, with the Xbox set having a smattering of gold for the printed design on each earcup.

The Playstation version received a more understated gray inlay. Both versions will work with either PC or MAC, so no need to worry. And don’t worry if you own both consoles! The base station makes it possible to use either version with either console.

The longevity of a set of headphones is one of the factors that we take seriously when scoring. And the Astro A50 Gen 4 scored pretty highly here. Rock-solid, industrial-grade plastics make up the majority of the outer layer, but it’s not as sturdy as a whole metal body.

Don’t let that worry you, though!

This plastic outer layer is industry standard these days, and helps reduce weight and increase comfort levels. There is no need to stress about the possibility of these breaking easily, as the construction is second to none. Our set has survived multiple falls (and just rough treatment in general) without any problem. The hinges are all metal and move with ease, never feeling flimsy.

In terms of stability, the A50 does a great job for a set of gaming headphones. This isn’t to say that they are suited for exercise – they’re not – but, for hours-long gaming sessions, this is perfect. The pressure exerted against the head is minimal. This is great as it reduces heat issues.

The earpads and the headband both have the same memory foam inner and soft cloth covering. But, one of our favorite things about the A50 is that changing these is so simple! The A50 mod kit offers the opportunity to switch the default earpads for a faux leather covering, which we found supremely comfy. Overall, we score the design and construction is a solid 9 out of 10.

The left earcup houses the boom mic assembly. This mic setup does not retract and cannot be removed. However, it rotates upwards to get out the way, and it automatically switches off when it has been moved upwards. 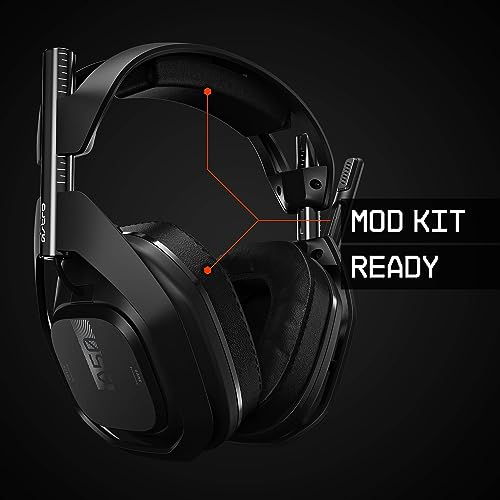 Simply unbelievable! Our online buddies were blown away with the jump in quality when we tested these against the previous model, and when used for recording, they truly shine.

On the right earcup, we find all the control buttons. Astro have been generous here – something we love to see on gaming headsets. There is nothing more annoying than being deep in a mission and having to pause the game (if that’s even possible) to change any of the sound settings.

If you are used to using music-centric headphones, then you might be surprised at the lack of playback controls on the A50. However, in reality, they would just be taking up space and adding to the cost of this set.

Instead, Astro have included all the most important controls for gamers – a large and easy to use volume wheel, a button that switches the EQ preset, two buttons that control the mix of in-game and voice chat volumes, and a button to switch surround sound on and off.

Let’s have a quick chat about the base station…

This is, without a shadow of a doubt, the best base station in any headphones assembly we have reviewed, gaming, or otherwise!

On top of letting you wirelessly charge the headset, it shows all the most important statuses at a glance. These are the battery level, connection point, Dolby surround sound status, and which EQ preset is activated. On the backside is a multitude of ports meaning any connection is a breeze.

The battery assembly here is quite interesting. Sporting a longer life than most competitors – we averaged 16.5 hours between charges. Plus, they can be recharged whilst in use (something a lot of gaming headsets lack), and can be fully charged in two hours by plugging into the micro-USB port, or wirelessly in about four hours.

There is also a handy auto-off timer, which turns off the headset after eight minutes without movement. This is controlled by an internal accelerometer, and unless you are stone-still while playing, this will only engage when you take them off. 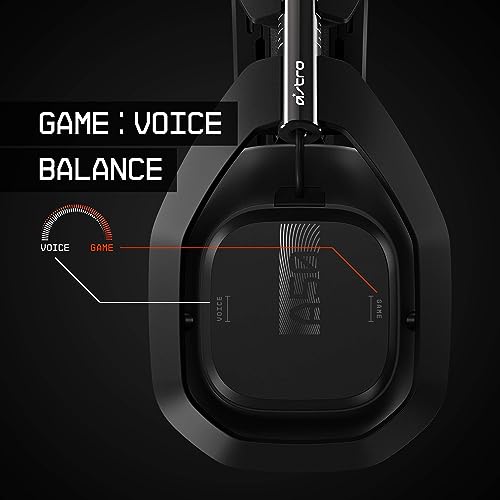 We are just going to say it. The Astro A50 Gen 4 takes sound to a whole new level for wireless gaming headsets. However, this is not the loudest headset, and it does not create a perfect seal. But, if you are looking for perfectly balanced audio that suits gaming and music, then your search is over!

To say that gaming headsets are, in general, bass-heavy would be the understatement of the year. Or the decade…

We decided to chuck in Red Dead Redemption 2 to start the test, and we are glad we did. The opening scenes are about as cinematic as it comes, and with the Dolby surround sound engaged, it felt like we were in a cinema. It was an extremely immersive experience, to say the very least.

The way they handled the loud, low rumblings of explosions and heavy artillery fire, to the high pitched, staccato cracks of an M50 in “Battlefield I” genuinely shows off the range and power.

And when it comes to music, these bad boys dealt with everything thrown their way. From gypsy jazz to hardcore death metal, classical to RnB – the Astro A50 Gen 4 had no problems in providing the goods.

If you’re not quite sure your budget can stretch to the A50, then take a look at our reviews of Astro A40 TR Mixamp Pro TR, our Astro A40 TR X Edition review, the Astro Gaming A20, or the Astro A10.

It’s no wonder that the Astro A50 Gen 4 wireless gaming headset is a true contender for our top pick of gaming headsets. With subtle styling, robust construction, high comfort levels, a great battery assembly, and the best sound in class, anyone would be hard-pressed to find a better set. 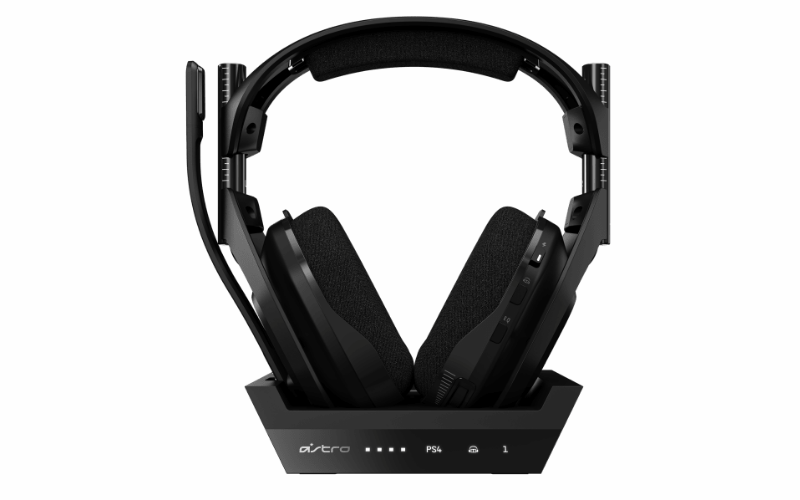 Yes, there are cheaper options available, but if you are on the hunt for a top of the line, flagship gaming headset, then you’ve just found them! 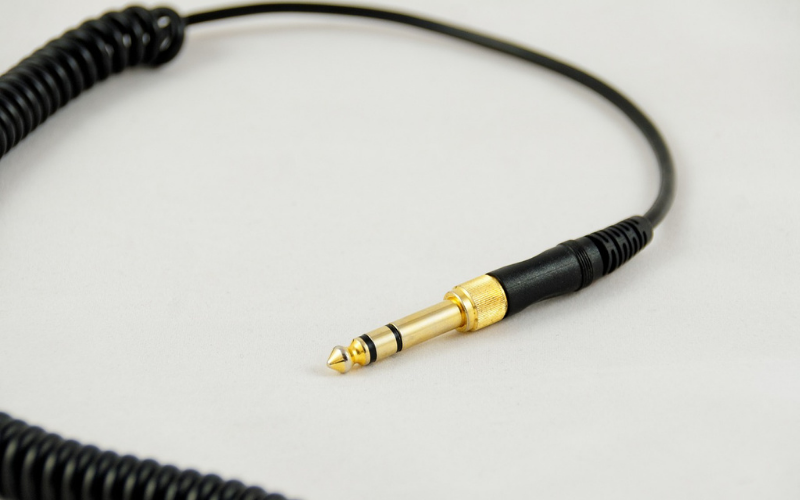 Using Headphone Jack as Microphone – Things You Should Know 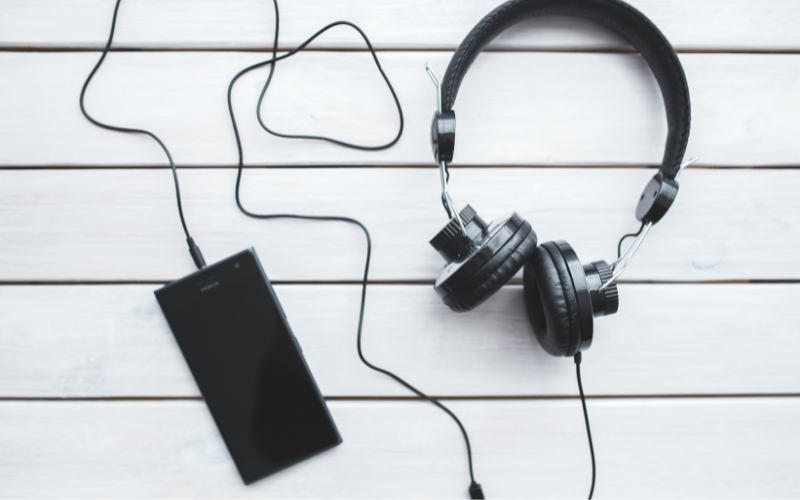 How to Remove a Broken Headphone Jack 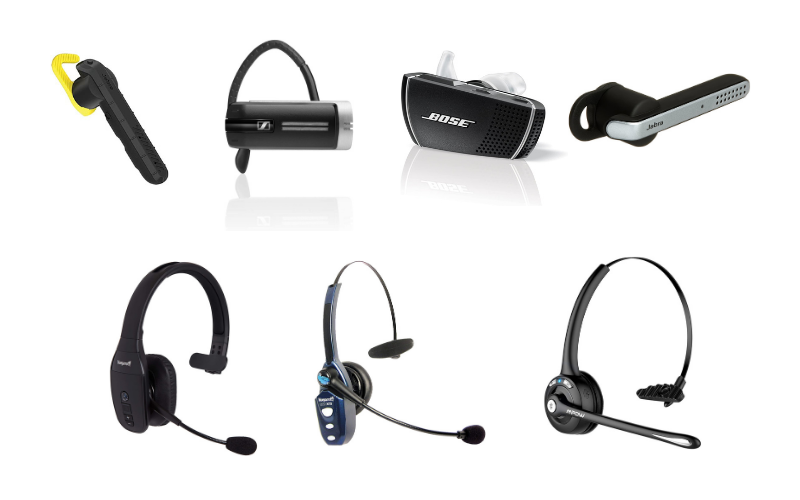