So, where exactly do you start with this one? Everybody has their favorite bands and singers. Their favorite genres of music. You tend to learn what you like. Not always a good thing, of course. The more styles you get to play, the better for your own musical development.

It is not possible to include every style and every genre. And when you start, you need to learn basic things. The quicker you can play along with something, the better you will feel about playing. This will encourage you to keep playing and learn more, which will eventually make you the guitar player you want to be.

Learning guitar is not just about chords and notes, either. It is also about rhythm and timing. I have therefore put together ten great songs that most of you should be familiar with. They each have their own styles, and each will help you develop as a guitar player. Enjoy.

So, let’s go take a closer look at 10 Easy Songs to Learn on the Electric Guitar…

Knocking on Heavens Door by Bob Dylan Chords – Am, C, D, and G

A simple song that is a little bit different from what we were used to from one of the masters of observational songwriting. The tempo is slow, and the chord phrasing is relatively easy. But it is a great song for keeping a simple timing while changing to easy chords.

Start with a simple down rhythm on the first bar of every beat, then increase the number of them until you can play one on every beat of each bar. After you can do this (or if you can do it already), try a simple – down – rest – down – down-up rhythm on each beat. This can also be thought of as D R D DU.

The rest is very important because it gives this long space allowing it to breathe; with music, less is often more.

Making those chord changes easy and smooth will help you start to move your fingers and hand efficiently.

Knocking on Heavens Door is a great song throughout your musical development, not just at the start. Once you get a little better, it is superb to learn to pick on, and as you improve even further, it’s one of the most fun early chord progression to improvise over. A great song for learners – through and through.

Ain’t No Sunshine by Bill Withers Chords – Am, D, Em, and G

Bill Withers produced with this song an instantly recognizable sound. It has a simple but effective chord structure that keeps a steady rhythm. It doesn’t sound complicated. But mastering this rhythm with the chord changes has big advantages.

It will help you on your way to producing a solid rhythm on the guitar. Something that is going to be very important for you later on.

As with all these songs, start slowly and concentrate on getting things right; it is better to play a song perfectly slowly than quickly but with lots of mistakes. Accuracy produces speed; it’s just a matter of time and practice. 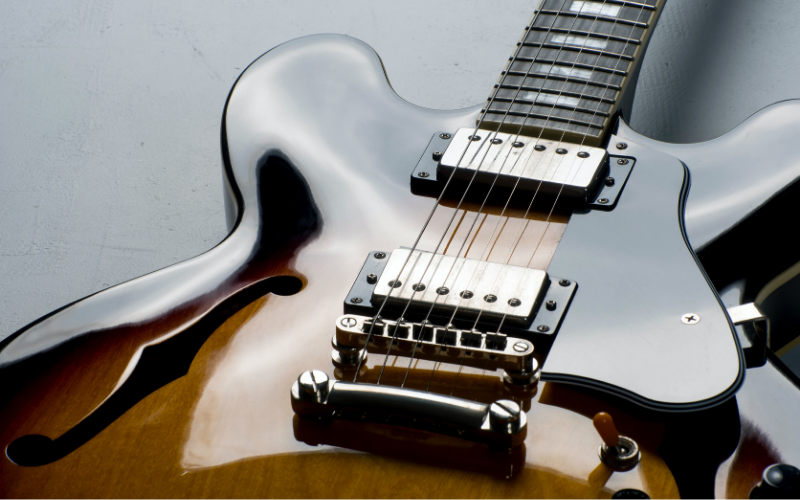 Another master of the observational style of writing, Paul produced a song that can pull you apart with its lyrics. The chord changes come reasonably quickly at times. They are basic chords, but it is important to make those changes smooth.

Ensuring you get your fingers in the right place for each chord will be important. Learning to play this song will help you achieve that.

It includes what for some of you might be a more difficult chord, Bm. This is a headache when you first learn it, but soon becomes easier. A great tip is to play the chord, then release the strength in your fingers but still keep them on the strings. Then as you strum the chord, press down on all fingers to play the chord, afterward relax them again.

Do this over and over again until your hand starts to work as one. When this has happened, you will have developed muscle memory. Now try taking your fingers off the strings completely and then play the chord and press them down. With time you can move your fingers further and further away from the neck and still do this.

Works on any chord…

This simple tip can be used for all chords but is particularly helpful for barre chords, so spend a few minutes doing it on any difficult chord and watch the magic results when you come to play a song containing that chord.

Another instantly recognizable song. I have included this song because there are two different rhythms. The chords are basic and easy to play. But the rhythms are the things that will make you work.

Going from a song that gently rocks along to a much more somber style will help you ‘feel’ the difference. It will also help you to appreciate and learn to play both styles.

This is the most basic version of the song; as you improve, you can add all the other chords, minor 7ths, dominant 7ths, etc., etc., etc.

There had to be one from the most influential band we have ever seen. And, of course, probably the greatest modern-day songwriting partnership. This is a good example of how a couple of chords, if played correctly, can make a song swing along.

George made the difference with his rhythm playing on his Custom Fender Telecaster with this one. The song relying on his 2 and 4 beat upstrokes. It is, therefore, a great song to practice those steady upstrokes while also keeping time and observing the accented chord changes.

This song was written by Dave Mason, then of the UK band, Traffic. I have included this as it is going to make you work hard. And it will help you learn how to play ‘across’ a rhythm. The chords don’t stretch you too much, just two of them. But Dave wasn’t writing this for the number of chords, it is the rhythm that makes it.

That rhythm is created by three things, one of them the Guitar. The piano is doing one thing and is most prominent. But just listen to that bass underpinning with a series of neo-funky bass lines. Carol Kaye, of course, who else?

But then the guitar is rattling along behind and underneath them. Not playing ‘with’ them but ‘across’ them. Keeping it tight and very, very simple.

Producer Denny Cordell at Olympic Studios in London did a great job of pulling them all together. Now go master that laid back guitar rhythm, and you will be on your way.

Dreams by Fleetwood Mac Chord – Am, G, and F 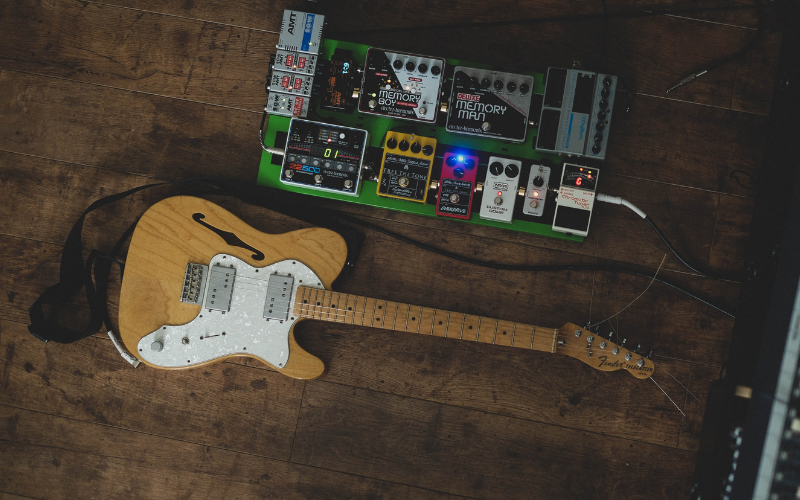 Just as the last song requires a steady rhythm to ensure it retains its feeling, the same applies here. Lindsy Buckingham is a master of that, as he is of most things to do with the guitar. The chord changes are simple and won’t present a problem, but it’s the fluency that is important here.

Changing quickly and smoothly is very important, as is ensuring that the rhythm is not disturbed by unneeded accents.

The Rolling Stones are probably better known for their more upbeat and sometimes out-of-date recordings. But this song proved that they could indeed write very good songs.

This is a song with simple chords, but the chord changes can be quite quick. I have included this because it gives you two learning opportunities. To start with, you can strum along with the rhythm.

Once you have mastered that, you can try picking out individual notes from the chord instead of just strumming. You can hear them on the original recording played by Big Jim Sullivan.

So as we near the end of your look at 10 Easy Songs to Learn on the Electric Guitar, let’s up the tempo a bit. Recorded at Olympic Studios in London in 1972, this was produced by Glyn Johns.

Their first single, it has become a country-rock classic. And a great song to just kick back and strum along to. Clean chord changes are required, as is a steady rhythm which is why I have included it.

To finish up, it is probably time we started to introduce a bit of ‘riff’ playing. It is simple enough, but the important thing is the timing. As an added extra, there is also a tempo change that incorporates some straight strumming with no accents, giving you two great opportunities to learn from it.

There are loads of great books available to help you. If you are a complete beginner, then I would recommend the…

Or if you just want to learn some more chords, then take a look at…

Teach Yourself to Play Guitar Chords

Plus, you’ll need an amp (unless your an acoustic player, of course), so check out our in-depth reviews of the Best Practice Amps, the Best Guitar Headphone Amps, the Best Mini Amps, the Best Modeling Amps, or if you really want to go for the tone, the Best Low Watt Tube Amps currently on the market.

10 Easy Songs to Learn on the Electric Guitar – Final Thoughts

So many to choose from?

There are so many others that could have been included. But in choosing these, I have tried to give you some variety.

So that’s it. All you’ve got to do now is dim the lights, plugin, and turn the amp up and enjoy.

Find out all about Art, as well as all our other writers on our About Us page. 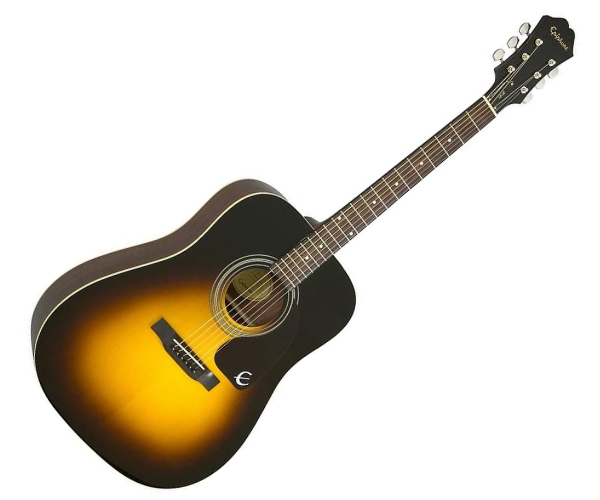 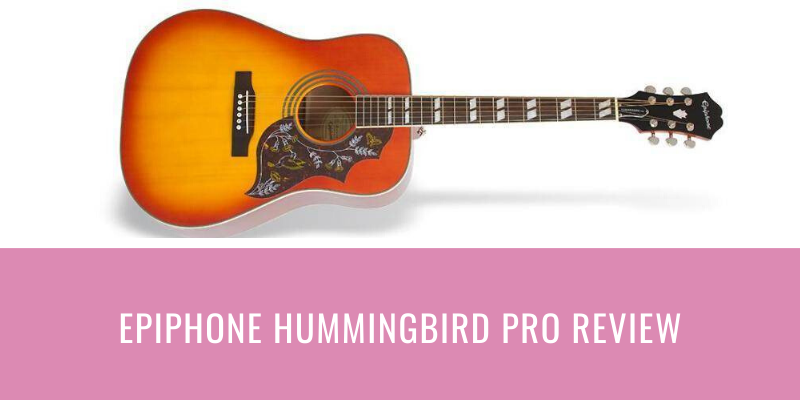 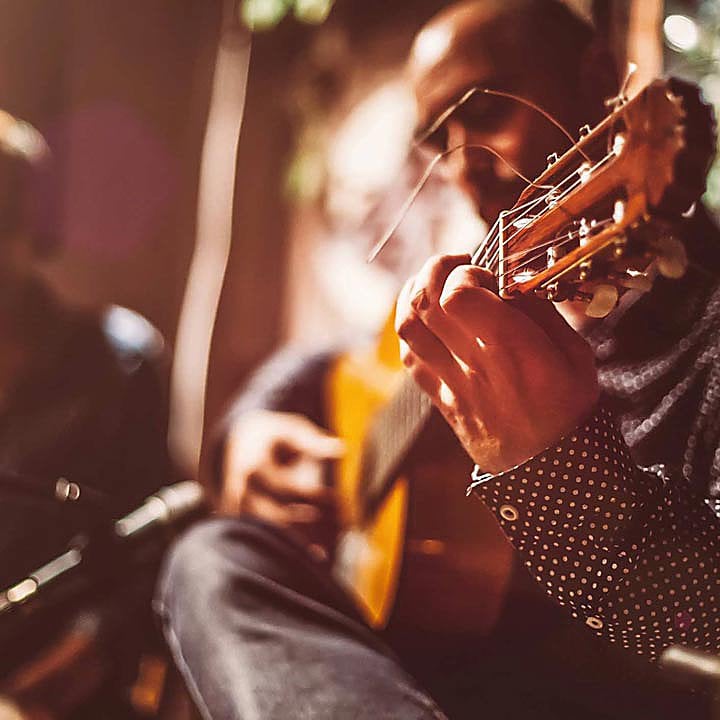